Not Just Business as Usual

Event Will Honor Companies that Have Evolved and Persevered 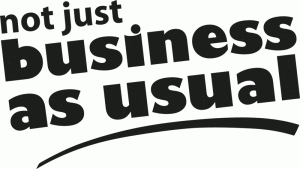 Mike Oleksak was talking about all the changes that have taken place within this region and its business community over the past 10 years, and how they can make one pause and reflect, not only on what’s taken place, but what is likely to happen next.
And in a nutshell, this is the unofficial purpose, and theme, of an event called Not Just Business as Usual, slated for April 26 at the Log Cabin Banquet and Meeting House. It comes as Springfield Technical Community College’s annual fund-raiser in support of the school’s foundation and entrepreneurship programs — centered around the Western Mass. Entrepreneurship Hall of Fame — enters its second decade. And, thus, it is an appropriate occasion for looking back and ahead, while also honoring two companies that are in that hall of fame — Balise Motor Sales and Smith & Wesson — that embody the perseverance and willingness to change needed to survive and thrive today, said Oleksak, executive vice president of Commercial Banking at Berkshire Bank.
“These are companies that have not simply responded to changes in the marketplace and evolved to become more competitive in a more global economy,” said Oleksak, “but they’ve expanded, assuming large amounts of risk in the process, while adding jobs and a measure of momentum to our economy.”
Recognizing these accomplishments will be one of many highlights of the evening, said Oleksak, noting that keynote speaker Al Verrecchia, chairman of the board at Hasbro and former president and CEO of the company, will have some insightful thoughts on business, the seemingly constant state of change, and how to thrive in this environment.
But the spotlight will also be put on Balise and Smith & Wesson, two inspiring stories for the region, said Oleksak, not merely because of these companies’ success in their sectors, but also for their leadership when it comes to giving back to the community.
“There are a number of companies that have weathered storms and done well, altering their business model and adapting to change in the process,” he explained. “What we wanted to do with this event is take a hard look at two companies that have done that while also giving back.”
Elaborating, he said that Balise has built several new dealerships over the past several years in Western Mass. and also in Rhode Island, while donating money, time, and energy to a number of regional programs, especially those involving education. Meanwhile, Smith & Wesson, another contributor to education-related programs, especially those involving the manufacturing sector, has expanded and diversified its operations, while recently announcing plans for moving one of its divisions, its hunting-rifle operation, to its Roosevelt Avenue complex, adding 225 jobs in the process.
Tickets for Not Just Business as Usual are $175 each, with tables of 10 available for $1,500. More than 300 tickets and several sponsorships have already been sold, said Oleksak.
To see more information about the event, visit www.notjustbusinessasusual.net

What: Not Just Business as Usual
When: April 26
Where: The Log Cabin Banquet & Meeting House
Honorees: Balise Motor Sales and Smith & Wesson
Keynote Speaker: Al Verrecchia, chairman of the board and former president and CEO, Hasbro Inc.
For More information: Visit
www.notjustbusinessasusual.net