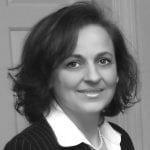 Elms College has appointed Bernadette Nowakowski as its new vice president of Institutional Advancement, effective Feb. 1. Nowakowski has served in various roles in the college’s Institutional Advancement office since 1996. Her collaborative and collegial style embraces shared responsibility and accountability in creating a positive, team-oriented environment to achieve results. Her proven ability to engage and develop effective relationships with key constituency groups, including individuals, corporations, and foundations, has built a solid track record in solicitation of major gifts and strategic fundraising. Most recently, she has served as the assistant vice president of Institutional Advancement since 2017. She has been responsible for co-creating, implementing, and evaluating a comprehensive development plan, as well as participating in intense fundraising planning. She also has provided leadership and strategic direction in IA through exploration of new fundraising options while overseeing major gifts, annual giving, and endowed-scholarship and planned-giving programs. Nowakowski is a current member of the Planned Giving Group of New England, the Assoc. of Fundraising Professionals, and the Council for Advancement and Support of Education. She previously served on the board of Women in Philanthropy of Western Mass. as membership co-chair, as employee campaign coordinator at United Way of Pioneer Valley, and as a member of the Women in Philanthropy of Western Massachusetts and Cooperating Colleges of Greater Springfield Grants Group. She also served on Elms College’s presidential search committee in 2016-17 and its strategic planning (fiscal stability) committee in 2016. In her new role, Nowakowski will be responsible for the planning, management, and execution of a comprehensive advancement program, including oversight of all fundraising initiatives. 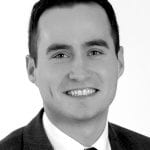 Attorney Michael Fenton was named a shareholder at Shatz, Schwartz and Fentin, P.C., the firm announced. Fenton concentrates his practice in the areas of business planning, commercial real estate, land use, and estate planning. He earned his law degree and MBA from Western New England University in 2012 and his bachelor’s degree in political science, cum laude, from Providence College in 2009. He is admitted to practice in Massachusetts and Connecticut. He has been selected as a Super Lawyers Rising Star every year since 2014, was named one of the Top 25 Up and Coming Attorneys in Massachusetts by Massachusetts Lawyers Weekly, and was honored by BusinessWest as a 40 Under Forty award recipient in 2012. Active in the Western Mass. community, he volunteers for several organizations and has served as a member of the Springfield City Council since 2010. 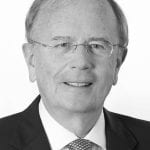 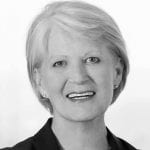 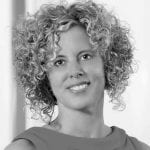 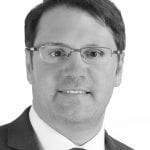 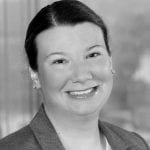 Skoler, Abbott & Presser, P.C. announced that three of its attorneys, Ralph Abbott Jr., Susan Fentin, and Marylou Fabbo were selected to the 2018 Massachusetts Super Lawyers list in the field of employment and labor law. Additionally, attorneys Spiros Hatiras, president and CEO of Holyoke Medical Center and Valley Health Systems, announced the appointment of Jennifer Fischer as chief experience officer at Holyoke Medical Center. Most recently, Fischer served as an account leader and coach for the Studer Group, an outcomes-based healthcare-consulting firm. In that role, she had a track record of six years of leading healthcare organizations in their service-excellence journeys, achieving targets for patient experience across multiple service lines, creating and sustaining leadership-development programs, and helping executive teams manage change. Fischer’s prior experience included director-level positions at Wuesthoff Health Systems in Rockledge, Fla., and Door County Memorial Hospital in Sturgeon Bay, Wis. She received her bachelor’s degree from Ripon College in Wisconsin, a master’s degree in arts management from Columbia College in Chicago, and her bachelor’s of science in nursing degree from the Rush University Medical Center in Chicago. She also received a juris doctor degree from the John Marshall Law School in Chicago. 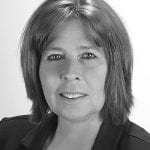 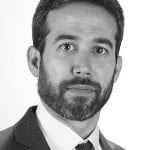 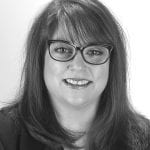 Florence Bank has hired a new bank officer and promoted two employees. Linda Haley will serve as commercial loan administration officer of the Commercial Loan Department in the main office in Florence, Andrew Tulis was promoted to assistant Bank Secrecy Act (BSA) officer, and Heidi Hoover was promoted to the position of assistant vice president, Compliance. Haley joined Florence Bank in October 2018 with more than 30 years of banking experience. She currently attends the New England School for Financial Studies at Babson College. Tulis joined Florence Bank in November 2011. Prior to his recent promotion, he had served as BSA administrator. Tulis earned a bachelor’s degree in journalism from New York University and graduated with honors from the New England School for Financial Studies. Hoover joined Florence Bank in May 2015 with nearly 20 years of banking experience. She holds a bachelor’s degree from UMass Amherst. Prior to her recent promotion, she served as compliance specialist. She serves her community as a board member for the Western Massachusetts Compliance Assoc., a member of the Baystate Medical Practices Patient and Family Council, and a volunteer for Pioneer Valley Habitat for Humanity. 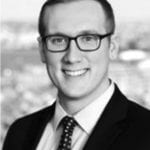 Pension & Benefits Associates Inc. announced the addition of Michael Shea to its team in the role of retirement consultant. He will focus on retirement business development, assisting plan sponsors and managing all aspects of clients’ retirement, including plan design, investment due diligence, and employee education. Prior to joining Pension & Benefits Associates, Michael Shea most recently worked as a defined contribution investment sales specialist for BlackRock, the world’s largest asset manager. He also previously served as a regional sales director for Columbia Threadneedle Investments. A 2010 graduate of the Isenberg School of Management at UMass Amherst, he started his corporate career as an implementation analyst for Empower Retirement.

After 27 years of service to the Pioneer Valley, Suzanne Beck announced that she will retire as the Greater Northampton Chamber of Commerce’s executive director. She cited the completion of the chamber’s strategic plan as the ideal time to pass the baton. The strategic plan, to be launched over the coming months, is a commitment to serve the health and vibrancy of the community at large as an extension of the growth and strengthening of the business and nonprofit communities under Beck’s leadership. Highlights of Beck’s accomplishments include working with Hampshire County business, nonprofit, and community leaders to create the first economic-development strategy serving all of Hampshire County; supporting a group of young professionals to form Northampton Area Young Professionals (NAYP), now in its 10th year supporting the career and community interests of emerging leaders; partnering with the United Way of Hampshire County to create Leadership Hampshire County (a precursor of Leadership Pioneer Valley) to connect, train, and support business and nonprofit leaders with a shared interest in community leadership; and partnering with the Three County Fair Assoc. and the city on redevelopment of the fairgrounds and construction of new barns. 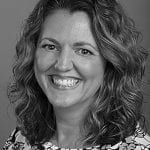 Jasmin Hutchinson, associate professor of Exercise Science and Sport Studies and director for Sport and Exercise Psychology at Springfield College, recently had an article, titled “The Influence of Self-selected Music on Affect-regulated Exercise Intensity and Remembered Pleasure During Treadmill Running,” selected as the Sport, Exercise and Performance Psychology (SEPP) Paper of the Year for 2018. The award is given annually to the first author of an article published in SEPP based on the article’s innovation, methodological rigor, quality of data analysis, significance of the issue, and quality of writing. The award consists of free registration to the annual American Psychological Assoc. Convention and the presentation of a certificate of achievement at the convention. In addition, the paper appears as one of the sample papers on the journal website. 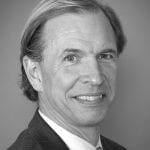 Westfield Bank announced the appointment of Daniel Danillowicz as assistant vice president and mortgage loan officer. He will be based at the bank’s 10 Hartford Ave. office in Granby, Conn., providing mortgage origination for customers throughout Connecticut as well as those in Westfield, West Springfield, and Southwick. Danillowicz has more than 25 years of mortgage lending experience, most recently as senior loan officer with Washington Trust in Glastonbury, Conn. and as a mortgage specialist with Farmington Bank in West Hartford, Conn. He received a bachelor’s degree in economics from the University of Hartford. Arrha Credit Union President and CEO Michael Ostrowski recently welcomed Pamela Sanborn as its new assistant branch manager in West Springfield. She has more than 20 years of banking experience, and was recently assistant branch manager at Polish National Credit Union’s Westfield branch. Sanborn has served as ambassador at the Westfield Chamber of Commerce and an American Relay for Life volunteer as team captain, and is active in promoting awareness of bone-marrow disease and testing for donors. She graduated from Saint John’s School of Business.