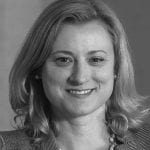 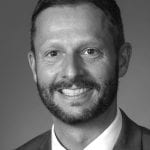 Tom Senecal, president and CEO of PeoplesBank, announced four appointments: Amy Roberts to senior vice president and chief Human Resources officer, Steven Gardner to assistant vice president and East Longmeadow Banking Center manager, Jacquelyn Guzie to assistant vice president and regional manager for First Suffield Bank (a division of PeoplesBank), and Nicole Stevenson to West Springfield Banking Center manager. Roberts oversees all human-resources and employee-engagement activities for 325 employees spread over 21 banking centers and three additional locations under development in Massachusetts and Connecticut. She leads a team that is responsible for talent recruitment and development, HR compliance, benefits, employee relations, compensation management, and HR-related associate communication. She has extensive experience in leadership development and coaching, change management, performance improvement, organizational learning and development, and employee engagement, as well as more than 20 years of experience serving in leadership positions in human resources. She holds a master’s degree in human resource development from American International College and a bachelor’s degree in communications from Bridgewater State University. She has also earned certificates in leadership development and succession planning, talent development and retention, and human capital management principles from the Human Capital Institute. Roberts’ volunteer service includes serving as a board member for the Center for Human Development, the United Way of Hampshire County, Leadership Pioneer Valley, and the STCC Foundation, as well as serving as an advisory board member for Big Brothers Big Sisters and a Read Aloud volunteer for Link to Libraries. In his new position, Gardner oversees and manages all aspects of a full-service banking center, including staffing, sales, lending, operations, business development, and community relations. He has 18 years of financial-services and banking experience. He holds a bachelor’s degree in business management from Westfield State University and an associate degree in retail management from Holyoke Community College. He serves as vice president of the East Longmeadow Rotary Club, is a member of the ERC5 and West of the River chambers of commerce, and is a volunteer for Revitalize CDC and Junior Achievement. In her new position, Guzie is responsible for assisting in the growth of relationships for the Connecticut region. She has 20 years of banking experience. She holds a bachelor’s degree in business administration and an associate degree in business administration from the New England College of Business and Finance. She has served as treasurer of Suffield Chamber of Commerce and president of Suffield Rotary Club, is a member of the Asnuntuck Community College Foundation, and has volunteered for Suffield on the Green, the Suffield Business Showcase, and the Suffield Volunteer Ambulance Assoc. In her new position, Stevenson oversees and manages all aspects of the West Springfield banking center, including staffing, sales, operations, business development, and community relations. She will also ensure that the banking center exceeds service and sales goals, provides excellent customer service, operates according to all bank policies and procedures, and serves as a leader within the community. She has 10 years of banking experience. She holds an associate degree in business administration and management from Holyoke Community College. Her volunteer service includes serving as a committee member for the West Springfield St Patrick’s Day, Holyoke St. Patrick’s Parade, and the Agawam St. Patrick’s Day celebrations. She also served as booth chair for Credit for Life Springfield and is a Big Sister for Big Brothers Big Sisters of Hampden County, second vice president of the Safe Deposit Group of Western Mass., financial group volunteer for Rays of Hope, and a volunteer for Rebuilding Together. She is a member of the finance group for JDRF, the Irish Cultural Center of Western New England, and the Young Professional Society of Greater Springfield. 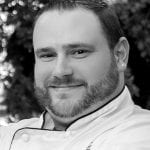 Waterford Hotel Group announced three appointments at the Williams Inn. Kevin Hurley has been appointed general manager, Kevin DeMarco was named executive chef, and Darcy Lyle is director of sales. The new Williams Inn, located at the corner of Latham and Spring streets in Williamstown, will open on Aug. 15. Owned by Williams College, the inn will replace the current Williams Inn, which will continue to operate through July 31. With more than 15 years of experience in the hospitality industry, Hurley has dedicated his career to the hospitality industry by taking on various roles at several hotels and resorts in the U.S. in addition to his native Canada. Prior to joining the Williams Inn, he worked as assistant general manager at the Kimpton Taconic Hotel in Manchester, Vt. He has also held posts at Omni Hotels and Resorts, the storied Charles Hotel in Cambridge, and Fairmont Hotels & Resorts. He completed his undergraduate studies at Bishops University in Sherbrook, Quebec and later went on to earn a master certificate in hospitality management from Cornell University. A graduate of Johnson & Wales University in Providence, R.I., DeMarco has honed his culinary skills up and down the East Coast over the past 13 years. He joins the Williams Inn team from the Newport Restaurant Group in Newport, R.I. His last post was as chef tournant at Castle Hill Inn, a historic Relais & Châteaux property in Newport. He also worked at Grande’s Bella Cucina in Palm Beach, Fla. and Public Kitchen & Bar in Providence. He is a SWE-certified specialist of wine and spirits. Lyle brings a wealth of knowledge to the Williams Inn with 28 years of experience in the hospitality and sales industry. Prior to joining the Williams Inn, she worked in sales at the Clark Art Institute, and has also held positions in operations and sales at numerous hotels throughout the upstate New York region, as well as the New York State Hospitality and Tourism Assoc. She attended Herkimer Community College, where she received a degree in tourist facilities and management promotion. While in school, she interned with Disney, where she found her passion for the hospitality and tourism industry.

Commissioners representing their respective Hampden and Hampshire county communities selected Kimberly Robinson to take the helm of the Pioneer Valley Planning Commission as current Executive Director Tim Brennan prepares to bring his more than four decades of service in that role to a close this summer. Since 2011, Robinson has been executive director of the Truckee Meadows Regional Planning Agency, which serves three counties anchored by Metro Reno, Nevada. Previous posts held by Robinson also include head planner for the city of Detroit and planning manager for the Washoe County Department of Community Development. Pending a successful contract negotiation, Robinson and Brennan will work together to identify a time over the next few months for the transition to occur. 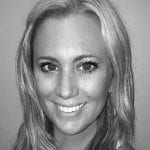 Springfield Technical Community College (STCC) announced the appointment of Aimee Dalenta as chair of the Early Childhood Education Department and Nancy Ward as Early Education and Care Pathways grant and activity director. Among Dalenta’s roles is to oversee STCC’s new child development associate (CDA) plus certificate of completion program, which is designed for early-childhood educators and school paraprofessionals who want to get their CDA credential and earn college credit at the same time. Dalenta, a professional in the field of education for 14 years, has held roles as a classroom teacher, owned and operated her own preschool, and served as an educational consultant. She has worked at the college level for six years, training future teachers to succeed in the classroom. She will earn a doctorate in education from American International College in August. She received her bachelor’s degree in education from Springfield College and master’s degree in education from Western New England University. In her new role, Ward will help launch STCC’s new child development associate (CDA) plus certificate of completion program. She has worked in the field of early education and care since 1987, when she began working as a resource developer at New England Farm Workers’ Council’s voucher child-care program. She became the director of the program in 1989 and continued in that role for 14 years. Ward also worked in the Early Childhood Department at the Collaborative for Educational Services for 15 years, in a variety of positions supporting the professional development of early educators. She holds a master’s of education degree in curriculum and instruction with a specialization in literacy from Lesley University in Cambridge. She earned her bachelor’s degree in elementary education at UMass Amherst. Monson Savings Bank announced that Darlene Mark has joined the bank as vice president and commercial loan officer, and David Babine has come on board as the bank’s newest mortgage loan originator. Formerly with Country Bank, Mark has been in banking for 20 years. Her entire banking career has been spent in commercial lending as a credit analyst, portfolio manager, and presently as a commercial loan officer. She has a bachelor’s degree and MBA in business administration from Western New England University and is also a graduate of the Stonier Graduate School of Banking at the University of Pennsylvania and the Massachusetts School for Financial Studies at Babson College. Actively involved in the community, she is a finance committee member of Ludlow Boys and Girls Club and volunteers for Junior Achievement. Babine brings close to 20 years of experience in banking, many of those in residential lending. He is a graduate of Westfield State College with a bachelor’s degree in communications. He also obtained a master’s degree in education psychology and an advanced graduate degree in guidance counseling from the American International College. He has spent some time as a school counselor at various local high schools and volunteered as a local athletic coach. On June 20, the Horace Smith Fund held its 120th corporators’ meeting at the Carriage House of Storrowton Tavern in West Springfield. Present at the annual meeting were the corporators who unanimously voted to elect Thomas Senecal, president of PeoplesBank, as a new Corporator. Senecal has more than 25 years of experience in the financial-services industry. In 2016, he was elected president and CEO of PeoplesBank, previously serving as the bank’s executive vice president and chief operating officer. He is a graduate of the Isenberg School of Management at UMass Amherst and is a certified public accountant. He also attended the Tuck Executive Program at Dartmouth College. In addition to his new appointment with the Horace Smith Fund, Senecal also serves as a corporator for Loomis Communities. Following the annual meeting, the Horace Smith Fund awarded $411,000 in scholarships and fellowships to students who will be pursuing undergraduate and graduate degrees this fall. 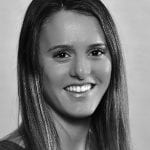 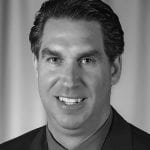 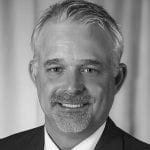 Freedom Credit Union (FCU), a Springfield-based, full-service financial institution with 11 branches throughout Western Mass., announced it now offers an in-house FCU Investment Services division, growing and enhancing a service it previously outsourced. As part of this expansion, Jack Vadnais was named director of FCU Investment Services, and Michael Johnson was hired as associate director. As director, Vadnais will manage all aspects of the division and assist clients in achieving their financial goals. He has been working with members of Freedom for eight years as a financial advisor. A Navy veteran, he is a graduate of Bridgewater State College, a certified financial planner, and a licensed insurance agent. In his role as associate director, Johnson will work mainly with Freedom’s clients in the Franklin County area, advising them about their investment portfolios and providing information about the credit union’s available financial services. Prior to joining Freedom, Johnson served for nearly 15 years as vice president and financial advisor at Greenfield Cooperative Bank. He received his bachelor’s degree in economics from UMass Amherst and is a Paul Harris Fellow. A former long-time member of the Rotary Club of Franklin County, twice serving as its president, he also served as vice president of the Greenfield Community College Foundation. 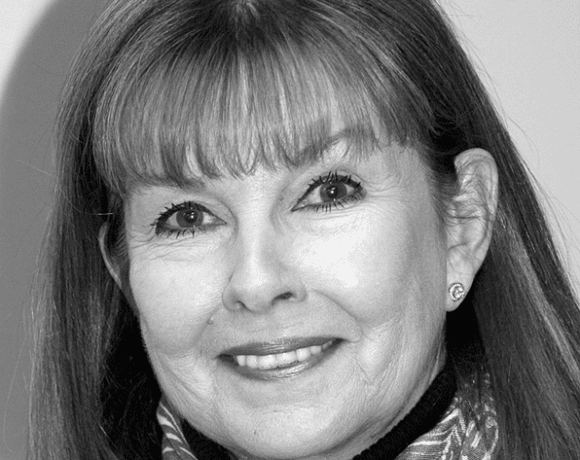