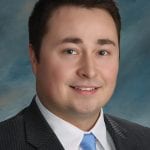 Bacon Wilson announced that Jonathan Breton has been named the firm’s newest shareholder. Breton has extensive experience in business law, with particular emphasis on commercial transactions, including business formation, mergers and acquisitions, matters of corporate governance, and commercial loans. In addition to his experience with business law, Breton also works on all aspects of commercial and residential real-estate matters. He is licensed to practice in both Massachusetts and Connecticut. 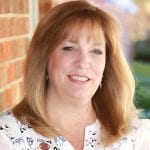 Sue Drumm was installed as the 2020 president of the Realtor Assoc. of Pioneer Valley (RAPV), a nonprofit trade association with more than 1,800 members. More than 140 people were in attendance at the 105th annual installation of officers and directors held on Jan. 9 at the Log Cabin in Holyoke. Drumm is a Realtor with Coldwell Banker Residential Brokerage in Longmeadow. She has been active in real estate since 2009 and has served on the RAPV board of directors since 2013. She is involved in several committees at the association, including the community service, education fair and expo, finance, government affairs, and member engagement committees. In addition to the president, the 2020 RAPV officers installed include Elias Acuña as president-elect, Shawn Bowman as treasurer, Cheryl Malandrinos as secretary, and Kelly Page as immediate past president. Directors include Arlene Castellano, Luci Giguere, Lori Grant, Sharyn Jones, Peter Davies, Janise Fitzpatrick, Sara Gasparrini, Cheryl Malandrinos, and Clinton Stone. 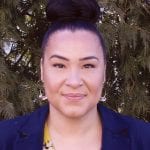 Webber & Grinnell Insurance recently welcomed Pamela Ortiz as a business development specialist working in its Holyoke branch, Ross, Webber & Grinnell. She will be responsible for business development of home and auto business in Hampden County. Most recently, Ortiz was a licensed sales producer at Allstate and a customer-service representative at Farm Family Insurance. She is licensed in property and casualty, life, and medical in Massachusetts and Connecticut.

American Outdoor Brands Corp. announced that its board of directors has named Mark Smith and Brian Murphy co-presidents and co-CEOs of the company, effective immediately. Smith was most recently president of the Manufacturing Services Division of the company, while Murphy was most recently president of the Outdoor Products & Accessories Division. In their co-leadership roles, Smith and Murphy succeed James Debney, who has separated as president and CEO and as a director of the company, following the determination by the board of directors that he engaged in conduct inconsistent with a non-financial company policy. The company is proceeding with its previously announced plan to spin off its outdoor products and accessories business as a tax-free stock dividend to its stockholders in the second half of 2020, a transaction that would create two independent, publicly traded companies: Smith & Wesson Brands Inc. (which would encompass the firearm business) and American Outdoor Brands Inc. (which would encompass the outdoor products and accessories business). Jeffrey Buchanan, chief financial officer, will continue to serve as the lead executive on coordinating and executing the separation of the two businesses. Upon completion of the transaction, and as previously announced, Smith will become president and CEO of Smith & Wesson Brands Inc., and Murphy, will become president and CEO of American Outdoor Brands Inc. 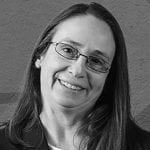 Bulkley Richardson recently announced two promotions. Ryan Barry has become a partner at the firm, and Elizabeth Zuckerman has become counsel. Barry joined the firm in 2015 as an associate in the business department and focuses on traditional business practices, including healthcare, construction, and schools. More recently, he has been instrumental in the development of emerging practices such as cannabis, craft brew, and cybersecurity. Zuckerman joined the firm in 2014 as an associate in the litigation department, where her practice focuses on general commercial litigation, First Amendment issues, and defamation. She has a history of successfully litigating complex cases in both state and federal courts with both local and national significance.

The Collins Companies, one of the largest industrial distributors of pipe, valves, fittings, and engineered specialties serving the Northeast, announced a change in executive management roles effective Jan. 1. Brian Tuohey, owner and president of Collins, will be assuming the role of CEO and has promoted Vice President of Sales Paul Andruszkiewicz to president. In addition to these changes, Dave Shepard, branch manager of the Haverhill sales office, will lead the Collins sales team as director of Sales. He has more than 25 years of experience in the industry, first purchasing for Atwood and Morrill and then in sales for Power House Supply before Collins acquired Power House in 2015. Headquartered in East Windsor, Conn., the Collins Companies is comprised of Collins Pipe & Supply Co., Collins Controls, Niagara Controls, Collins Niagara, Power House Supply Co., and International Valve and Instrument, with nine locations throughout New England and Upstate New York. 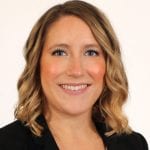 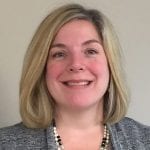 Monson Savings Bank (MSB) recently announced three promotions. Kelly Collins has been promoted to assistant vice president, marketing officer. She joined MSB in February 2016 as marketing officer and has worked hard to promote the MSB brand over the last few years. She is passionate about sharing the bank’s story and successes. She earned a bachelor’s degree in communications and marketing, has an extensive background in marketing, and recently graduated from the Leadership Pioneer Valley program. Kylie LaPlante has been promoted to the position of business development officer. She joined the MSB team in December 2011 as a CSA (teller). She went on to earn positions of CSA supervisor, assistant branch manager, branch manager, and in December 2018 began working as a business relationship manager. She has a bachelor’s degree in management and is a graduate of the New England School for Financial Studies. Dina Merwin has been promoted to senior vice president, chief risk and senior compliance officer. She joined MSB in June 2013 as a compliance officer. She worked hard to build a successful compliance program for the bank and was promoted to positions of assistant vice president, vice president, and most recently first vice president, compliance and BSA officer. She attended Springfield Technical Community College, Quinsigamond Community College, and Worcester State College, and is a graduate of the Massachusetts School for Financial Studies and the National School of Banking. Jessica Derouin has rejoined the Training Resources of America Inc. (TRA) team as manager of the Springfield office located at 32-34 Hampden St. She had previously been employed by TRA for eight years, serving as Western Mass. regional manager, assistant manager, and instructor/case manager. She holds a bachelor’s degree in psychology from River College in New Hampshire. TRA, headquartered in Worcester, is a private, nonprofit organization that has been providing education, employment, and training services. Treehouse Foundation, a nonprofit that supports children and youth who have experienced foster care, their foster adoptive families, and older adults who live at the intergenerational Treehouse Community, announced that Dr. Estevan Garcia, who joined the board last year, will serve as board president. He is an adoptive foster parent with experience in the New York and Washington child-welfare systems. Additionally, four of his own siblings were adopted, three from the foster care system. Pete Crisafulli, a Realtor with Taylor Realty, also joins the board. Prior to joining the real-estate firm, he spent many years working to protect children. He was the Western Mass. director of MSPCC KidsNet and later worked in the Frontier Regional School district, becoming the assistant principal of Deerfield Elementary School and later the principal at Whately Elementary School for nine years. Since 2006, Treehouse Easthampton has been home to more than 100 community members, ranging in age from newborns to age 92. This neighborhood, where families adopting children from foster care live next door to seniors, is a hub of foster care, adoption, housing, and aging innovation for the region and the nation. Florence Bank promoted Kurt Shouse to the position of vice president, information and cybersecurity officer. Shouse brings extensive knowledge and skills to his new role. Prior to his recent promotion, he was the assistant vice president, information and cybersecurity officer. Shouse studied at UMass Amherst, where he received his bachelor of business administration degree in management studies. Additionally, he studied at Utica College, where he received his master’s degree in cyber operations and computer forensics. He earned certification from SANS Institute Global Security Essentials (GSEC), which demonstrates a high-level skill set of hands-on information technology with respect to security tasks. Shouse serves his community as a board member with Northampton’s Dollars for Scholars.

John Pember has joined Westfield Bank as vice president and commercial loan officer. He will be based in the West Hartford, Conn. office and will help lead the bank’s commercial-lending efforts in the Greater Hartford area. Pember has been in the financial-services industry since 2006. After holding various positions in retail and credit risk, he transitioned to commercial lending in 2014 at Farmington Bank and then held a similar role at United Bank. He graduated from the University of Connecticut School of Business in 2006 and was a Michael J. Piette Honors recipient from the Connecticut School of Finance & Management. In addition to his professional accomplishments, he is co-chair of the young professionals committee for the Real Estate Finance Assoc. and is a member of Hartford Young Professionals & Entrepreneurs, the West Hartford Chamber of Commerce, and the Middlesex Chamber of Commerce. Jon Reske, longtime vice president of Marketing at UMassFive College Federal Credit Union, has retired after leading the credit union’s marketing function for more than 23 years, and Craig Boivin has been promoted to the position of vice president of Marketing. Reske founded the UMassFive marketing department — spearheading a model of constant innovation and expansion — that today boasts leading-edge capabilities including in-house graphic design, social media, digital marketing, and marketing analytics. For the duration of his tenure, he represented UMassFive as lead press contact and a member of the senior management team. Over the last seven years, Boivin has taken on various roles within the Marketing department at UMassFive — most recently as interim vice president — and overseen many successful initiatives, including the credit union’s latest website redesign, implementation of the Buzz Points rewards program, and promotion of UMassFive’s sustainability loan products. In addition to the experience he has gained on the job, he continues to learn and expand his skillset. He will soon be completing the three-year CUNA Marketing & Business Development Certification School and is also enrolled at the Isenberg School of Management at UMass Amherst, pursuing a master’s degree in business administration. With this promotion, Boivin will continue to focus on promoting the UMassFive mission and brand, as well as lead public-relations efforts and oversight of the credit union’s Marketing team.

Meredith Wise, president of the Employers Assoc. of the NorthEast (EANE), recently announced the addition of four new members to the EANE board of directors for three-year terms. Toni Hendrix is director of Human Resources and Compliance with Loomis Communities, where she is responsible for partnering with leadership to promote HR management practices to ensure fair, equitable, and consistent treatment of employees while minimizing the potential for legal liability. She also provides consultation and developmental support to leaders and team members relative to employee engagement, policy interpretation, change management, and performance management. Mike Hyland, CEO of Venture Community Services in Sturbridge, brings more than 25 years of experience and a sound history of nonprofit leadership. At the helm of Venture, Hyland focuses on ways to improve services and enhance the lives of the people the agency supports, as well as the employees. The EANE board represents a cross section of professionals throughout Connecticut, Massachusetts, and Rhode Island who provide certified expertise in the areas of business, human resources, and financial management. The other two new EANE board members are based in Providence, R.I.: Michelle Cunniff, director of Human Resource Services at AIPSO, and Gregory Tumolo, senior counsel and head of the employment-law team at Duffy & Sweeney, LTD.