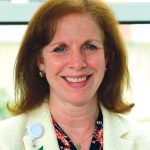 The Berkshire Health Systems board of trustees announced that a leadership transition will take place at BHS early in the new year. David Phelps, president and CEO, announced that he will leave BHS in early 2022, concluding a 31-year career of service to the local community, with 28 as the system’s chief executive. The 20-member board unanimously voted to appoint Darlene Rodowicz as the next president and CEO. Bart Raser, chair of the board, highlighted key successes from Phelps’s distinguished career as CEO, including rehabilitating the financial resources of the once-troubled health system, implementing substantial technological and facility improvements such as the Crane Center for Ambulatory Surgery and the BMC Cancer Center, building BHS’s affiliated long-term-care company, developing important clinical partnerships like Berkshire Medical Center’s membership in the Dana-Farber Cancer Care Collaborative, and cultivating important relationships with local and state leaders that elevated the status and reputation of Berkshire Health Systems across the Commonwealth. Raser also praised Rodowicz as a strong leader with more than 30 years of experience in healthcare, a deep knowledge of the Berkshire community, and a sterling reputation among government leaders and healthcare colleagues across the Commonwealth. He particularly highlighted her leadership in orchestrating BHS’s successful pandemic response over the past two years. Rodowicz joined BHS in 1984 and served in various positions of increasing responsibility, including as chief financial officer from 2005 to 2020, when she was appointed executive vice president. She holds an MBA from Western New England College and a bachelor’s degree in accounting from UMass Amherst. 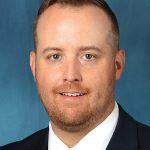 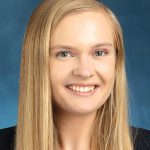 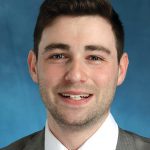 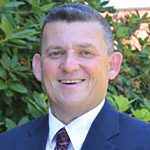 American International College announced that Henry “Joe” Long Jr. joined AIC as associate vice president for Institutional Advancement on Nov. 29. Long will oversee all development operations, including major gifts, planned giving, annual giving, grants, advancement services, and constituent records. With more than 20 years of experience in fundraising, team building, and securing major and planned gifts, he comes to AIC from UMass Amherst, where he served as the executive director of Development for Libraries. At UMass Amherst, he partnered with a dedicated staff to enhance philanthropic support for all three library locations and strengthen donor stewardship and communication. Prior to UMass, Long worked at Springfield College for more than a decade with success in major giving, athletics development, and parent giving. Additionally, he has held numerous advancement leadership roles at Plymouth State University, including alumni director and interim director of advancement. Long served as a member of the board of directors for the Council of Advancement and Support of Education, District I, from 2009 to 2016, and currently serves on the African American Development Officers (AADO) network and the Council for Advancement and Support of Education (CASE) Diverse Philanthropy and Leadership Conference committee. His wife, Moira Long, is the head women’s volleyball coach at Springfield College. 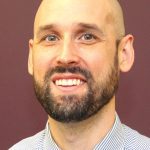 Holyoke Community College (HCC) recently welcomed Douglas Scanlon to the college’s Institutional Advancement team as its first development and external communications coordinator. Scanlon comes to HCC after serving for seven years as communications specialist in the Development office at Springfield College. Before that, he worked as assistant director of Institutional Marketing for Elms College in Chicopee. At HCC, he will be responsible for creating print, digital, and event-related messaging to support donor engagement, community engagement, and fundraising. He started on Nov. 29. Scanlon holds a bachelor’s degree in journalism and mass communications from St. Bonaventure University in New York. 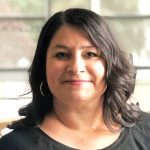 LUSO Federal Credit Union recently announced the appointment of Rosey Mazza as vice president of Lending, as well as the promotions of Wilbraham staff members Timothy Tracy and Stephen Lopes to branch manager and assistant branch manager, respectively. Mazza has close to 20 years of retail banking experience and previously served as LUSO’s Lending department manager for more than 14 years. As the newly appointed vice president of Lending, she will oversee the planning, directing, and organizing of the strategic and operational activities of LUSO’s retail and commercial lending programs. LUSO also promoted two Wilbraham-based member service representatives. Tracy has served the community as a senior member service representative at the Crane Park branch for the last four years. As branch manager, he will be responsible for overseeing the day-to-day operations of the branch with Lopes’ assistance. Lopes began his career with LUSO in 2017 as a member service representative at the main branch and transitioned to the Crane Park location in 2020 as the head teller.

Steve Herrell, founder of Steve’s Ice Cream in Somerville and Herrell’s Ice Cream in Northampton, announced the release of his new book, Ice Cream and Me. The book is somewhat biographical and contains stories from his 41 years as an innovator in the ice-cream industry. It is illustrated by local artist Allie Martineau. Herrell started ice-cream making at his business, Steve’s Ice Cream, in 1973, offering a creamy and dense ice cream and originating the mix-in. He created such notable flavors as Cookies ‘n’ Cream and Heath Bar Crunch. These innovations revolutionized the ice-cream industry. Ice Cream and Me is available at Broadside Books, A2Z Science and Nature, and Booklink Booksellers, all in Northampton; Amherst Books in Amherst; Odyssey Bookstore in South Hadley; and on Amazon. 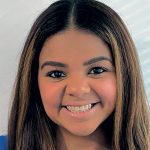 The Children’s Study Home (CSH) announced that Yamilca Nogué has been named the new director of Community Relations and Development. She joins the CSH senior leadership team and will work closely with the Executive Director and CEO William Dávila. Nogué brings more than a decade of experience in nonprofit and human services. Prior to joining the Children’s Study Home, she worked as a fundraising event coordinator for a large Western Mass. program and during that time also supervised its homefinding team, recruiting foster homes. She has a passion for working with and advocating for children. In addition to her professional experience, she has remained actively involved in her community and serves as a volunteer for the WNBA Her Time to Play program. Nogué is the first woman of color and first Latina to hold this position. She obtained her bachelor’s degree in counseling foundations and her MBA at Bay Path University. She is also a licensed social worker in the state of Massachusetts. 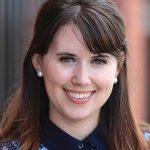 Willie Ross School for the Deaf (WRSD) announced that Mary Cate Mannion has joined the school’s board of trustees. Mannion works for Garvey Communication Associates Inc. (GCAi) and is a former news anchor and reporter for Western Mass News. Mannion said her hard-of-hearing sister is part of the inspiration behind her joining the school’s board of trustees. Her sister underwent surgeries and gained more language access through hearing aids and the use of American Sign Language (ASL), and is now an educator at a school for the deaf and hard of hearing on the West Coast. Mannion is a public relations analyst and video producer with eight years of storytelling experience. She previously worked as a news reporter for WMTW-TV in the Portland, Maine area, and prior to that was at Western Mass News. She earned a bachelor’s degree in broadcast journalism from Emerson College. 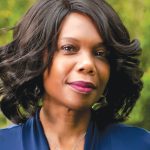 The board of directors of Work Opportunity Center Inc., a nonprofit organization dedicated to helping individuals with developmental disabilities obtain employment in the community and promoting social inclusion, has appointed Mary Akers as its new executive director. Akers replaces long-term Executive Director Robert MacDonald, who retired after 40 years. Following a 15-year career at American International College, where she served as associate athletic director and senior woman administrator, Akers joined Work Opportunity Center as its first assistant executive director in February 2015. She has held the position of interim executive director since January 2021. Akers holds an associate degree in business management from Elizabethtown Community College, and she received both her bachelor’s degree in business and MBA from American International College. 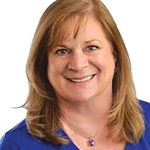 Comcast has named Carolyne Hannan senior vice president of the company’s Western New England Region, leading a team serving more than 300 communities across Connecticut, Western Mass., Vermont, Western New Hampshire, and New York. In this role, Hannan is the top executive responsible for all aspects of the business, including customer experience, sales, marketing, operations, and financial performance. Hannan, who has held a series of progressively more senior management positions at Comcast over the past 17 years, returns to the Western New England Region, where she previously served as vice president of Sales and Marketing from 2008 to 2010. In her most recent role, Hannan served as vice president of Sales & Marketing for Comcast’s Freedom Region, which serves customers across Greater Philadelphia, New Jersey, and Northern Delaware.

United Way of the Franklin & Hampshire Region has added four new members to its staff team, allowing it to enhance its work with partner organizations, donors, and general operations. The new hires will augment the organization with their combined experience in leadership, education, marketing, donor relations, database management, and accounting. They are all eager to be part of a nonprofit that impacts the community in a positive way. Jenny Coeur will serve as United Way’s program coordinator, Jenna Farrell as donor relations manager, Jennifer Nhong as database assistant, and Cathy Zimmerman as the organization’s bookkeeper. Coeur, who began her work at United Way in mid-July, was previously a teacher and Math Department chair at Applewild School in Fitchburg. She has 13 years of experience in public and independent education as a community-focused teacher, program developer and coordinator, and department chair. She holds a bachelor’s degree in elementary education from Hampshire College and a master of education degree from UMass Amherst. Farrell took on her role as donor relations manager in mid-September and will apply the experience she gained in the nonprofit world at UMass Amherst and skills she honed while working at for-profits in marketing and event management. She holds a bachelor’s degree in business administration from Western New England University. Nhong started in her new role in early October and will help manage United Way’s database. She worked for 13 years at MicroTek, a nonprofit cable manufacturing company in Chicopee, in production, quality, and planning and management. Zimmerman has worked as an accountant for Temp-Pro, Argotec, Sisters of Providence, and Holyoke Medical Center. She holds a bachelor’s degree in accounting from Elms College. She began her new role in early October. 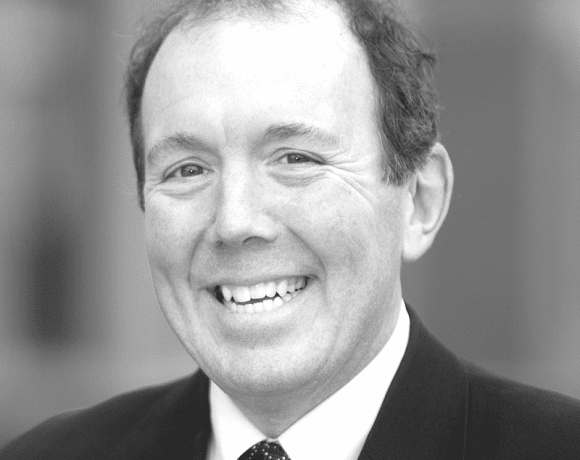