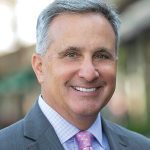 The Massachusetts Bankers Association (MBA), a multi-faceted banking trade group representing more than 120 banks that manage an aggregate $27 trillion in assets under custody, has named Tom Senecal, president and CEO of Holyoke-based PeoplesBank, to its board of directors. The MBA was founded in 1905 to “promote the general welfare and usefulness of banks” and today serves a number of constituencies including legislators, regulators, consumer advocates, the media, community groups and, of course, the general public. Its member banks currently employ more than 72,000 professionals who work at more than 2,000 separate locations across the state.Senecal has more than 30 years of experience in the financial services industry. He was elected president of PeoplesBank in 2016 after previously serving as the bank’s executive vice president and chief operating officer. He is a graduate of the UMass Amherst Isenberg School of Management (B.S. Business Administration) and is a certified public accountant. He also attended the Tuck Executive Program at Dartmouth College. 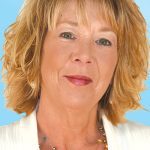 • Lisa Kmetz is being promoted to executive vice president, Retail Banking. She has been with the bank since 1998 when she started as a branch manager. She holds an associate’s degree in Business Administration from Holyoke Community College and certification in Computer Information Systems from Western New England University.

• Chelsea Depault is being promoted to vice president, Commercial Operations Officer. She originally started with the bank back in 2007 as a float teller and also worked in the Accounting Department before moving on to Commercial Lending, where she has been for the past several years as a credit analyst and then as an assistant vice president, Commercial Lending. In her new role, she will oversee the operations of Commercial Loan Servicing and Administration. She holds a bachelor’s degree from UMass Amherst. 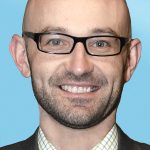 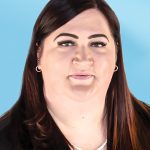 • Lisa Granger is being promoted to vice president, branch manager. She has been with the bank since 2007, when she joined as a branch manager with several years of experience in bank management. She is a graduate of the New England School of Financial Studies. 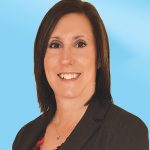 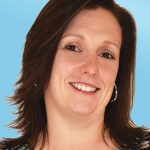 • Dawn Hibbert is being promoted to vice president, branch manager. She has been with the bank since 2002, when she joined us as a teller. She holds an associate’s degree from Holyoke Community College. 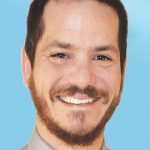 • Chris Wilkey is being promoted to assistant vice president, Information Systems. He has been with the bank since 2007, when he joined as a back-up head teller before becoming lead technology specialist in 2014, and MIS Officer in 2019.

• Julie Gonzales is being promoted to Human Resources officer. She has been with the bank since 2012, when she joined us as a teller before becoming executive assistant to the CEO and then most recently HR coordinator. She holds an associate’s degree from Greenfield Community College. 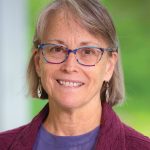 Lathrop, a senior living community with campuses in Northampton and Easthampton, recently welcomed Cindy Jerome as its new chief executive officer. Johnson is a seasoned executive leader with 23 years of leadership experience in senior living communities in New England. A non-profit founded in 1989, Lathrop is a Kendal affiliate, serving older adults in the Quaker tradition. “I was delighted to receive a call inquiring about my interest in leading a Kendal community,” said Jerome. “Kendal’s values and my own have great affinity.” Both of Lathrop’s campus communities offer independent living in townhomes. The Easthampton campus is also home to The Inn, an Enhanced Living option offering meals and daily support. Jerome has a master’s degree in Counseling Psychology from Antioch New England Graduate School. Most recently she was the senior leader of Alice Peck Day Lifecare and, prior to that, of Garden Path Elder Living. 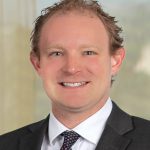 Skoler, Abbott & Presser, P.C., a labor and employment law firm serving employers in the Greater Springfield area, recently welcomed attorney Trevor Brice to its team. A native of Newport, R.I., Brice received his law degree fromSuffolk University School of Law in Boston, where he was the recipient of the Robert Fuchs Memorial Labor Law Award. After practicing in Boston, he recently relocated to Northfield and joined Skoler Abbott.Brice has regularly advised and represented clients in state and federal courts, as well as at the Equal Employment Opportunity Commission (EEOC), the Mass. Commission Against Discrimination (MCAD), the Conn. Commission on Human Rights and Opportunities (CHRO), and other state agencies. He is licensed in Massachusetts, Connecticut, New Hampshire, Maine, and New York, and is a member of the bar associations in those states.

The Board of Directors of Cancer Connection announced that Chelsea Sunday Kline has been named executive director of the nonprofit. Kline’s hiring comes as Cancer Connection is poised to create and implement a new plan of strategic growth in programming, development, and outreach. Kline said she is eager to support the staff in safely reopening to provide in-person supports for participants and their caregivers, from massage, reiki, mindfulness, and more. Kline joins Cancer Connection with a wide range of applicable professional skills and expertise. Kline is a graduate of both Smith College and Harvard Divinity School and has a background as an academic program director for a local university, an interim executive director of a small non-profit, and is currently a consultant and professional life, career, and transition coach. Moreover, she contributes a regular column to the Daily Hampshire Gazette’s Living section entitled “In the Present,” featuring content about mindfulness, gratitude, and kindness.

Patricia Begrowicz, president and co-Owner of Onyx Specialty Papers in Lee, was elected recently as chair of the board of directors of Associated Industries of Massachusetts (AIM), the statewide business association. A respected business and community leader in Berkshire County, Begrowicz has led the rebirth of a successful manufacturing company she acquired with a partner from MeadWestvaco during the great recession. She will become the second woman to chair the board of the largest business group in the Commonwealth and the first person from Berkshire County to lead AIM since 1953. Representatives of 3,400 AIM-member businesses elected Begrowicz during the association’s annual business meeting. Members also elected Donna Latson Gittens, principal and Founder of MORE Advertising in Watertown, as clerk of the corporation, and Gregory Buscone, executive vice president and senior commercial banking officer, Eastern Bank, Boston, as treasurer. Begrowicz bought the MeadWestvaco specialty papers business with partner Christopher Mathews in December 2009 and formed Onyx Specialty Papers. The company, which currently employs 150 people, provides skilled manufacturing jobs in a region that has seen many manufacturers downsize or close. Onyx produces highly engineered papers for technically demanding applications in global markets including automotive, medical filters, fine art, decorative surfaces and filtration.