May 13: U.S. Congressman Jim McGovern, who represents the 2ndDistrict of Massachusetts, will be the featured speaker at theUMass Amherst undergraduate commencement ceremony at McGuirk Alumni Stadium.The congressman will address an anticipated crowd of about 20,000 family members, friends and other guests as approximately 7,000 undergraduates receive their bachelor’s degrees at the Commonwealth’s flagship campus. The graduation ceremony for the undergraduate Class of 2022 is the 152ndUMass Amherst Commencement. Approximately 7,000 graduates are expected to receive their degrees at McGuirk Alumni Stadium on the UMass Amherst campus. The ceremony will be held rain or shine beginning at 4:30 p.m. and is scheduled to conclude at approximately 6:30 p.m. The ceremony is free and tickets are not required.Stadium gates open at 2 p.m. Guests should plan to arrive on campus by that time and will be directed to free campus parking and to shuttle buses that will take them from parking lots to the stadium. Services are available for guests with limited mobility and other disabilities.

May 14: Jack’s Walk, a fundraiser to benefit the Jack Jonah Foundation, will take place at the Ashley Reservoir in Holyoke. The foundation has a stated mission to “encourage, foster, teach, engage, and provide opportunities, specifically in the areas of drug awareness.” The foundation also provides assistance (financial or otherwise) at the local, state, and/or national level in the promotion of drug awareness and education. The foundation is named in honor of Jack Jonah, who died of a heroin overdose. Jack’s Walk features a full schedule of activities. The day begins with a pre-walk tie-dye party and check-in beginning at 9 a.m. There will then be several guest speakers, including West Springfield Mayor Will Reichelt, Hampden County Sheriff Nick Cocchi, Hampden County District Attorney Anthony Gulluni, and Jack Jonah Foundation Founder Kirk Jonah for closing comments and a moment of silence. The walk begins at 11, and there will be a post-walk reception at the Elks from noon to 2 p.m. Tickets are $20 for adults. Youths 18 and under are admitted free. To register online, visit Jackjonahfoundation.org.

May 20: Mercedes Benz of Springfield will host a gathering of the 2022 40 Under Forty honorees as well as the members of the first 15 classes of rising stars. The event will kick off at 5 p.m. with a meet-and-greet for members of the Class of 2022, who are profiled in this edition. From 6-8, there will be a networking event for all of the 16 classes of 40 Under Forty honorees. Food will be provided by Log Rolling Catering. Forty Under 40 is sponsored this year by: Presenting Sponsor PeoplesBank; Alumni Achievement Award Sponsor Health New England; and supporting sponsors Comcast Business, Live Nation, Mercedes Benz of Springfield, The Mill District, Stand Out Truck, and the UMass Amherst Isenberg School of Business.

May 20, 21: Maifest is a colorful, joyous tradition in Germany. It celebrates the arrival of spring where food is plentiful and spirits flow freely. The tradition unfolds in Springfield with the Maifest Block Party.The Student Prince & The Fort Restaurant’s Maifest Block Party is an event for the community supported by Liberty Bank. This two-day event will take place outdoors on Fort Street. Live bands will fill the air with music while guests sip beer and dine on delicious Maifest spring delights. The festivities will kick off at 6 p.m. on May 20,with the ceremonial keg tapping headed by Peter Picknelly, Edison Yee, and more special guests.

June 3: The Hospice of the Fisher Home will present its sixth annual par 3 event at Amherst Golf Club’s nine-hole course at 1 p.m. Beer tastings and seafood slider samples will be available on the course as well as a chance to win a pair of Putnam Club seats on the 45-yard-line to a New England Patriots game. This prize has been donated by Manny’s Appliance of Hadley. Participants can get a free swing analysis, a chance at winning a new Ford Bronco, and other raffle items. They will also be invited to stop by and drop off unwanted, lightly used housewares and clothing to donate to the Fisher Home’s thrift shop. All proceeds from the tournament will benefit Hospice of the Fisher Home. Hospice staff are grateful to the contributors of this event, including donors, sponsors, and friends at the Amherst Golf Club. They make it possible to provide compassionate, comprehensive, and supportive end-of-life care to patients and their loved ones in their own homes or in the hospice residence. Visit https://www.fisherhome.org/2022-golf-tournament learn more, donate, sponsor, and register. For more information, contact Ashleigh Towse: [email protected], (413) 992-2544.

June 16: BusinessWest will host the annual 40 Under Forty Gala at the Log Cabin Banquet & Meeting House starting at 4:30. One of the most anticipated events of the year, the gala will celebrate the Class of 2022, which was announced in the May 2 issue of BusinessWest. The gala will feature a VIP hour for the honorees and sponsors, networking, the presentation of the Alumni Achievement Award, and introduction of members of the Class of 2022. For more information or to purchase tickets ($85 each with tables of 12 available), visit BusinessWest.com. Forty Under 40 is sponsored this year by: Presenting Sponsor PeoplesBank; Alumni Achievement Award Sponsor Health New England; and supporting sponsors Comcast Business, Live Nation, Mercedes Benz of Springfield, The Mill District, Stand Out Truck, and the UMass Amherst Isenberg School of Business. The Young Professional Society of Greater Springfield is an event partner.

June 23 and July 21: MOSSO, the Musicians of the Springfield Symphony Orchestra, have announced details of their upcoming summer concerts at Symphony Hall. MOSSO will celebrate the music of Stephen Sondheim and John Williams. These concerts mark the first time in almost 20 years that the musicians of the Springfield Symphony Orchestra have performed summer concerts in Springfield. On June 23, MOSSO celebrates the music of the late, legendary Broadway composer and lyricist, Stephen Sondheim, who penned the words and music to A Funny Thing Happened on the Way to the Forum, Company, Follies, A Little Night Music, Sweeney Todd, and Into the Woods. Conductor Tim Stella will lead the program, joined by Broadway stars Hugh Panaro and Lisa Vroman. Also appearing are Ray Hardman and Kathleen Callahan-Hardman. Stella conducted The Phantom of the Opera on Broadway, and before that, Jesus Christ Superstar, A Funny Thing Happened On the Way to the Forum, Guys and Dolls, The Most Happy Fella, Hello Dolly!, and Legs Diamond. He served as vocal coach to Emmy Rossum and Gerard Butler, who portrayed Christine and the Phantom respectively, in the movie version of Phantom. Stella is former resident music director of Goodspeed Musicals, and a conductor at Radio City Music Hall. Panaro is best known for having played the role of the Phantom in Broadway’s The Phantom of the Opera more than 2,000 times. On July 21, Maestro Kevin Rhodes returns to Springfield to conduct a MOSSO benefit concert, with a program of light classics and music of renowned composer John Williams, whose works include Star Wars, Raiders of the Lost Ark, and Schindler’s List. Rhodes will be joined by guest soloist, violinist Yevgeny Kutik, whose two prior solo appearances in Springfield were met with great acclaim. Rhodes served as music director and conductor of the Springfield Symphony Orchestra for 20 seasons, until the SSO paused performances in 2020.

He continues to serve as music director and conductor of the Traverse Symphony in Michigan, and as principal conductor of Boston’s Pro Arte Chamber Orchestra. In March 2021, Maestro Rhodes made his debut with the Orchestra of the Rome Opera in Italy, recording a live radio broadcast of Maurice Jarre’s score to Roland Petit’s ballet, Notre Dame de Paris. He will conduct productions of Giselle and La Bayadère for their 2022-23 season. Kutik, a native of Minsk, Belarus, immigrated to the United States with his family at the age of five, with the help of the Jewish Federations of North America. His 2014 album, Music from the Suitcase: A Collection of Russian Miniatures (Marquis Classics), features music he found in his family’s suitcase after immigrating to the United States from the Soviet Union in 1990. In 2021, Kutik launched Finding Home: Music from the Suitcase in Concert. Kutik’s additional releases on Marquis include his most recent album, The Death of Juliet and Other Tales. Tickets for both concerts, priced $60, $45, $25, and $10, will go on sale on May 9. For details, visit: SpringfieldSymphonyMusicians.com. MOSSO sponsors (to date) include: The Republican/MassLive, BusinessWest and Healthcare News, WWLP-22News & The CW Springfield, the Sheraton Springfield at Monarch Place, New England Public Media, the Musicians of the Boston Symphony Orchestra, and the Bolduc Schuster Foundation. 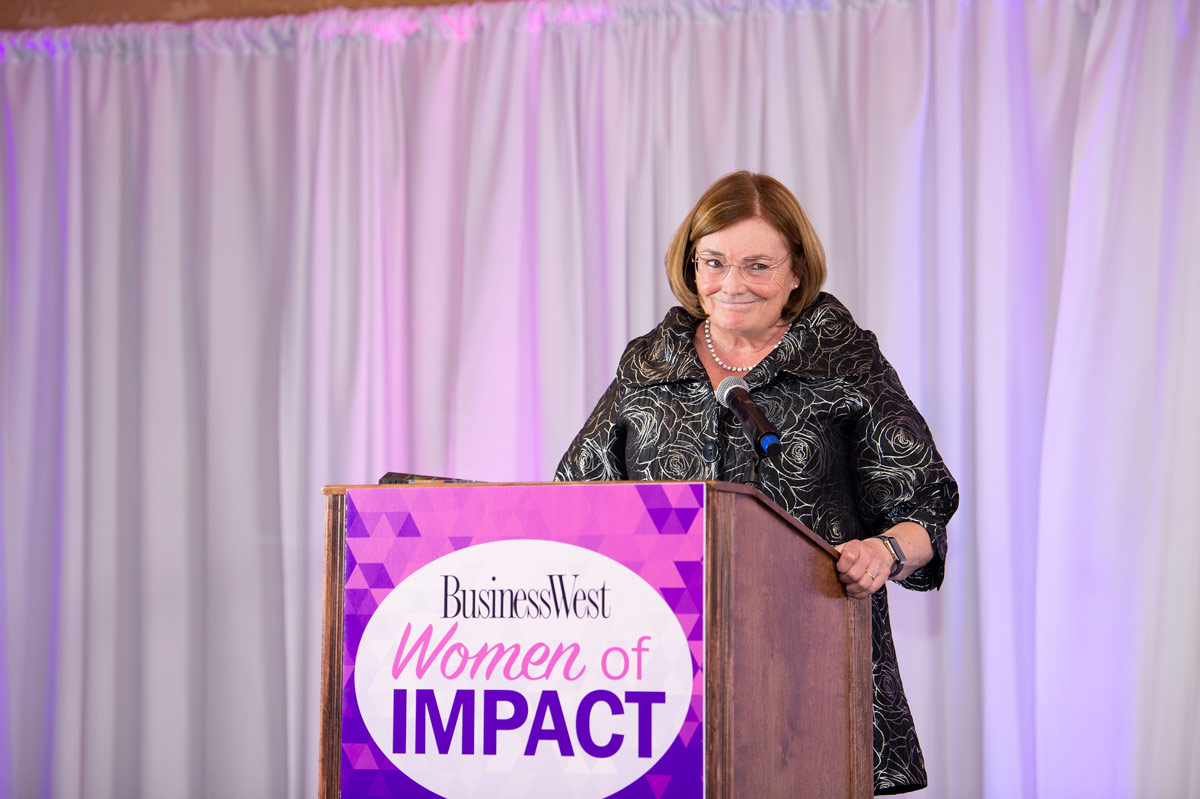