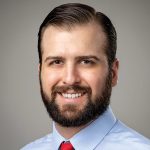 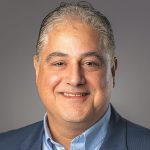 Freedom Credit Union recently announced the hiring of two staff members for its new loan-production office at 115 Elm Street in Enfield, Conn.: Jackson Findlay, mortgage loan originator, and John Santaniello, assistant vice president of Member Business Lending. Findlay will be responsible for helping guide members through mortgage loan options, preparing and submitting mortgage loan applications, and working with prospective homebuyers throughout the process of obtaining a mortgage loan. A graduate of Newbury College with a bachelor’s degree in international business and Elms College with an MBA, he previously served as a virtual mortgage officer with another financial institution. Santaniello will work with businesses seeking loans, including term, Small Business Administration, commercial real estate, and commercial vehicle loans. He graduated from the University of Massachusetts with a bachelor’s degree in business administration. He previously worked at another financial institution in Connecticut as assistant vice president of Commercial Lending. 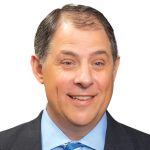 Michael Ostrowski, president and CEO of Arrha Credit Union, announced that Robert Ciraco has been promoted to the role of executive vice president, chief lending officer. Ciraco joined Arrha in 2019 and served as vice president, chief lending officer for all aspects of residential and commercial lending. He has more than 25 years in the financial-services lending industry. During his extensive career, he has been responsible for all aspects of lending. He was vice president of Residential and Consumer Lending for Rockville Bank, a $2 billion community bank, where he was in charge of loan processing, underwriting, loan closings, quality control, secondary market sales, loan servicing, and administration of all residential and consumer loan systems. After leaving Rockville, Ciraco built a highly successful, high-volume wholesale lending operations center to support East Coast loan originations for a West Coast wholesale lender as director of Operations. He has been involved in youth hockey for more than 15 years, coaching and serving as a board member at several different hockey organizations. 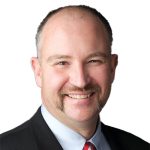 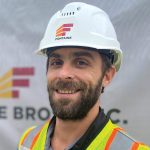 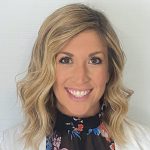 Fontaine Bros. Inc., a construction management and general contracting firm serving the public and private sectors since 1933, recently announced three new hires to the organization: Michael Tiberii as senior project supervisor, Tom Ingle as project supervisor/manager, and Nicole LaCroix as project manager. Tiberii joins Fontaine from AECOM Tishman, where he was vice president of MEP Services. With more than 35 years of experience, he has worked on projects in many sectors including life science, hospitality, and residential. He completed the Wentworth Institute of Technology’s Architectural Design and Drafting program and earned a certificate from the University of Texas’ Project Management program. Before joining Fontaine, Ingle was a general contractor who managed his own construction and remodeling company. He is a licensed construction supervisor and earned a degree in business management from Providence College. Lacroix comes to Fontaine from Bowdoin Construction. She earned a master’s degree in construction management from Wentworth Institute of Technology and a bachelor’s degree in interior design. Her diverse experience includes a wide range of projects in the academic and life-science sectors.

The Western Mass. Hyundai dealers (Balise, Gary Rome, and Country) surprised Bob “the Bike Man” Charland with a new 2023 Hyundai Tucson yesterday at his repair shop at the Eastfield Mall in Springfield. Charland is the founder of Pedal Thru Youth Inc. He started working with children in 2003 when he led a Girl Scout troop for his daughter and coached her softball team. He started teaching automotive for Willie Ross School for the Deaf in 2012. Around the same time, he started fixing up bikes to donate to less fortunate kids. In 2017, after being diagnosed with a neurodegenerative disease, he decided that he wanted to create a formal organization and start donating bikes to large groups of children. Thus, the idea for Pedal Thru Youth was born. Charland has made significant contributions to the community that also includes volunteering his time to supply law-enforcement agencies around Massachusetts and Connecticut with backpacks filled with essential supplies for the homeless. Hyundai Salute To Heroes is an annual event that was launched in 2021 and brought to the Western Mass. region by Gary Rome, president of Gary Rome Hyundai and president of the Hyundai Dealers Advertising Assoc., to recognize local, everyday heroes. The Hyundai Tucson SEL AWD is valued at $33,495, and the dealers are paying for all taxes and fees associated with the vehicle. 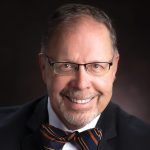 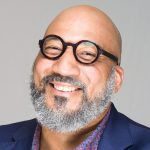 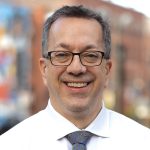 The Community Foundation of Western Massachusetts (CFWM) announced the appointment of three new trustees. Charlie D’Amour, Gregory Thomas, and Aaron Vega, each of which began their three-year terms in October, will provide guidance and leadership during a pivotal time for CFWM, which embarked on a national search for its next president and CEO earlier this year. D’Amour is the president and CEO of Big Y, where he is responsible for the successful development and execution of long-term strategies for the company. Throughout his tenure at Big Y, he has been instrumental in the development and growth of all aspects of the business, including its World Class Supermarkets, its other retail-store formats, distribution and facilities-management capabilities, and support functions. D’Amour is board member and serves on the public affairs committee for FMI, the national food-industry association. He is also a member of the board and executive committee and former chair of Topco Associates Inc., a member-owned, $16 billion buying consortium headquartered in Chicago. He has served as the chairman of Baystate Health and serves on the board and is a former chair of the Western Massachusetts Economic Development Council. Thomas serves as executive director and lecturer at UMass Amherst. Thomas has an extensive background in business as both a strategic manager and a professor. Since 2018, he has been at UMass Amherst, serving in a dual role as a lecturer at the Isenberg School of Management and executive director of the Berthiaume Center for Entrepreneurship. Additionally, since 2008, he has served as a manufacturing strategy manager for a multi-national technology company. His volunteer experience includes roles on the Northampton Chamber of Commerce, Beta Sigma Boule Foundation in Springfield, and the Corning Children’s Center in Corning, N.Y., where he served as both president and treasurer. Vega was appointed director of the Office of Planning and Economic Development for the city of Holyoke in 2020. Prior to his appointment, he served as state representative for the 5th Hampden District. He continues his focus on providing constituent services, education policy, and economic development. Over the past 10 years, he has been involved in several local nonprofit boards and volunteer projects. 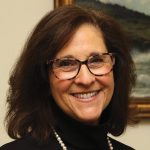 Holyoke Community College (HCC) recently welcomed Jane Johnson Vottero as its new director of Marketing and Strategic Communications. Vottero joins HCC after 21 years at Springfield College, where she has worked as manager of editorial services, publications director, director of executive communications, and, most recently, editorial director. Her work includes award-winning publications, executive speech writing, supervision of creative and volunteer teams, advertising campaigns, newspaper reporting, freelance correspondence, development writing, web writing, video production, and strategic communications for businesses, nonprofits, and political and social-issue campaigns. At HCC, Vottero will oversee the operations of marketing, media relations, social media, graphic design, website management, publications, and other internal and external communications. She holds a bachelor’s degree in English literature from UMass Amherst and a master’s degree in psychology from Springfield College. She has worked as a writer, editor, and publicist in Western Mass., including at Baystate Health, the Western Massachusetts Business Journal (now BusinessWest), the Westfield Evening News, and Barron’s Business and Financial Weekly. She is a past president of the Junior League of Greater Springfield, the founding president of CISV Greater Springfield, and a graduate of the Women’s Fund of Western Massachusetts Leadership Institute for Political and Public Impact. 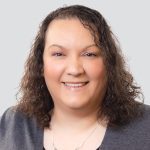 bankESB recently promoted Meridith Salois to vice president, Commercial Credit Systems Management. Salois joined bankESB in 2001 as a loan servicer and progressed over time to collections assistant, credit analyst, and senior credit analyst before being elected officer in 2015 and promoted to assistant vice president in 2016. In 2020, she was promoted to assistant vice president, Commercial Credit Systems manager. She was responsible for leading the commercial integration group for bankESB parent Hometown Financial Group’s recent acquisition of Randolph Bancorp and Envision Bank. Salois holds a bachelor’s degree in business administration and management from Bay Path College and is a graduate of the New England School for Financial Studies. She currently serves as vice president of the LoanVantage User Group and is an active volunteer in her community with the Southampton Road PTO and All 4-Kids Consignment Sale. 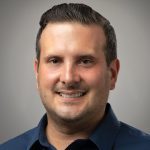 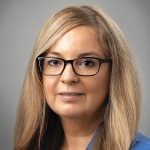 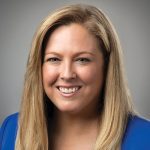 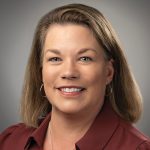 Market Mentors, the region’s largest marketing, advertising, and public-relations agency, is proud to announce the addition of four new team members, adding to the depth and expertise of its staff. The hires span multiple departments, including account services, media buying, and administration. John Miarecki joined the agency as director of Growth and Development. A marketing guru with almost 15 years of experience in various roles, as well as degrees in marketing and psychology from West Chester University in Pennsylvania, he is tasked with assisting with business development, client services, internal operations and talent development. Shawna Griffin is the agency’s new media planner/buyer, bringing with her two decades of experience in the field. A graduate of Hofstra University, she is adept at creating comprehensive media plans that drive action and results. Erica Moulton joined the agency as an account executive with nearly 20 years of expertise in all things communications, including social media, public relations, referral relations, fundraising, account management, and more. She received her bachelor’s degree in psychology from the Catholic University of America and has extensive expertise in the healthcare and nonprofit verticals. Susan Mayhew made her return to Market Mentors as office manager, a position she previously held for four years before moving to Colorado and then South Carolina. With more than 25 years of business administration experience, she is responsible for office management, including financials (including accounts payable, accounts receivable, and reporting) and some human-resources duties. 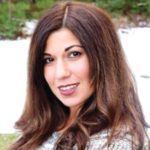 Hometown Mortgage, a division of bankESB, recently announced that Jessica Oliver has been hired as a loan officer. Oliver has more than 20 years of experience in the mortgage industry. Prior to her hiring at Hometown Mortgage, she was employed as a loan officer at First Eastern Mortgage for 15 years and at Fairway Independent Mortgage for nearly seven years.