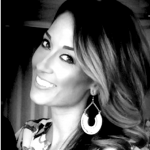 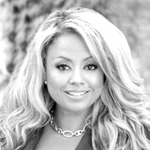 • Cirillo, who most recently has served as a staffing consultant in United Personnel’s Light Industrial Staffing Division, has been promoted to Project Manager for one of United Personnel’s larger accounts. In her new role, Cirillo will oversee all aspects of account management, including on-site staffing support, recruitment, employee relations, and project-based initiatives. She is a member of the Young Professional Society of Greater Springfield. “I am pleased to receive this promotion, and I look forward to working with our clients to produce great results for them,” said Cirillo, an alumni of Western New England University.
• Johnson, who most recently served as a recruiter for United’s Professional Division, has been promoted to Staffing Consultant. In that role, she will work with both candidates and client companies, serving as the liaison between the two. “If you work hard, persevere, and persist, you will accomplish all that you desire,” said Johnson, who holds a bachelor’s degree in business administration from Monroe College in New York City, and also serves as United’s Diversity Program Coordinator. She serves on the advisory committee for the School of Business and Information Technologies and is a member of the Young Professional Society of Greater Springfield. “We are pleased to recognize the dedication and results-oriented approach of both Danielle and Marlene,” said Tricia Canavan, president of United Personnel, “and look forward to the positive impact they will have for our clients and candidates in their new roles.”
••••• 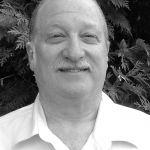 Environmental Compliance Services Inc. (ECS) announced that Stuart Kirshner has joined the firm as Health and Safety Manager. Kirshner has more than 18 years of experience in the environmental and safety sectors. His key skills include environmental health and safety (EHS) management program development, implementation, and administration. He applies compliance-enforcement policies through motivation, training, and process control, and his collaborative leadership style promotes team building, engagement, and a compliance culture. In his capacity as ECS’ health and safety manager, Kirshner is responsible for occupational safety and health for 25 office locations in 11 states, as well as enhancement of the firm’s safety culture through motivation and engagement of the workforce. His initial tasks include collaborating with the firm’s Information Technology department to redevelop the existing environmental health and safety program into a computer-based management system. He is also integrating EHS processes into the business-process-management system. Kirshner holds a bachelor’s degree in environmental management, as well as an undergraduate certificate for project management. He is a certified hazardous materials manager and a combat life saver certified by the U.S. Army.
••••• 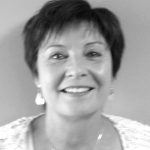 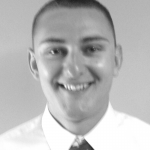 Gomes, DaCruz & Tracy, P.C. recently announced the hiring of Cheryl Hoey, CPA, and Geoffrey Frost. Hoey has been hired as a Staff Accountant. She specializes in small-business and individual tax returns. Before joining the firm, she worked as a senior financial-risk consultant for an insurance company as well as a tax preparer for a local accountant during tax season. Frost has been hired as a Staff Accountant. He is a recent graduate from Elms College and has volunteered for Junior Achievement.
•••••
Freedom Credit Union announced the new executive committee of the board of directors, the appointment of a new board member, and two appointments to the leadership team of the credit union. At the recent annual meeting of the credit union, Lawrence Bouley was elected Chairman of the board of directors for the next three years. Bouley has been a board member of Freedom for the past 11 years and, prior to that, served on the FHBT Credit Union Board for 25 years. During his tenure, he will play an active role in the strategic direction of the credit union. Along with Bouley, the following board members were elected to three-year posts on the board’s executive committee: Donald Emerson, Vice Chairman; Louis Guillette, Treasurer; William Carey, Clerk; and John Reigner, Security Officer. Brian Harrington has been appointed to the board of directors to fulfill the unexpired term of a recently vacated seat. Harrington is an attorney and a deputy regional director in the Springfield office of the Mass. Department of Environmental Protection. While on the Freedom board of directors, he will be a member of the auditing committee, site committee, and security committee. In other news, David Chase Sr. has joined Freedom Credit Union as Vice President of Member Business Lending. Chase has more than 25 years of experience in the banking industry with an extensive background in commercial lending. Most recently, he was vice president of Commercial Lending at Hampden Bank. Chase is actively involved with several organizations, including the West of the River Chamber of Commerce as a board member. Chase is also a vice president of the board of Gray House and also serves as a member of the town of Agawam Planning Board. Finally, Christine Williams has been promoted to branch officer of the Freedom branch in Easthampton. In this capacity, she will oversee the financial and lending operations of the branch and develop new business opportunities with individuals and companies. For the past two years, Williams has been the assistant branch officer at the Easthampton Branch, and, prior to that, she worked at Citizens Bank. She has more than eight years of banking and credit-union experience.
••••• 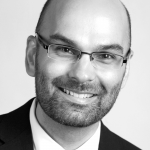 Leadership Pioneer Valley (LPV) announced that Greg Richane has joined the LPV team as Program Coordinator. In this role, Richane will be responsible for coordinating and facilitating LPV’s signature 10-month regional leadership-development program and helping to recruit future participants. Richane comes to Leadership Pioneer Valley with a background in advocacy, events, and community engagement. Most recently, he worked as an organizer with the Federation of Protestant Welfare Agencies, where he mobilized human-service professionals, clergy, and others to advocate for the needs of New York’s most vulnerable residents. In earlier roles, heworked as a housing advocate, campaign field organizer, and manager of large-scale fund-raising events, collaborating with professional and volunteer constituencies ranging from homeless adults to elected officials. Richane is a volunteer with the Northampton Survival Center and an active member of First Churches of Northampton. He holds a degree in theater studies from Boston University’s School of Fine Arts.
•••••
The American Network of Community Options and Resources (ANCOR) recently recognized John Frederick of New England Business Associates in Springfield as the 2015 Direct Support Professional of the Year for Massachusetts. “We at New England Business Associates are proud of John. “The award shows the dedication Frederick has to support people with disabilities and reflects the quality of services provided by New England Business Associates,” said Jeannine Pavlak, executive director. The award was presented at the 2015 ANCOR Annual Conference, “Ignite!” in Arlington, Va. Direct support professionals (DSPs) — also referred to as caregivers, personal assistants, and direct-care or home-care aides — provide a rich mosaic of daily support services for the many Americans with disabilities. DSPs are integral in helping people with disabilities participate in their communities and lead full and independent lives. Since 2007, ANCOR has honored exceptional DSPs with the Direct Support Professional Recognition Award for exemplary work in furthering community inclusion and full participation for the many Americans living with intellectual, developmental, and other disabilities. “The work that DSPs do is so important, not just to the people with disabilities they serve, but also to the social and economic lives of their communities,” said Chris Sparks, president of ANCOR. “DSPs like John deserve recognition for the difficult but inspiring work they do every day.” ANCOR’s Direct Support Professional Recognition Award is given to those who personify the values of ANCOR’s National Advocacy Campaign, which works to ensure a well-trained and sustainable direct-support workforce. Nominees are judged on the work they’ve done to build social networks, substantive community participation, and advocating for the people they serve. New England Business Associates is a nonprofit organization whose mission is to improve quality of life for individuals with disabilities through integrated employment and community involvement. Through its 32 years of service, NEBA has maintained an employment rate at or above 85%, serving more than 400 individuals annually.
•••••
The YWCA of Western Massachusetts board of directors met recently and elected the following individuals: Ann Donah, director of Development for Easter Seals Massachusetts; Nicole Griffin, president of Griffin Staffing Network; Pastor Gail Hill of Family Church in Springfield; Arlene Rodriquez, dean of the School of Arts, Humanities and Social Sciences at Springfield Technical Community College; attorney Deborah Saremi, general counsel of Future Health, LLC and Saremi, LLP Property Management Co.; Jamina Scippio-McFadden, director of Marketing & Community Relations at the UMass Center at Springfield; and Nancy Urbschat, principal and owner of TSM Design. Ann Turnberg, Coldwell Banker and president of the YWCA board of directors, was elected for a second term.
Tags: Employment Events Insurance People on the Move Security