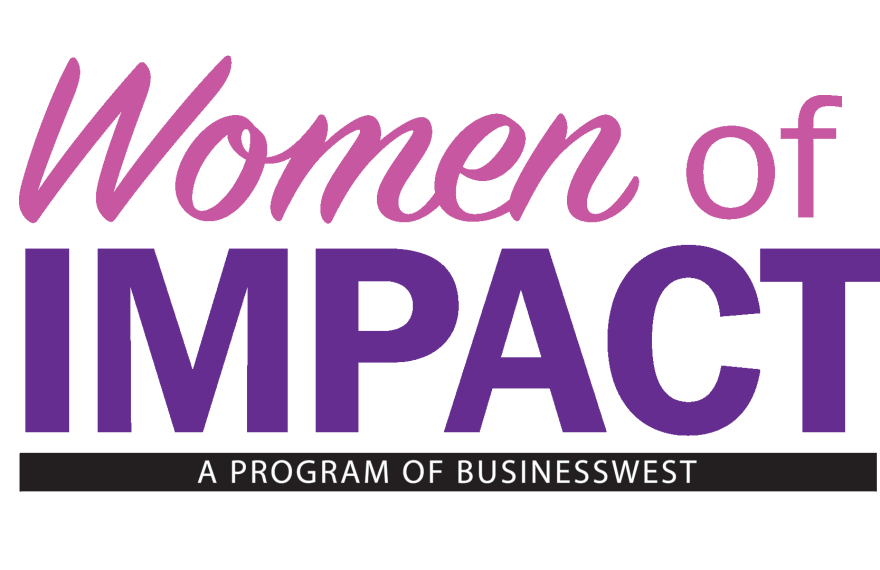 By Connecting Past with Present, She’s Changing the Narrative of Amherst’s History

While showing off her extensive collection of hat blocks in her Amherst home, Anika Lopes explained how they tell a story of her time in New York City, but, more importantly, of generations before her.

“Hats really are a universal connector. You’d be hard-pressed to find any culture in the world that doesn’t have traditions with some sort of headwear, whether that’s a feather, bones, a traditional hat, or just something to keep people warm. It’s a space of universal connection.”

Lopes has dedicated much of her life to making connections, particularly involving the long, often-undertold history of Black and Indigenous communities in and around Amherst. It’s work she took up in earnest after returning to her hometown in 2019.

But let’s start with the hats.

As an artist and sculptor who graduated from the New School University, she found herself interning with Horace Weeks, one of the first Black men to own a hat factory, Peter & Irving, in the Garment District of New York City. “Millinery chose me,” she said, using the proper name for hat design. “I was fascinated by Mr. Weeks, and walking into that space felt like walking back in time. I had always had a passion for sculpting, and hand-blocking hats was very much like sculpting.”

Lopes and an ex-partner eventually took over the factory and revamped it, and she found overnight attention when the R&B artist Usher commissioned a hat from her in 2005 and wore it on a popular MTV show. “Pretty much overnight, that hat was on billboards in Times Square, and I had buyers from all over the world calling in,” Lopes said. “I thought, now what do I do? And I looked at it for the opportunity it was.”

As her profile grew, she made commissioned designer hats for Madonna, Gossip Girl, Sex and the City, numerous films and celebrities, and exclusive boutiques in New York and Japan, including Isetan in Tokyo and Bergdorf Goodman.

“It was a whirlwind experience being in the fashion industry, but I got to the point where my passion for connecting people and wanting to help people, which has always been something in me, made me feel like I needed more,” she recalled. “I was able to reach out and work with different internship programs and different corporations where I was able to merge the business of fashion with having an impact on marginalized communities, with disadvantaged youth, and also with adults coming into second-chance programs dealing with harm reduction.”

When she returned to Amherst three years ago, Lopes began directing that passion for connecting people to a different purpose: to uncover and bring to light the Black and Indigenous history of generations of Amherst residents, including some who played a direct role in the events that were eventually commemorated as Juneteenth.

Through efforts to “daylight” some of that long-neglected history — through historical events, museum exhibits, her role on the Amherst Town Council, and especially a foundation she calls Ancestral Bridges — Lopes is connecting past with present and providing not just a clearer sense of history, but new opportunities for young BIPOC (Black, Indigenous, and people of color) individuals today.

“I have to pinch myself,” she told BusinessWest. “There have been few times in my life where I’ve been so excited about something and feel such a connection. Ancestral Bridges is part of my life’s work, part of my purpose.”

Growing up in Amherst, Lopes said, she was close to her family — parents, grandparents, and great-grandparents — and when she returned, she found herself revisiting spaces and connecting with the past. She looked up to her grandfather, Dudley Bridges, who had launched an initiative in the late 1990s to restore and publicly display Civil War tablets that told the story of Indigenous and Black soldiers.

Due to the efforts of Dudley and his family, important aspects of Amherst’s history were brought to light, she explained. As a board member of the Amherst Historical Society, he worked to obtain National Historic Register status for Amherst’s Westside District of Snell Street, Hazel Avenue, and Baker Street — one of several neighborhoods in Amherst with significant cultural history for BIPOC people.

But, while he funded the restoration of the tablets, they remained in storage when he passed away in 2004. So Lopes took up her grandfather’s mission to bring them into the light.

“The tablets were given to the town in 1893 by the Grand Army of the Republic to honor more than 300 Union soldiers and sailors from Amherst. Many of the names are familiar ones in Amherst: Dickinson, Cowls, Kellogg,” she explained. “Each man and his family made a difficult choice and great sacrifice to enlist — perhaps none so much as the Black soldiers from the 54th Massachusetts Volunteer Regiment and 5th Cavalry who traveled through and to very hostile territory in 1865 to notify residents of Texas that the Civil War had ended and that the Emancipation Proclamation made slavery illegal in the Confederate states.”

“It was a whirlwind experience being in the fashion industry, but I got to the point where my passion for connecting people and wanting to help people, which has always been something in me, made me feel like I needed more.”

Cinda Jones, the ninth-generation president of W.D. Cowls Inc., was inspired by this work, among other things, in nominating Lopes as a Woman of Impact. “Anika Lopes demanded that her ancestors’ names on the town of Amherst Civil War tablets be on permanent exhibit. That they be seen. That the total history of Amherst be seen for the first time. That Black and Indigenous residents, heretofore invisible, be recognized. She asked for inclusivity.”

She got it; the Civil War tablet exhibit is now on display at the Bangs Community Center. The exhibit debuted on June 19, 2021 and served as the inspiration for the first townwide Juneteenth celebration. For the 2022 Juneteenth event, Lopes curated and led a walk of Black historical sites in Amherst.

“For the first time, hundreds of residents saw and recognized where Black history occurred,” Jones wrote. “Coinciding with the walk was a first-ever Amherst History Museum exhibit curated, owned, and presented by Ancestral Bridges. It is still going. It represents the very first time that Amherst’s Blacks and Indigenous people have ever been represented in the Amherst History Museum. Anika Lopes made this happen.”

Indeed, Lopes founded Ancestral Bridges in June 2022 to bring together stakeholders to elevate economic and cultural opportunities and build a more equitable future for regional BIPOC individuals. According to its mission statement, Ancestral Bridges receives grants of money and land and leverages these to celebrate BIPOC arts and culture, enable first-time home-ownership opportunities, and raise the potential of BIPOC and disadvantaged youth. Some of the activities it supports include telling the stories of local ancestors through interactive history walks, art exhibits, and music events; educating about wealth generation and developing internships, programs, and workshops for BIPOC youth and families; and enabling local BIPOC wealth generation by receiving gifts, grants, and other resources to benefit BIPOC futures.

“Ancestral Bridges serves as the bridge between past and present, between elder and youth, between diverse populations, connecting all who seek to learn and grow through meaningful engagements that educate, empower, and nurture long-lasting growth,” Lopes added.

The Ancestral Bridges exhibit of historical photographs and artifacts at the Amherst History Museum features Black and Indigenous families who lived in Amherst for centuries, were integral to the fabric and character of Amherst and surrounding towns, served in the Massachusetts 54th Infantry Regiment and 5th Cavalry Regiment during the Civil War, built and founded the first black churches in Amherst, facilitated the smooth functioning of commerce and institutional education, and provided living quarters for those otherwise denied, including newly arrived Black people from the South.

But that wasn’t the extent of Lopes’ daylighting efforts. “When I came on the Council, one of the first things I noticed was the list of proclamations for celebratory days. Both Indigenous Peoples Day and Native American History Month weren’t on the list. That really floored me, because just about everyone else was there.”

Proclamations, tablets, museum displays, and history walks won’t by themselves reverse the centuries-long trend of downplaying BIPOC contributions in Amherst, but each effort is another positive step — and Lopes is by no means done.

The fact that Amherst itself is named after a British military officer who supported the extermination of Native Americans is not lost on Lopes. Rather, it’s perhaps the most glaring example of those whose stories have been allowed to be told and celebrated over the centuries. On display at the museum exhibit, in fact, is a full set of Amherst College china designed by the college’s president in the 1940s, depicting Lord Jeffrey Amherst massacring Indigenous people. Meals were served on that china to Amherst College professors, staff, and students between 1940 and 1970.

That’s not that long ago, so these wounds are still fresh.

“You’re talking about two cultures [Black and Indigenous] that are connected by a certain type of trauma and displacement and erasure,” Lopes said. “In a lot of places, you can’t see and document this history, but we can.”

Which is why she brings to light stories like Christopher and Charles Thompson, direct ancestors of Lopes who were among the black soldiers to arrive in Texas in 1865 to christen the now-federal holiday of Juneteenth. “These Amherst men — the Thompsons, Josiah Hasbrook, James Finnemore — may not yet have streets named after them, but should be remembered for enlisting to advance the belief that all men are created equal,” she noted.

So as she serves on Amherst’s Town Council, where she chairs the town services and outreach committee and sits on the governance, organization, and legislation committee; serves as a board member of Family Outreach of Amherst, assuring that Amherst’s most vulnerable families are safe; and works as a member of the Jones Library building committee, among other efforts, Lopes is putting time and energy into improving her hometown.

But just as importantly, she’s inspiring others to appreciate the town’s history and, more importantly, draw on it.

“We’re able to bring something forward for youth in Amherst who maybe have never heard about the Black history of Amherst, did not know that we had soldiers right here who fought for their freedom, people who were participating in banking before there were banks here, who brought business here … these are all stories that are inspiring for youth to know about,” she said. “They can say, ‘this what my ancestors did; these are the shoulders I stand on — what can I do? I’m empowered. I am going to be able to take this world so much further than they did’ — and really realize that we are our ancestors’ wildest dreams.”