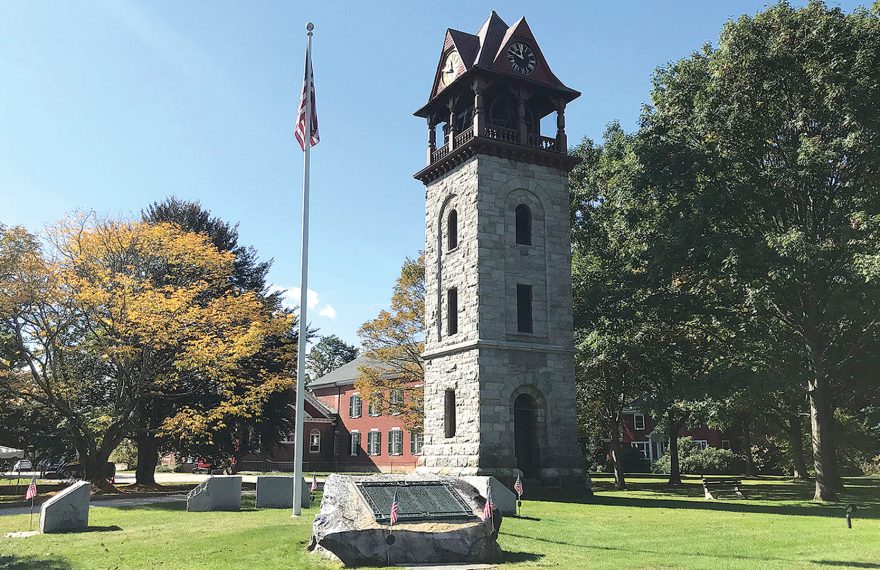 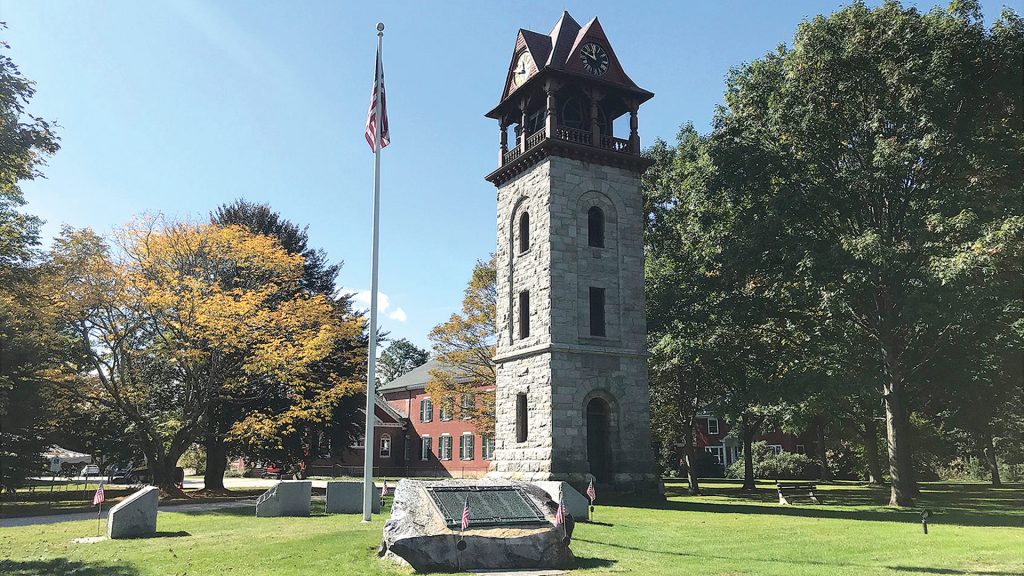 The Children’s Chime Tower has been in use since 1785.

In a small town where art and culture have long been powerful economic and tourism drivers, the pandemic has been a hurdle — but one many Stockbridge institutions have weathered with aplomb.

Kate Maguire, artistic director and CEO of Berkshire Theatre Group (BTG), said the town and its surrounding communities understand the importance of keeping live shows going and continuing on with normal life.

“There is no accounting how much the arts do for the community, both economically and sort of socially and spiritually, if you will,” she told BusinessWest.

The Berkshire Theatre Group was created in 2010 by the merger of two of Berkshire County’s oldest cultural organizations, Berkshire Theatre Festival, founded in 1928 in Stockbridge, and the Colonial Theatre, built in 1903 in Pittsfield.

BTG encompasses two stages in Stockbridge: the Unicorn Theatre and the Playhouse. The Playhouse was established in 1928 when the Stockbridge Casino was sold to Walter Clark; he called a few friends, and together, they formed the Three Arts Society.

The Three Arts Society remodeled the casino’s interior by adding a stage and seating for 450 people and christened the new theater the Berkshire Playhouse. And the rest was history — literally.

“If you go through the history of the Playhouse, it mirrors the history of the American theater. We have an incredible collection of archives and stars as luminous as James Cagney, Al Pacino, Katherine Hepburn, Holly Hunter, Cynthia Nixon — they’ve all performed on that stage,” Maguire said. “And often, when folks walk onto that stage at the Playhouse, they’ll say, ‘I have to be here at least once in my life or my career is not complete.’”

By the 1980s, the Unicorn Theatre became a home for new and experimental work, and in 1992, it hosted cabaret acts from New York City and a workshop-style production. In 1996, the Unicorn was reopened after a lengthy renovation and became Berkshire Theatre Festival’s official second stage. The now-U-shaped performance center, located in the barn, boasts 122 seats.

Today, the Unicorn Theatre and the Playhouse hold performances of both classics and new works for locals and tourists. BTG even made it possible for those to still gather during the height of the pandemic in 2020. BTG hosted outdoor productions of Godspell during the summer and Truman Capote’s Holiday Memories in December; the former was the only Actors’ Equity Assoc. live production being staged in the U.S. at the time.

As for the latter, “in 13- to 20-degree weather, the audiences came,” Maguire said. “They were so hungry for theater and to be together again. Everybody was spaced, everyone was masked. But we kept going, and I think, because we have been able to keep our audiences safe, people have trusted us through the pandemic.”

Things to Do and Places to See

When thinking of a small town that relies on tourism to support its economy, one might assume it turns into a ghost town during the winter months. But this is not the case for Stockbridge. In fact, this close-knit town provides plenty of museums, historic sites, and other activities for those who live there and visitors alike, and most don’t close down during the offseason. While summer and spring typically see the most tourism, Stockbridge still has plenty to offer year-round.

Along Main Street alone, one can find the Stockbridge Library, the Red Lion Inn, St. Paul’s Episcopal Church, the Austen Riggs Center, the Mission House Museum, and many more.

Among the most popular is the Norman Rockwell Museum, which holds the world’s largest and most significant collection of Rockwell art and provides educational opportunities for those who are interested in learning more about the universal messages of humanity and kindness portrayed in his work. The museum houses more than 100,000 original items from Rockwell’s life, including working photographs, letters, personal calendars, fan mail, and business documents.

Of the 20 studios that he worked in, Rockwell said the one he owned in Stockbridge was his “best studio yet.” The museum has turned back the clock to an earlier, active period in his career: October 1960, when he was hard at work on his painting, “Golden Rule,” which would later appear on the cover of the Saturday Evening Post.

Another popular cultural destination is Tanglewood, the summer home of the Boston Symphony Orchestra, which straddles the Stockbridge-Lenox line. The summer 2023 season featured offerings ranging from Ringo Starr and his All-Starr Band to a Boston Symphony Orchestra concert with BSO Music Director Andris Nelsons leading a program of Bernstein’s “Opening Prayer,” Bernstein’s “Symphony No. 2 the Age of Anxiety,” and Stravinsky’s “The Rite of Spring.” 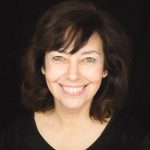 “The first few moments of all of those shows that we did, I would watch the audience drop their heads and lift them, and you could see tears coming down their eyes. They were not only together again, even though the audience members were all socially distanced, but they were reminded of what it means to be human again.”

Among the museums and shops downtown is the historical Children’s Chimes Tower, which recently underwent some renovations. The bell tower was built on the site of the original church in Stockbridge, which stood there from 1739 until 1785. The church was established by John Sergeant, a missionary who moved to Stockbridge to convert the Mahican people, a local indigenous tribe, to Christianity. He served there until his death in 1749 and was replaced by Jonathan Edwards, the former Northampton pastor and prominent theologian who helped influence the First Great Awakening. Edwards remained in Stockbridge until 1758.

The Children’s Chimes bell tower in front of the current church was built in 1878 by David Dudley Field II in honor of his grandchildren, with the intention that “it will be a memorial of those who are enshrined in my heart, while the ringing of the chimes at sunset I trust will give pleasure to all whose good fortune is to live in this peaceful valley.” Today, almost 140 years later, it is still rung, according to his wishes, every evening between Memorial Day and Labor Day at 5:30 p.m.

The creative economy keeps Stockbridge running. Whether it is the local museums, shops, restaurants, or shows at the Unicorn Theatre and the Playhouse, there are plenty of ways to experience culture.

“Doing Holiday Memories that winter of 2020 was a remarkable experience. I mean, the first few moments of all of those shows that we did, I would watch the audience drop their heads and lift them, and you could see tears coming down their eyes,” Maguire recalled. “They were not only together again, even though the audience members were all socially distanced, but they were reminded of what it means to be human again — because that’s what we do in a theater, right? So the culturals in the Berkshires are the driving force of the economy here.”

If someone sees a show, she explained, they will likely have a bite to eat at a local restaurant. Meanwhile, programs run by BTG bring in school-aged children who may later work in the box offices or house management, or take a summer job with the theater group. Annually, BTG hires about 700 people.

The group also makes almost 2,000 tickets available to community members who wouldn’t otherwise wouldn’t be able to afford coming to the theater. Sensory-friendly performances are also an option, Maguire said, “so for those members of our community that may have autism or may not be able to be in a room with loud noise, we make sure that one of our performances is specifically dedicated to making everyone feel comfortable at the theater.”

The arts and culture sector has always been a driving force in Stockbridge, and its resilience during — and recovery from — the pandemic has certainly been a performance worth hailing.