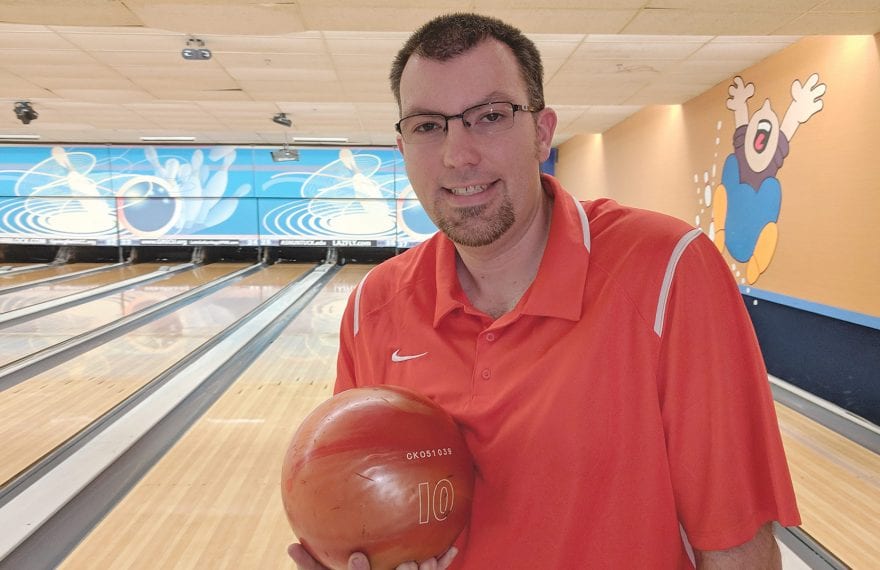 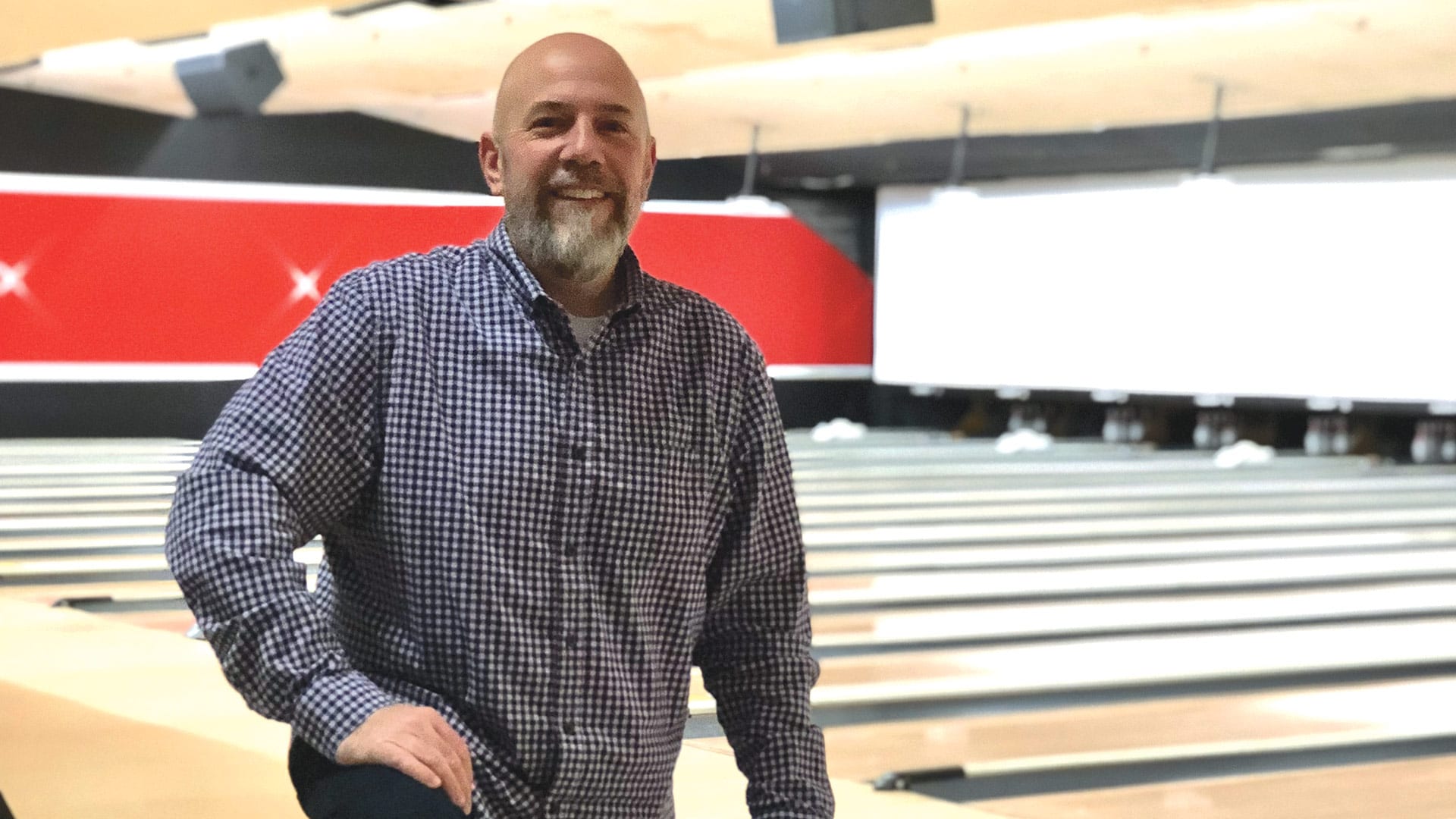 Jeff Bennett says league bowlers and casual players are looking for different amenities, and facilities need to cater to both constituencies.

Jeff Bennett remembers when the Pioneer Valley was home to many more bowling alleys than exist today.

“A lot of mom-and-pop centers started to close. We had a couple around here,” he told BusinessWest. “If you didn’t put in automatic scoring, blacklight bowling, if you didn’t keep the centers updated and clean, with nice bathrooms — well, those are the centers that don’t exist anymore. If you’re going to drop 70 or 100 bucks to go out for the day, are you going to the run-down place, or the place with the upbeat music, lights, and arcade? What’s going to be a more fun atmosphere?”

Bennett, general manager of AMF Chicopee Lanes, said his business, and that of its parent company, Bowlero, which boasts some 300 facilities nationwide, is doing well and still growing year after year, but added that such success doesn’t happen on its own. “We make people want to keep coming back and having fun. That’s what we try to focus on.”

Justin Godfrey agrees. “The important thing is to give them a quality, consistent product and make sure the guest has a memorable experience and wants to come back to your facility,” said the general manager of Shaker Bowl in East Longmeadow, which is now part of the Spare Time chain. “That’s really what it boils down to — treating people right and generating return business. Word of mouth is still king when it comes to getting people in the door.”

Those who haven’t been in a bowling alley in decades may be surprised by today’s centers, where they may encounter strobe lights and black lights, disc jockeys and music videos playing on large screens, and freshly made food.

“You get different crowds,” Godfrey said. “You get families more during the day, then at night, we run the light show and get the music going. It’s a different atmosphere from the leagues, which don’t want music. It just depends on the group.”

While there are fewer bowling lanes in operation than even a decade ago, those that are still in business have increasingly turned to a model that’s not just about bowling, Bennett said, touting amenities in Chicopee like food made from scratch, a full liquor license, servers that take orders on the lanes, and more.

“If you’re going to drop 70 or 100 bucks to go out for the day, are you going to the run-down place, or the place with the upbeat music, lights, and arcade? What’s going to be a more fun atmosphere?”

“That’s what casual bowlers are looking for — they’re looking for more atmosphere. They’re not just coming in for 20 minutes to bowl a game and leave. They’re here two or three hours — it’s one-stop entertainment, where they can have food and drinks, bowl, and play some arcade games. We have games geared for kids, and some old-school games for the adults.”

Godfrey said food and beverages can account for 25% or more of a center’s business, so it’s not an afterthought. Neither is the continual effort to introduce more people to the game — and everything that surrounds it these days.

“Before, you could just open your doors and people would come in, and many still do,” he said. “But we’ve really ventured out. We have event planners; we actually have people going out to create business, and that’s been very helpful for a lot of our centers. We do a lot of corporate parties. We work with a high-school gym class twice a week — we bring carpets into the gym classes and introduce kids to the sport. If the kids like it, they say, ‘hey, mom, let’s go bowling.’”

Bennett said Bowlero has different brands within the company — AMF being just one of them — and centers can be quite different from each other.

“What we term a traditional center is still heavily league-focused, and a lot of that comes from the demographics and what you have around you. We have two centers in Manhattan, and both combined don’t have a league bowler — it’s all events and retail-play driven, and those are the two biggest grossing centers,” he explained.

“But then you have a lot of our traditional centers in the Northeast that still rely on our league base, especially during the fall and winter season,” he added, noting that leagues account for about one-third of total lane use, with between 1,300 and 1,350 league bowlers showing up each week, up to 34 weeks a year.

“We’re still focused on league bowlers — Monday to Friday, we’re busy every night, all 40 lanes. And we have to do certain things for them — regular white lights, and we work on lane conditions that affect their scoring.”

But the company also put a lot of money into amenities that attract non-league bowlers, he added, including a video wall, a new audio-visual system, black lights, and a new arcade.

“On weekends, we focus on the retail or open-play bowler — casual fun for kids and adults,” he said. “We do a ton of kids’ birthday parties and corporate events on the weekends. Over the next month, quite a few businesses are going to do holiday parties. And on weekend nights, it’s mostly adults; on Saturdays between 5 and 1, we’re extremely busy.” 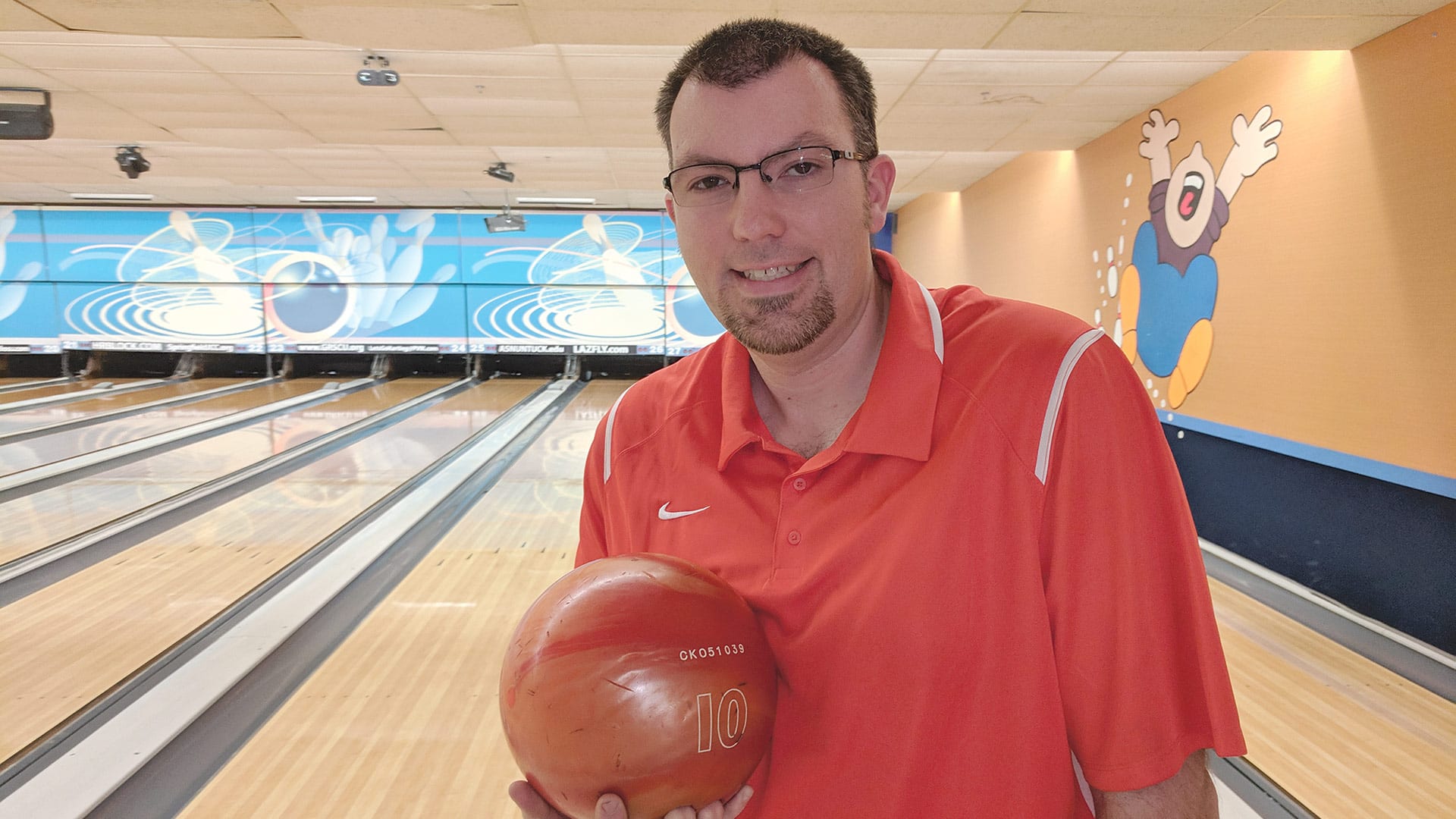 At Shaker Bowl, Godfrey has seen a shift in his 18 years there, from a league-centric model to more open bowling for kids, adults, and families. Leagues don’t attract younger people like they used to, he said, and many people don’t want to make the commitment for 30-plus weeks. To counter that reality, he’s offering a 12-week league on Sunday nights to capture interest during the colder months.

But the Spare Time chain — which also has sites in Northampton, Vernon, Conn., and Windsor Locks, Conn. — understands it’s not just about bowling anymore.

“They’re really gearing it toward other entertainment options for the guests,” he said. “In Windsor Locks, which is newly renovated, there are escape rooms, laser tag, a huge arcade, and a restaurant. It’s more of a family entertainment center than your traditional bowling center.”

There are other factors that go into a successful center, he added, from cleanliness to consistent food quality across all sites in a chain. And let’s not forget the game itself, which has been attracting families for generations due to its easy-to-learn, hard-to-master qualities.

“Anyone can do it, and we meet the needs of all age levels, too,” he said. In fact, the day BusinessWest visited, Shaker Bowl was hosting a special-needs group in wheelchairs, bowling off taller metal ramps adapted for them.

“We’ve got ramps for the kids, all different weight balls — we can accommodate people of all ages, sizes, skill levels, everything. I think that’s definitely part of the appeal.”

There used to be about eight 10-pin bowling lanes locally, Bennett noted, but now there are only a handful. The average age of bowlers at AMF Chicopee Lanes is 25 to 45, and they usually bowl at least once a week. Many are there on weekend nights, when the average age is 25 to 35.

Like Godfrey, he noted that the center offers ramps so people with handicaps can bowl, six-pound balls that can be pushed down the lanes by 3- and 4-year-olds, and bumpers in the gutters to increase their chances of knocking down pins.

“Successful centers nowadays, in most markets, have to cater to everybody and do everything,” Bennett said, noting that AMF Chicopee Lanes hosts myriad junior and adult tournaments, not to mention fund-raising events for organizations like the Make-A-Wish Foundation, Big Brothers Big Sisters, and many others.

“We need all those types of events to be successful nowadays,” he added. “Springfield has a lot of options, especially with the casino here. We were worried that would affect us a little bit, but there’s been no effect so far.”

In short, business keeps rolling along for bowling centers that understand this changing market, and craft an experience that’s about more than just strikes and spares.