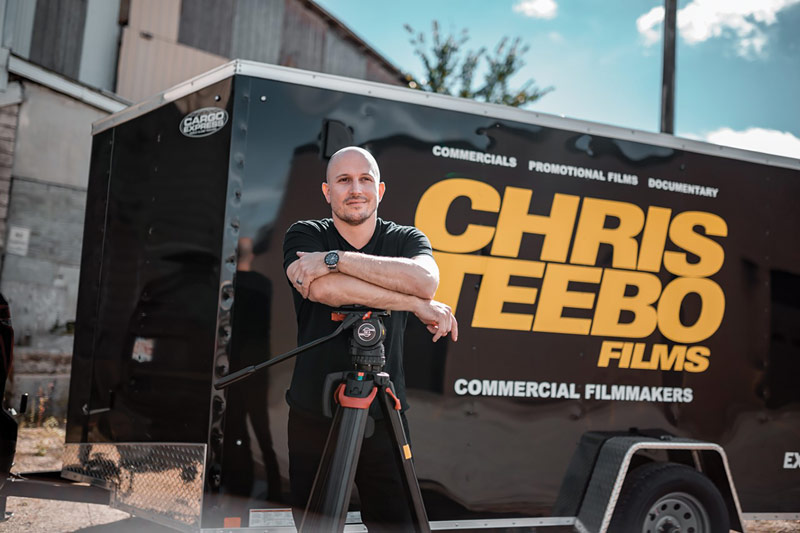 “His camera was his paintbrush, and his canvas his screen.”

That’s how Judy Matt, president of the Spirit of Springfield, chose to sum up the life and work of Chris Thibault, who created some stunning videos for the agency and its Bright Nights holiday lighting display in Forest Park. As she did so, one could sense the pain of having to use the past tense — a pain felt by all who came to know him, even if only for a short while.

Thibault is BusinessWest’s first posthumous 40 Under Forty honoree. He passed away in February, during the nomination period, and the many who nominated him felt firmly that, because of his body of work, his professionalism, the manner in which he touched those he worked with and for, and the way in which he took a long and difficult cancer battle public and inspired countless people in the process, he earned a place within the class of 2021.

Thibault was an entrepreneur, launching his production company, T-Bo Productions, in 2004. But while he was a businessman, he was, to most, an artist — one who took ideas and goals and turned them into video works of art. Over the years, he worked with a number of area clients, including Spirit of Springfield, Big Y, Mercedes-Benz of Springfield, the Greater Springfield Convention and Visitors Bureau, Health New England, and many others.

There were no small projects in his mind, said his wife, Missy, and he approached every project with passion and energy.

“Some people can immerse themselves in their work, and it can have a negative effect — like it was too much,” she explained. “With him, it seemed like a very natural balance. He put everything he had into each and every project. That’s how he did things.”

He kept doing things that way even as cancer ate away at his body and made it more difficult to work and create, and this was just one of the many ways he inspired others. Another was the way he and Missy shared their cancer battle with the world.

“That just came naturally to us because we love to document,” she explained. “He always said, ‘the story is king,’ and he had a story of his own that he felt he had a responsibility to tell.”

By telling it, he took his already-considerable talents as an artist to an even higher level.