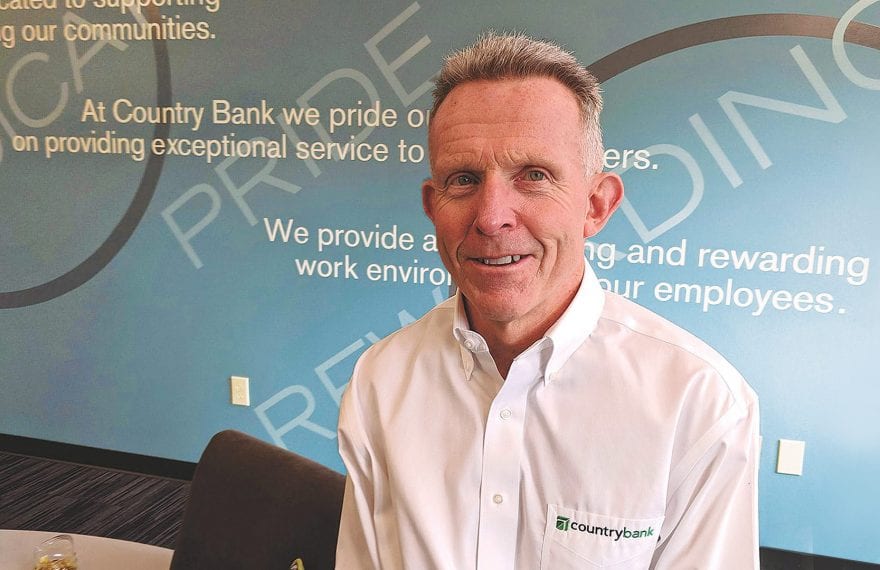 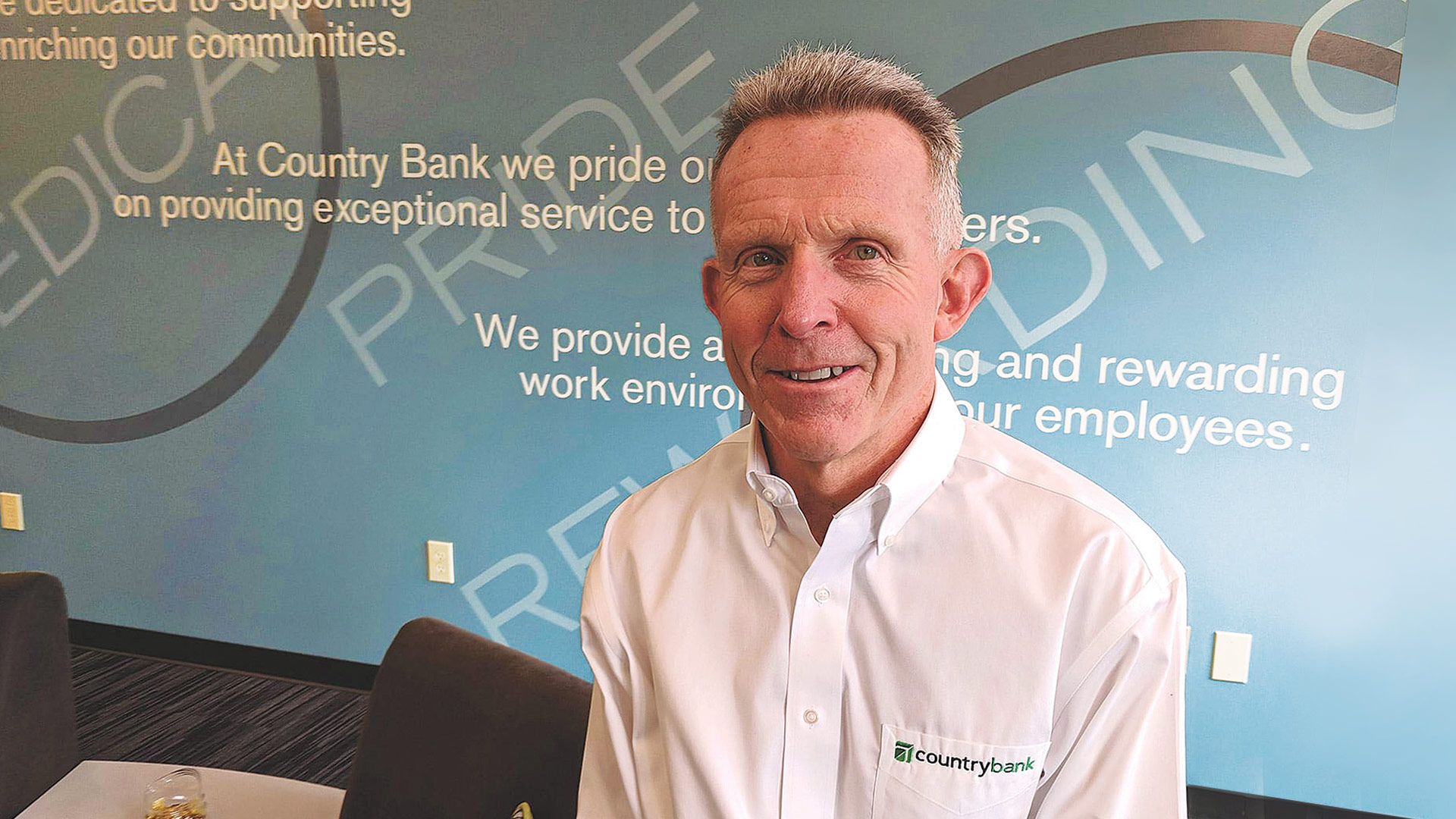 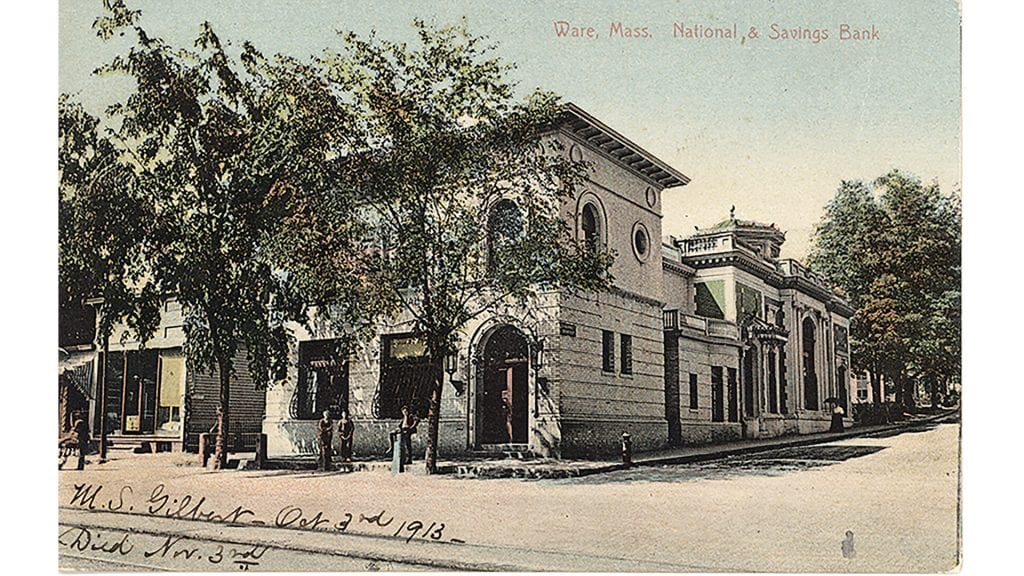 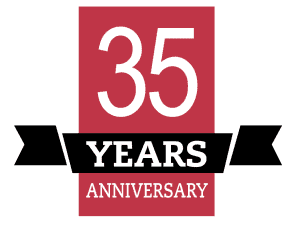 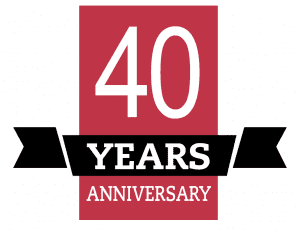 Whalley Computer Associates (WCA) has grown and changed tremendously since it was founded in 1979, but it remains a friendly, flexible, family-owned business that puts the customers’ needs first, said President Paul Whalley.

WCA is a technology sales and service organization that partners with customers to reduce their costs and increase their efficiency through technology, said Whalley, adding that it accomplishes this by providing unbiased presales consultation, exceptional pricing, outstanding, product preparation, delivery, deployment and maintenance services anywhere in North America.

Since the beginning, WCA has been servicing corporations and educational institutions headquarted in New England, New York, and their remote locations throughout North America, he noted. The company has extensive experience with corporations of all sizes, educational institutions from kindergarten to college, as well as local and state government. 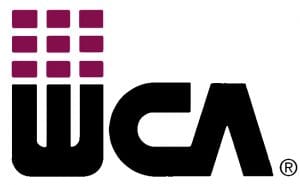 WCA performs services for some of the largest and most prestigious companies in New England and New York including EMC, TJMAXX, Marshalls, Friendly’s, Bertucci’s, Westfield State University, Providence College, the cities of Boston, Springfield, Warwick, R.I., and nearly 3,000 other customers.

Today, WCA’s corporate office is located in our new 62,500-square-foot state-of-the-art office building located at One Whalley Way in Southwick. WCA employs more than 140 computer professionals at its two business locations, serving a customer base of more than 30,000 customers. They provide hardware, software, programming, technical, networking, and training services. 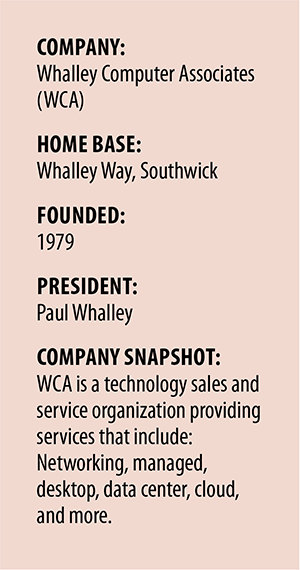 WCA remains a family-owned business completely focused on providing the best service available anywhere in the United States.
As its celebrates its 40th anniversary, one thing that will not change moving forward, said Whalley, is its commitment to customer satisfaction and ability to provide the best technology products and services in the region. bankESB Marks 150 Years of Being a True Hometown bank bankESB is marking its 150th birthday this year, and there is much to celebrate, especially a century and a half of being a true hometown bank.

“For all of those years, the bank has been dedicated to providing its customers with a wide range of innovative products and services,” said Dena Hall, bankESB Executive Vice President and Chief Marketing Officer. “Today, bankESB is a one-stop shop for individual and commercial banking and financial services. The bank has been growing and expanding to better serve customers, including recently adding three commercial bankers, and increasing its staff in human resources, cash management, and mortgage services. Customers looking to buy a home or refinance have the option of applying for a loan either in-person with a mortgage professional or online.”

With the opening of a branch on Sargeant Street in Holyoke, bankESB has 11 branches throughout the Valley. Besides Easthampton, where it has two locations, branches are also located in Agawam, Belchertown, Hadley, South Hadley, Southampton, Westfield, and two in Northampton. And a 12th branch is scheduled to open in Amherst in 2020.

In short, the bank has grown and evolved over the years, but it remains true to the charter on which it was launched. Indeed, a mutual bank, bankESB’s mission is to remain loyal to its customers, employees and the communities it serves, not stockholders, said Hall, adding that the bank’s mission is reflected in its values of charitable giving and volunteerism. From large organizations like Cooley Dickinson Hospital to local

Little League teams, the Easthampton Saving’s Bank Charitable Foundation has donated close to $2 million over the past five years.

bankESB employees can also be found volunteering their time for a myriad of charitable projects and events throughout the Pioneer Valley, so much so that the Boston Business Journal recently ranked the bank as a “Top Corporate Charitable Volunteer” in Massachusetts. These efforts have culminated in Forbes Magazine naming bankESB to its 2019 Best n-State Bank list, two years in a row. “This recognition is particularly special because we live and work by a set of core values, so I’m proud to say this award really goes to our employees,” said Matthew Sosik, President & CEO of bankESB and CEO of Hometown Financial Group, the bank’s parent company. “The commitment they bring to their job each day and the service they provide to our customers and communities is what sets us apart from other banks.”

As Hall and Sosik noted, as bankESB marks its sesquicentennial, there is plenty to celebrate.