Mixed Signals, Numbers Make it Difficult to Project on the Economy 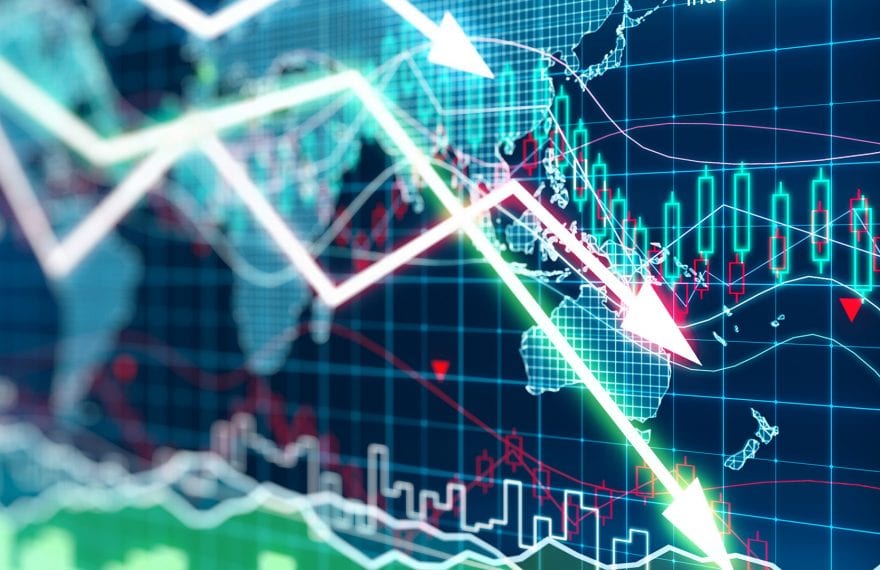 John Regan says that, in many respects, it is difficult to reconcile the numbers from the latest Business Confidence Index (BCI) released by Associated Industries of Mass. (AIM) with recent headlines and the many strong headwinds facing business owners and managers today.

Indeed, the monthly confidence index continued an upward trend since the start of the year, rising to 58.1, a gain of 0.9 points, putting the index “comfortably within optimistic territory,” according to AIM, which Regan serves as president.

That optimism, though, comes as inflation remains at nearly historic levels, gas prices continue their upward climb, a stubborn workforce crisis continues, supply-chain issues persist, and the stock market is down double digits (almost 20%, in fact) from the start of the year. That’s why Regan acknowledges that the BCI’s trajectory seems illogical, if not contradictory to what’s happening.

“It’s hard to reconcile, but people feel confident,” he said. “And the Business Confidence Index is important because if you’re confident, you’re more willing to make investments in equipment, people, facilities, and new products.”

And a closer look at the landscape might reveal that there are, in fact, reasons for such optimism, he said, starting with a simple comparison to where things were two years ago — and even four months ago — with regard to the pandemic and its many side effects. 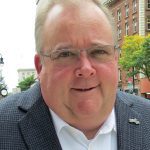 “Massachusetts is on track to end this fiscal year with more than $6 billion in the rainy day fund — it’s just incredible revenue performance.”

And then, there’s those soaring state revenues. The Department of Revenue took in more than $2 billion above what was expected in April, giving Gov. Charlie Baker cause to press his case for the Legislature to take up his proposals to provide roughly $700 million in tax relief to residents.

“Massachusetts is on track to end this fiscal year with more than $6 billion in the rainy day fund — it’s just incredible revenue performance,” he said. “If you match business confidence with the state’s own revenue performance, clearly positive things are happening.”

Overall, there are several factors, competing numbers, and varying opinions relative to just what is causing this record inflation that make it difficult to speculate about what will happen short- and long-term and whether the country is heading for a recession, as many are now projecting. GDP declined by 1.4% in the first quarter, and many economists are projecting that this trend will continue in Q2. And the matter is complicated further by the Fed’s ongoing efforts to slow the pace of inflation by raising interest rates — an aggressive strategy that is fueling speculation about a recession.

As Bob Nakosteen, a semi-retired professor of Economics at the Isenberg School of Management at UMass Amherst surveys the scene, he said it is largely without precedent, thus making analysis, let alone predictions, difficult.

“We live in complicated times,” he said, with a large dose of understatement in his voice. “It’s a complicated picture, more complicated than I’ve ever seen it.”

“This is a very unusual period of time,” he told BusinessWest. “Because there are so many different things going on, between supply chain issues driving costs up, the cost of gas being driven up by government regulation … it’s really hard to pinpoint whether it’s true economic growth that’s driving inflation or if it’s purely government-driven. So it’s hard to say exactly what’s going on.”

And even harder to project what will happen. Nakosteen does not anticipate continued decline in GDP for the second quarter, which, if it did happen, would be the technical definition of recession. But he’s not projecting strong growth, either. “This is a very unusual period of time. Because there are so many different things going on, between supply chain issues driving costs up, the cost of gas being driven up by government regulation … it’s really hard to pinpoint whether it’s true economic growth that’s driving inflation or if it’s purely government-driven. So it’s hard to say exactly what’s going on.”

“My prediction is we’ll see growth in the second quarter,” he said. “Not robust growth, maybe 1% or 1.5%, but I don’t think you’ll see GDP decline again.”

Meanwhile, Regan said economists with AIM are projecting that recession is “more likely than not, but it won’t be a terribly long recession.”

For this issue, BusinessWest talked with these experts and asked them to slice through the complex confluence of issues and try to anticipate what will happen with the economy in the coming months and quarters.

It was the late U.S. Sen. John McCain who, in 2015, described Russia as “a gas station masquerading as a country.” Paying homage to that quote, Nakosteen, echoing others, said Russia is a “a gas station with an army.”

That classification, and the acknowledgment that Russia, and Ukraine, both export large amounts of wheat and fertilizer, speaks volumes about just one of the many forces — most of them unpredictable in nature — that are impacting the national and global economic scene. And they’re also making it difficult to determine what will happen in Q2, Q3, and well beyond, said Nakosteen, who, like Regan, said that despite those aforementioned headwinds, there are many positive signs when it comes to the economy. 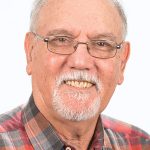 “The job market is strong, retail sales are good … so the economy is actually pretty strong, and the Fed thinks it’s too strong.”

“The GDP decline in both the state and the nation was almost more a technical issue, because all the numbers that went into it, except those regarding inventory, were strong,” he explained. “The job market is strong, retail sales are good … so the economy is actually pretty strong, and the Fed thinks it’s too strong.”

Which prompted two interest-rate hikes this year, including a half-point increase late last month, designed to slow the economy. But with those rate hikes comes talk of inflation, said Nakosteen, adding that, historically, one has led to the other.

These factors add up to a lot of watching and analyzing for people like Canina, who said there is a lot to digest, including current loan activity, or the lack thereof, as well as inflation and the dreaded inverted yield curve — a successful predictor of many recent recessions — and the impact of rising interest rates on consumer spending as the cost of borrowing increases.

Starting with a look at loan activity, he said it has slowed markedly in recent months, with most all refinancing of home mortgages complete and commercial loans in the post-PPP era being relatively stagnant.

“For what should be a very robust economic environment, we’re not seeing the equivalent loan opportunities on either the commercial or residential side,” he said, adding that the rising interest rates, coupled with low inventory and soaring prices, are certainly impacting the latter. “We’re not seeing a lot of loan demand; we’re doing what we can to find it, but it’s challenging for us right now.”

And this lack of loan activity will certainly have an impact on interest paid on deposits, he said, noting that while one might assume that these rates will rise naturally as the Fed increases interest rates, they won’t if loan activity remains stagnant.

“We’re coming off a time when banks have a ton of cash because of all the government stimulus that’s been flooded into the market,” he explained. “So they have a ton of cash on their balance sheet and not a lot of loan demand, so it’s going to be very difficult for them to pay higher rates on deposits unless they can turn that cash into loans.”

And the loan market is just one of the many things to watch moving forward, he went on, adding that the sluggishness in that area is a symptom (one of many) that the inflation being witnessed is a product of government policy and other factors — supply chain issues, workforce shortages and resulting higher wages among them — rather than the economy being hot and in need of being cooled down.

“I don’t think gas prices or the cost of groceries are really being impacted by consumer spending,” he said. “I think those things have been impacted by government regulation, supply chain, and cost of wages — grocery stores paying $17 an hour for kids to bag groceries because they can’t hire people at lower wages because there’s no one to hire.”

“It’s all been reactionary to the pandemic — everything right now seems to be incredibly artificial,” he went on, adding that, for this reason, the Fed’s interest-rate hikes might provide a real, unfiltered look at what’s happening with the economy. “We have artificially driven rates on the short term, and the Fed also manipulating rates on the long end with their bond purchases. If they can start shrinking their balance sheet, and raising interest rates on the low end can normalize the yield curve, and then get out of the markets, then we can see what’s really going on.”

Still another thing to watch is how quickly and profoundly interest rates are increased, he said, adding that, in the past, when rates rise quickly and in large doses, the Fed has had to back off and reverse course in an effort to pick up a slowing economy.

Nakosteen agreed, and noted that there are many factors that go into inflation, some of which are likely to be impacted by rising interest rates — such as the spending spawned by government-awarded money in the wake of the pandemic — and some not.

“It’s a complicated picture,” he said. “And inflation is more complicated than I’ve ever seen it.”

Looking back to see if there was a time to compare all this to, Nakosteen said there were many similar attempts to slow the economy, but perhaps none at a time when there were so many issues clouding the picture.

“It’s a bizarre mixture of factors,” he said. “There’s COVID, the war in Ukraine, the aftermath of all the stimulus … it’s a strange mix.”

And despite this mix of factors, or headwinds, business owners are generally upbeat, as indicated in the upward movement of the BCI, which Regan explained this way:

“When things are going badly, the BCI usually predicts that. Despite all the negative stock market activity and the presence of significant inflation pressures, along with continuing supply chain issues and the challenge of securing a workforce, the index is in significantly positive territory.

“When you look at the BCI and some of the other things that are happening, it’s hard to reconcile, other than to say that the people who are responding to the survey feel very confident about how they are doing and how they perceive conditions for their own operation,” he went on, adding that the next reporting of the BCI will be watched with great interest.

Looking again at the complicated picture that is the national economy, Nakosteen said that, historically, efforts by the Fed to slow inflation by raising interest rates usually take six months or more to reveal their true efficacy.

But in this case, such initiatives have been designed to speed that process, he said, adding that he’s not at all sure whether they actually succeed in doing that — or whether they will succeed at all, given the many question marks concerning the nature of this historic inflation.

Overall, the always complicated task of projecting what will happen with the economy has become that much more difficult. In other words, stay tuned.