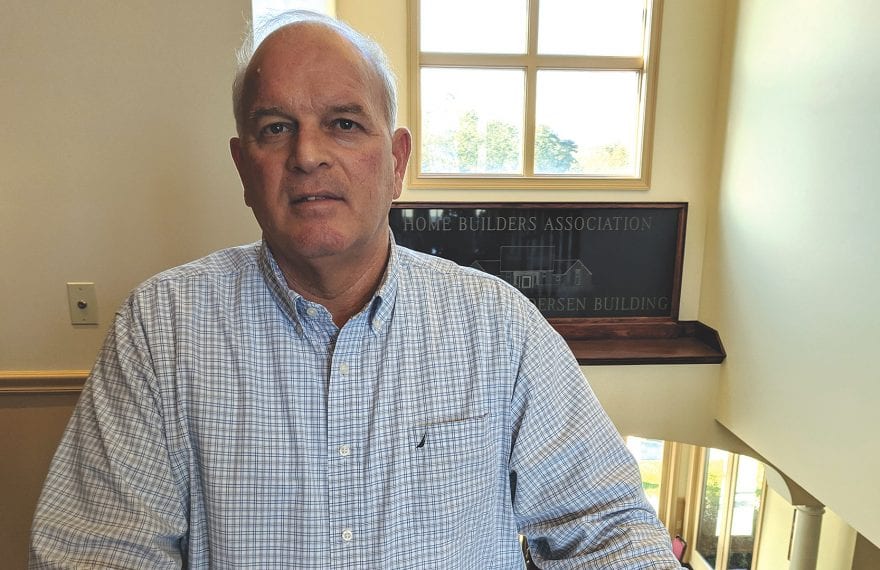 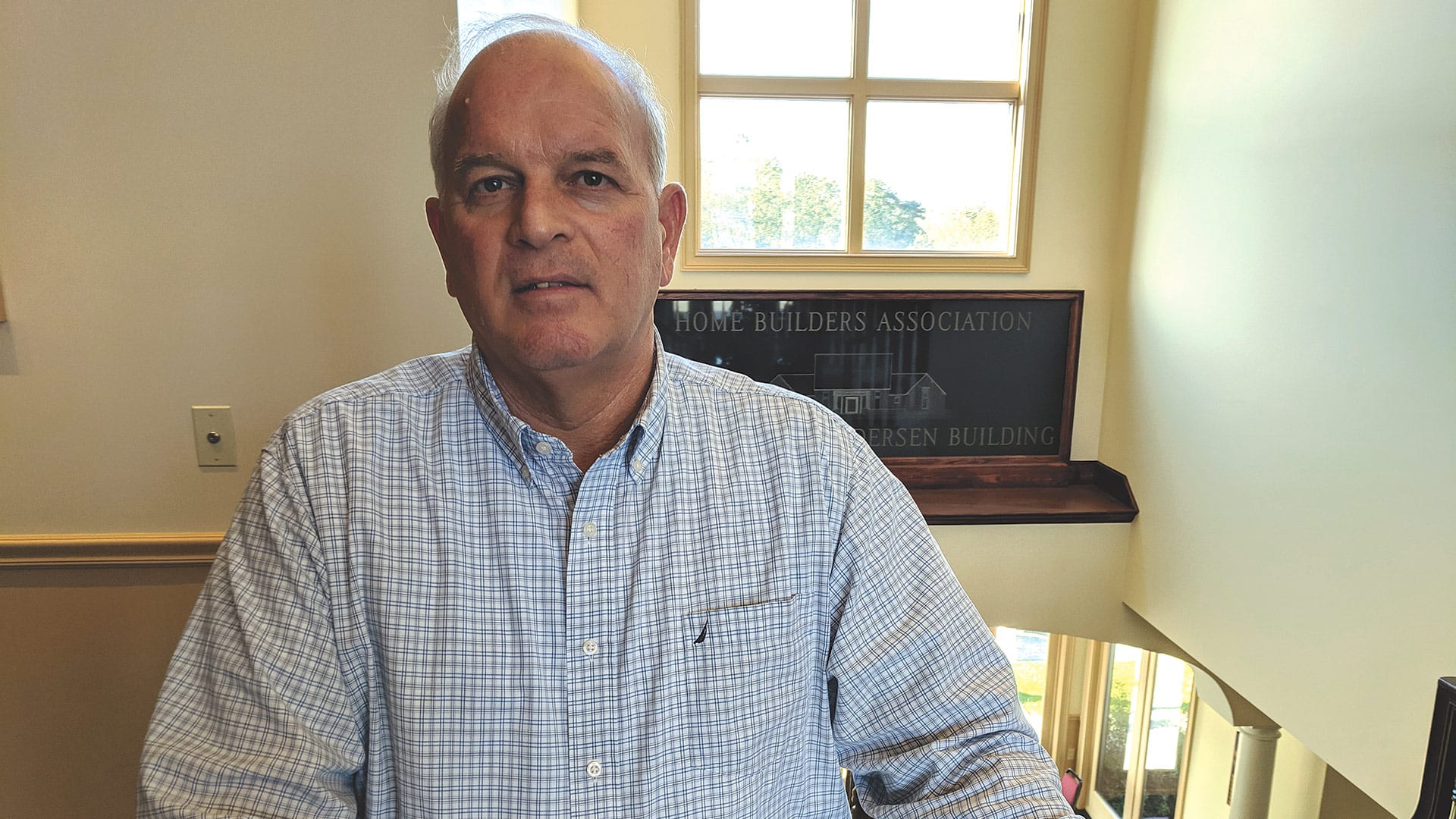 Online learning isn’t a recent innovation, but in the world of continuing education for construction professionals, there aren’t many programs doing it — and few are doing it more effectively than the Home Builders and Remodelers Assoc. of Western Mass., says the association’s executive director. Its partnership with Holyoke Community College, he notes, is helping contractors get the training they need on a schedule that doesn’t take them off the worksite at critical times — and that benefits everyone.

Education, Andy Crane says, isn’t an afterthought for the Home Builders and Remodelers Assoc. of Western Mass. — it’s part of its mission statement.

“We get calls multiple times a day just asking questions, all over the spectrum,” said Crane, the HBRA’s executive director. “It could range from grading the soil to what you need on the roof to what kind of energy efficiency you need, and we’re expected to know that — and if we don’t, we know who to call. The fact that you can call and get an answer to your question is, I think, critical to the building trade in general. I think it validates us.”

On a broader scale, the association has long conducted continuing-education classes for construction supervisors and building professionals. The state requires 12 hours of classwork every two years, but the value of education goes beyond that, Crane said. Take, for example, a course on writing construction contracts.

“Very few people know how to do it properly, how to write a good contract,” he told BusinessWest. “There are contracts written on the back of napkins, or on lumber yard receipts. You’re collecting thousands of dollars from Mr. and Mrs. Smith, and the contractor may or may not take off, and Mr. and Mrs. Smith have no avenue to turn to. Contracts are not just one-way — they protect me, but they protect you as well. Writing the proper contract and including the right licensing and registration numbers and insurance — it’s huge.”

In recent years, the state began allowing up to six of those 12 hours of classwork to be conducted online. Crane said the HBRA wanted to get into that — but wanted to do it right. So the association approached Ken White, dean of Community Services at Holyoke Community College (HCC), to develop an online continuing-education platform that would compare favorably with any live classroom experience.

“More and more education and training is going from live classroom instruction to convenient online learning,” White said, adding that it makes particular sense in the construction world.

“We’re serving construction supervisors who are critically important individuals on the job; they’re overseeing everything that’s happening,” he explained. “To have them off site to go to a full-day program is a huge commitment of time that many times might not be in the best interest of the homeowner or the builder.

“HBRA has been doing premium classes for decades — of the six or seven home builders associations in the Commonwealth, they’re recognized by the rest of them as the best, by far,” he went on. “They asked us if there was a way to take their live instruction and create an online opportunity. That way, they can wrap their training and continuing development around their schedules, which may be weekends, evenings, and early mornings. And instead of taking it in these huge chunks of four hours or eight hours, they can do it an hour here and an hour there.”

“We used a videographer to actually film all the live classrooms that take place here at the HBRA, with a three-camera setup. We keep the anonymity of the students because all you’re seeing are backs of heads; the focus is on the instruction. It’s filmed, it’s edited by the college to make sure it flows correctly, then it’s reviewed by the presenter, who is a builder or someone in the construction industry here in the Commonwealth. They look at it, and when it’s approved, it’s released to the public.”

“The reviews have been superlative,” White said. “They’ve picked some really great individuals who not only know their trade, but have great communication skills and keep up to date.”

He called continuing education the “lifeblood of decision making” for construction supervisors.

“On the job, if you make the wrong decision, people could get hurt, or something could leak, or something might not be up to code. They have a lot on the line. That’s why it’s important to have to be the best-educated, most experienced individuals in this profession. The college is just happy to be a part of it.”

Crane said the HBRA is still teaching about 100 people a month at its headquarters in Springfield, but contractors are increasingly choosing the convenience of the online model.

“Some leave the job site and attend a live training,” White added. “But you can get an identical experience taking the same class online around your own schedule.”

Purchasing a class is as simple as logging on to the HBRA website, perusing course options, and paying for them via a secure checkout. A few minutes after payment is processed, the user receives an e-mail with a link to log onto a class at his or her convenience.

Since the online program began in the summer of 2017, it has seen 295 registrations through the portal, White noted, adding that the HBRA of Western Mass. is at the forefront of this type of education in the construction industry. 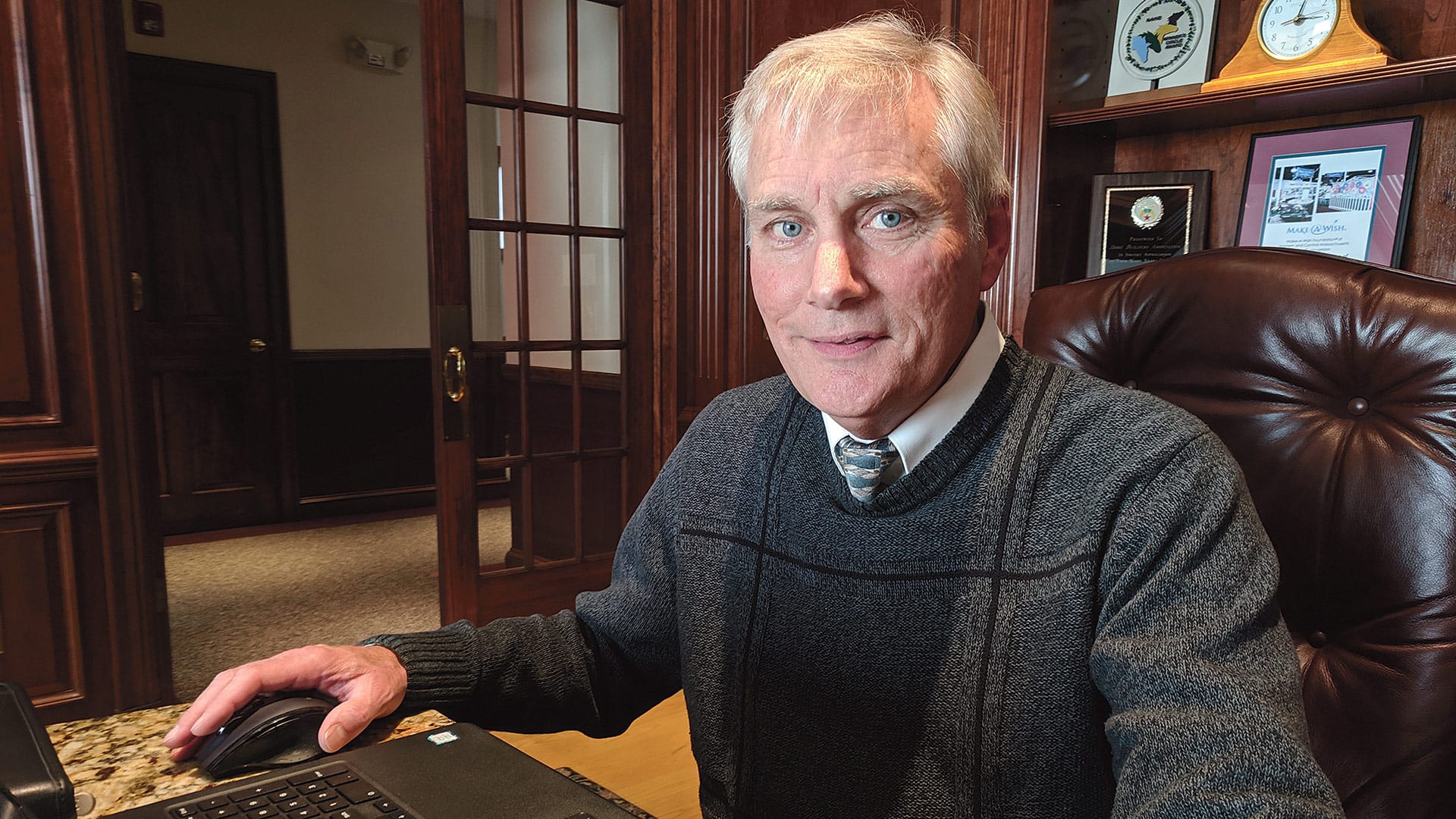 Ken White says HCC aimed to create an online platform that would be as well-received as the live classes the local HBRA is already known for.

“They’re the only ones who have online learning that’s a live video capture of the actual classes, so what students are seeing is a very engaging, identical experience that they can take in smaller portions if they’d like. Whenever they stop, they can get back in back exactly where they left off. And at the very end, there’s a final examination with 20 multiple-choice questions they have to get right to get credit.”

Crane noted that questions need to be answered every 20 minutes or so, too, which ensures that the user actually watches the material.

“The problem with online classes, when they first came out, was that you could literally pay your fee and pay your kid five bucks to pass the test by sitting there doing this,” he said as he mindlessly pressed a button. “Because we’re considered leaders in the industry, we thought that was wrong, so we helped get the rules changed so that, if you want people to learn stuff, you have to create a platform that makes them learn. You take a certain portion of time, maybe 20 minutes, then you’re tested on that 20 minutes. When you pass, you move on to the next 20 minutes. So you get your six hours of credit, you actually have to do six hours.”

After passing the final exam, the user prints a certificate to send in to the state to renew their license.

It works well for many construction professionals, Crane added, though many still prefer to be in a live classroom.

“You can take 12 hours live or do six live and six online. Personally, I don’t like doing things online. In fact, I hate it. I first came here because they offered classes here, downstairs in our conference room. I sat here for two days — there’s no tests when you do it this way; if you’re here 12 hours, they assume you learned.”

To feel the same confidence in an online platform, he said, “we had to build a program that follows the state’s protocol to a T, and make it tough so they’re actually learning something. Our classes are $90 for three classes. For-profit businesses will run that for $29, but they don’t care what you learn. They’re willing to wait for the hammer to drop and then close down, and they don’t care; they’ll just do it to somebody else.”

White said he works with other companies to provide various types of training, both live and online. “But in terms of this particular industry, we’re not aware of anyone else doing this. And the other plus is, with live training, most folks are local supervisors and builders. Online, we have folks as far as Cape Cod, Nantucket, even Cape Coral, Florida. It allows folks, wherever they’re located, to take this and not have to drive a half-day to get here and back and deal with traffic.”

Even in its live classrooms, Crane noted, the HBRA of Western Mass. has been ahead of the curve.

“If other associations do it, they go get a professor at a college or some local professional and rent a room at the Holiday Inn and run a class,” he said. “Nobody I’m aware of has an online product. We’re the only ones out of the Home Builders Association running an online program. There are bootleg courses online, being taught by people in Arkansas and Canada and California at half the cost, but the content is nowhere near as professional as ours is.”

White said he was impressed by what he saw when he first attended a class in Springfield.

“I was really blown away because it was very professional and intensive, with an incredible amount of information, a lot of interaction between student and instructor, a lot of passion, and all relevant information that helps business owners and construction professionals and supervisors in their day-to-day decision making, whether it’s dealing with OSHA or lead issues or whatever the case may be.

“When I went back to report to my vice president, Jeff Hayden, I told him the instruction is superlative. I said, ‘there’s a lot of engagement, it was interactive — this is perfect for live video capture.”

In the end, he said, HCC and the association have turned out a premium learning experience.

“And it’s due to the folks that Andy hires to teach,” White added. “They’re experts. This isn’t a sideline; it’s what they’ve been doing all their lives. They live this 365 days a year. So folks are really happy about the product the HBRA has put out, and we’re happy to have been selected to partner with them and create these models.”

Crane agreed. “This is a unique partnership that benefits consumers, clients of builders, the state — it benefits everyone who touches this product.”