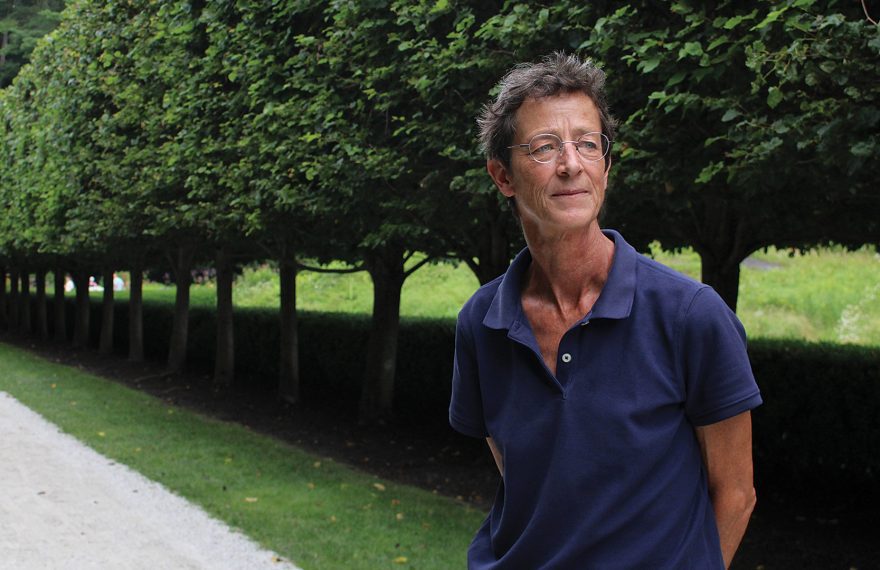 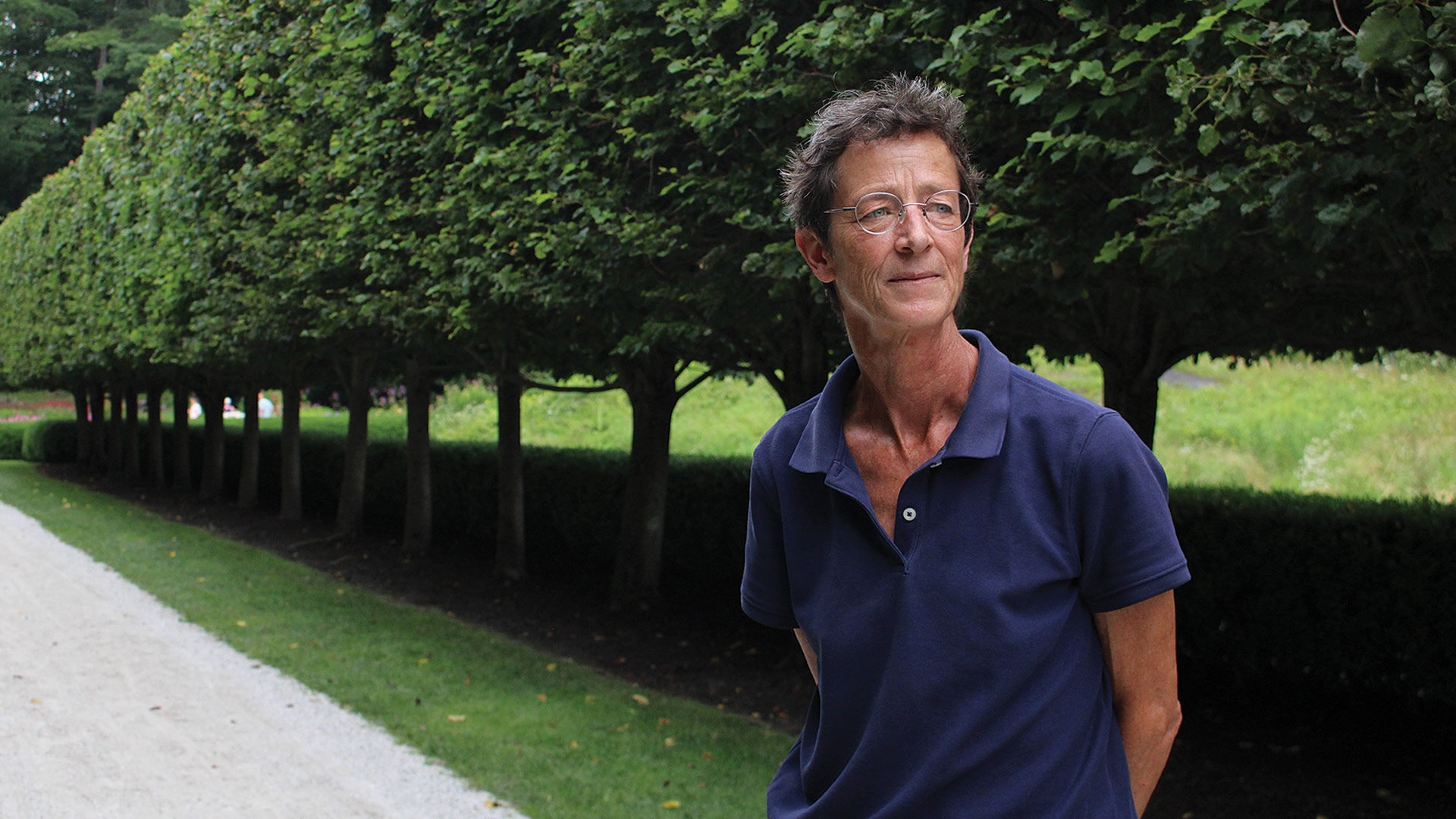 Susan Wissler says visitorship is way up at the Mount — not just from 2020, but from pre-pandemic 2019.

It may not stack up to Edith Wharton’s best novels, but it’s a compelling story.

“We’ve had an incredibly good season, despite the challenge of staying in compliance with the latest CDC and local health recommendations regarding COVID,” said Susan Wissler, executive director of the Mount, Wharton’s former estate in Lenox that is now a hub for all kinds of arts, nature, and cultural programming.

In fact, Wissler said, this year’s visitorship has doubled that of 2020 — maybe not a striking statistic in itself, given the economic shutdown of that spring and a hesitancy among many people to leave their homes for much of the year. But this year’s figures are also 50% higher than they were in 2019.

Part of that success may be attributed to a decision last year to open up the property’s outdoor grounds and gardens for free. “We opened as a public park so people had a place to walk and enjoy beauty and nature in relative safety,” she noted. “We’ve got a pretty big space, and people really appreciated it.”

“We opened as a public park so people had a place to walk and enjoy beauty and nature in relative safety. We’ve got a pretty big space, and people really appreciated it.”

The house itself still requires admission, and Wissler worried people would take advantage of the free outdoor experience and leave. And maybe some did come with that plan — but many felt compelled to go inside, too. Thus, paid visitation topped the previous two years.

So did weddings, all of which were cancelled in 2020, many of them moved into this year. The Mount typically hosts about 12 weddings per year; it will welcome 26 between May and October.

Still, the new focus on outdoor space — which included a lecture series under tents this summer — posed its own issues, particularly weeks when it rained and rained. “That has been a huge frustration for all culturals and restaurants, anyone focusing more attention outdoors,” Wissler said. “The weather was a punch in the stomach.”

MASS MoCA in North Adams also offers programming inside and outdoors, and found plenty of success with both in 2021. “June and July were actually our highest-attended months we’ve ever had — and that includes pre-COVID visitorship,” said Jenny Wright, the museum’s director of Communications.

“We had that brief moment after Memorial Day when we were able to lift restrictions — but we do have an indoor mask mandate in place since August 4 and require our staff to be vaccinated. But we’re very fortunate to have the luxury of lots of indoor and outdoor space on our side,” she noted, adding that, in addition to the museum’s wide corridors and spacious galleries making it easy to physically distance, MASS MoCA made good use of outdoor courtyard space this year to stage performances. “We’re very fortunate to have space on our side during this period.”

The museum’s robust artist-residency programs continued throughout the pandemic as well.

“When people are unable to come here, we can still get that story out through our digital programming, whether it’s visual or performing arts.”

“Even before we reinstated our performances, we were housing artists in residence to develop new work. That was the catalyst for us developing new digital programming. That was something we hadn’t done much of before,” Wright said, noting that the museum told artist stories with behind-the-scenes documentaries it then posted online as a way to keep the public connected even when they weren’t in the building. It’s also creating 360-degree virtual tours, starting with its famed Sol Lewitt exhibit, to post to the MASS MoCA website.

“Our mission is to make art … new art that has never existed before,” Wright noted. “When you come here and see that, it’s a powerful experience. But when people are unable to come here, we can still get that story out through our digital programming, whether it’s visual or performing arts.

“For us, it’s really thinking about ways to create multiple points of entry for people, not just the front door,” she went on. “That was something we hadn’t explored in too much depth before.”

Wissler said the Mount found similar success reaching new audiences virtually. “We were really reluctant to get into the pool of virtual programming, but COVID forced us to dive right in — and Zoom programming has been amazing.”

Specifically, events featuring guest authors have been a hit — and found a much broader audience than before. Now, an event that typically drew authors from the mid-Atlantic and New England can bring in guests from pretty much anywhere — and the potential audience has also expanded around the country and even around the world.

“That’s something we’ll continue as we move forward,” Wissler said. “We haven’t found a way to monetize it yet, but from a visitor standpoint, it’s a huge success.”

While many regional destinations and arts organizations shut down completely in 2020, Berkshire Theatre Group (BTG) turned in one of the year’s most notable success stories, creatively staging an outdoor, socially distanced run of Godspell in August in September — the only show featuring Equity stage actors in the entire country at the time.

Nick Paleologos, executive director, said planning for the 2021 season began in late 2020, and the general feeling as the calendar turned was that current health conditions weren’t going to change dramatically until late 2021 or even 2022.

“So we decided to build on what we learned in the summer of 2020, when we did Godspell outdoors. We planned for a modest but slightly more robust outdoor season on both our campuses, in Stockbridge and Pittsfield.”

In Stockbridge, that meant outdoor runs for The Importance of Being Earnest and a newer play, Nina Simone: Four Women, while in Pittsfield, the theater planned a community version of The Wizard of Oz, but with a slightly scaled-back supporting cast. The organization also scheduled a series of outdoor music performances.

“Then, quite suddenly, Gov. Baker decided to lift all restrictions on Memorial Day weekend, and that caught us a little off guard,” Paleologos said. “We had a planned a whole series of protocols, and now, all of a sudden, we were being told, ‘no problem, go back indoors, you don’t have to wear masks,’ all that.”

So the Stockbridge performances were shifted indoors, to the 120-seat Unicorn Theatre, while The Wizard of Oz in Pittsfield remained outdoors, under tents. While it didn’t have to mandate masks, the Unicorn did require them, even though it had recently upgraded its HVAC system.

“We decided on an abundance of caution — we would require masks and suffer any pushback there might be,” Paleologos went on. “But we encountered very little pushback. People were quite happy, even with the protocols, to wear masks for the entire indoor production. We had hardly any complaints. I think they were grateful to be back inside, in an air-conditioned space, instead of outdoors in Stockbridge during the summer.”

Meanwhile, in Pittsfield, attendees didn’t have to wear masks under the tents if they chose not to, and most didn’t.

But another “curveball,” as Paleologos called it, would follow — and, unlike Baker’s decision in May, it wasn’t a positive one. As the Delta variant of COVID-19 emerged and dramatically increased infection rates in a state where COVID had been largely under control, BTG had a decision to make. It was headed into the Nina Simone part of the season and opted to keep that show indoors — but require proof of vaccination for entry.

“Again, we braced outselves for a backlash which never came,” he said, adding that the theater did have to turn away a few people who did not carry that proof with them, even though they claimed to be vaccinated. But in most cases, those patrons requested a credit for a future performance rather than their money back, and other patrons thanked Paleologos for holding fast to the policy, he noted.

“They said the only reason they were there was because of the protocol. I think we’ve gotten to a stage where the issue of concern over spreading the virus has become almost a reflective action; I think people are kind of acclimated to that.”

Places in the Heart

The winter-season holiday show at BTG’s Colonial Theatre in Pittsfield will be held indoors, with masks and vaccination required, as well as distancing by placing an empty seat between seated parties.

In other words, the show goes on at this company that has learned not only how to pivot, but that its audience is willing to pivot right along with it.

Paleologos said the various shifts this year have not only made the organization more flexible, but have shown him that the public is willing to adapt as well — and that bodes well for any future ‘curveballs.’

“It’s been a real learning experience for us. As we look ahead, we’ve become more nimble with what we do and how we do it.”

It’s just one example of how people are seeking meaningful experiences right now and are, for the most part, accepting of whatever protocols are required to engage in them.

“I think people came out of 2020 feeling starved and lonely,” Wissler said. “They’re thinking about the Mount as a destination — a nice place to meet with friends and socialize. I think people are coming for many reasons other than tourism — it’s a great place to keep up and enjoy personal relationships.”

Wright agreed that the pandemic has driven home the importance of what destinations like MASS MoCA offer.

“After everything that’s happened over the past 18 months,” she said, “it really underscores the importance of the arts and cultural destinations during these difficult times — particularly contemporary art, which is not just reflections of the moment we’re in, but can present us with a view of what’s possible. And I think people really need that right now.”