Factory Ordering Has Become the New Norm in Auto Sales 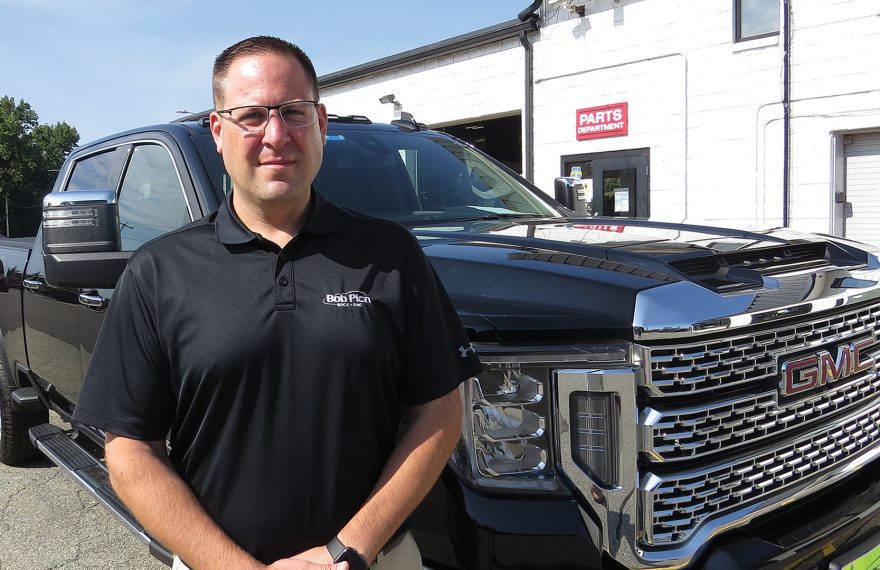 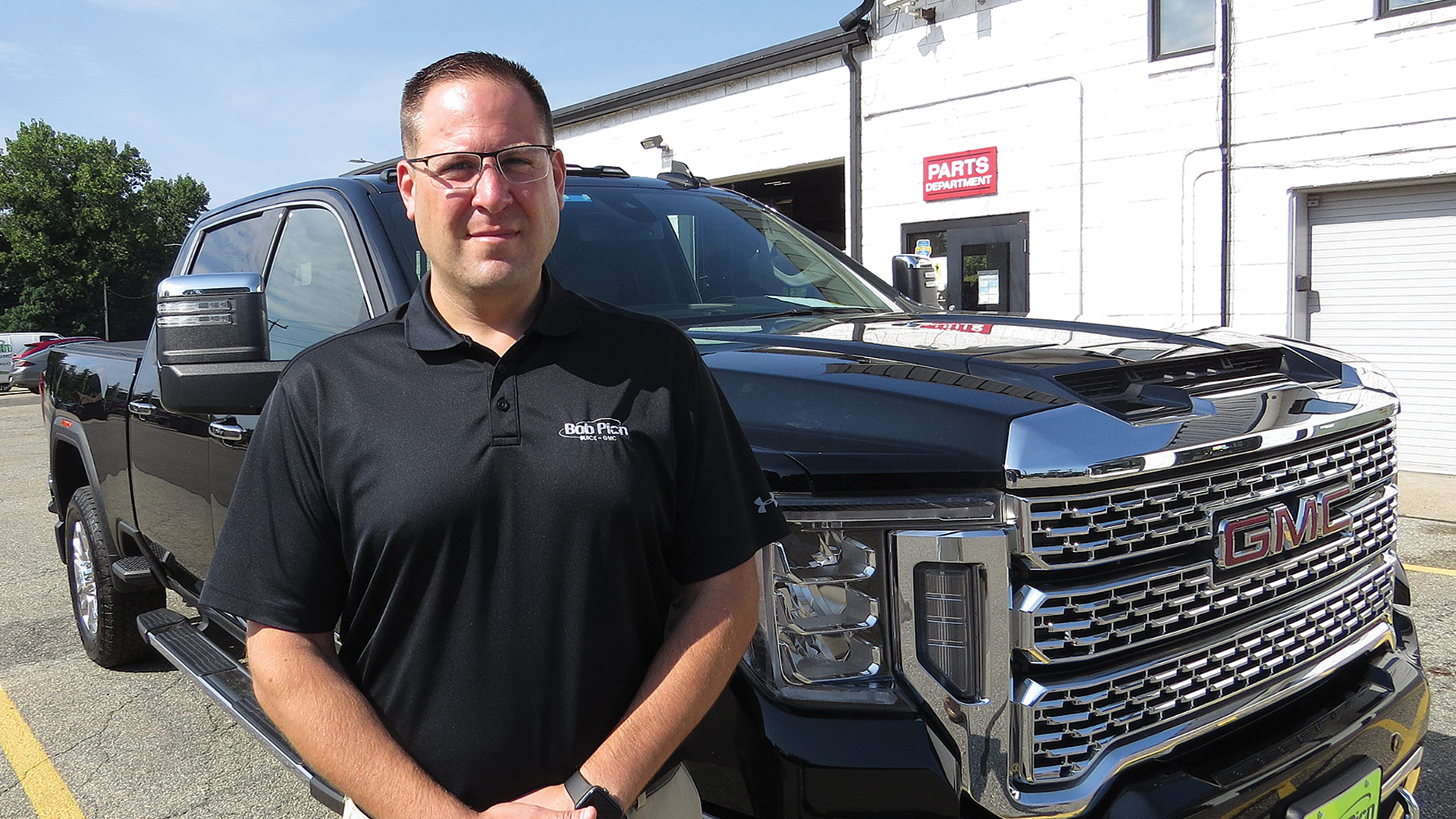 Rob Pion says factory ordering has long been the norm with trucks and some SUVs, but the wait time for some vehicles is now six months to a year.

When asked how many new cars he had on his lot, Rob Pion, general manager of Bob Pion Buick GMC in Chicopee, quickly said “eight.”

And he did so with a subdued voice that conveyed the frustration that he and every other auto dealer in the 413 is feeling right now regarding a situation that is clearly out of their control, but also a reality that must be confronted.

And the depth of that reality become clear when Pion paused after adding up his new-car inventory in his head and acknowledged that his number is certainly higher than some of his fellow dealers in the area.

“I guess that’s not really too bad compared to some others,” he told BusinessWest, adding that this situation is not going to get appreciably better anytime soon, especially when it comes to the trucks and large SUVs that comprise his bread and butter. Consumers don’t have a lot to choose from, so unless they want to settle, and many of them don’t, they must order what they want and wait for it to come in.

“Before, you didn’t see that many factory orders — it would be the oddball unit. Now, we’re almost in a build-to-delivery stage, particularly with some of the domestics, like Ford; they’re really encouraging people to just put in their order — they know they’re making a car that the customer wants.”

Or, as the case may be with many truck models, and to borrow that famous line from the start of Casablanca, ‘wait, and wait, and wait.’

Indeed, these have become the days of factory-ordered vehicles — a trend that is a world removed from what dealers in this area are generally used to.

Yes, there have always been times when a customer would have to order and then wait for a model with a number of specific features, packages, or even a rare color. And when it comes to pickups, especially the larger models used for towing, factory ordering has long been a common practice.

But in these days when factories — dealing with shortages of not only microchips but a host of other parts — are well behind in production at a time when demand is high, factory ordering has become, well, the order of the day for many makes, especially pickups and SUVs, but also luxury models, which customers are generally more willing to wait for. 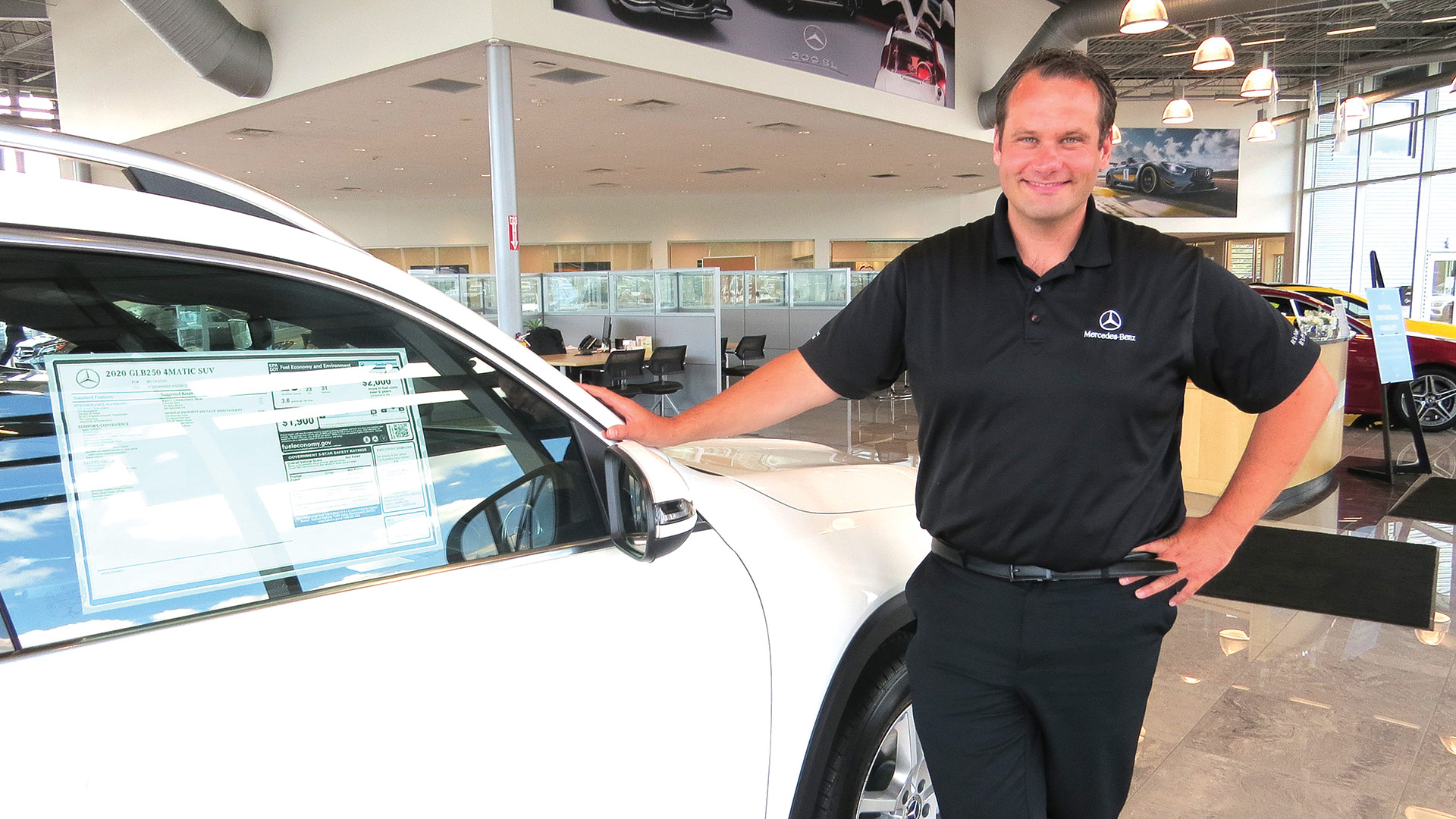 Peter Wirth says that, while Mercedes-Benz of Springfield has always handled a good number of factory-ordered vehicles, those numbers have never been higher than they are now.

“We’ve never had so many cars factory-ordered,” said Peter Wirth, co-owner of Mercedes-Benz of Springfield. “We have perhaps 50 cars at the moment that are already sold and just waiting to come in. Next month, for example, we have cars coming for inventory, and we have another 25 cars that are pre-sold.”

These factory-ordered cars are certainly helping dealers cope with inventory levels that are unprecedented, said Wirth, adding that, currently, perhaps 75% of total new-car sales are happening in this fashion.

“How many cars we have in our inventory is not a good measuring stick for us,” he went on. “It’s more a question of ‘what percentage of people who want to buy a car from us can we take care of?’ And the answer is still relatively high, as long as the customer is willing to work with us. And two things are helping us — the first is that the luxury-car buyer is generally more patient, and two, it’s been all over the media, so they’re generally used to it; they’ve heard from another brand they may have looked at, or maybe they heard it while they were trying to buy a kitchen appliance or building materials.”

Ben Sullivan, chief operating officer at Balise Motor Sales, agreed. He noted that factory ordering is becoming more prevalent, and the manufacturers are seeing some advantages to this profound change in the way things are being done — in this country, at least.

“Before, you didn’t see that many factory orders — it would be the oddball unit,” he told BusinessWest. “Now, we’re almost in a build-to-delivery stage, particularly with some of the domestics, like Ford; they’re really encouraging people to just put in their order — they know they’re making a car that the customer wants.”

Could this new way become a more permanent model for the future given what appear to be real advantages for the manufacturer and even the dealer? Sullivan acknowledged that this is a legitimate question, and that factory ordering is far more prevalent in other parts of the world, where huge showrooms and hundreds of cars on a lot are simply not practical. But he and others wondered out loud if Americans would tolerate such a process in anything but an emergency situation.

“The United States market has never operated that way,” he noted. “Ford has gone public and said they would like to move that way, so we’ll see. It will be a component of where things go, but I don’t know if it will ever completely replace what we’re used to here. Americans, once they’ve made a decision that they want to buy something, whether it’s a car or a TV … it’s a matter of immediacy.

“When you tell people you necessarily can’t get X, Y, or Z — or, if you can, you don’t know when — some people will wait, but others will say ‘I don’t need a truck right now,’” he explained. “Before, people would order vehicles, then they became trained to buy one off the lot — that Amazon-like mentality where, if I can’t have it in one day, I don’t want it, or I’ll move along.”

“I’ve had customers that have had vehicles on order for nine or 10 months for one reason or another. They haven’t been built, and they may never be built because of shortages of certain things.”

Moving forward, Sullivan said, dealers will ultimately have to be ready, willing, and able to serve customers in both ways — those who want to factory order a car and those who want to come to a lot, pick out a car, and drive it home a few days or even a few hours later.

“The way that we look at it as retailers is that we have to be adaptable enough to handle the people that want a car absolutely today, and those who want to put in an order and get it exactly how they want it and wait 12 weeks. For us, we have to be able to do both.”

Wirth concurred, noting that the current trends represent a minor shift from the way things were for his brand. Indeed, he said maybe two-thirds of those looking to buy a car wouldn’t drive home with something already on the lot. Instead, they would want something close, and the dealership would try to find it through its “pipleline” — a sister store in New Jersey or other dealerships in the Northeast.

Now, with inventories low everywhere, finding the car in the desired color and with all the preferred options and packages is becoming far more difficult. So the preferred route is now factory-ordering one and waiting for it.

Generally, the wait is a few months, but for some trucks, it can be half a year or more, said Pion, demonstrating that, even with factory ordering, there are limitations and challenges — for the dealer and the consumer.

“I’ve had customers that have had vehicles on order for nine or 10 months for one reason or another,” he told BusinessWest. “They haven’t been built, and they may never be built because of shortages of certain things.

“The problem you run into when you get to trucks is they get so granular,” he went on. “It could be as simple as ‘I want this wheel,’ and they just don’t have that wheel available. A simple option here or there makes a vehicle unbuildable.”

In this climate, some consumers are settling for somewhat less than everything they want, while others are not. “Some say, ‘it doesn’t matter if it takes a year or a year and a half for the truck to come in; I want what I want,’” Pion explained, adding that, in such cases, a new model year may arrive before the order is filled, and a 2021 model becomes a 2022.