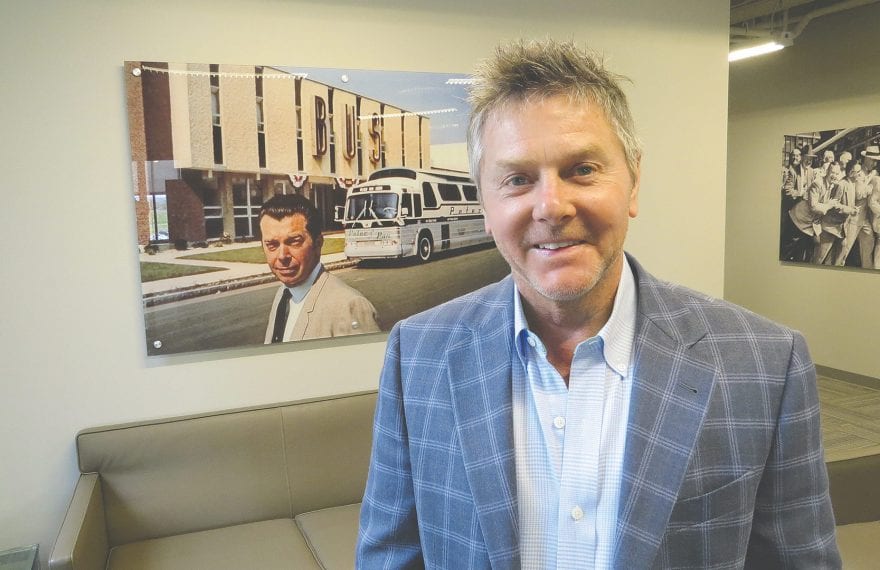 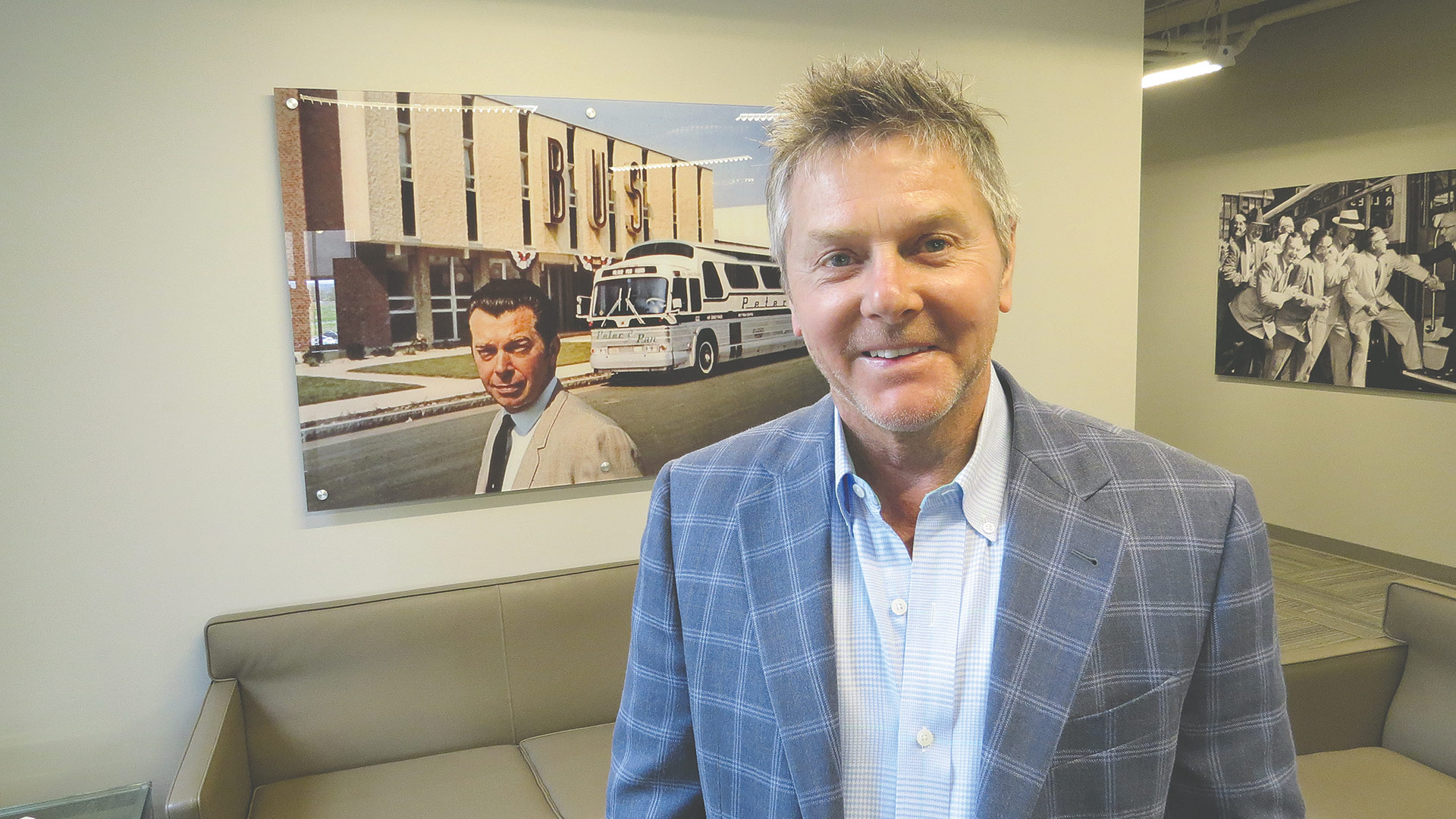 Peter Picknelly says the higher prices that consumers are experiencing at the gas pump are a fairly recent phenomenon, with the surge coming over the past few months or so.

But in the bus business, such changes to the landscape can, and usually do, have a quick and profound impact. And Easter weekend provided ample evidence of this.

“Business was up 18% over the same period a year ago — we were really busy over Easter weekend,” said Picknelly. “When gas prices go up, we see an increase in ridership, and they’ve been going up.

“It’s almost instantaneous — when fuel prices go up, it hurts our customers, and they look for alternatives,” he went on. “Meanwhile, holidays are generally a pretty good barometer of how business is going overall, and we saw that Easter weekend.”

Elaborating, he said that fluctuating gas prices — they come down as often as they go up — are just one of the reasons why agility is perhaps the best quality a bus company can possess these days, and also why Springfield-based Peter Pan is currently taking a number of steps to become even more agile.

“It’s almost instantaneous — when fuel prices go up, it hurts our customers, and they look for alternatives.”

Indeed, the company is expanding its fleet — five new buses were recently delivered, and 10 more are on order, far more than the number replaced in what would be considered a typical year — and also adding new routes, hiring more drivers, and utilizing technology (a revamped website and a new app) to make it easier to know where all those buses are going and to buy seats on them.

Meanwhile, Peter Pan will soon have its own ticket counter at the Port Authority Bus Terminal in Manhattan, a long-awaited, very expensive, and logistically complicated undertaking that Picknelly said will give the company invaluable visibility in the city where it does its highest volume of business.

All these steps, as noted, are designed to make the company more agile and better able to thrive in an always-changing marketplace, but one where bus travel is seemingly as popular as ever, and perhaps even more so as younger generations eschew the automobile and look to other — generally simple and inexpensive — ways to get from here to there. 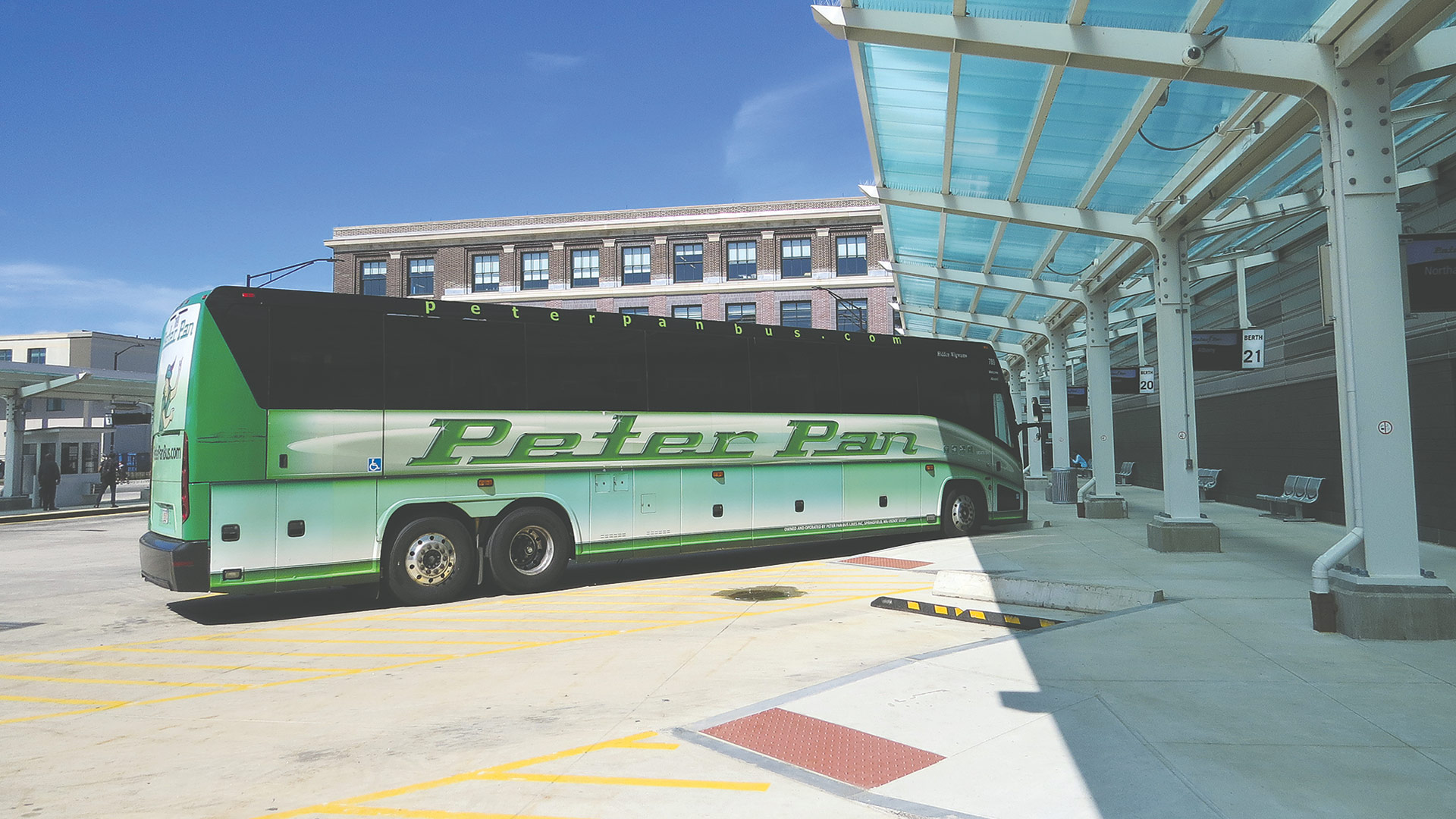 “What the buses specialize in is high-frequency service at very reasonable fares — and that’s what people are looking for,” said Picknelly, who described Peter Pan as “once again the fastest-growing bus line in America,” meaning it has held that distinction once, if not a few times, and he believes it does again, especially as he watches many competitors scale back.

For this issue, BusinessWest talked at length with Picknelly about why he feels he can make that claim and the specific steps that back up that boast.

Picknelly told BusinessWest that as part of the process of ordering those new coaches he mentioned — each with a price tag of roughly $550,000 — he a few other team members (his wife, Melissa Picknelly, vice president, and Marketing Director Danielle Veronesi, to be specific) spent a considerable amount of time recently trying out some options for the seats in those vehicles.

Decades ago, there probably wouldn’t have been a need for such an exercise — a seat was a seat. But that was then. These days, as with seemingly everything else you can buy, there are options, and lots of them.

“The average ride on our buses is three and a half hours, and we’re looking to make it as comfortable as possible,” he explained. “There’s a lot to look at with these seats — how the seatbelt clicks, how they adjust, how comfortable they are … the one I think we’re going to go with is actually an inch and a half lower than others, which we think will provide for a better ride.”

That attention to detail with seats speaks volumes about the overall mindset driving the company — pun intended. It’s a customer-based approach that is spawning a number of new initiatives, starting with the new buses and why they’ve been ordered.

Picknelly said the coaches the company buys, like workhorse planes bought by the airlines, can be in service for decades. But eventually they need to be replaced, and in a typical year the company will cycle out a least a few.
But this year’s order placed with Motor Coach Industries (MCI) is especially large and includes not only replacement buses, but ones needed to cover new routes and expected heavier traffic on some existing routes.

In that first category are new routes on Cape Cod and between New York, Philadelphia, and Washington, D.C.

On the Cape, the company, which in the past only brought riders as far as Hyannis, now services just about every community between there and Provincetown, said Picknelly, an aggressive expansion effort that began at the start of this year.

“We’re expecting that to be huge,” he said, adding that bus service can and should be viewed as an alternative to trying to drive to those communities, especially in the summer. “We’re running express service and we’re connecting in from Logan Airport, downtown Boston, and New York City — those are our biggest destinations to Cape Cod.”

Further down the coast, the company recently (meaning just last week) expanded service between three of the biggest cities it serves — New York, Baltimore, and Washington — to essentially provide more options for customers.

The reason for such expansion is obvious — demand, he went on, adding that the company will start with seven buses a day to each city, but those numbers could rise.

And there could be still more additions to the schedule after the Encore Boston Harbor casino opens its doors next month, said Picknelly, adding that the company is in discussions with ownership about running buses from the casino to South Station and other connecting points, shuttles, and other work.

As he talked about all this growth and the potential for more to come, Picknelly said technology has played a big part in it. As one example, he cited a revamped website that went live just before Easter, one that not only heightens awareness of routes and schedules, but greatly simplifies the process of buying a ticket online.

And the buying public is moving increasingly in that direction, he said, noting that today, 80% of tickets are purchased online, a number that moves higher with each passing year, although there are still many who still walk up and buy at the counter — especially in New York, which explains the company’s huge investment at the Port Authority.

This heavy volume of online sales brings benefits for the customers, obviously, but also for Peter Pan, said Picknelly, adding that they take a lot of the guesswork out of scheduling and staffing buses.

“In the olden days, for lack of a better term, we would have a consistent schedule, seven days a week the same schedule,” he explained. “Now, because people buy tickets in advance — it’s a reservation and it’s a guaranteed seat — we know exactly how many people are going to be on the bus, and we modify our schedules accordingly.

“In many cases, our schedules are different on Tuesdays and Wednesdays than they are on Thursdays, and very different from what they are on Fridays, Saturdays, or Mondays,” he went on. “We adjust our schedule product based on consumer demand on a daily basis; before it was guesswork and ‘set it and kind of forget it.’ Now, we have staff looking at the numbers and the trends, and we adjust every day.”

Elaborating, he said that, if the 2 o’clock bus to Philadelphia is filling up, the company may well add a 2:30 run. And with a new app the company is rolling out in a few days, a customer can, among other things, change his or reservation from the 2 to the 2:30, if they know well in advance that they’re going to be running a little late.

The app will also make buying tickets even easier, because it will log previous purchases, recognize trends, and enable the consumer to rebook a schedule with one click, said Picknelly, adding that many of these developments are unique within the industry.

Also unique will be the ability to buy what Picknelly called ‘commuter tickets,’ 10 tickets at once, for example, at a discount price that consumers can load onto their phone and use whenever they want.

“No one else is doing that in our industry,” he said, using that phrase to refer to many of the recent innovations. “And these are things that we think are game changers.”

Returning to the subject of online buying and the benefits it brings, Picknelly said the company can make adjustments for weather, holidays, special events, and, yes, soaring gas prices.

“If we know there’s a snowstorm coming, we can cut schedules and combine them,” he explained. “We’re able to forecast much better and adjust our product based on consumer demand. We’re much more agile than we used to be, and the consumer benefits from that.”

There’s that word again, and it’s a word you didn’t hear much when it came to transportation in general and bus companies in particular. But you do now, and Peter Pan keeps finding new ways to be agile and benefit from that important quality.

That’s a big reason why Picknelly believes that, once again, this is the fastest-growing bus company in the country.