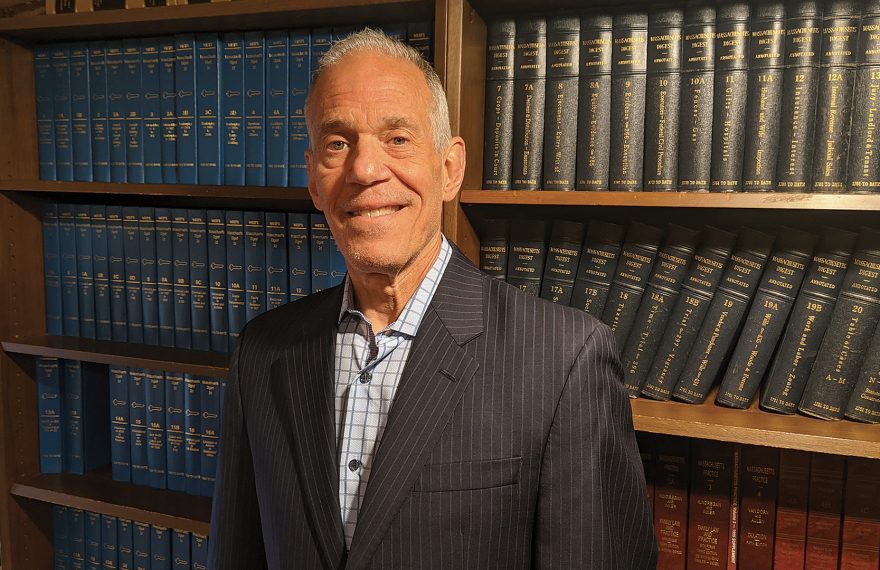 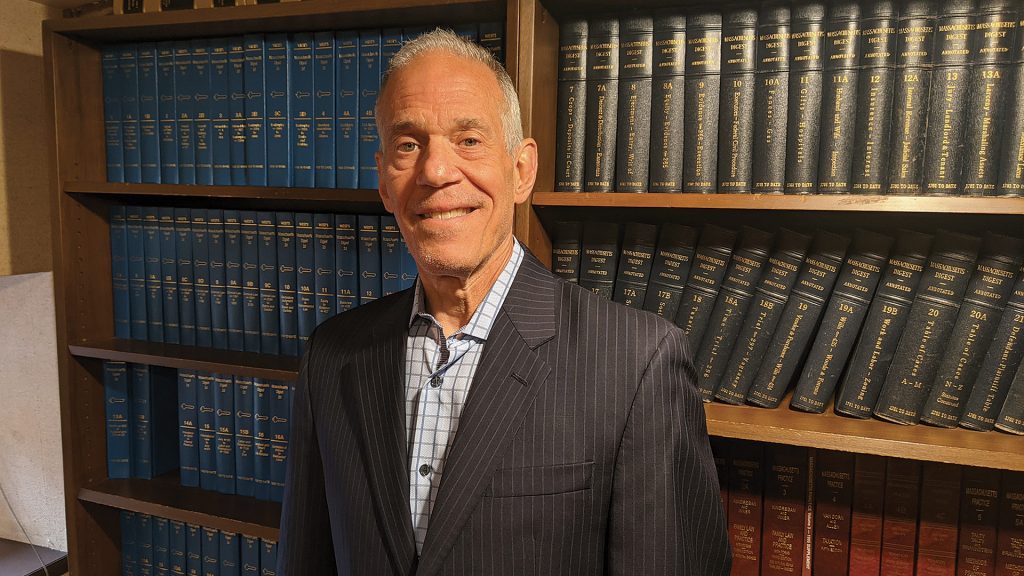 Springfield-based Cooley Shrair and Hartford-based Halloran Sage have a lot in common, including histories that span more than 75 years and a focus on the broad needs of business clients. But their philosophies and cultures also have a lot in common, as their leaders discovered during discussions that led to Cooley Shrair joining the Halloran Sage family last month. The result, they hope, will be more inclusive service to clients, as well as a more attractive landing spot for the young talent all law firms need to grow.

When asked what Halloran Sage and Cooley Shrair bring to each other’s table, David Shrair had to think back only 15 minutes.

“We’ve got a new, West Hartford-based client who called me and said, ‘I tried to trademark a logo myself, and I got lost. Can you help us?’” said Shrair, a partner at his namesake Springfield firm, which recently joined the much larger, Hartford-based Halloran Sage law group.

“We normally would have referred him to a firm we did business with in Hartford, who did all our intellectual-property work,” Shrair continued. “But I got on the computer and sent out a blast e-mail to partners and counsel at Halloran Sage. Within three minutes, I got one name from five different partners. I’ve connected that partner, he’s got the logo, and we’re working on it.”

In other words, by joining forces with 86-year-old Halloran Sage, an 80-attorney practice whose law expertise in the realm known as transactional business runs deeper in some areas than Cooley Shrair’s, the firm can keep its clients in house for a much wider range of matters, instead of farming them out, he noted.

“We can keep an eye on the case and make sure it’s being handled properly, which is very difficult to do when you’re sending it out to somebody else, and you have no idea whether your client is being taken care of,” said Peter Shrair, another partner with the firm. “If we’re looking at the client’s interest first, then the client gets a much better product.”

That’s one of the ideas behind what both firms aren’t calling a merger or an acquisition, but a joining together of the two entities under the Halloran Sage umbrella.

“We started talking, and we saw some synergies between what we do and what they do. And I had a thought that one plus one could equal three, with a really good group of smart people working together.”

Peter said he started talking informally to Bill McGrath, a partner at Halloran Sage, about such a relationship last year.

“Another lawyer in their office, Sue Scibilia, and I were talking about something else. She said to me, ‘you really should meet Bill McGrath. He’s a good business person and one of the smartest lawyers I’ve ever known.’ And I consider Sue to be one of the smartest lawyers I’ve ever known. So, we started talking, and we saw some synergies between what we do and what they do. And I had a thought that one plus one could equal three, with a really good group of smart people working together.”

“This has always been a Connecticut-based firm with a regional focus,” he told BusinessWest. “We’re always looking to find ways to better serve our clients and to provide the best possible legal services that we as a legal firm can provide. So we’re always on the lookout to have talented attorneys with complementary practices and similar philosophies to join our firm.” 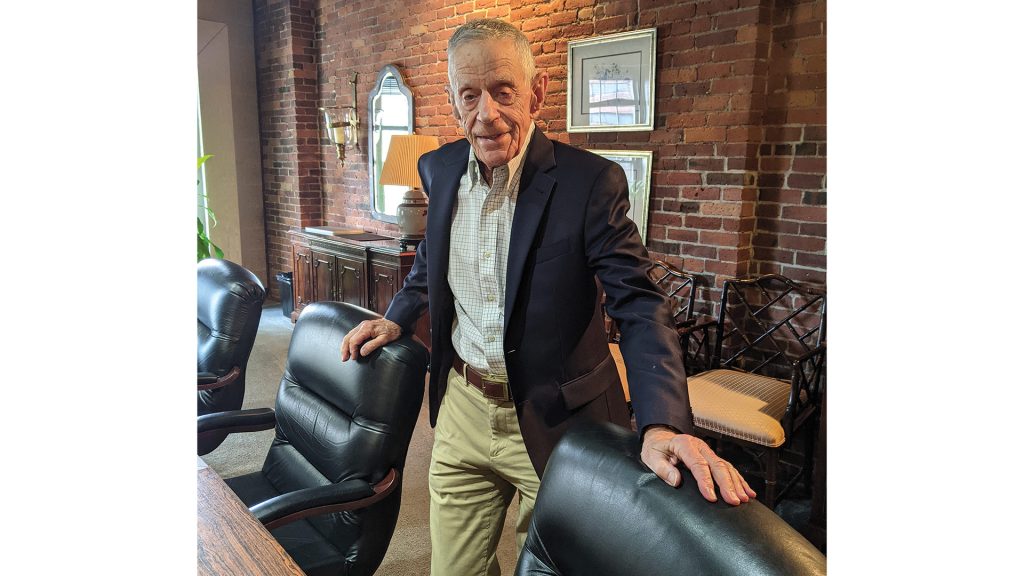 After informal discussions turned more specific over several months, he went on, “there were some meetings among people with the firms, and it was determined it would really be a great fit and a way for us to collectively be bigger than we both were separately and, most importantly, to provide additional resources to our client base and Cooley Shrair’s client base to better serve our clients.”

For this issue’s focus on law, BusinessWest sat down with O’Connell and the two Shrairs to talk about why this relationship makes sense, and why both firms feel they — and their business clients — are better off because of it.

Business clients, after all, are at the heart of both firms’ work. Besides a shared focus on transactional law, which incorporates activities like contracts, finance, construction and real estate, risk management, restructuring and bankruptcies, board governance, intellectual property, and a host of others, Halloran Sage also boasts broad expertise in business litigation.

“That’s a service that we had not been offering for a number of years,” Peter Shrair said. “Even when we offered it, it clearly wasn’t with that depth of people. We had one or two, maybe at one point three people doing litigation, but they might have 30. And depending on the size and complexity of the matter, they have the skill, knowledge base, and depth of people to handle it.”

The firms are similar in other ways — for instance, both have a large banking practice, representing different banks, “so there’s a synergy right there,” David added.

“We collaborate very well across practices,” O’Connell said, “and that is one way where the firms can mutually help each other, with the Cooley Shrair folks bringing a wealth of transactional and business banking knowledge that really strengthens our practice areas. But we also have a very robust litigation practice.

“I would say Halloran is a full-service firm, and our litigation portion of the firm is very large and robust — we’re one of the biggest firms that focuses on litigation in Connecticut,” he went on. “And one of the reasons we have such a long history in Connecticut is our ability to provide clients with essentially one-stop shopping.”

Joining a Connecticut-based firm — Halloran Sage has five offices in the Nutmeg State — also makes sense in that three of Cooley Shrair’s attorneys were already admitted to the Connecticut bar, and the firm has worked with many clients from across the border.

This isn’t the first time Halloran Sage has taken on an established group of attorneys all at once, but most of its growth over the years has been organic, O’Connell said. For instance, it launched a New Haven office with two attorneys in 2012, and has since grown that site to 12 attorneys.

“It was a big success story to build and maintain a presence in that part of the state,” he noted. “We have an office Washington, D.C., but [Springfield] is our first office outside Connecticut with a large presence. This really broadens our reach to become not just a Connecticut firm, but a Southern New England firm.”

Client relationships won’t be disrupted, Peter Shrair said, but may shift over time. 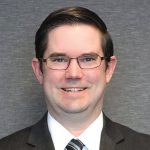 “We collaborate very well across practices, and that is one way where the firms can mutually help each other, with the Cooley Shrair folks bringing a wealth of transactional and business banking knowledge that really strengthens our practice areas.”

“If it’s a more natural fit for someone from Hartford to handle something, they’ll handle it,” he explained, noting, as an example, a litigation case that came in just that morning and was referred to attorneys in Hartford. “We’re looking for whatever is best for the client — if a client can be handled better out of New Haven, we want to handle that out of New Haven. If it can be handled better in Springfield, presumably we’ll handle it in Springfield. “Really, it deals with whose practice area it fits best in.”

Business as Usual, Sort Of

For two firms that deal heavily with business clients — at a time when the business world has been rocked by COVID-19 — the past 18 months have gone surprisingly well, Peter noted.

“At least as far as my practice goes, there was very little change,” he said. “In fact, with the advent of Zoom and Microsoft Teams and everything else, it was probably easier because you could get different people online together quickly and have a discussion.”

David Shrair was stranded in Florida in March 2020 when the economy first began to shut down — so his firm shipped him a computer and double-screen monitor.

“I closed one of my largest transactions in years from Florida; I did Planning Board meetings from Florida, just like I was sitting in Springfield or wherever; it mattered not,” he recalled. “It’s interesting — with the shutdown and all the issues that went with it, most of our business clients continued very much along the same vein. They had their own internal problems, but the sales and acquisitions and all that still continued to go on. We have been extremely busy.”

After an initial slowing of work in the pipeline last spring, Halloran Sage’s team adjusted quickly to the pandemic as well, O’Connell said, and business has been strong from the second half of 2020 to the present. The transactional work has been more robust than litigation because court activity slowed to a crawl last year, but overall, business has been brisk, and the firm is on a growth trajectory.

“We’re always looking for new opportunities and ways to serve our clients. That includes having new attorneys come in with different specialties or outlooks or just to grow our bench and have more resources to grow our client base,” he went on. “We’re always looking to figure out how we can modify our firm or business to better serve our clients. That’s what the current combination of Cooley Shrair and Halloran Sage is all about, and certainly where Halloran wants to continue to go, to make sure we’re staying ahead of the curve and in the best position to serve our clients.”

The broader geographic reach will also benefit the combined firm in attracting talent, as attorneys will be able to access opportunities across Connecticut as well as into Massachusetts, and move around as their life circumstances change, Peter Shrair said. And David noted that being part of a much larger organization broadens the partnership track, which can also be a draw for young attorneys to settle in this region.

But in the end, O’Connell said, what the discussions really came down to was a perceived alignment in the firms’ client-first philosophies.

“We went through some internal discussions, not really to create a new philosophy, but to figure out a way to better articulate our firm’s philosophy, and we have determined that our firm’s philosophy is ‘client, firm, self,’ in that order,” he said. “In talking to the Cooley Shrair folks, we found there was a great alignment with how they deliver service, and our philosophies really align, so seemed like a natural fit when we pursued it.”

Peter Shrair agreed. “For 75-plus years, that has always been our mantra — our response time and our response to clients’ needs.”