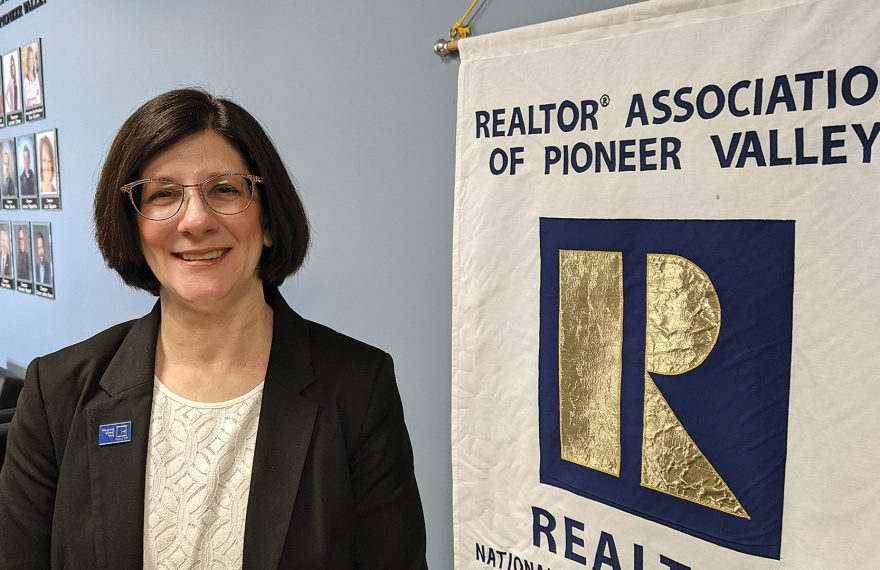 Cheryl Malandrinos says the pandemic changed how people look at how they work and where they live, sparking greater demand for homes in Western Mass.

“A $180,000 house going for $275,000 … it can’t continue this way, or else the average homeowner won’t be able to afford a mortgage, and then the market will have to stabilize.” That’s a quote from a Realtor who spoke with BusinessWest last January about the low supply and high prices of homes in Western Mass. A year later, the situation has, simply put, not stabilized, with the region remaining an in-demand destination for remote workers and new housing stock still lagging. For potential buyers, it’s a situation that demands patience — and, again, hope for a correction down the road.

In her 25 years as a Realtor, Nancy Hamel has never seen anything like it.

Mostly, though, it’s supply — and that’s an issue in residential real estate that has pushed home prices into the stratosphere.

“Supply has just been very strange,” said Amy Hamel, Nancy’s daughter and partner on her team at Jones — and someone who, unlike Nancy, focuses primarily on the buyers’ side. It can be hugely frustrating.

“Lack of inventory has played a role in people panicking to find suitable housing,” Amy continued. “More people are able to work remotely now because a lot of companies decided to do that long-term because it’s worked so well. They’re saying, ‘why have communal space when we’re doing the same amount of revenue, or more, having employees work from home?’”

As a result, buyers have flocked to Western Mass. — and other attractive regions of the U.S. when it comes to quality of life — and the existing housing stock is not sufficient to meet demand.

“We see a lot of people moving here from all over — from New York, or from out west, Arizona, New Mexico. People are picking a place on a map, and Amherst is definitely a top place for people to come to,” she explained. “So prices are going up more than I could have ever imagined. Money is coming in from all over the place.”

“When it comes from high-home-value regions like California, where a half-million doesn’t seem as expensive for a home, that drives up prices for locals, for whom that is an intimidating chunk of change,” Amy said. “What they’re paying beyond the asking price is unlike anything I’ve seen in my 15 years.

“A lot of people are saying it’s been the best year for Realtors,” she went on. “Not really, unless you’re a top listing agent. Working on the buying-agent side has been very frustrating. I’ve had a lot of buyers put in many, many different offers before they found something, and still I have a lot of buyers laboring because they’re being outbid. And it’s not like they haven’t put in strong offers.”

Nancy noted that her daughter lost out on $14 million in offers last year. “She just got outbid — by people with cash, people offering $50,000 over asking price and still not getting it.”

“A lot of people are saying it’s been the best year for Realtors. Not really, unless you’re a top listing agent. Working on the buying-agent side has been very frustrating.”

She took one buyer from California on a virtual tour over FaceTime, who made an offer immediately, and well over asking price.

That’s great for sellers and listing agents, she admits, “but I’m having concerns. What are working people going to do? If you haven’t made money in real estate, it’s very hard to buy in now.”

Locally, in her Amherst-area market, “it could affect people who apply to UMass because professors don’t want to live far away and teach; they want to live in a 20-mile radius,” she noted. “But South Hadley’s expensive, Belchertown’s exploding, Hadley … forget it, and Northampton’s out of sight.”

The pricing has forced some creativity, to say the least, Nancy said. “People are waiving inspections; that’s scary to me. And I’m seeing an awful lot of parents step up to the plate and help. They say, ‘I’d rather help my kids when my eyes are open, rather than having them get it when I’m gone, and I don’t get to see the joy.’ 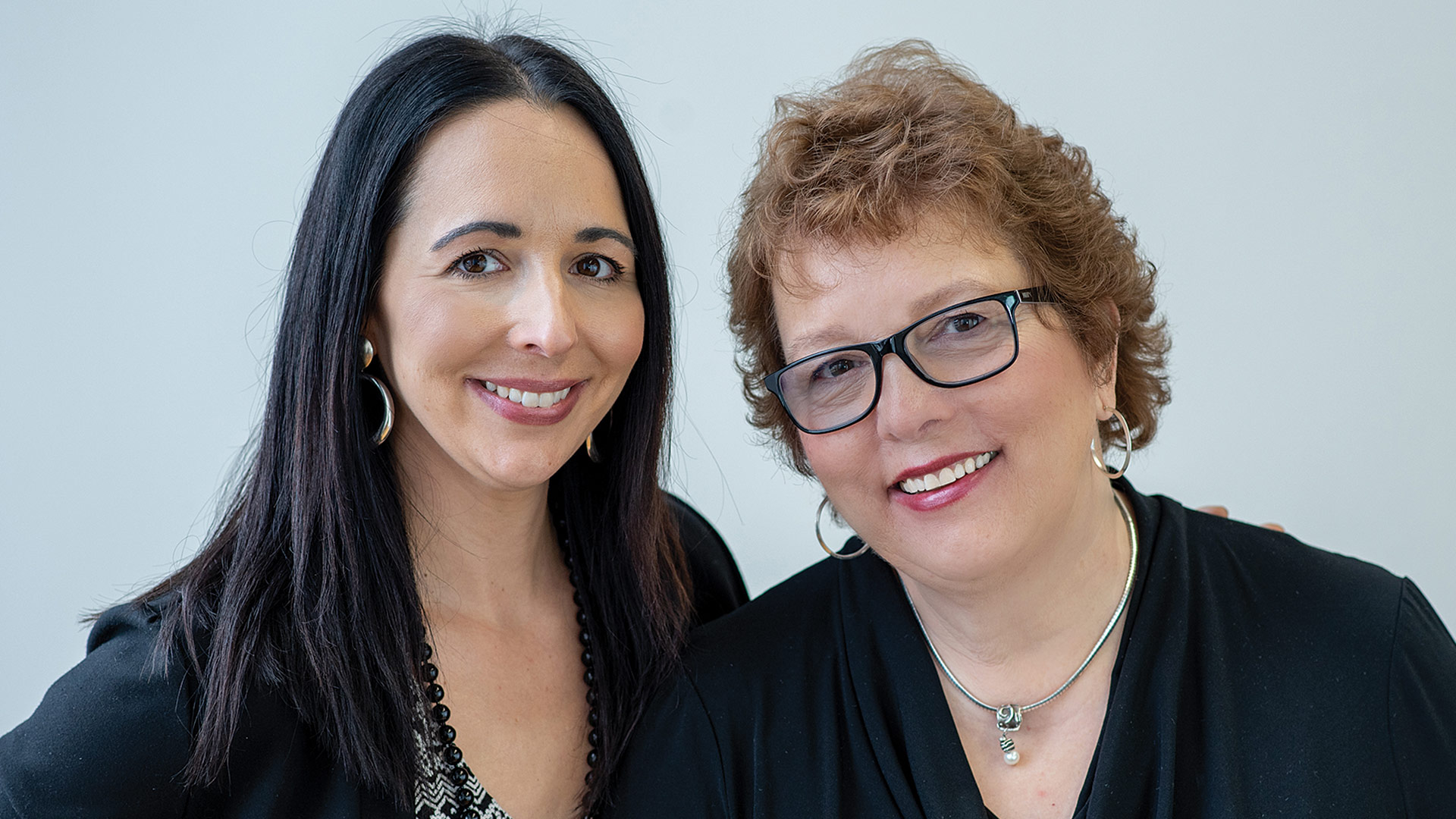 Amy (left) and Nancy Hamel say they’ve never seen home prices where they are now, sometimes selling close to $100,000 over the asking price.

“I’m grateful — we’re lucky to be a listing agency,” she went on. “But a lot of my colleagues are disappointed they’re in this feeding frenzy. If they’re new and working with buyers, it’s a lot of work to place an offer — a lot of paperwork, disclosures, everyone has to sign, get pre-approval … to do all that work just to be disappointed. The feeding frenzy is just cuckoo.”

Cheryl Malandrinos, president of the Realtor Assoc. of Pioneer Valley (RAPV), said the pandemic caused people to look differently at how they work and, in turn, where they live.

“They decided they didn’t really need to live as close to their offices if they were going to be able to stay remote for the time being. So we’ve definitely seen a shift here,” she told BusinessWest. “We did see buyers from the outside area, from other states, come into the Valley as well. So we continue to struggle with low inventory and rising prices throughout. The reality is, we haven’t been able to produce housing for quite some time. That has not helped us any.”

At the end of 2021, inventory in the region was 30% down when compared to December 2020, and prices rose about 15.4%, on average, over that same time period — which is remarkable, considering that articles like this one — discussing the same issues of a supply crunch and high selling prices — were being written a year ago, too.

One issue is that Millennials are increasingly entering the market, and they’re looking for affordable homes. “The reality is 41% of total buyers are first-time homebuyers, so entry-level homes are high demand,” Malandrinos said, and those homes aren’t being built at the rate buyers demand — especially during a lumber shortage. “It’s hard to build that first-time-homebuyer, entry-level home and make it affordable.”

“A lot of my colleagues are disappointed they’re in this feeding frenzy.”

For that reason and others, she said, Realtors and economists expect demand to continue to soar in 2022, especially with the prospect of the Fed raising interest rates. “Buyers will keep us busy in the winter season, looking for homes and hoping to secure them while the rates are still historically low, which gives them more purchasing power.”

Last year, the median price of an existing single-family home nationally jumped to an all-time high of $357,900, up 23% from 2020, according to the National Assoc. of Realtors (NAR).

Yun noted that inflation and the pace of price appreciation is expected to subside next year. At NAR’s recent Real Estate Forecast Summit, economists and housing experts agreed that inflation would likely ease in 2022 at a 4% rate, while home prices are expected to rise at a moderate pace of 5.7%.

So what does that mean for buyers? “You have to be prepared because you’re going to face a fair amount of competition in the marketplace,” Malandrinos said. “Gone are the days when you could find something and, a few days later, think about talking to a lender.

“You need to be prepared right away — engaging a Realtor as soon as possible, getting pre-approved, so you’re all set once you find what you want, because you’re not going to have time to second-guess it,” she continued. “You have to move forward with a strong offer. We’re still most likely going to see things selling over asking price, with multiple offers on properties that are well-priced.”

At the end of 2021, listings lingered on the market 22 days on average, but that number is skewed by a few outliers. “In reality, many properties are leaving the market before that.”

What she doesn’t recommend is acting out of panic — for instance, by waiving inspections. “I’m not one, in good conscience, to recommend that. Maybe you’re saying, ‘I want to hold off my inspection and reserve the right to withdraw, but don’t expect you to do any repairs.’ That’s also a way to get around that.”

Nancy Hamil has seen downtown Amherst values rise to 20% higher than similar properties in other neighborhoods, and one factor might be that migration into Western Mass. from people in urban centers who still want to live near amenities. 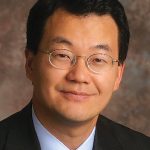 “Supply-chain disruptions for building new homes and labor shortages have hindered bringing more inventory to the market. Therefore, housing prices continue to march higher due to the near record-low supply levels.”

“People covet living in downtown Amherst; they love to be able to walk places. Northampton is the same,” she said, noting that apartment rents are also on the rise, again impacted by supply and demand, and people priced out of the home-buying market needing a place to live.

“I do think affordable housing needs to stabilize to some extent because prices have gone a little beyond where I thought they would be in our area,” Amy Hamel added. “I do wonder what this year is going to be like. There are many factors that play into the market, and especially with COVID still running rampant, it’s going to be interesting to see how this year plays out.”

The pandemic did change the way homes are shown, Malandrinos said, with 2020 givijg rise to virtual tours using 360-degree videography.”

“That stayed with us and likely will continue, as it makes everyone feel safer,” she said, while noting that in-person tours are still common, though some sellers are leaning more toward open houses instead of many individual showings.

“Some people are still concerned about safety, so you have to work with your Realtor and make a plan that makes sense for you,” she noted. “Often, properties come on the market, and Realtors defer showings and have many people come in at once instead of private showings.”

It’s not unusual, she added, for those tours to have a set layout, with interested buyers entering by one door, following a path, and leaving by a different door. “As we go back to in-person showings, we’re trying to keep it as normal as possible, but as safe as possible, too.”

She pointed to the state’s Housing Choice Initiative, created a few years ago to incentivize communities to build more housing stock, as one way to increase supply.

“I really hope for a market correction so more people can afford to come into the market,” Nancy Hamel said. “I remember, when I was young, we didn’t require these huge down payments, and a house cost $50,000. Home ownership shouldn’t be only for the wealthy.”

Malandrinos agreed. “Buyers are tired,” she said. “It’s not unusual to hear, ‘my buyer lost out on their third property.’ Everyone benefits when there’s more equity in the market. I hope we get there, but we’re not there yet.”

There’s only so much comfort those words bring to people who feel they’re priced out of the kind of home they want in Western Mass.

“It’s easy for people to get frustrated, but stick with it. There is a property for you,” she added. “You need to be confident and come in with a strong offer you’re comfortable with — and hang tight.”