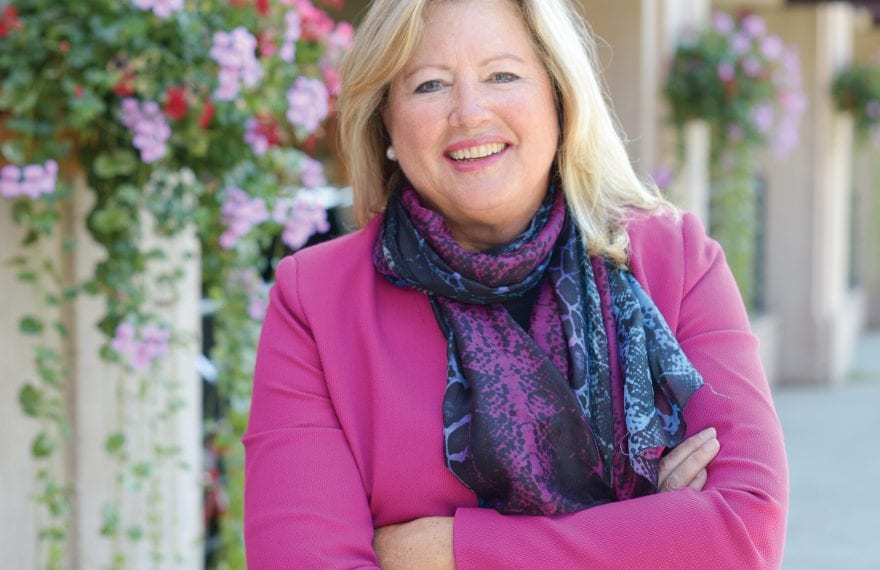 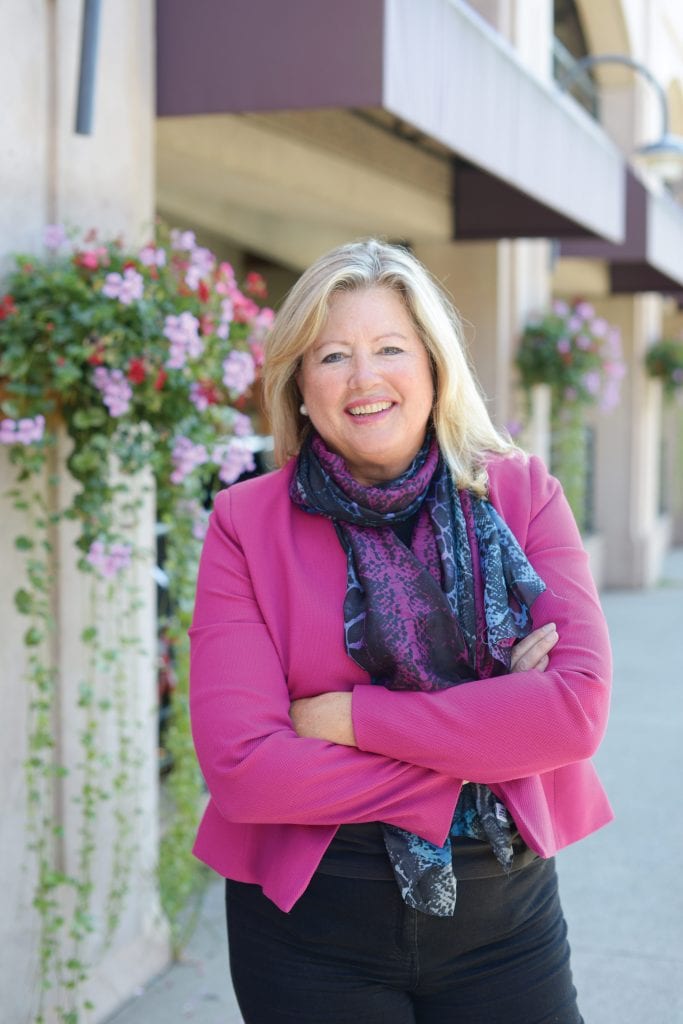 Katherine Putnam was a history major in college, and she certainly knows her stuff.

While she really likes European history, she knows all about this country — and this region — as well. She knows, for example, about the very rich tradition of entrepreneurship in Western Mass., and what it meant for the development of individual cities and towns.

“From the 1880s to the turn of the century, Holyoke had more millionaires per capita than any city in the country,” she said, referring to the dozens of mill owners living in the Paper City. “There are two McKim, Mead & White buildings in Holyoke; there was so much money, they were paying for world-renowned architects to come in and design their buildings. And it was the same in Springfield.

“When you read your history books, for 100 to 140 years, this region was a hotbed for entrepreneurial activity,” she went on. “But that hasn’t been true for 50 years.”

Putnam knows that a return to those glory days is certainly not likely, given how global the economy has become and the development of innovation and entrepreneurship hubs such as Silicon Valley, Cambridge, and the Research Triangle. But she firmly believes that the region can once again be a thriving center of new business ventures, and she’s playing an active part in such efforts as managing director of Golden Seeds — a national investment firm that focuses on early-stage businesses that have women in management and leadership roles — and in a host of other roles within this region’s entrepreneurship ecosystem.

As an investor and a mentor — the two primary roles she plays — she has a number of goals and missions. They include sparking levels of entrepreneurial activity reminiscent of those from generations ago, and also leveling what is currently a very uneven field when it comes to which demographic groups receive venture capital and mentoring, and which ones don’t.

Putnam brings an intriguing background, a wide variety of experience, and a host of skills sets to this mission and her various roles within the region’s growing entrepreneurship infrastructure.

Indeed, she started her career in the banking industry before shifting to corporate treasury work and then deciding she wanted to run her own company. In 1996, she put together a group of angel investors and purchased Package Machinery. Before selling it 20 years later, the company had become a technology leader in wrapping machinery for consumer-product manufacturers.

Today, while investing in some developing ventures, she spends most of her waking hours advising and mentoring entrepreneurs, especially women.

Meanwhile, she’s working diligently to create strategies for helping women and minorities crash through the many barriers facing them as entrepreneurs.

“Statistics tell us that 70% of angel money and about 95% of VC [venture capital] money go to teams that are all white males,” she told BusinessWest. “I love white males — I had one as a father, I have one as a son, and I have one as a husband — but that’s not equitable. What are the barriers that are keeping women and minorities — diverse teams — from getting more money?”

There’s no quick or easy answer to that question, she went on, adding that she and some colleagues are hard at work trying to not only find some answers, but develop strategies for somehow changing this equation.

Ali Usman, founder and president of PixelEdge and a fellow investor and mentor of entrepreneurs, summed up Putnam’s work in this region while nominating her for the Woman of Impact award.

“Kate should win this award for her consistent commitment to the entrepreneurial ecosystem,” he wrote. “Kate is not just involved with one project or company at a time. She is constantly using her knowledge and expertise to help others day after day, week after week. Currently, she serves on three different boards, is a managing director of an angel-investment group, and, in her spare time, manages to mentor entrepreneurs through several different programs.”

Actually, mentoring is much more than a ‘spare-time’ pursuit. For Putnam, it’s her passion, and that’s one of many reasons why she’s a Woman of Impact.

When asked to summarize the best advice she gives to entrepreneurs at all levels, Putnam didn’t hesitate and recited the lines as if she’s uttered them hundreds of time, which she is undoubtedly has.

“Have lots of conversations with your customers and your prospective customers,” she said. “Most people come into this thinking, ‘I have this really cool idea — the world must want this.’ And then they get out there and they realize that the world does not feel enough pain to switch from however they’re solving that problem now. 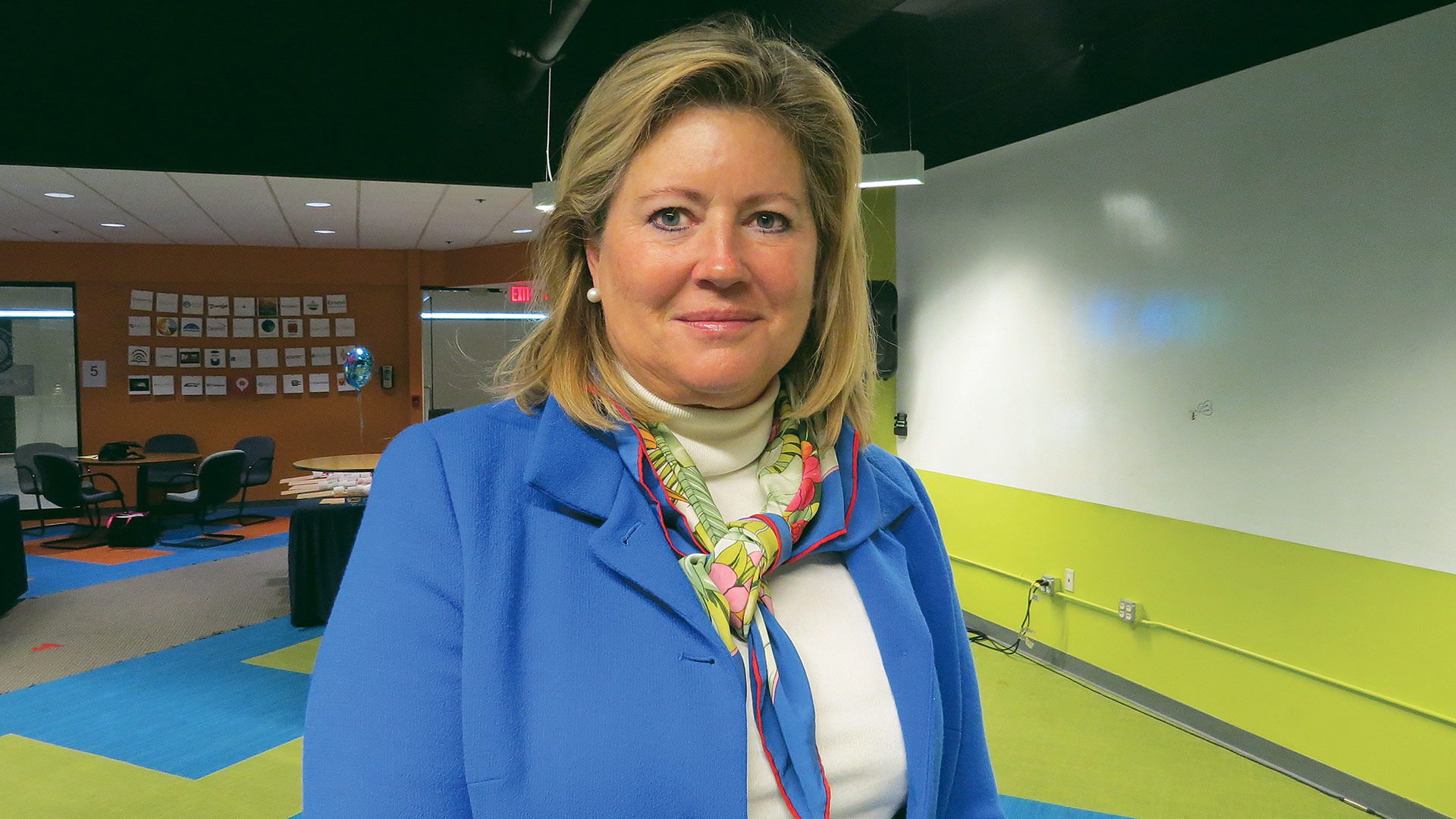 Kate Putnam says it’s her mission to level the playing field when it comes it diverse groups and their efforts to gain capital and mentors.

“If you get out and make a lot of your widgets without figuring that out, you’ve wasted a lot of time and money,” she went on. “Whether it’s something really cool that you’ve developed in some esoteric lab at UMass at the Institute for Applied Life Sciences or you did it in your garage, you have to figure out who is feeling enough pain to change however they’re doing it now and adopt whatever it is that you’ve developed.

In short, she explained, people are more motivated by pain then they are by gain. “People will go a lot further to avoid losing $10 than they will to gain $10, and so I tend to ask people to think in terms of whether they’re solving someone’s pain and if people will be uncomfortable enough in their pain to switch.”

Steve Jobs was famous for not asking customers what they wanted and for actually saying that “customers don’t know what they want if they haven’t seen it before,” she noted, but he is certainly the exception to the rule with development of such products as the iPhone, and young entrepreneurs would be wise not to emulate that approach.

Passing on such advice has become a career of sorts for Putnam — or the latest career, to be more precise. Indeed, as noted earlier, she’s had several, which in sum have given her exposure to business and entrepreneurship from all angles.

That includes the finance, or funding, side, and also the entrepreneurial, risk-taking side with Package Machinery, which was struggling when she took it over, and she guided it back to prominence within that specific manufacturing niche, increasing machine sales by more than 300%.

In this, her latest career, she spends a good deal of time on the road — she’s put 40,000 miles on her car over the past 15 months by her reckoning — working in a variety of settings and with companies of all shapes and sizes.

“It uses the Lean LaunchPad model for getting people to identify a problem to solve,” she explained, adding that she’s mentoring teams behind ventures in Connecticut and Vermont. “You’re a scientist, and you’ve invented something cool; now you have to figure out if anybody wants it.”

She’s also involved with MIT and its Venture Mentoring Service, and also Valley Venture Mentors in Springfield, which she has served in a number of capacities, including entrepreneur in residence for its most recent accelerator class, as well as Greentown Labs. She’s a founding member of Women Innovators & Trailblazers, which strives to make Western Mass. a more vibrant hub for women innovators and entrepreneurs, and also serves as an instructor with RiseUp Springfield, a seven-month, intensive, hands-on program for established small business owners created through a collaboration between the city of Springfield, the Assoc. of Black Business and Professionals, and the Springfield Regional Chamber.

All this keeps her quite busy and her car’s odometer spinning, but it’s work she’s passionate about.

That’s especially true when it comes to mentoring women, leveling the playing field when it comes to capital and opportunities for women and minorities, and launching — and keeping — more businesses in the 413.

And the playing field is certainly not level, she told BusinessWest, citing those statistics concerning venture capital awarded to teams comprised of white men given to white men and noting that, by and large, the investing community has historically treated women differently than men, holding them to what amounts to higher standards.

When asked to elaborate and offer a tutorial, she talked about questions asked by potential investors and some of the categories they fall into, including ‘promotion’ and ‘prevention.’

“Most people come into this thinking, ‘I have this really cool idea — the world must want this. And then, they get out there and they realize that the world does not feel enough pain to switch from however they were solving that problem now.”

Prevention questions are associated with raising less money, she went on, adding that the more of these questions an individual or team gets, the less money they are likely to raise.

“We know that women get more prevention questions than promotion questions,” she went on, adding that she can’t get inside the heads of investors and come up with an answer to why this is the case, but she had some guesses.

“The sense of it is that the general theory is that women are less competent than men,” she said. “It’s also true that most of the people who are doing the investing are white men, and that they prefer to invest in and mentor people who look like them.”

Diversity refers to geography as well, she said, adding that there is less money flowing to people in more remote areas because, well, there is simply less money there, from the seed (friends and family) level on up to the VC rounds.

As she mentioned, changing this equation has become a mission, and she’s carrying it out in a number of ways, from creation of Golden Seeds to involvement with groups like VVM and SPARK EforAll Holyoke, to mentoring in places like Springfield, Holyoke, and other communities in this region.

These are cities, which, as she noted at the top, have a rich history of innovation, entrepreneurship, and risk-taking that is, unfortunately, referred to mostly in the past tense.

“That kind of attitude toward building it, and taking the risk, and making that investment has been gone from this region for quite a while,” she noted. “And it’s tough to recreate it; it’s a real challenge.”

She acknowledged that the needle is moving in the right direction when it comes to entrepreneurial energy and startups taking flight, but not enough movement to suit her.

“I’m impatient — I want to see more activity, sooner, faster, all those things,” she said, adding that the two main ingredients needed are capital and mentoring. There is some of each, but there needs to be more if companies are going to get off the ground and then remain in the 413 rather than packing up and going to where the capital is, be it Cambridge, Boston, San Francisco, or somewhere else.

Reflecting on what has happened in recent years when it comes entrepreneurial activity in this region and efforts to level an uneven laying field when it comes to opportunities and capital for women and minorities, Putnam said there has indeed been change.

Just not enough of it.

As she said, it is her mission to create more of it. That’s the latest focal point of a career that has included success in business and a host of initiatives to help others enjoy some of that same success.

And it’s just another way in which she’s certainly a Woman of Impact.