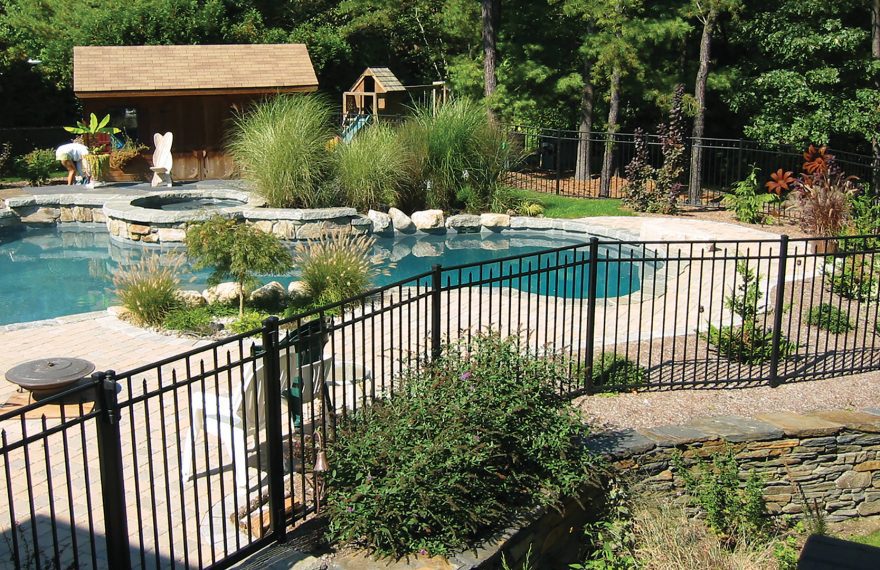 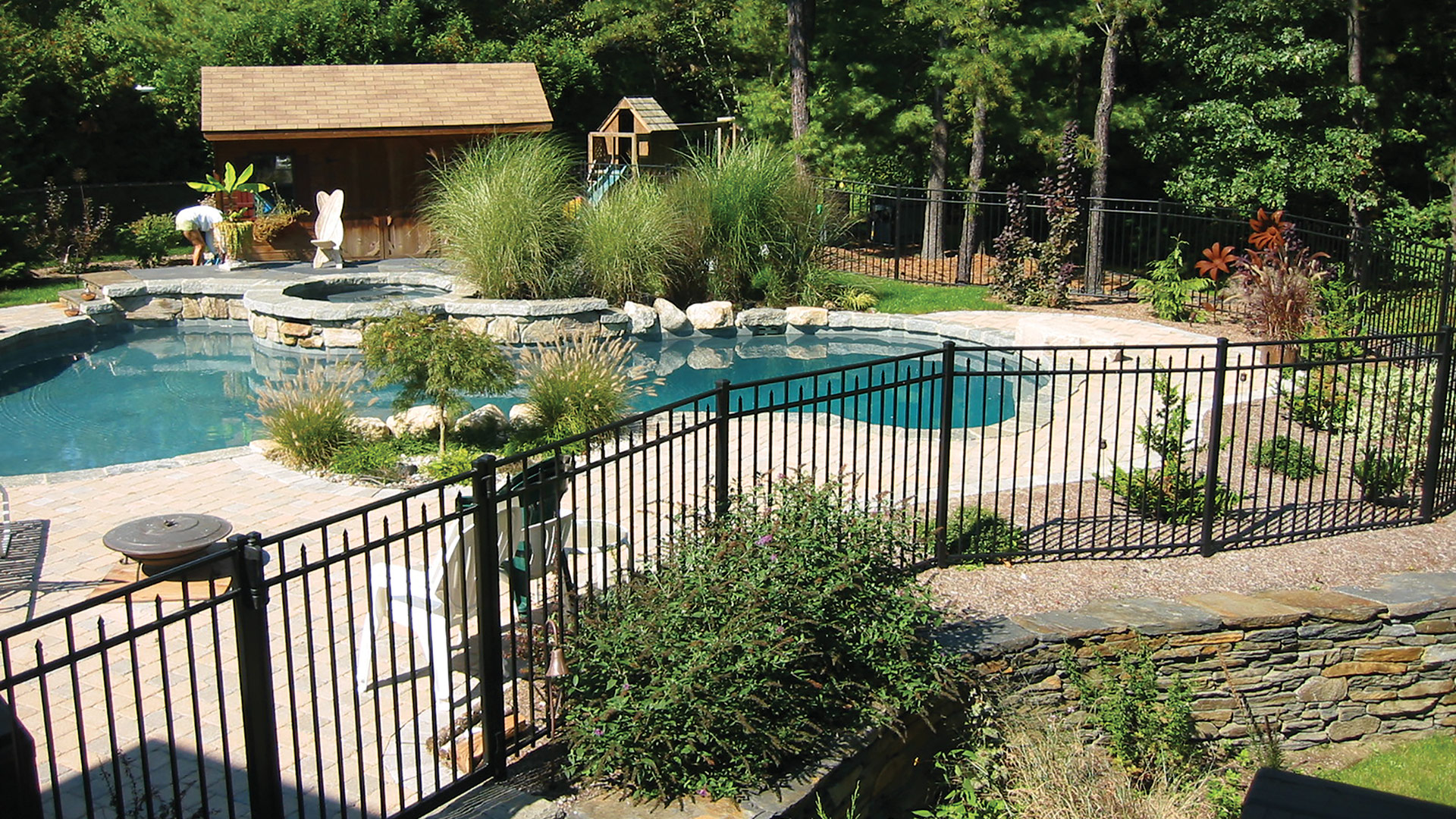 On a Thursday in February while snow fell on the region, Bob Schwein was answering a steady stream of phone calls at Drewnowski Pools.

Sure, some calls were from people who use their spas year-round, but many more inquiries were to schedule swimming-pool openings.

“Swimming-pool owners know that if they want to schedule a pool opening for Memorial Day, when thousands of other people want to open their pools, they need to schedule now,” said Schwein, sales manager for Drewnowski.

Early spring is typically when he receives calls to replace vinyl pool liners and to repair or renovate pools made from gunite, a concrete product used for many inground pools. “Repairs to gunite pools can take weeks, and people don’t want to interrupt the middle of their swimming season, so we usually schedule these early in the year.”

With his business growing over the last five years, Schwein said backyard pools are not what they used to be, particularly inground pools (see photo above).

“It used to be a rectangle with a three-foot concrete walk around the pool and a fence surrounding it by itself in the yard,” he noted. “Now, the pool is part of an entire backyard experience.”

That trend — toward creating an experience right outside the back door — is one that many different types of outdoor-improvement contractors can attest to, particularly during the era of COVID-19. BusinessWest spoke with several who said people are spending more money on their homes simply because they are spending more time at home.

The oft-heard story is that people were encouraged to only go out when necessary, and those who were fortunate enough to work from home during this time have been able to save some money, while also becoming more acutely aware of repairs and renovations they may have been putting off. As a result, many contractors reported their most successful year of business in 2020.

As many of the pandemic restrictions continue, people are not sure how long they will continue to work and attend school from home. It reminds Brian Rudd, owner of Vista Home Improvement, of the uncertainty that emerged during a different historic time.

“After 9/11, we saw people start to nest, and they began to see their home as their kingdom,” he said. “Since the pandemic, the desire to nest at home has happened to an even larger degree.”

“Right now, people are addressing the aesthetics of their houses because they are home more and able to address these things now.”

And they’ve been increasingly looking outside the home, not just inside. After a record year in 2020, Rudd reported that even more customers want new siding and new windows. “Right now, people are addressing the aesthetics of their houses because they are home more and able to address these things now.”

It’s not unusual for customers to call Dave Graziano, landscape project manager for Graziano Gardens, to replace old, overgrown plantings with new ones. Last year was different because, along with replacing old plantings, customers wanted to make other improvements to their property.

“Whether it was adding a big patio or simply hanging flower baskets, people wanted to create more outdoor living space, no matter how large or small their yard might be,” he said.

Brian Campedelli, president of Pioneer Landscaping, said his business doubled in 2020 because people decided to invest in their homes rather than vacations. “The money they would have spent on vacation instead went into their backyards, where we helped them create an outdoor entertainment area.”

Both Graziano and Campedelli noted that firepits have become one of the most popular additions to the backyard.

“While we build a lot of circular firepits, people are getting creative and asking us for square or triangular pits to match the seating they have around it,” Campedelli said. 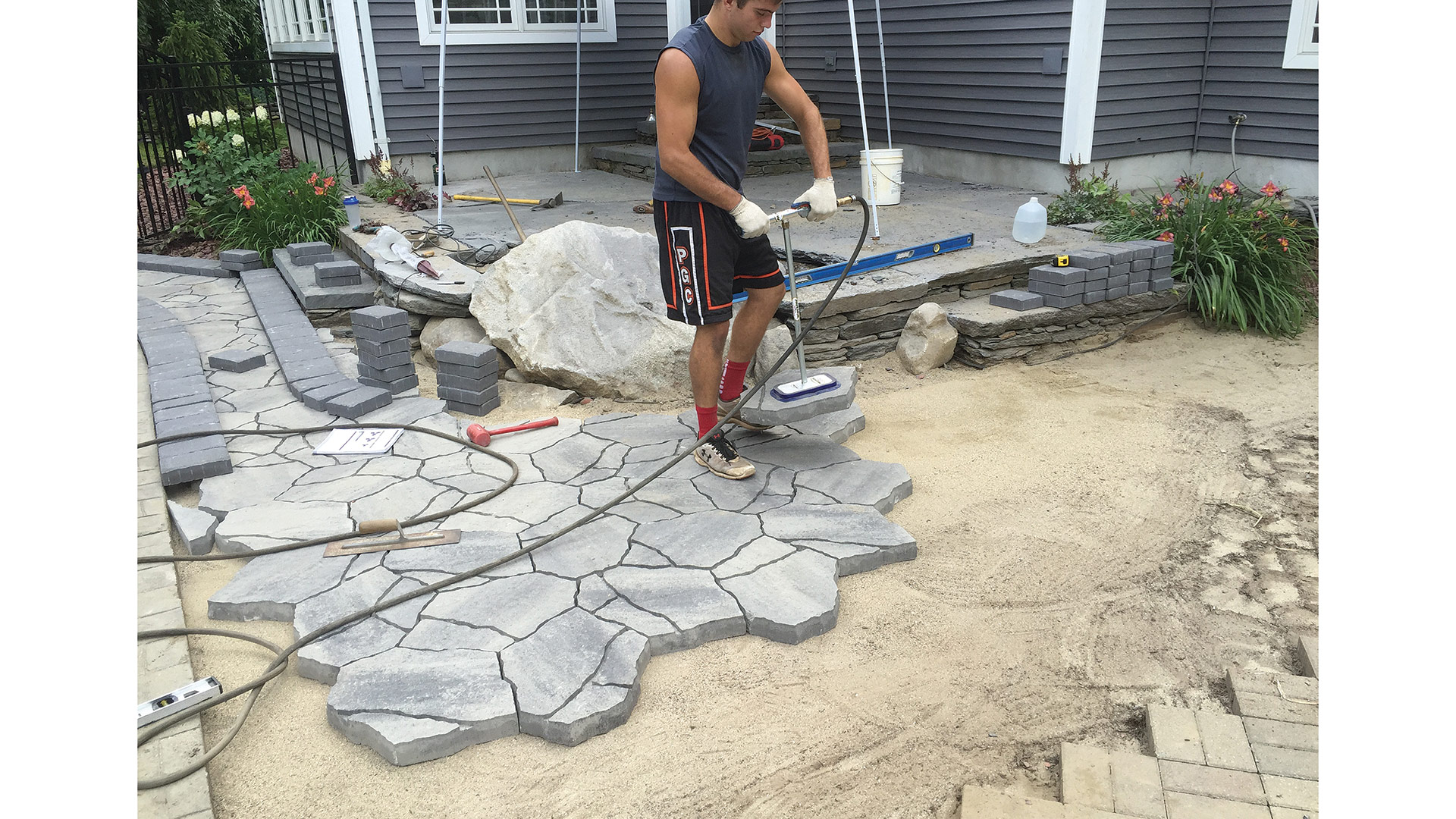 Once considered only for warmer climates, outdoor kitchens are also a growing part of his business, with many designs incorporating a pizza oven.

“In the past, people would not build outdoor kitchens because of the short season to use them, but I don’t hear that as much anymore,” he said. “I think people are just going for it.”

‘Going for it’ is an increasingly common mindset when it comes to buying an inground pool as well, Schwein noted.

While Drewnowski sells inground and above-ground pools, installation is handled by its parent company, Juliano Pools of Vernon, Conn. As busy as Juliano was last year, many who wanted pools couldn’t get them, due to higher demand than normal combined with shortages of materials and labor. Schwein said 2021 is off to a good start because those who couldn’t purchase last year can do so this year.

“We have a spillover of people from last year and new people who have decided to buy a pool this year, so I’m positive that combination will mean another banner year,” he told BusinessWest.

For years, many believed that houses with inground pools would be tough to sell. The red-hot real-estate market since last spring seems to have made that concern a moot point. Many first-time homebuyers are also first-time pool owners who are calling Schwein for advice on how to maintain their inground asset.

“From what I’ve seen, people are not afraid to buy a house with an existing pool. In fact, to many, it’s a selling point,” he said. While a typical home inspection does not cover the condition of a swimming pool, Drewnowski has pool inspectors available to help prospective buyers understand what they are getting.

With less inventory in the housing market, Rudd observed that many people choose to upgrade the house they have. By the same token, when people do purchase a home, they often come to see him, armed with plans.

“From what I’ve seen, people are not afraid to buy a house with an existing pool. In fact, to many, it’s a selling point.”

Sprucing up a house isn’t complete until landscaping provides the final touch. In addition to landscaping services, Graziano Gardens has a retail store for those who want to tackle backyard projects themselves. Graziano saw new faces in the garden center last year, resulting in what he termed a “mini-explosion.”

“We sold out of trowels, shovels, gloves, watering cans, things we’ve never sold out of before,” he said. Also hard to come by were grown items such as hanging baskets, vegetable plants, and even evergreen hedges. “It seems like people just wanted to fill in that spot.” 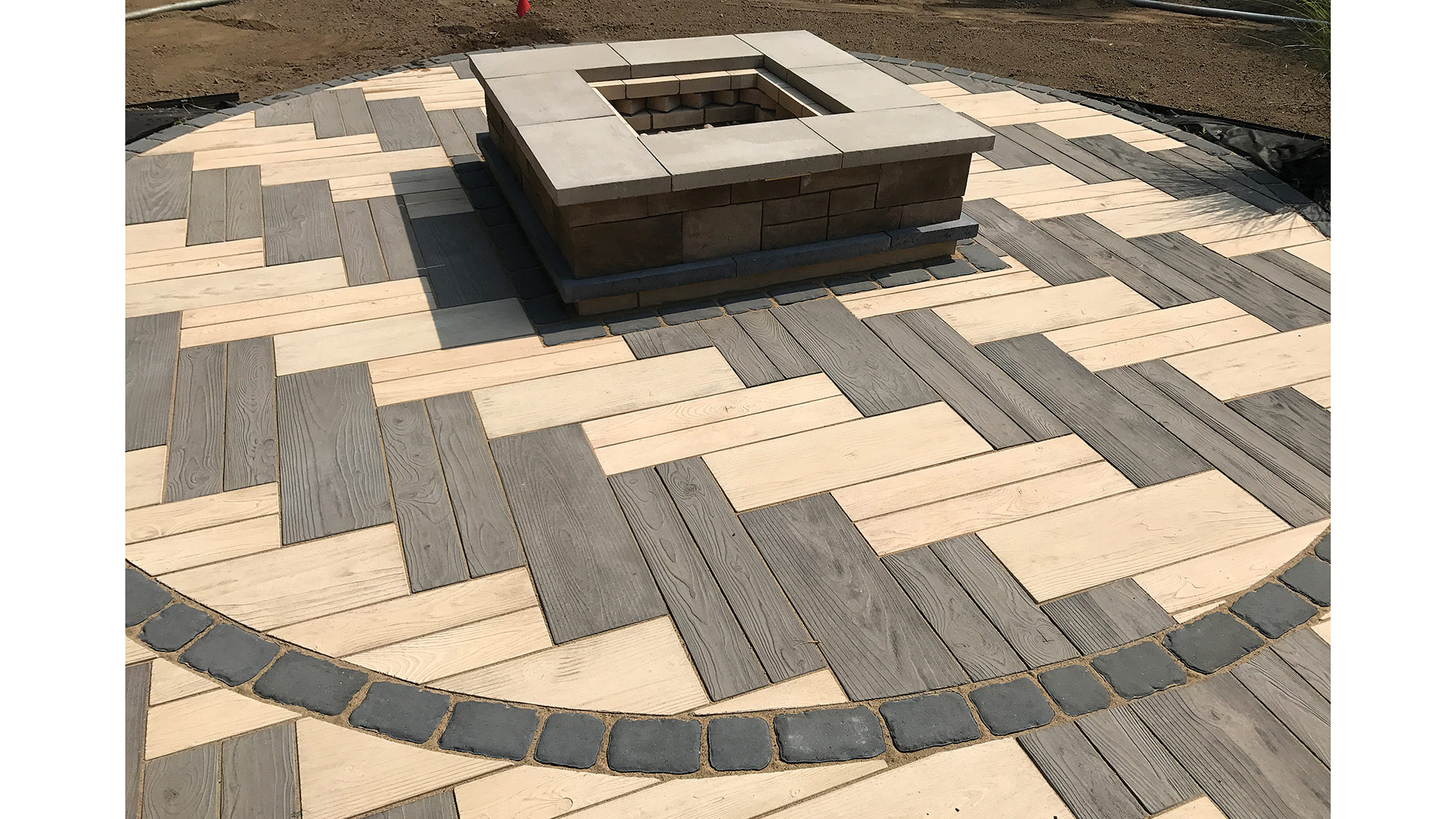 Dry, warm temperatures early last spring, combined with parents and kids cooped up in their homes, might have led to a shortage in pool heaters. Schwein said he took many calls from exasperated parents who bought a heater and opened their pool earlier than usual to get their kids outside and squeeze a few more months out of the swimming season. That logic was fine until manufacturers ran into COVID issues and Schwein could no longer get them.

“The demand was high, and the supply was low,” he said. “Heaters are something that would normally take six days to get, but last year we ran into three-month delays.”

The pandemic also forced several contractors to find new ways to do business. A summer ritual for many involves periodic trips to the local swimming-pool retailer with samples of pool water to make sure the chemical balance keeps the water clean and safe. When COVID first hit, Schwein said, customers were no longer allowed into his store. “We had to change our business model.”

Specifically, customers left water samples outside the door where employees would test the sample and call the customer with a list of what chemicals were needed. After completing the transaction over the phone, an employee would deliver the chemicals to the customer’s house. Schwein admits it put a strain on his staff and customers, but everyone adjusted well.

“Our customers were able to get what they needed, but the way we had to do everything was different.”

When the pandemic first hit, Rudd and his staff were forced to become familiar with 10 years of new technology in less than three months. Beyond Zoom meetings, Vista consultants used satellite technology to measure houses for roofs and siding when they could not visit a client in person. While skeptical in the beginning, he now calls the technology “amazing.” 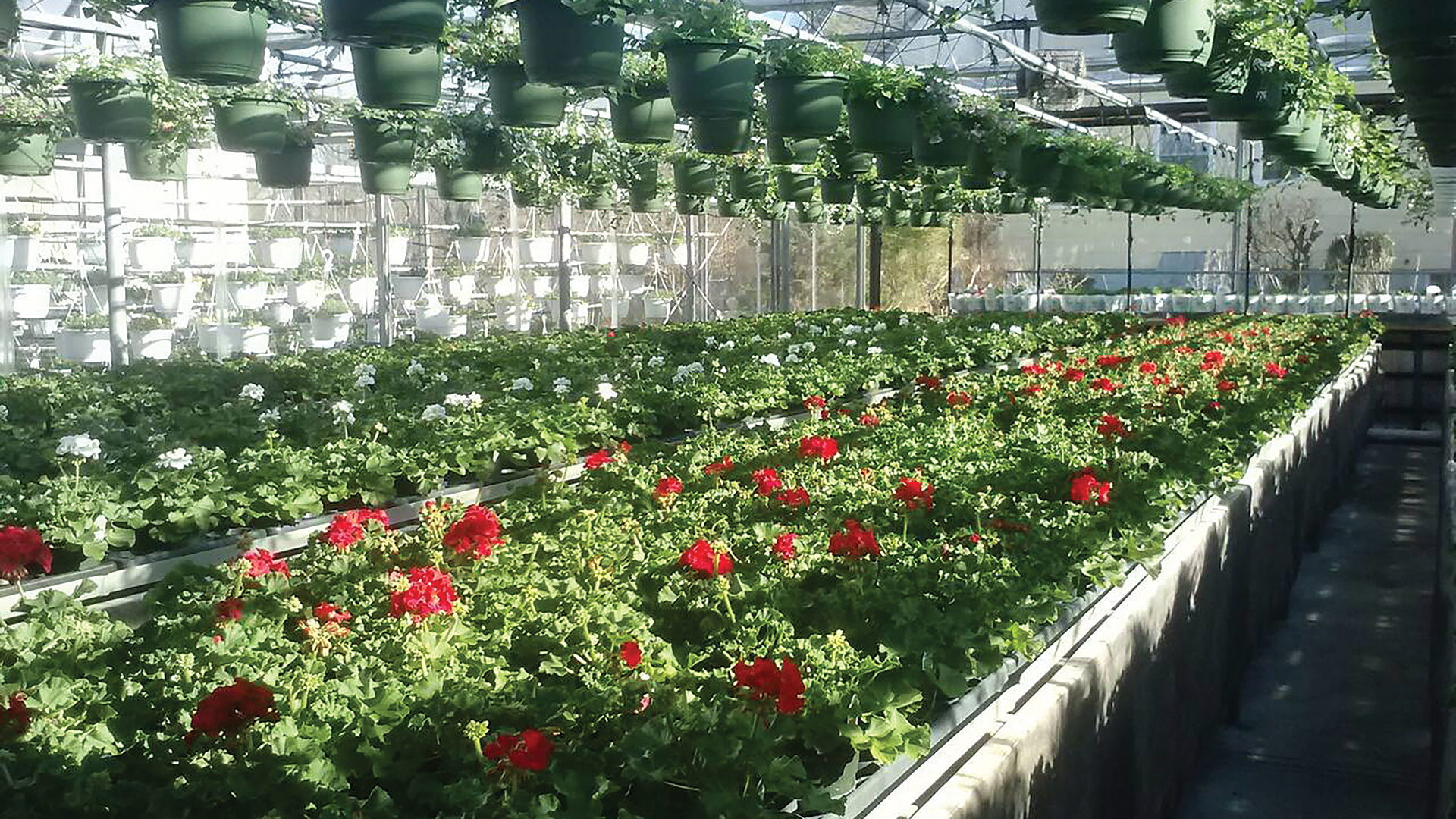 “I’m from the days of using a tape measure and a pencil, so at first I took comparison measurements to make sure the satellites were accurate,” he said. “It’s scary how accurate they are.”

Rudd enjoys using computer-design tools to give homeowners a good idea of how their space will look with improvements.

“We take a picture of the house, upload it into one of our applications, and change the house right in front of them,” he explained. “It leads to great interaction with the client and lets them have control of their purchase, with us there to guide them.”

Campedelli said it’s difficult for clients to envision a dramatic renovation of their backyard, so computer design goes a long way toward sealing the deal.

“Once they see the design, they want to move forward,” he noted, adding that, once the job is done, he enjoys how thrilled customers are with the result. “It changes their lives in a positive way.”

With spring around the corner, contractors are preparing for another busy year. Schwein pointed out that his phone is ringing now because customers have learned from the pandemic.

“Last year, people were patient and understood slowdowns due to COVID issues, so they are calling now because they don’t want to hear the COVID excuse this year,” he said.

After a busy 2020 as both a contractor and a retailer, Graziano’s main takeaway from last year was that people want to make their properties into their own oasis.

“Whether they do it themselves or they hire a landscape professional, I think that trend will continue through this year,” he said.

In the meantime, he’s got what he called a “good problem” — figuring out how many more shovels and watering cans to order for 2021.