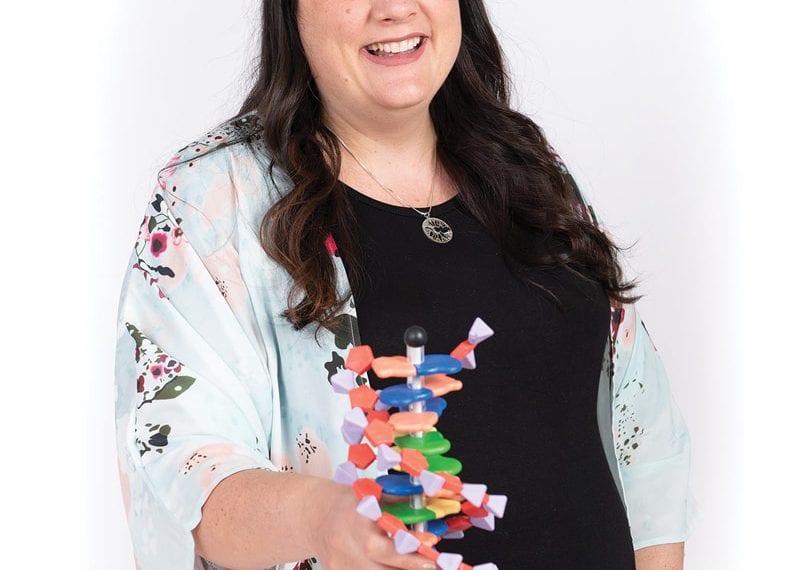 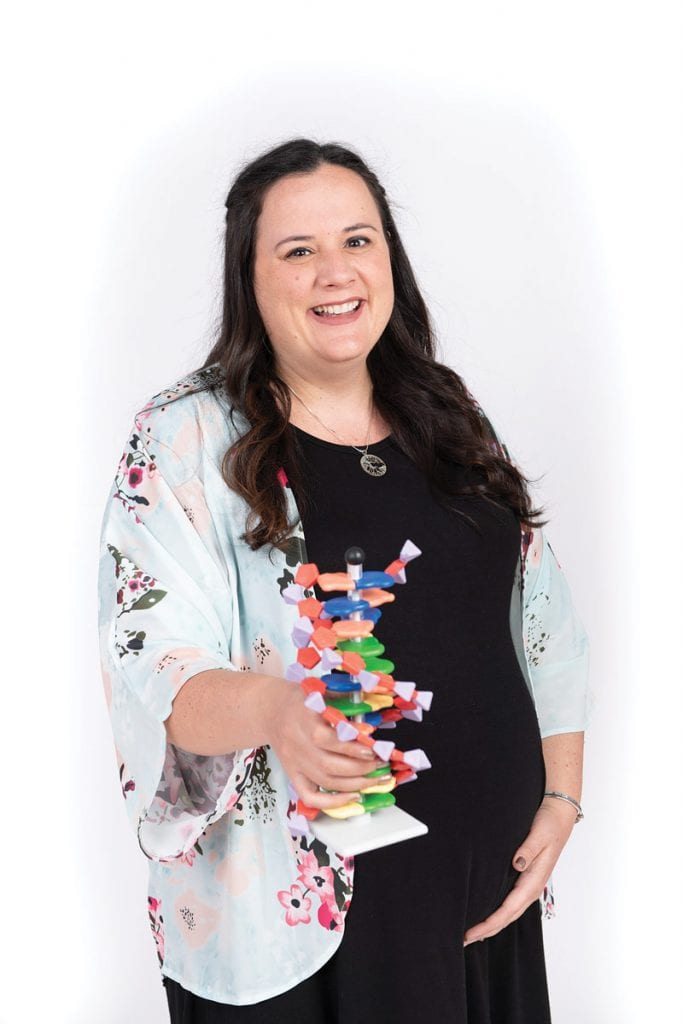 Growing up in Westfield, Lauren Figy Cadigan was interested in pursuing medicine or some other field where she was helping people.

“But I had a knack for science,” she said. “What I enjoyed about it was the inquiry, being excited about figuring things out. So I started doubling up on science in high school, taking as many classes as I could.”

It’s a fervor she shares with other young people today as supervisor of Science, Technology, and Engineering for Westfield Public Schools. “I have a passion for helping people and really encouraging students to go into STEM.”

After graduating from Ohio Wesleyan University and working in the Columbus, Ohio school system, Figy Cadigan returned to her home state and taught at the High School of Commerce in Springfield, then went through a master’s in education program focused on organizational management.

That opened a door to an assistant-principal job in Westfield, and eventually her current role, where she has authored or co-authored successful grant applications including $55,000 in partnership with MassHire to get students interested in healthcare professions and obtain their CNA licenses; $30,000 to create a biomedical career pathway in the public schools; and $97,000 for a pilot program in engineering career pathways.

In all of this, she has sought to expose students to science, medical, and engineering careers they might not have considered before, and to cross-pollinate STEM fields that are traditionally male-dominated and healthcare careers that attract mostly women. “We’re making sure kids are getting a sampling of each, instead of society telling them what bucket they should fit into.”

That also goes for underserved demographics like special-education students and English-language learners. “All students can be successful, and we want these opportunities to be available to them as well.”

But she’s especially gratified by the impact her efforts are having on the future leaders of STEM.

“The best part about being in education is five or six years later, when kids write back to you about what they’re doing now,” she said, adding that she’s especially excited about the future of her own daughter, expected to arrive this summer. “This is the education I want for her.”