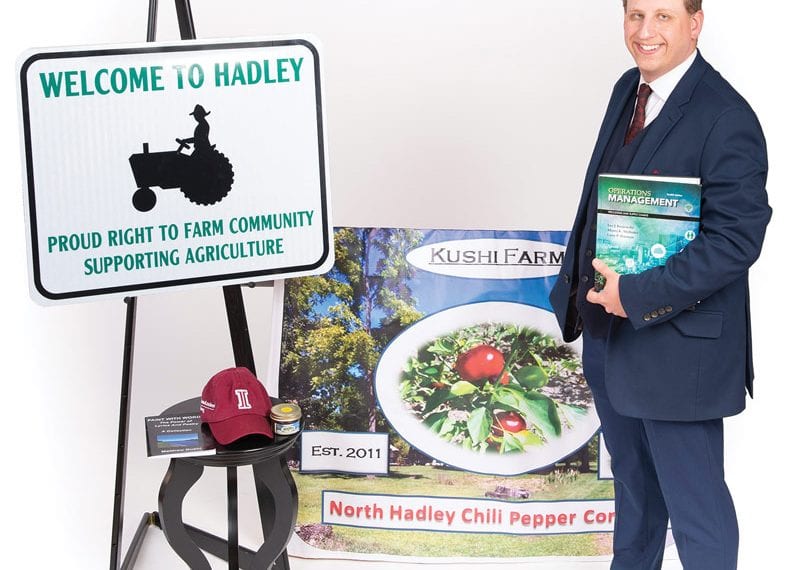 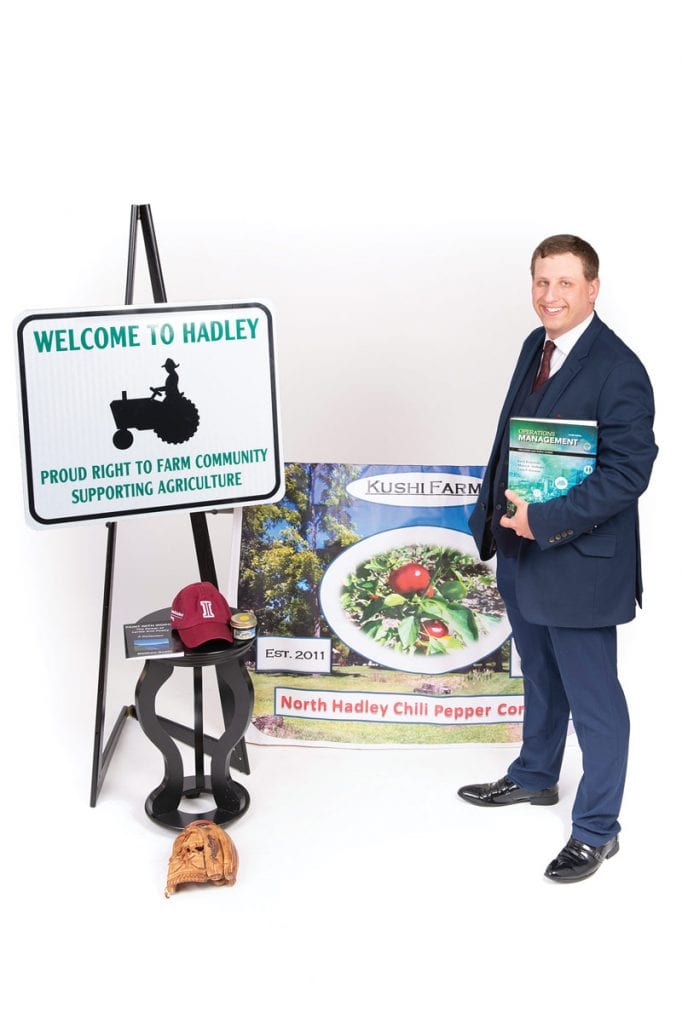 As a student in UMass Amherst’s sport management program, Matt Kushi harbored dreams of being an athletic director at a small college or high school. Such dreams never came to pass, but Kushi has forged an intriguing and rewarding career nonetheless.

Actually … two of them.

By day, he’s Academic Matters coordinator for the graduate and professional programs at the Isenberg School of Management at UMass Amherst. And by … well, day and night, actually, he operates Kushi Farm and North Hadley Chili Pepper Co., LLC, which, as that name suggests, specializes in hot peppers and hot-pepper products, including jelly.

Both pursuits came about as he was trying to figure out what to do with his life after graduation from UMass in 2010 into a down economy where jobs, especially those in sport management, were scarce.

At Isenberg, Kushi serves as a liaison between his office and faculty and staff for several graduate and professional programs. He also coordinates academic matters such as scheduling courses, classroom technology needs, and course evaluations.

As for the peppers … well, that’s a continuation of a family tradition, and family business, that goes back a century or so, one that Kushi, who also majored in history, discovered while doing some research for Hadley’s 350th birthday. Indeed, his great-grandfather grew tobacco and asparagus (the crop for which Hadley is famous) on land Kushi now tills (and lives on) today.

“I found that very interesting, that I had farming in my blood,” he said, noting that he started dabbling in growing vegetables and giving them to people in 2010. “The next year, I took a 20-by-20 plot in the family garden and started growing a few things like peppers and cucumbers and started selling them to people, and found I could make a few dollars.”

Today, he sells his peppers, which he describes as “middle-hot” jalapenos and hot red cherry peppers, wholesale, mostly to regional distributor Pioneer Valley Growers. It’s a business that’s taken root (pun intended), but is only one of many passions competing for his time.

Kushi is also chair of Amherst’s Agricultural Commission, a member of the Massachusetts Farm Bureau, coordinator of Hadley’s holiday tree-lighting ceremony, and owner and president of the MDK Initiative, which operates a special-projects entity with a focus on disability, diversity, and inclusion, and educational resources for families of individuals with disabilities.