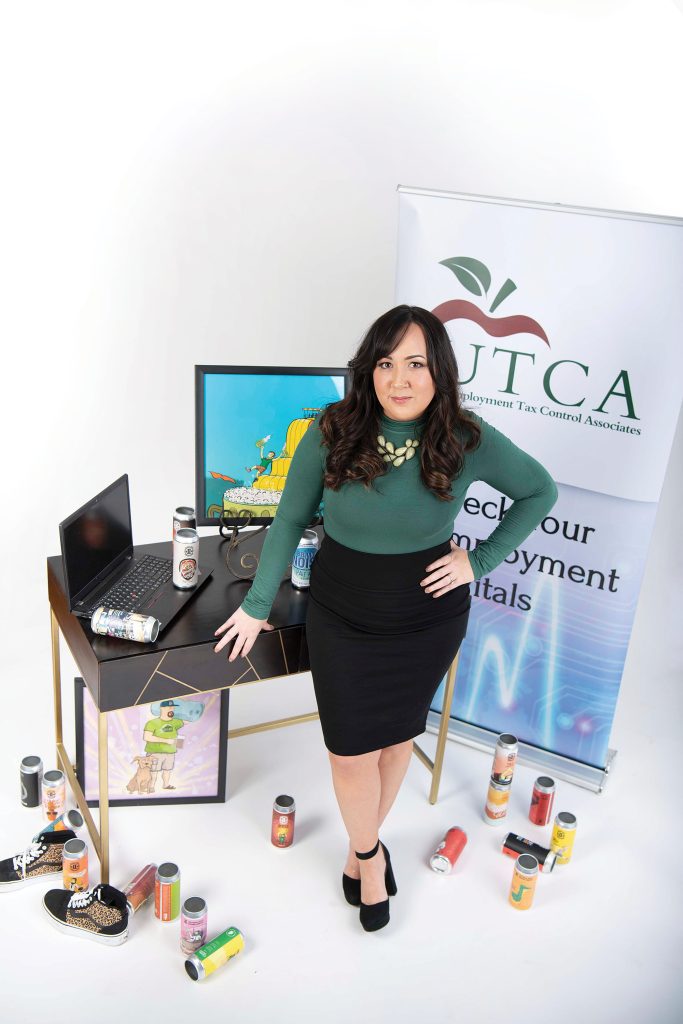 Meghan Avery says that most people assume the name given the brewing company she co-owns with her husband, Mark, stems from what would be considered her day job as senior vice president with West Springfield-based Unemployment Tax Control Associates.

They would be wrong.

“My husband came up with the name Two Weeks Notice Brewing Company because, quite literally, he wanted the brewery to be a success so he could quit the job that he had,” she explained, adding that he was able to do just that and pursue his passion full-time.

But while her work in the unemployment tax realm wasn’t the source of a corporate name, it has become her passion, and her career, one in which she is following the lead of her mother — Suzanne Murphy, the company’s founder — in all kinds of ways, from her entrepreneurial energy to her commitment to giving back to the community.

At UTCA, Avery handles a wide range of responsibilities, including client services, all aspects of the Claims department, various HR functions, and management-education seminars offered to every client. She also supports the business-development side of the organization.

Meanwhile, at Two Weeks Notice Brewing in West Springfield, she wears an equally large number of important hats, handling finances, marketing, event planning, and brand development. And while all aspects of the company are in a growth mode, the event side of the ledger is really taking off, with the West Springfield location hosting gatherings for YPS, Toys for Tots, Parish Cupboard, the West Springfield Police Department, and the Susan B. Anthony Project, which offers services to those affected by domestic violence and sexual assault. It has even hosted an “adult prom do-over,” which was … well, just what it sounds like — adults doing their prom over.

Sometimes, Avery’s two worlds come together, such as when she organized a free training for local breweries in Massachusetts and Connecticut to educate them about effective sexual-harassment policy and management of these issues in the brewery setting, training that was conducted with the Employers Assoc. of the NorthEast, an agency she partners with frequently in her role at UTCA.

Within the community, Avery is a certified victims advocate for those experiencing domestic and sexual violence. She and Mark have also recently partnered with Brave Noise, an organization geared toward eliminating sexism, sexual harassment, and gender discrimination in the brewing industry.