CHICOPEE — Phillips Insurance partnered with clients Fazio’s Ristorante of East Longmeadow and Simos Produce of Springfield to deliver pizza and grocery boxes to its clients and first responders.

Phillips Insurance Agency was established in 1953 and is a full-service risk-management firm with a staff of 28 professionals. 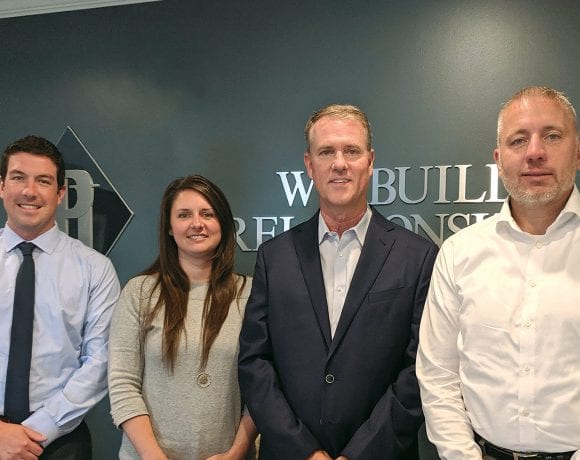 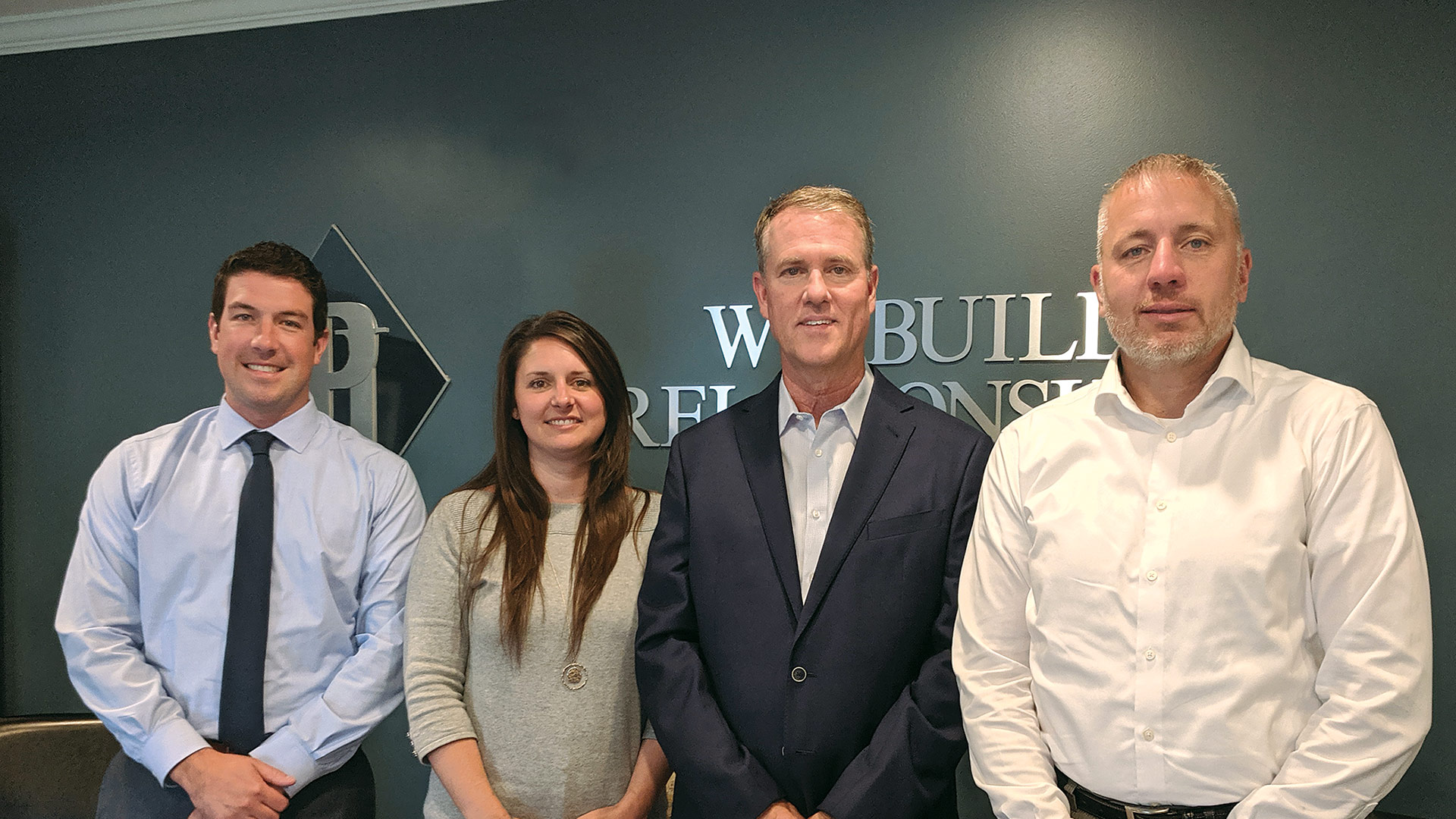 In the 66 years since Joe Phillips’ father opened the business that bears the family’s name, the insurance industry has undergone plenty of change, both in the range of risks faced by individual and business clients and in the products available to lower those risks and protect key assets. But the way the agency does business has changed as well, reflecting a modern approach to technology, mobility, and employee flexibility. The result has been high retention of both team members and clients — and consistent growth.

The insurance world has changed significantly in the 22 years since Joseph Phillips took the reins at Phillips Insurance Inc. — not to mention the 66 years since his father hung out a shingle in Chicopee.

But some changes at his agency don’t have as much to with insurance itself as they do with the way today’s employees — especially younger ones — want to work.

“We try to be as flexible as possible in this changing work environment,” Phillips said, noting that four employees work from home — actually, they kind of have to, living in Montana, Florida, Delaware, and right around the corner, relatively speaking, in Boston. “And we try to be as flexible as possible. Our office is open from 6 to 5 every day, so everybody picks eight hours within that timeframe to work. Some people come in at 6 and leave at 2. It works out, especially for some of the new parents whose spouses work.”

It adds up to a high employee-retention rate; four of Phillips’ 28 staffers have been there for more than 20 years, and 10 have been around more than a decade.

“Everyone has become so fast-paced right now — people want something sent over, and you’re e-mailing and texting clients 24/7. And you have to, because it’s just as fast on their side as well.”

That’s why insurance agencies, like businesses of all kinds, need to compete for talent, he said — not just up front, but once they’re on board.

“Interviews used to be pretty one-way, and now — and I think it’s healthy — it’s a two-way interview, so when I bring in a new prospect for employment, they’re interviewing me as well. We sell them on the benefits we’re providing — retirement plan, health insurance, flexible work hours.”

It’s an office that’s set up for flexibility, he said — not just for flex time and maternity leave, but when a snowstorm strikes, or a major accident clogs up the Mass Pike, workers are set up through agency-automation technology to work from anywhere. That means no slowdowns at a time when clients demand speed and efficiency like never before.

“Everyone has become so fast-paced right now — people want something sent over, and you’re e-mailing and texting clients 24/7. And you have to, because it’s just as fast on their side as well,” Phillips said. “There are no more days off, which is good and bad, I guess. Companies don’t start their workday at 9 o’clock anymore. If they are, they’re far behind the curve.” 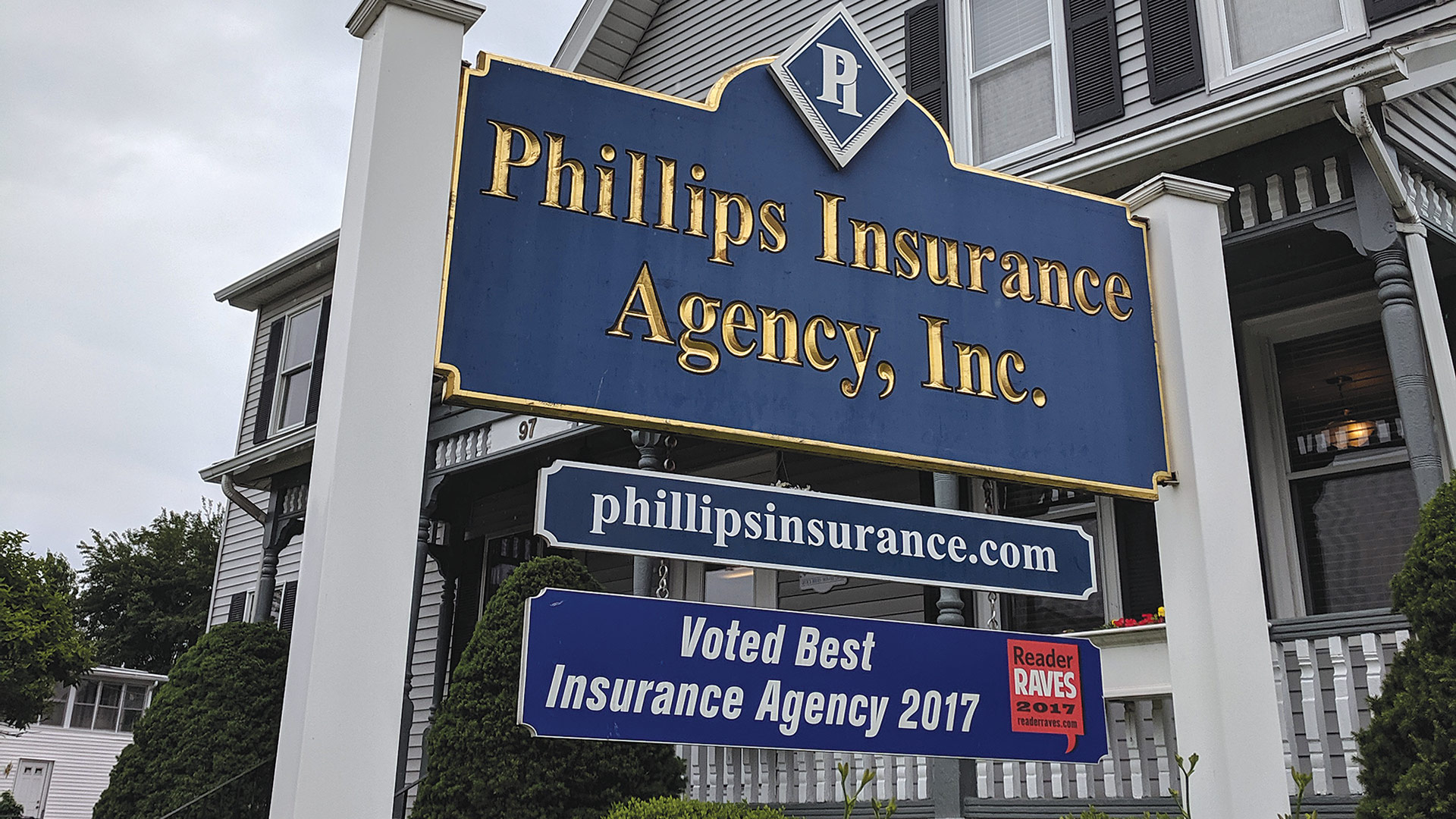 The agency’s headquarters in downtown Chicopee will soon expand for the fourth time in the past 20 years, a testament to its consistent growth.

All this modernization and flexibility makes a difference, Phillips said, noting that clients appreciate stability — the agency boasts a 98% client-retention rate — and the staff has increased from 17 employees in 2014 to 28 today. Some of that growth has been internal, with three people who started as receptionists moving up to broader duties.

In short, Phillips Insurance is keeping up with the times, its president said, and growing all the more for it.

Phillips’ father entered the insurance business in 1953, purchasing the William J. Fuller Agency, which was founded in 1892, and changing the name. The younger Phillips came on board in 1996 and took over the business when his father died unexpectedly a year later. At the time, the staff totaled three people, and two of them — Joe Phillips and Jeanne Jones — are still there.

Growth has necessitated some physical changes. This fall, the agency will undergo a 2,500-square-foot addition on the back of the building — its fourth addition in 20 years — and it also bought the former Masonic temple next door and will be tearing it down to build a 30-car parking garage.

The growing clientele is dominated by commercial lines, which account for 80% of total premiums. Much of that business is surety bonds for construction-related risk, mostly in Western Mass., but a good percentage east of Worcester, where the construction market is particularly active, and some out of state.

“MGM has really helped — we had 10 clients working down there, from a $20 million site package to the $6 million masonry package,” Phillips explained, adding that the Five Colleges have been doing a lot of building in recent years as well, providing further growth opportunities.

Another change has been the rise of captive insurance, he said. “That’s a little different. Our clients actually get together with a group of other like-industry-group businesses, and they form their own insurance company. They become the profit center. Instead of spending $500,000 a year to a major national carrier and that carrier making hundreds of thousands of dollars off you, you can make money off yourself. It’s becoming more and more common; it’s a growing section of the market.”

Phillips has also grown its employee-benefits department quite a bit over the past five years, while its personal lines — including home, auto, boat, ATV, and personal umbrella — are growing well, with the agency licensed with 20 insurance carriers, including some of the largest players, like Safeco (a member of Liberty Mutual), Arbella, Safety, and Preferred Mutual.

Still, “we specialize in complex risk — a lot of construction solar, recycling … a lot of tougher industries,” Phillips stressed. “It’s a diverse group of businesses, from Northern Tree Service, one of the largest tree-cutting companies in the country, to the Student Prince restaurant in Springfield.

“We’re an industry-specialization agency — construction, hospitality, manufacturing — so we align ourselves with the insurance carriers that want to ensure those types of businesses,” he added. “We have very good relationships with our insurance carriers. We’re one of the largest writers for Liberty Mutual in New England, and other household names have been great partners.”

Meanwhile, the agency’s charitable efforts include sending about 15 employees annually to prepare Thanksgiving meals at the Knights of Columbus, as well as donating to efforts like the Joseph D. Freedman Bowl-a-thon to benefit Camphill Village, Berkshire Hills Music Academy in South Hadley, and Link to Libraries.

The latter is an example of civic involvement that goes beyond donations, Phillips said. “We’ve got about six people now going to elementary schools in Chicopee. We donate a few hundred books a year, and a different person goes over and reads every month. It’s great for morale. Everybody loves to do it. And it’s an opportunity to get out of the office.

In fact, he said, there’s a bit of a reading backlog because the volunteer readers don’t want to stop doing it. “We gently nudge them aside to give everyone an opportunity.”

Another hands-on activity is the bowl-a-thon, which Phillips has been involved in for eight years, sending 15 to 20 bowlers to participate and raising $85,000 last year alone.

“We want people to feel good about where they work and what we do for the community, and there are certainly plenty of worthwhile causes out there,” Phillips said. “It’s tough to pick — there are only so many hours in the day and so much money to go around. You have to pick a few and really make a commitment to it. Something like Link to Libraries is really hands-on and gets everyone involved, rather than just writing a check.”

In a way, those community-engagement efforts aren’t much different than the insurance business itself. In both cases, the goal is to solve problems and make people’s lives a little more secure. 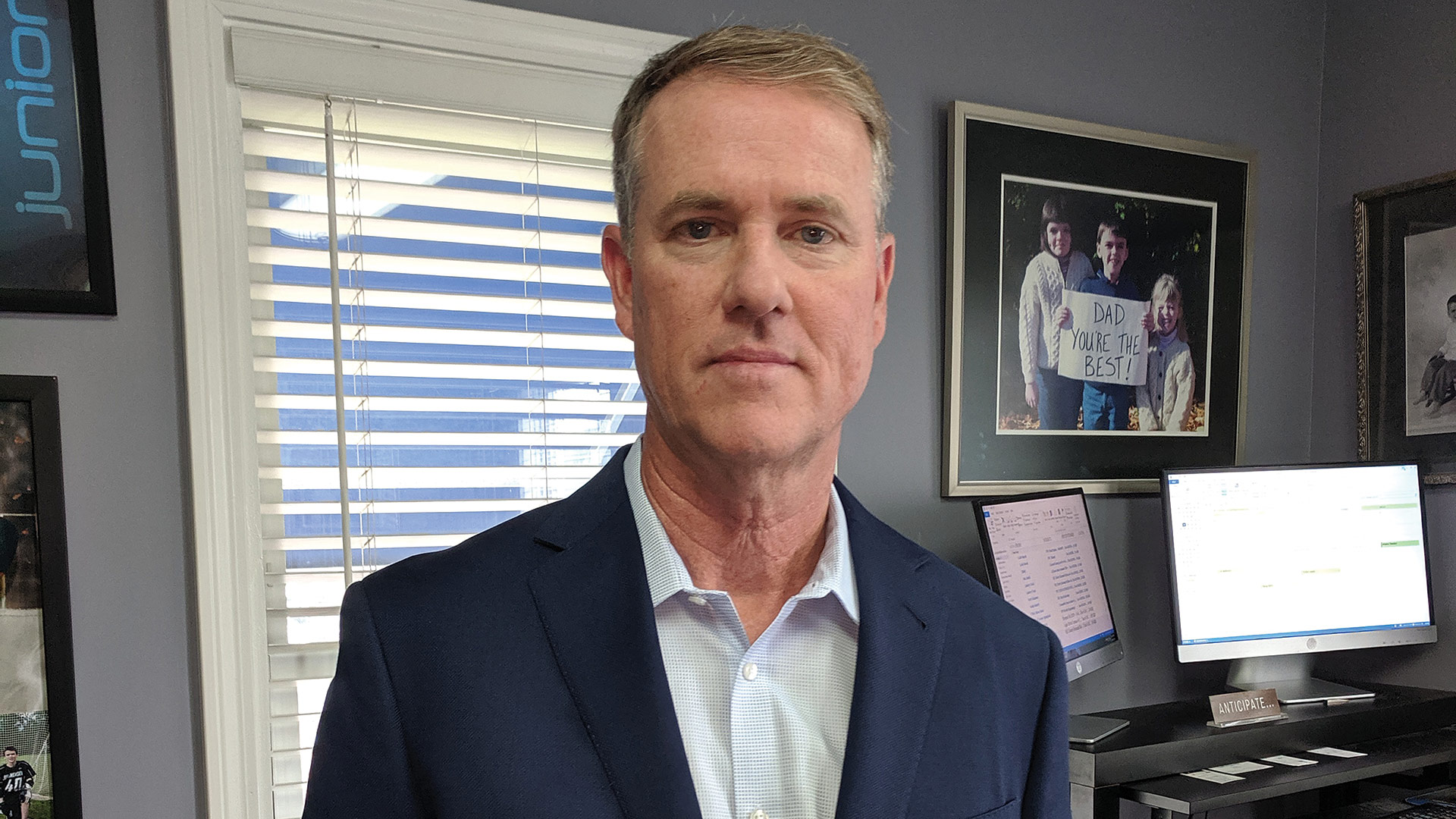 Joe Phillips says the agency has built a strong reputation for taking on complex risk, much of it surety bonds for construction projects.

“With the personal lines, we’re protecting someone’s most valuable assets,” he said, adding that they also help families deal with the cost and stress of milestones like, say, adding youthful operators to an auto policy.

“On the commercial side, we’re also solving problems,” he went on. “We’re coming in and working as a trusted advisor, much like they’d work with their CPA or their attorney. We identify risk exposures that maybe they hadn’t really reflected on in the past that they should have — assets that are at risk. We try to work with them to develop the most comprehensive package for their insurance, whether it’s a utilizing captive insurance or using higher deductibles to save on premiums and maybe absorb some of the risk on smaller losses.”

It’s gratifying, Phillips added, to come to work every day knowing this work — and what the agency does outside the office — makes a difference in the region.

“We try to be out there in the community through business networking, charitable networking, and, of course, just trying to do the best job for our clients,” he said. “That’s the best referral — our existing clients.”