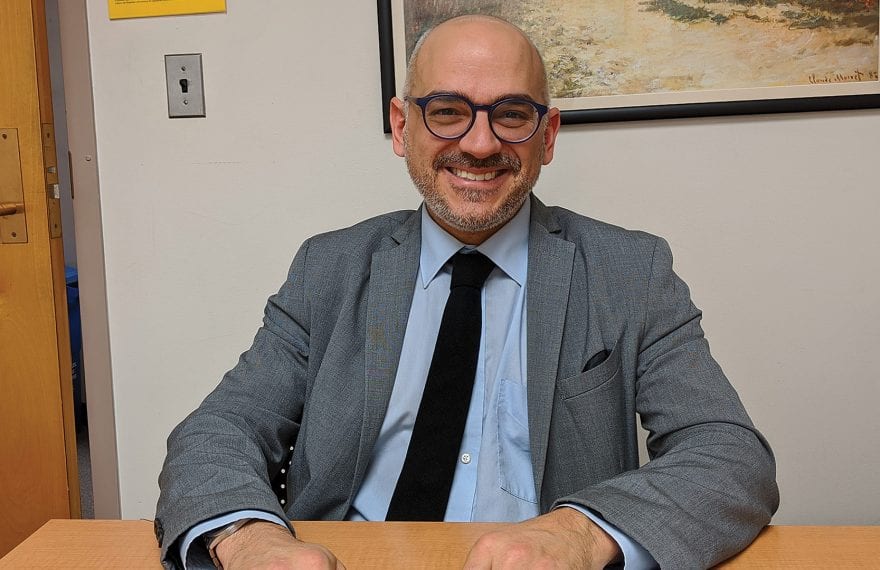 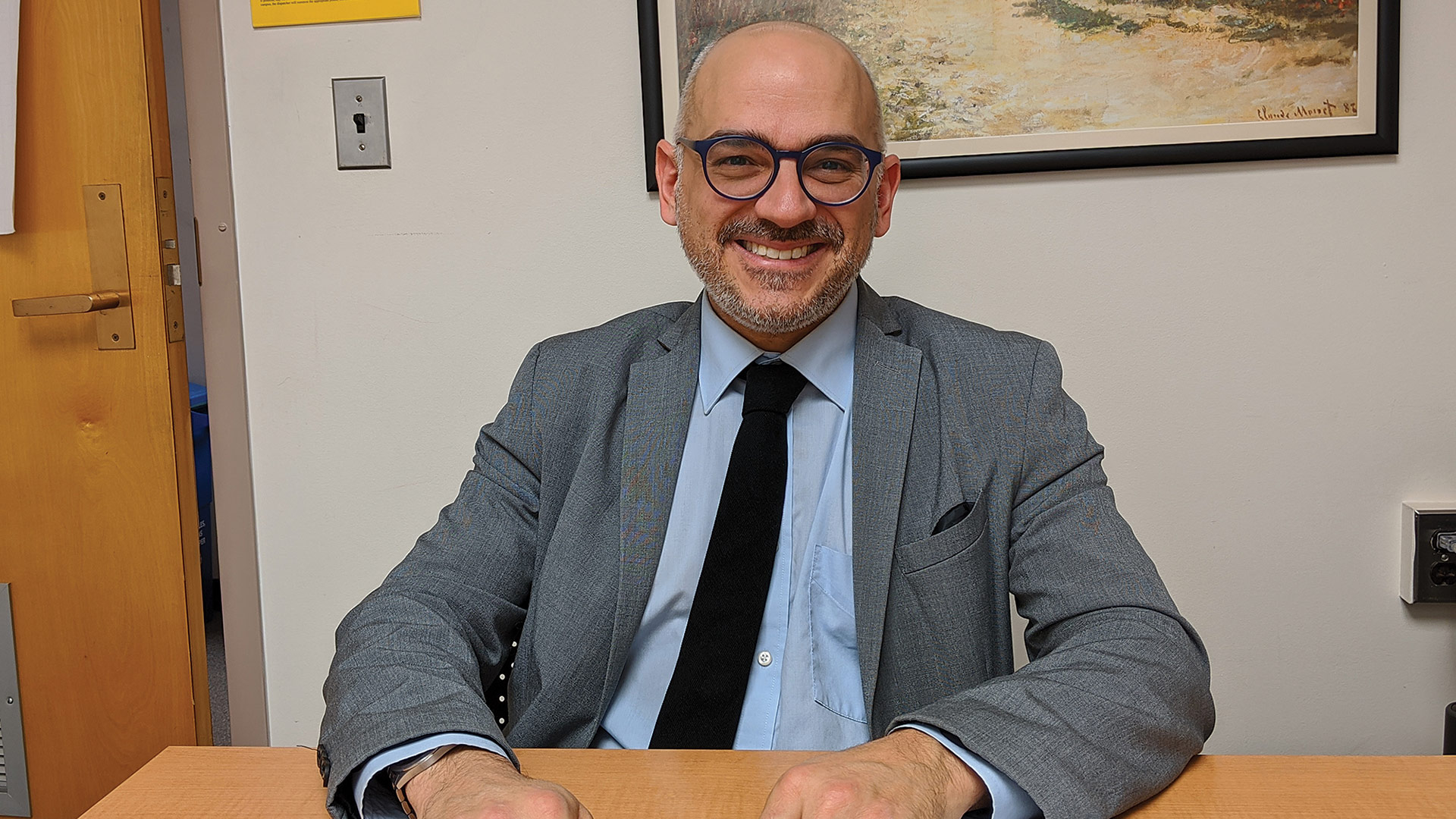 Jeff Napolitano says he hears from contractors weekly that they need more skilled workers to grow.

Every week, Jeff Napolitano hears from contractors, and the message is always the same: We need more help.

“Contractors are always looking for skilled labor,” said Napolitano, project director of Community Works, an innovative arm of the Worker Education Program at UMass Amherst funded by the Massachusetts Department of Transportation.

“With the building trades, you have an older, whiter, maler workforce that has been retiring because, really, the biggest push for the trades ended in the ’70s,” he explained. “Back then, the mantra was, ‘after you graduate high school, you go to college.’ Going into the trades has been less and less common. But we’re finding now that, whether it’s electricians to wire things or laborers to work on job sites or carpenters to construct things, there’s a need for skilled trades. That’s where our programs come in.”

Community Works is an adult pre-apprenticeship program for the construction trades and the transportation and highway industry, with a specific focus on women, people of color, and veterans, although people of all demographics may participate.

A six‐week course offered in Springfield and Holyoke to prepare qualified applicants for an apprenticeship in the building and transportation industry, Community Works uses classroom and hands‐on learning experiences to equip participants with the skills needed to be accepted into a state‐registered apprenticeship program or transportation-industry employment, from which they can build a career. Participants also receive case-management and placement services to help achieve their career goals.

Even though he works on a university campus, Napolitano admitted the program is, from a financial perspective, much different than the college pathway.

“There’s almost no debt that you really have to rack up,” he told BusinessWest from his office at UMass Amherst. “We call it the inverse four-year degree because apprenticeship programs generally take three to five years on average. And unlike going to college, where you need to take out a bundle of money in order to go, you get paid while you train, while you’re working, while you’re waiting to become a full plumber or full electrician or whatever. So people don’t have to take any debt; in fact, they get paid, with benefits, to train to become a journey-level tradesperson. That’s a lot better deal than college.”

The training — delivered by instructors experienced in the trades as well as guest presenters who have expertise in their field — replicates an actual work experience to increase the likelihood of successful placement into apprenticeship. Classes run Monday through Friday, from 7 a.m. to 3:30 p.m., to mirror a typical construction workday.

“We’re a workforce-development program on steroids, Napolitano said. “A lot of programs have a very narrow niche — afternoon training for a week to do one particular technique in one part of the industry. Our program is six weeks, five days a week, eight hours a day.

“We call it the inverse four-year degree because apprenticeship programs generally take three to five years on average. And unlike going to college, where you need to take out a bundle of money in order to go, you get paid while you train, while you’re working, while you’re waiting to become a full plumber or full electrician or whatever.”

“So our program is way more intensive, and people graduate with OSHA 10 certification, first-aid/CPR certification, highway flagger certification, and other certifications that are, by themselves, extremely valuable,” he went on. “Over those six weeks, it isn’t just classroom training, things like blueprint reading and construction math, but also a lot of hands-on training.”

For instance, last year, 14 participants spent a day at a Habitat for Humanity site in Holyoke and insulated the whole house, he noted. “Folks also spend a whole week at the official carpenters’ apprenticeship training facility in Millbury, learning, as other carpenter apprentices learn, how to hang drywall and do flooring and that sort of thing. So they get exposed to a wide range of tools and equipment and techniques.”

And not just in carpentry, as they also visit electricians, sheet-metal workers, and others who can provide hands-on training experience.

“Instead of this being a program that just narrowly focuses on ‘you need to manufacture these widgets, and this is how you do it,’ we actually train folks in a wide variety of things. We bring in the folks from the ironworkers, the plumbers, the glaziers, the operating engineers, the elevator constructors, to basically explain these specific trades and what’s involved in getting into them. We have a very broad focus, and despite having that larger focus, it’s still a very intensive program in terms of amount of time and detail and exposure to the work.”

Community Works began in 2009 as Springfield Works, a 20-member employer/union partnership to address a gap in the regional workforce-development system: too many Springfield residents were in need of additional skills training for entry into apprenticeship programs. Within a year, the program had the highest job-placement rate in the state among pre-apprenticeship graduates.

The program was rebranded in 2013 with an expansion into Holyoke, and continues to target underserved populations in the construction and transportation trades, including women, people of color, and veterans.

“Our focus is on closing the demographic gaps. These industries are heavily male, heavily white,” Napolitano said, noting that some public-works projects mandate 5% or higher percentages of women on the job.

Beyond that, Community Works applicants must be at least 18 years old; have a high-school degree or equivalent; be authorized to work in the U.S.; pass a drug test; pass a physical test, consisting of a ladder climb and other tasks; be a proficient (if not perfect) English speaker; and have a valid driver’s license and a registered, working vehicle.

“You don’t need to have any experience,” he said. “It can definitely be a plus, but you don’t need any. I’ve had people who weren’t even familiar with a measuring tape go on to construction careers. We presume that folks don’t have that experience. At the end of the class, everyone’s in roughly the same place, ready to go.”

After the six-week course (the next one runs from Feb. 24 to April 3) comes the apprenticeship placement phase, and that’s where Napolitano comes in.

“When they graduate, I help them figure out where they want to apply, what jobs they want to do,” he said. “Our partners commit to taking a look at people. After MGM was finalized, there was a dip in the labor market, but it’s coming back now. Contractors are calling me in a weekly basis looking for graduates to be put to work.”

The goal is to place graduates into apprenticeships in the building trades or into careers in the transportation industry, and sometimes both, he explained. The skills required for most trades take years to learn and are usually developed through apprenticeships, which combine classroom instruction and paid on-the-job training under the supervision of an experienced tradesperson. The sponsoring apprenticeship program pays the costs of apprenticeship training, and, upon successful completion of the apprenticeship, the participant is credentialed as a journey-level tradesperson.

In fact, all the training is free, starting with the six-week Community Works course, Napolitano added, and people receiving unemployment benefits are not required to search for a job during the program to maintain those benefits. Furthermore, all participants — there are between 20 and 25 slots in each annual class — also receive a basic set of tools and equipment.

It’s the kind of opportunity that has some college graduates rethinking that degree.

“Apprentice program directors are seeing more and more people with college degrees, who have a lot of debt and can’t get a good enough job with just a college degree,” he noted. “I had a couple of people with master’s degrees in my program last year. So it’s pretty remarkable.”

After listing the requirements to apply for Community Works — things like English proficiency and the ability to drive — Napolitano remembered the most important one.

“The thing that’s required the most is the enthusiasm and initiative to want to get into the construction industry,” he told BusinessWest. “It’s a physical job, and it requires some hustle. That’s really what we’re looking for in people.”

That’s why participants are bounced from the program for multiple absences and tardies. “We’ve been told that 95% of the industry is showing up on time. The other 5% is having a good attitude and being willing to learn something.”

After all, the construction and transportation industries, in dire need of new blood to replace an aging workforce, are certainly willing to teach a few things.

“It’s definitely an issue, particularly for the larger companies that are trying to expand their base of work,” he said. “They need an expanding group of workers who can do the job.”