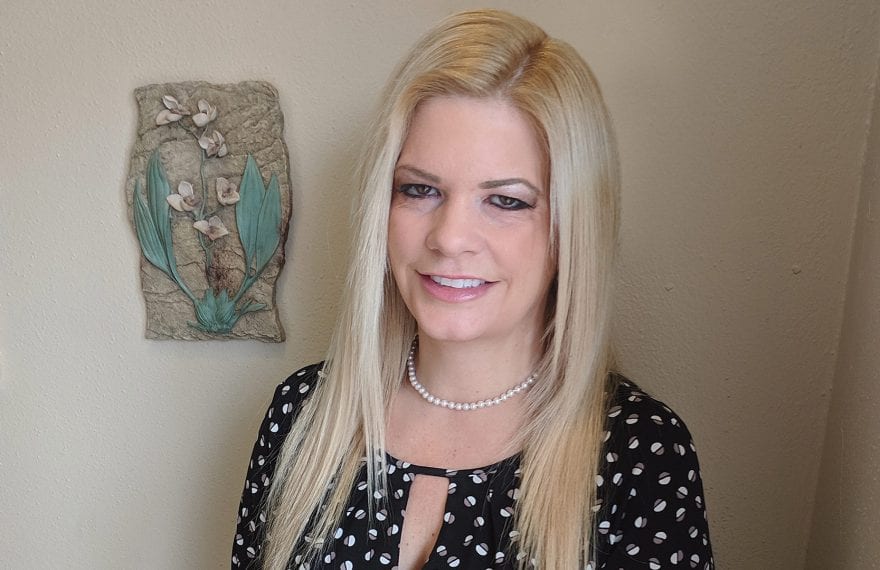 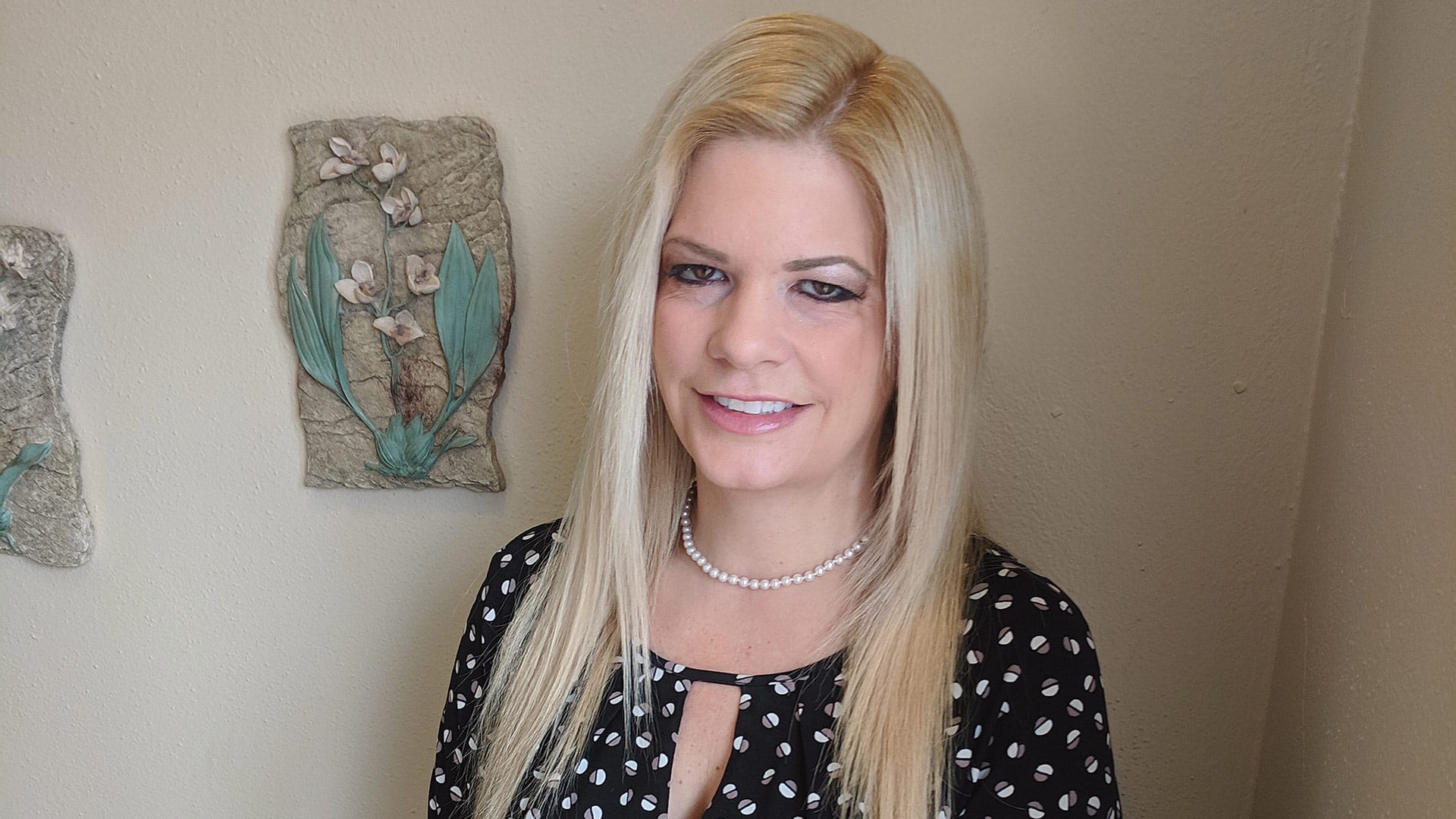 Amy Royal was taking a calculated risk when she left a stable job in employment law to start her own firm at the start of the Great Recession. But those calculations proved correct, and as her firm marks 10 years in business, she reflects on how her team’s services to clients continue to go beyond legal aid into a business relationship that helps companies — and the local economy — grow.

Many employers, truth be told, don’t think the grand bargain is much of a bargain. And they have questions about how it will affect them.

“Massachusetts tends to be ripe with emerging employment issues, like the grand bargain,” said Amy Royal, referring to this past summer’s state legislation that raised the minimum wage and broadened family leave, among other worker-friendly measures.

“But that’s one of the things I enjoy — the education piece we offer to clients: ‘this is what the grand bargain looks like, and we’re going to help you plan for it. This may not seem so grand, but we’re here to help you navigate this and figure out how you’re going to work within these parameters now.’”

Royal and her team have helped plenty of employers over the 10 years since she opened her law firm, Royal, P.C., in Northampton. Since launching the business as a boutique, woman-owned, management-side-only firm in 2008, that framework hasn’t changed, but the way the team serves those clients has certainly evolved.

“Now that we’re 10 years old, we’re thinking about rebranding, thinking about growth, and how we can provide additional opportunities here at the law firm,” she told BusinessWest. “Is it continuing to market in this very discrete area or expanding beyond that?

“We obviously only represent companies,” she went on, “but in our relationships with clients, we’re being asked to handle other things for those companies apart from employment law.”

“Now that we’re 10 years old, we’re thinking about rebranding, thinking about growth, and how we can provide additional opportunities here at the law firm.”

For example, the firm represents a large, publicly traded company that recently launched a new brand and wanted help creating contracts with vendors and negotiating with other companies it was collaborating with. Another client is a large human-service agency that called on Royal to interpret regulations of its funding sources and help negotiate contracts related to those sources.

“So we’ve organically expanded over time,” she said. “We still represent companies, but we do more for them, because we’re seen as a true advisor to them. So now, at 10 years, I’ve looked at the firm and asked my team, ‘is this something we should now be marketing?’ We still are a boutique firm representing companies, but what we’re going to be rolling out in the coming year is a rebranding initiative — one that’s focused on telling the story of what we are doing here that’s more than just employment law.”

Royal began her law career working for the Commonwealth, in the Office of the Attorney General, handling civil-litigation matters, which included some employment claims. From there, she went into private practice at a regional law firm that solely handled management-side labor and employment law. 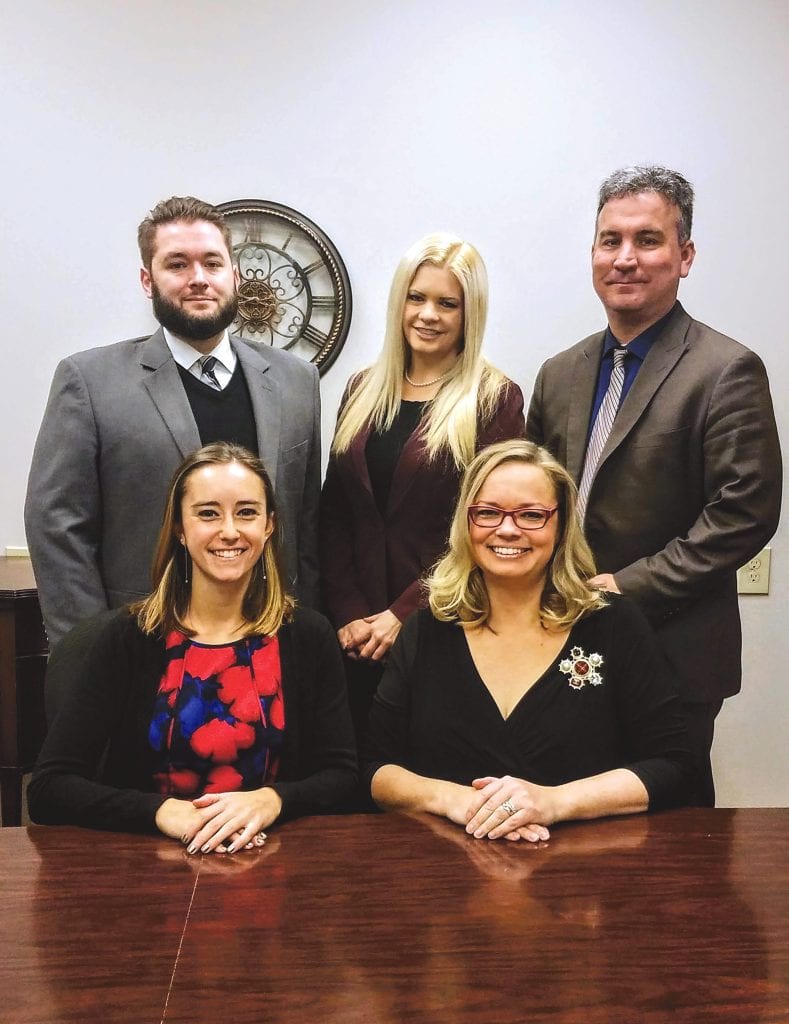 Amy Royal (center) with some of her team members, including (top) attorneys Daniel Carr and Timothy Netkovick, and (bottom) Heather Loges, practice manager and COO; and Merricka Breuer, legal assistant.

With that background, Royal sensed a desire to start her own company — which turned out to be a risky proposition, opening up into the teeth of the Great Recession.

“I obviously took a huge leap; I was at an established law firm and had been there for a long time. I had an established job, with a very young family at the time. And it was 2008, when, obviously, the economy wasn’t in good shape.”

So she understood if people thought striking out on her own might not have been the safest move.

“But given how long I’d been practicing law at the time, it felt to me like it was now or never,” she explained. “I really wanted to see if I could make a go at it, and I felt like I had the tools to develop a business. Oftentimes, law firms aren’t thought of as businesses; they’re thought of as practitioners, but not businesses. But I knew I could create a law firm in a strategic way and develop it and make a company out of it.”

At first, Royal’s wasn’t the only name on the letterhead. At first, the firm was called Royal & Munnings, with Amy Griffin Munnings as a partner, helping Royal get the firm off the ground. Later, after Munnings moved to Washington, D.C., the firm was known as Royal & Klimczuk, for then-partner Kimberly Klimczuk, who subsequently departed and currently practices employment law at Skoler Abbott in Springfield.

“I really wanted to take the model of a specialized, boutique practice and build upon it with a strong client base of corporations throughout our Valley and beyond — because we do represent companies in Rhode Island, Connecticut, and Vermont, as well as national corporations,” she explained.

“I believed it didn’t so much matter where we were located because we go out to our clients,” she added. “So I chose Northampton because I have really enjoyed the community — I went to Smith College, and I thought I could have an impact here and throughout the region and beyond in creating employment opportunities for people.”

That is, in fact, how Royal sees her work: by helping clients navigate through often-tricky employment issues, she’s helping those companies grow and create even more jobs in the Valley.

And while many of those thorny issues have remained consistent, they’ve ebbed and flowed in some ways, too.

“Given the employment-law landscape, there becomes hot areas at certain times, and we become sort of subspecialists in those areas,” she explained. For example, early on, she saw a lot of activity around affirmative action and dealing with the Office of Federal Contract Compliance Programs. Wage-and-hour conflicts have become increasingly prominent in recent years as well, and Royal, P.C. has handled client defense on those issues, as well as general guidance on how to avoid claims altogether.

“I do feel like we can advise clients and help them flourish,” she went on. “I’m so committed to this region, and I know there’s been a lot of work done over the last decade since our birth as a law firm, in the business community and the community at large, on how to make the Pioneer Valley an even more attractive place for people to live and earn a living and feel like they have opportunities here — that they don’t have to be in Boston to have those opportunities.”

As she continues to grow the firm, Royal says it’s always a challenge to find talented attorneys who are skilled in labor and employment law and also understand her vision for the company.

“Practitioners often think, ‘here’s what the law says.’ We need to be telling clients, ‘OK, here’s what the law says you can do, but this is also a business decision, and everything is about weighing and measuring risk and deciding whether you can bear that risk or not, whether that’s a good practice or not.’”

“Given how long I’d been practicing law at the time, it felt to me like it was now or never. I really wanted to see if I could make a go at it, and I felt like I had the tools to develop a business.”

And challenges to employers are constantly evolving, whether it’s legislation like the grand bargain or issues that arise from new technology. She recalls what a hot topic portable devices, like smartphones and tablets, were in the early part of this decade.

“Now it’s like everyone has one,” she said, “but at that time, it was a huge issue for employers, who were asking, ‘where is our data going? If you’re a portable employee, what’s happening when you leave with that phone?’”

The economy can affect the flow of work as well. In the early days of the firm, as the recession set in, litigation crowded out preventive work such as compliance matters, employee handbooks, and supervisory training. In recent years, she’s seen an uptick in requests for those services again.

Sometimes, employers will call with advice before taking disciplinary action with an employee — just another way Royal aims to be a partner to clients. The firm also conducts regular seminars and roundtables, both for clients and the public, on matters — such as legislative changes and policy wrinkles — that affect all employers.

In some ways, that’s an extension of the way Royal wants the firm to be a presence in the broader community. Another is the team’s involvement with local nonprofits.

Meanwhile, that team has been focused, perhaps more than ever before, on what exactly Royal, P.C. is — where the firm has been in the past, what it is now, and what it wants to be going forward.

“We have a strong, viable book of labor and employment business, and what I’ve communicated to my team is, ‘we can keep going for the next 10 years, 20 years, on that book, and achieve growth.’ Or we can look at our brand and say, ‘do we want to grow beyond that? Do we tell the story of the other services we’re able to provide, and create other employment opportunities for people in the Valley?’ There’s a consensus here that that’s really the direction we should be going in.”