She Helps Homeless Moms and Kids Achieve Stability and Independence 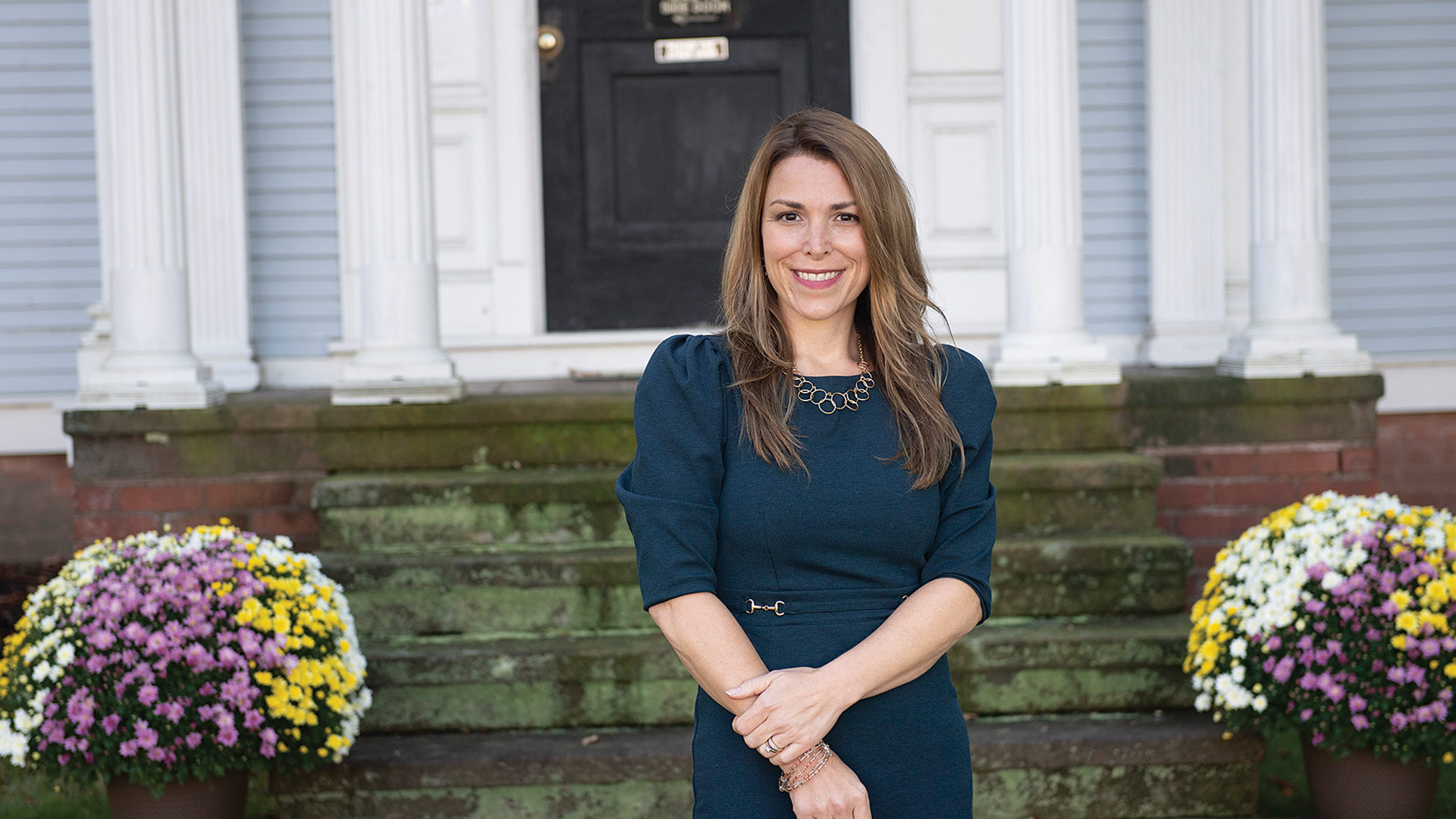 One Sunday morning in 2010, Linda Mumblo was sitting in church when she felt God calling her to minister to homeless women and children.

Shannon was a nurse and licensed clinical social worker at Baystate Medical Center at the time, but she was intrigued by Linda’s vision — for a very personal reason.

“I knew I wanted to be a very big part of what she was going to do because, growing up, I was the child who lived in a situation with an alcoholic mom, who lived in an apartment with just a mattress on a floor and didn’t always know where my next meal was going to come from.”

Fortunately, her grandmother stepped in. “She became the person for me that was my encouragement, that provided me with the love and support that I needed to allow me to have opportunities in life that I feel like I would not have been able to have with my mom,” Mumblo told BusinessWest.

And she saw Christina’s House as a way to help children be reunified with their mothers, and to help women realize their full potential and be the best parents they could be, she explained, “so that those children can grow up with their moms or have the opportunity to have a relationship with their mom that they might not otherwise have had. That’s how I started to be involved.”

Today, as executive director of Christina’s House, Shannon Mumblo has grown the organization to two large homes in Springfield, each serving up to 16 individuals at any given time, who live there for up to two years not only to escape homelessness, but to develop the skills and education necessary to live independently, with financial security, afterward — and deliver it all through a faith-based model.

“Growing up, I was the child who lived in a situation with an alcoholic mom, who lived in an apartment with just a mattress on a floor and didn’t always know where my next meal was going to come from.”

“In 2012, when we incorporated and formed the board,” she explained, “our mission was to educate, embrace, and encourage mothers and their children who are homeless or near-homeless through the love of Jesus Christ.”

The results — specifically, the many lives changed not only in the moment, but for the long term — speak for themselves, and demonstrate why Mumblo, by taking her mother-in-law’s vision to new heights, is certainly a Woman of Impact.

Teach a Woman to Fish…

At its heart, Christina’s House provides a program for moms and their kids to transition out of homelessness or near-homelessness and into independent living, Mumblo explained.

“It’s not a shelter — it’s a transitional, educational facility. We didn’t just want to house people, we wanted to teach them then skills they needed to break the generational patterns of poverty, abuse, trauma, all the barriers that keep people in a place of poverty. It’s education.” 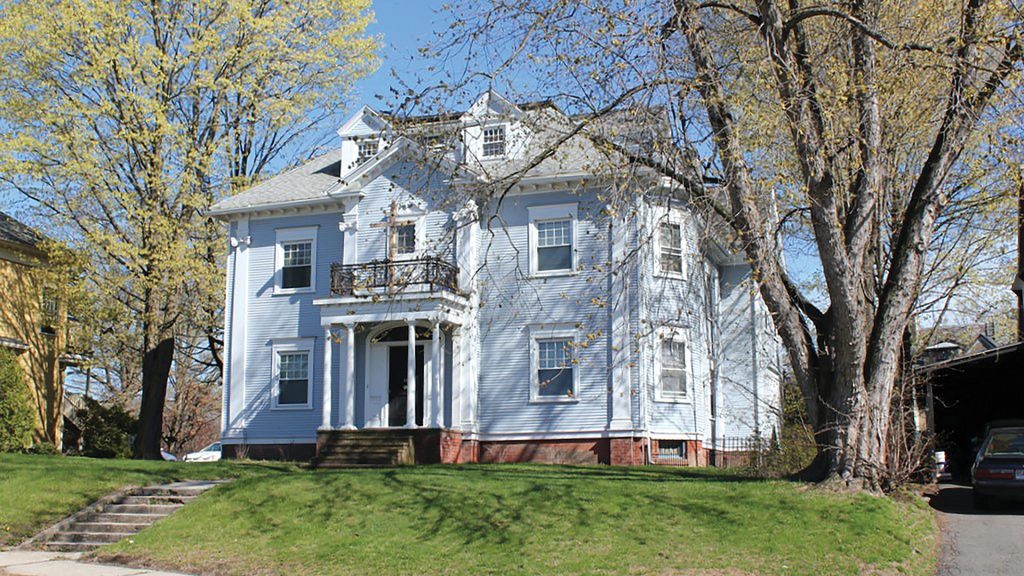 The first Christina’s House location on Madison Avenue was followed last year by a second site on Union Street.

The program can last anywhere from 18 to 24 months, Mumblo said. “It can take six months just to earn their trust that we don’t want anything from them, just the best of who they are, and the motivation to be part of the program — six months to let their walls down and receive what we’re giving them.”

Early on, she and her team members break down with each client what their goals are — financial, educational, employment, health, parenting, even spiritual — and create a syllabus to help them achieve those goals. “Every week, we look at each of those categories and more and go through them and start to unpack them — look at what they need in each area and seek resources to help fill the gaps.”

Those resources include community partners ranging from Dress for Success and Springfield WORKS to local churches and community colleges. And the program ranges from job-training initiatives to classes that bolster life skills from parenting to anger management. Counseling is a part of every client’s schedule, including financial counseling from the United Way of Pioneer Valley’s Thrive program. After about a year in the program, discussions begin on planning for independent living, whether in a house or apartment.

Mumblo said she wants to stay in contact with graduates for at least five years after they leave, not only to track their self-sustainability and independence, but because the stories can be inspiring.

“It literally saves lives; some of our moms have been on the brink of suicide because they just didn’t have somebody to help them.”

“Once you’re really invested in the program, this becomes like a family. Most of our moms and kids didn’t have a family coming in here, so this becomes their family, and we don’t let them go,” she said, noting that one of the program’s first graduates came back to volunteer, and Christina’s House sent her son to summer camp for two weeks.

“She’s saving up for a house now. She’s still independent, still growing, still getting raises in her job. She’s a corrections officer — that was always her dream, and that’s what she’s doing.”

Even those who don’t finish the program can reap its benefits, she noted, recalling a woman who left the program early, and how devastated she felt about that. But then the woman stopped by recently to donate some of her granddaughter’s clothes.

“I gave her a big hug and said, ‘whatever you need, we’re still here; we never left,’” she went on. “And for her, she felt like it was one last piece she needed to have healing and wholeness. So we never understand the full impact of the seeds we plant. Experiences like that make me excited to get up and be in a job where this is my calling.”

That calling took plenty of work — and faith. The first Christina’s House on Madison Avenue was owned by Cottage Hill Church, which gave the keys to Shannon and Linda at a time when the fledgling nonprofit had $300 in the bank, so they could give tours and raise awareness of the mission.

A fundraising ball later that year netted $8,000, and between that and donations from supporters, they were able to put a down payment on the house and move in. 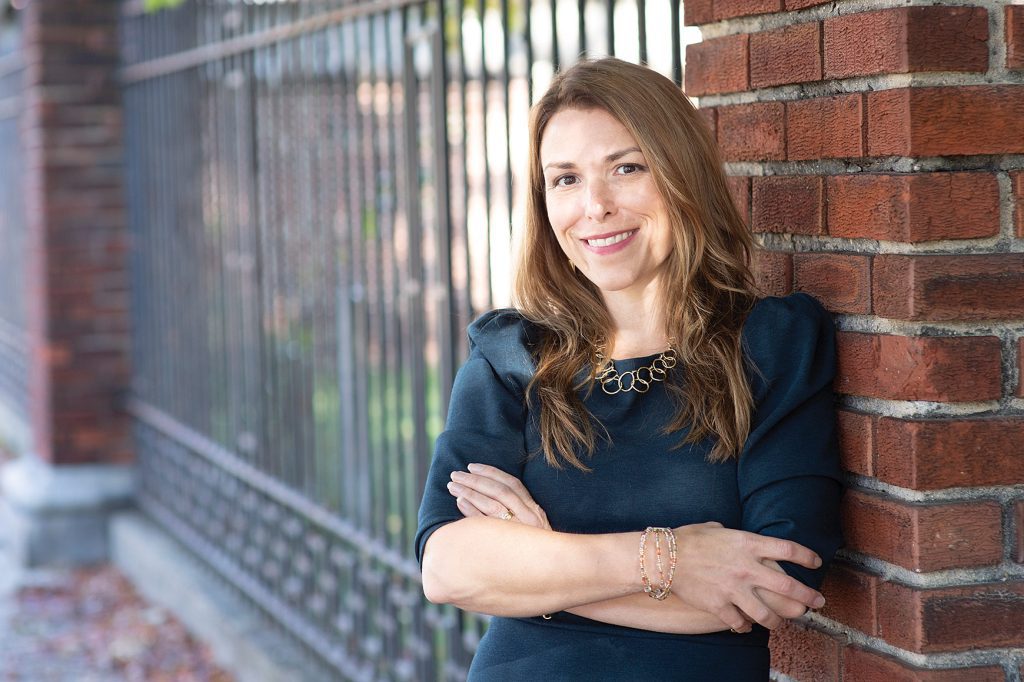 A connection with the Springfield Police Department proved to be a key source of early support. Mumblo wanted to name a room after the late Kevin Ambrose, an officer who died while protecting a mother and child in a domestic-abuse situation. After visiting the house, Ambrose’s widow, Carla, decided to make Christina’s House her charity of choice.

Later that year, police Sgt. John Delaney launched the Ride to Remember, a fundraising bike ride in honor of fallen first responders, which donated $64,000 to Christina’s House in its second year to help repair the leaking roof and paint the house.

These days, donations — from individuals, businesses, and churches, as well as a few grants — are more steady, and the annual ball, now in its ninth year, is a $100,000 fundraiser.

“I feel like it started on faith, and every step of the way, we had faith,” Shannon said, and that went for buying and renovating a second Springfield location on Union Street in April 2020, to serve even more families. “The vision started in a church, and everything we do here has been a leap of faith, so to speak.”

Asked why she emphasizes a faith-based model, with a program delivered from a Christian perspective, with regular Bible studies, and her answer was simple yet firm.

“If we took God out of it, it wouldn’t be the program that it is. I’ve said it from the beginning — this has been about faith; this has been God’s mission and vision that was placed on my mother-in-law’s heart, and we give him all the glory for everything here every day. It’s not about us, it’s not about me — it’s about God working through me to do this work that I do every day.”

Mumblo believes it’s a model that can be replicated in other areas that need such a facility.

“I see God growing Christina’s House; it’s so needed,” she said. “It literally saves lives; some of our moms have been on the brink of suicide because they just didn’t have somebody to help them.

“The most gratifying thing is watching the moms and kids grow and be successful and realize their potential, realize their goals, get that CNA certificate, get their GED, get a scholarship to attend school,” Mumblo said. “It’s more than I could have ever asked for in this lifetime.”