Region’s Courses Have to ‘Make the Game Sticky’

Just over a year ago this time, Jesse Menachem and his staff at the Massachusetts Golf Assoc. (MGA) were fighting — and fighting hard — to convince the state simply to let golf-course owners maintain their property.

Despite some intense lobbying by his group, Gov. Charlie Baker made golf courses part of his broad shutdown of non-essential businesses in March 2020, and for weeks, the industry lingered in a sort of limbo, not knowing when, if, and under what circumstances courses would be allowed to reopen.

When they did, in mid-May, a number of limiting restrictions kept play at modest levels. But then … the lid came off, and the industry found itself in an enviable position. Indeed, golf was one of the few activities people could take part in during the pandemic, and people started taking it up — or taking it up again, as the case may be, a development that benefited public and private courses alike.

“I’ve heard from clubs that recorded anywhere from a 20% to 50% increase in rounds, which is incredible, because capacity was limited due to the longer intervals between tee times, as mandated by the state,” said Menachem, president of the MGA. “You couldn’t find tee times on weekends at many facilities; with people working from home, working remotely, not traveling, not having family activities like Little League and soccer, golf became number one in a lot of people’s minds, and the game really benefited.” 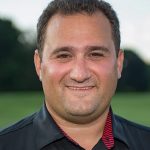 “If we can sustain or retain at least 25% to 33% of those who participated last year … that’s a goal; that’s a start. More would be great, but we have to be realistic.”

Now, as the 2021 season gets set to begin in earnest (some courses have already been open for several weeks), the golf industry has a simple, yet also complex, mission that Menachem summed up directly and succinctly: “make it sticky.”

By that, he meant those managing the state’s courses have to take advantage of this huge opportunity they’ve been granted and compel those who took to golf last year, because there were few attractive options, stay with the game now that other options exist.

“That’s our job; that’s what we’re up against — we have to make sure it’s sticky, and that’s something we have not been very good at,” he explained. “If we can sustain or retain at least 25% to 33% of those who participated last year … that’s a goal; that’s a start. More would be great, but we have to be realistic.”

Indeed, as they go about this mission, courses will have advantages and selling points they didn’t have last year, said Menachem, especially when it comes to their 19th holes, many of which were closed in 2020, while those that were open faced a mountain of restrictions on what they could serve, when, and how. They have also learned some lessons from last year, including how those longer intervals between tee times improved pace of play, reduced logjams on the course, and improved the overall player experience.

But golf will also be facing far more competition in 2021 when it comes to the time, attention, and spending dollars of those who found the game a year ago. Indeed, as restrictions are eased, individuals and families can return to restaurants, museums, the cottage at the beach, and more.

For course owners and managers, the emphasis must be on providing a solid experience, one that prompts a return visit — or several. This has always been the emphasis, he said, but now even moreso, with courses being presented with what would have to be a considered a unique opportunity.

“It’s really our obligation to make sure that experience is favorable,” Menachem told BusinessWest. “For those who are being reintroduced, or introduced for the first time, we’ve got to invite them back; we have to make them feel comfortable and cater to what their desires are. We have to do everything within our power to make sure that golfer on site has the best experience possible and keep them coming back.”

As we mark the one-year anniversary of the state of emergency in Massachusetts, we continue to take steps on our path forward.

Last week, legislators reached agreement on a COVID-19 package to support our business community as it begins to recover from the pandemic. The package would include two items that the Springfield Regional Chamber has been aggressively advocating for: unemployment-insurance rate relief and tax relief from the Paycheck Protection Program (PPP) loan proceeds.

The agreement would also exclude PPP loan amounts forgiven in 2020 from taxable gross income for those small businesses that are organized as pass-through entities. While Congress excluded these loans from federal taxation, without legislative action, these loans would have been taxed as income at the state level.

The agreement would also guarantee paid leave to employees who are sick with COVID-19, required to quarantine, or need to take time off to get the vaccine. As well, it will allow for state borrowing, through a temporary employer assessment, to ensure the solvency of the UI trust fund, which is projected to have a $5 billion deficit by the end of 2022, triggering higher increases in unemployment-insurance rates to remain solvent.

We applaud the Legislature for recognizing the long-term economic impact this pandemic has had on our employer community and to take these steps to support its recovery.

The federal government also recently took action, with the Senate approving a $1.9 trillion federal stimulus package. One item your chamber supports in this package is the state and local aid to help our region’s cities and towns as they deal with their own economic hardships resulting from the pandemic. As specific details around this aid remain to be seen, we will continue to watch this closely, as we believe this funding is critical to the fiscal health and stability of our communities.

The CDC has also issued much anticipated guidance for individuals who are fully vaccinated. As of last week, more than 715,000 people in Massachusetts have been fully vaccinated, ranking Massachusetts first among states with 5 million people or more for total COVID-19 vaccine doses administered. Massachusetts is currently in phase 2 of its vaccination plan, with teachers becoming eligible last week.

We have been through the wringer, and we know we have a ways to go, but these are all significant steps on our road to recovery and, we hope, the first of many more to come.

Stay safe and stay well. We can — and will — get through this together.

Nancy Creed is president of the Springfield Regional Chamber.

The ripple effects of the government shutdown have started to come to bear on employers.

Specifically, due to the partial government shutdown that began on Dec. 22, 2018, the E-Verify system is not available. According to the E-Verify site, operated by the Department of Homeland Security (DHS), “E-Verify is currently unavailable due to a lapse in government appropriations. While E-Verify is unavailable, employers will not be able to access their E-Verify accounts. We apologize for any inconvenience and look forward to serving you once we resume operations. For more information, see E-Verify Unavailable.”

In addition, myE-Verify will be unavailable, and employees will not be able to access their myE-Verify accounts.

To minimize the burden on both employers and employees, DHS announced that:

• The three-day rule for creating E-Verify cases is suspended for cases affected by the unavailability of the service;

• The time period during which employees may resolve TNCs will be extended. The number of days E-Verify is not available will not count toward the days the employee has to begin the process of resolving their TNCs; and

Further information about what is and is not available online can be found at www.e-verify.gov/e-verify-and-e-verify-services-are-unavailable.

The shutdown does not affect an employer’s responsibility to verify employment eligibility through the Form I-9. Employers must still complete the Form I-9 no later than the third business day after an employee starts work for pay and comply with all other Form I-9 requirements.

Once the government operations fully resume, DHS will notify employers with additional guidance regarding the ‘three-day rule’ and time period to resolve TNC deadlines once operations resume.

Mark Adams is director of HR Services for the Employers Assoc. of the NorthEast (EANE), an Agawam-based company that provides resources for organizations to maximize employee engagement and retention while minimizing risk.