Springfield Conservatory of the Arts Has an Intriguing New Home 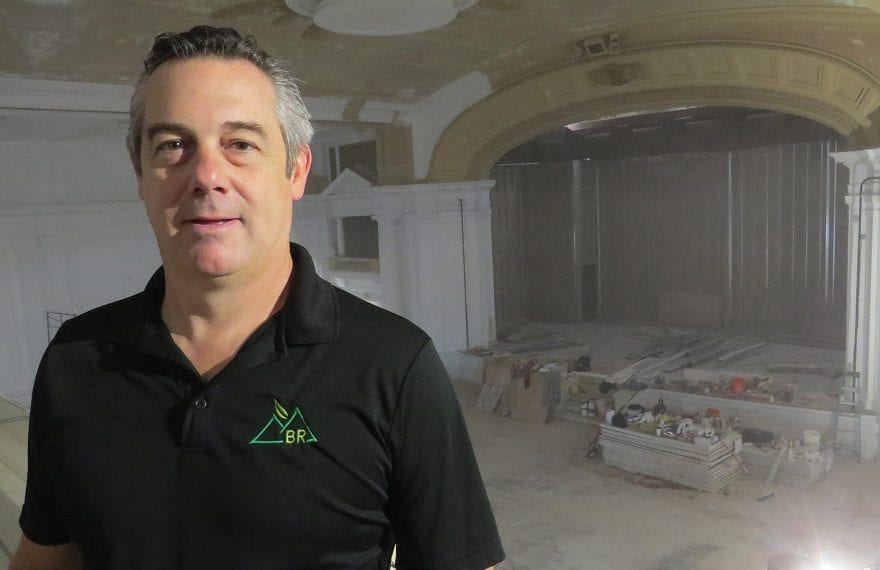 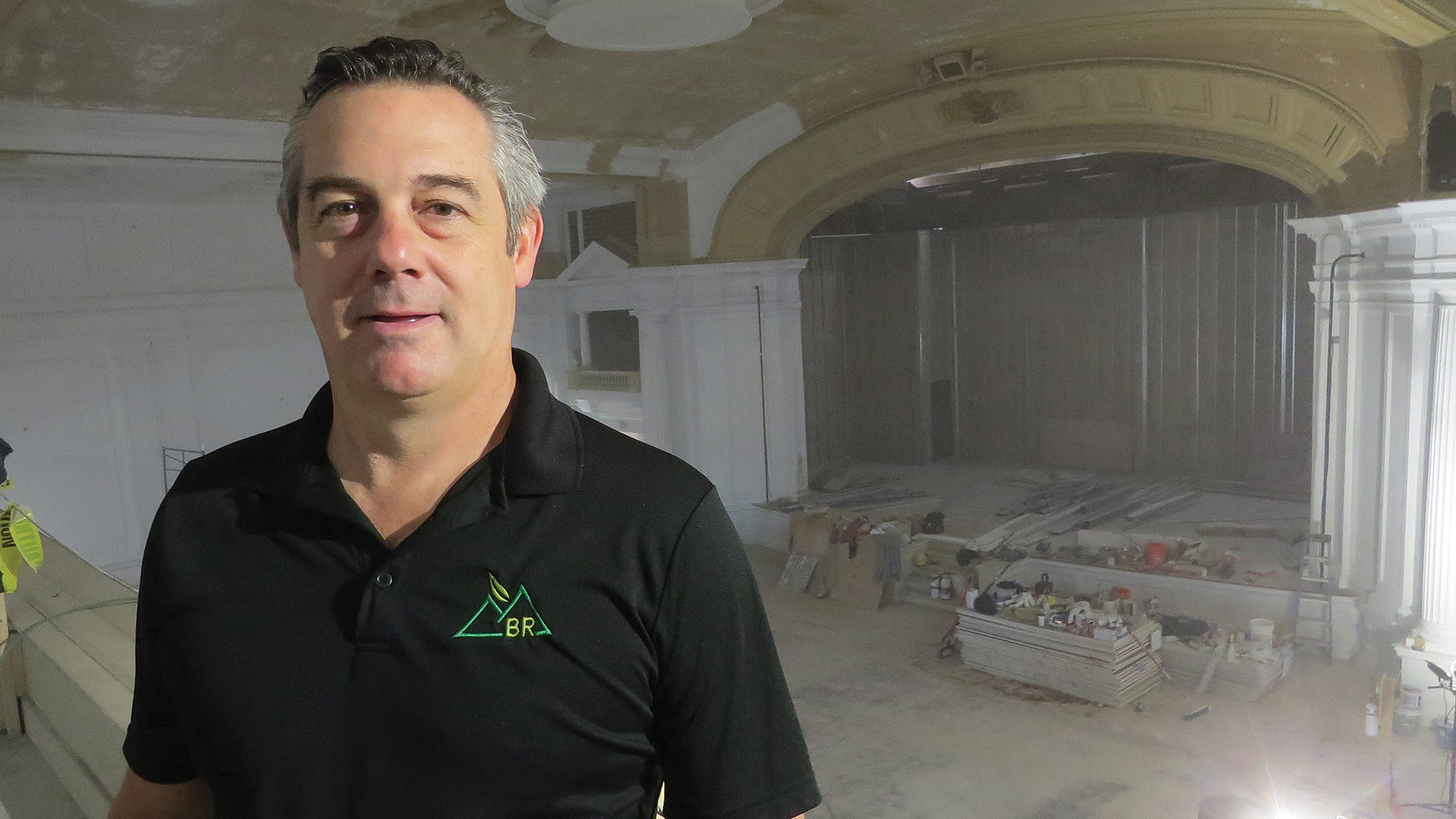 Frank DeMarinis stands in the balcony overlooking the stage of the massive auditorium in what will soon be the new Springfield Conservatory of the Arts.

What he could never understand is why.

Indeed, while many saw a property that was too big and too difficult to redevelop into something for the 21st century, he saw only potential.

“This is a piece of history — it is what you make of it,” said DeMarinis, owner of a number of businesses, with the lead being Westfield-based Sage Engineering & Contracting, adding that, when the property first came onto his radar screen and then into his possession (he acquired it for the bargain price of $100,000 from the church looking to unload it), he envisioned a boutique hotel to coincide with the arrival of MGM Springfield.

Those plans never materialized, but something different and with certainly greater implications for Springfield and its School Department did — conversion of the property into the new home of the Springfield Conservatory of the Arts, a magnet middle school and high school that, as the name suggests, offers an arts-infused curriculum and enables students to focus on their interest in the arts, whether they’re dancers, painters, musicians, or playwrights.

“The idea was to have a place for the kids who have an inclination for the performing arts to go to school,” said Conservatory of the Arts Principal Ryan Kelly, who arrived three years ago. “There’s now a place where singers and dancers and musicians can go to perform.”

At present, though, that ‘place’ — both schools are operating out of former Catholic schools, one in Indian Orchard (the middle school) and the other off Liberty Street — is limiting, and in all kinds of ways.

“Everyone’s really excited to have a 21st-century arts building; this will be a tremendous showcase for the city.”

Things will change in a … well, dramatic way come September, when both schools move into what will be a state-of-the-art facility created out of the cavernous spaces within the old Masonic temple, including the huge, nearly 1,000-seat theater on its fifth floor, previously known as the ‘sanctuary,’ now undergoing a significant facelift.

“It’s an awesome facility — it’s going to be a great performance venue,” said Kelly, adding that the theater is just one of the facilities that represent a tremendous leap forward for the school and its students. Others include a black-box theater for drama classes, a large, modern dance studio on the same floor as the theater, a recording studio, a media center, a tech lab, state-of-the-art classrooms, and more.

Actually, there will be two of many of these facilities, one each for middle school and high school, said Kelly, adding that the former will be located on the first and second floors, and the latter on the third and fourth.

The much-anticipated opening this fall will put a bright spotlight not only on the Conservatory of the Arts, which has enjoyed steady enrollment but should get a significant boost with this new facility, but also on one of Springfield’s forgotten architectural gems.

The Masonic temple has been vacant and unused for years now, said DeMarinis, adding that it had fallen into a significant state of deterioration by the time he acquired it. The exterior has been preserved, but the interior has been largely gutted and significantly altered — entire floors have been added — to repurpose the landmark for its new use. 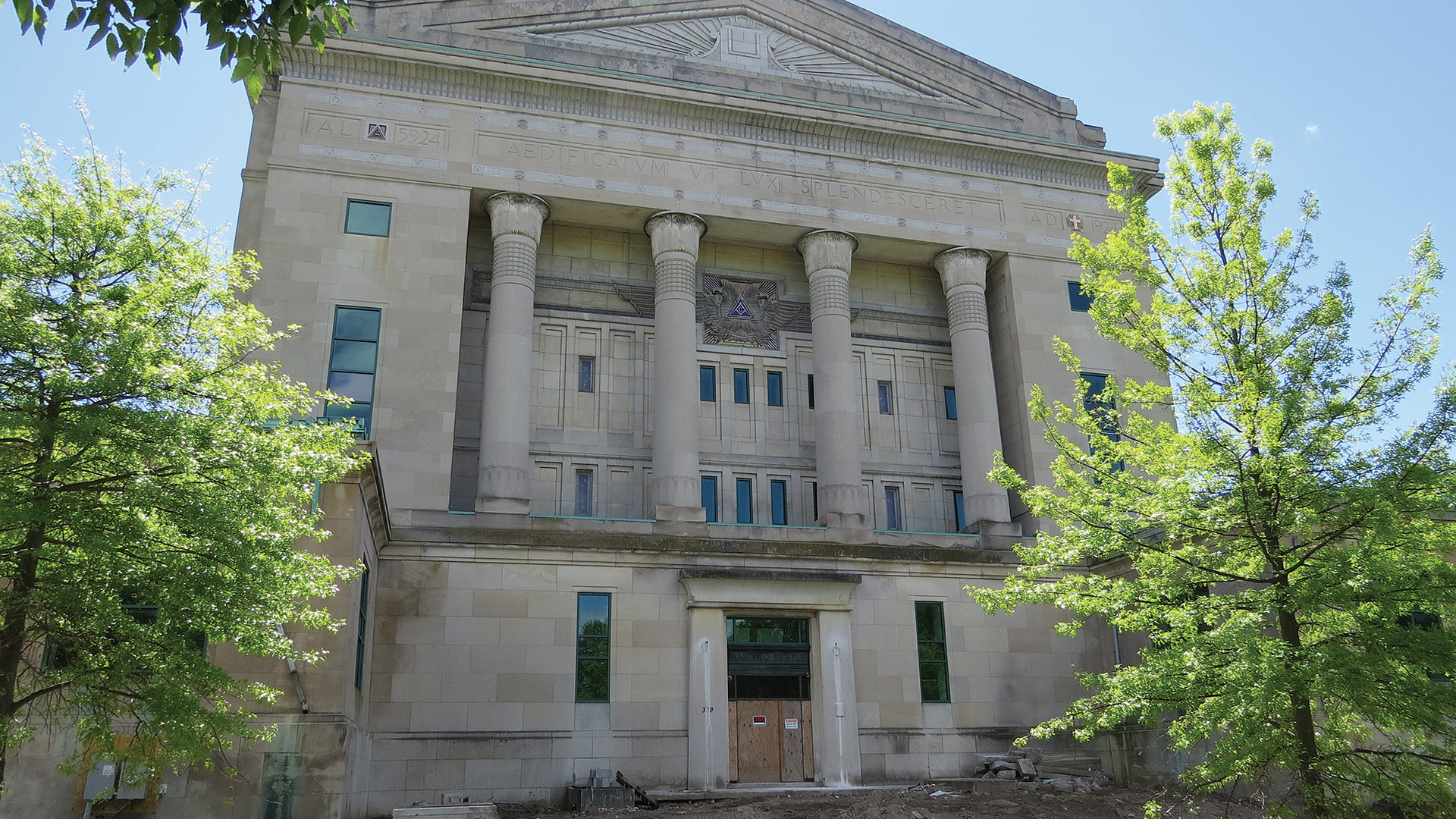 The Masonic temple on State Street has been mostly vacant and unused for many years, but it will now play a leading role in Springfield’s future.

For this issue and its focus on education, BusinessWest toured the work in progress that is the new Conservatory for the Arts to get a feel for how a big piece of the city’s past will play a large and intriguing role — that’s another arts-industry term — in the future of the community and the students who come through the facility’s doors.

As his tour stopped in what will be the teacher’s lounge, located on one of the upper floors of the new Conservatory of the Arts, DeMarinis pointed out the recently added windows on the west wall and, more specifically, the view they provide.

“You can see all of downtown Springfield,” he said, pointing out several of the landmarks, including the MGM casino.

With that, he noted that his original idea for the Masonic temple, a boutique hotel targeted toward high rollers, would have been an intriguing addition to the business landscape and, in his view, an almost-certain success story. He said he had some regret that those plans never materialized, but not much, because of what has emerged instead.

Flashing back roughly five years, DeMarinis said he was looking for his “next project” when the Masonic temple caught his attention, primarily because of its proximity to downtown Springfield and the announced site of the MGM casino.

There were already several ventures in his portfolio, including everything from the various Roots facilities in Westfield — an aquatic and fitness center and indoor and outdoor soccer fields among them — to an independent-living facility in Suffield to several distribution centers, including one for Utz potato chips. The temple offered the promise of further diversification.

“I toured the facilities, and it was in absolute shambles,” he recalled. “That’s why I picked it up really cheap.”

More than $1 million in cleanup later, including remediation of an asbestos-laden boiler room, DeMarinis was ready to look at potential opportunities.

One came his way with a request for proposals from Springfield school officials who acknowledged that a new home was needed for the school for the arts. They desired a location downtown, in or close to the “theater district,” as DeMarinis called it, a facility that would have state-of-the-art facilities and ample room for the school to grow.

DeMarinis said he had all that in the Masonic temple, and he also had a pricetag that others couldn’t approach because of the bargain price he paid for the property.

“It was a change of plans, but you adjust accordingly,” he said of his vision of the property. “I felt it was a much safer investment to work with the city.”

But getting the 88,000-square-foot, century-old temple ready for prime time has been a two-year process laden with challenges, from creating parking where there was none — a three-story garage was built behind the facility with room for 50 cars — to gutting and rebuilding the massive auditorium at the top of the building, to adding more than 100 windows to let natural light in.

The new facilities represent a quantum leap forward for the arts school, said Kelly, adding that he expects the new home to spark a rise in enrollment — the middle school is at or near capacity, but the high school is not — and also create much better learning and performance opportunities. 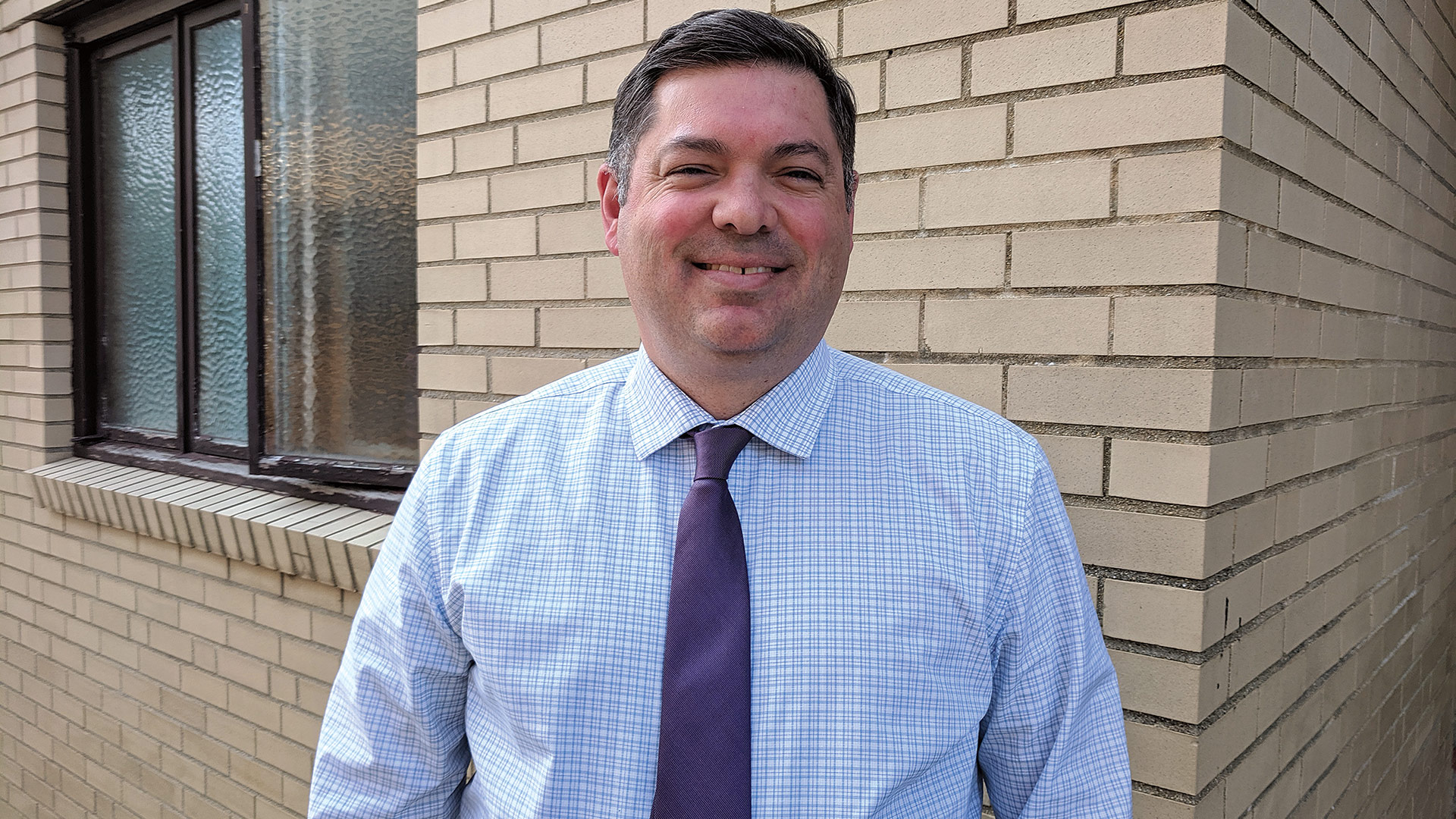 Ryan Kelly, principal of the Springfield Conservatory of the Arts, says the new facility will provide state-of-the-art learning experiences for students.

“It’s a real step forward,” he told BusinessWest. “The students will have real performance space, and we’re going to have full science labs, the auditorium for shows, a sound and recording room, a room with a greenscreen so we can make videos and newscasts … the facilities allow the teachers and the students to be more creative and express themselves more.

“We’re very much limited where we are,” he went on. “And now, the limitations will mostly be gone, so I’m really excited to see what the students can do with all this.”

To showcase the new school and reach full capacity (420 students, with current enrollment at roughly 350), Kelly said he’s forging plans to have fifth-graders, and perhaps parents as well, attend performances starting in the fall.

He believes the new building, and the learning experiences it creates, will inspire arts-oriented students to think about careers in that broad field and give themselves the best opportunity to pursue them.

“We figure that, if we bring them into the school, put on a show, and let them see the place, that should increase enrollment,” he said. “Everyone’s really excited to have a 21st-century arts building; this will be a tremendous showcase for the city.”

Referencing the current performance venues — the church basement and old gym — Kelly said they are woefully inadequate for what the school for the arts is trying to do with and for its students.

And that’s why the new facility is so important.

“It will enable them to be completely creative and just be released, and we’re really looking forward to that,” he explained.

Meanwhile, the Masonic temple is also being released. For decades now, it has been relegated to being a part of the city’s past, and, yes a white elephant.

Now, it has a starring role in the future of this intriguing school.