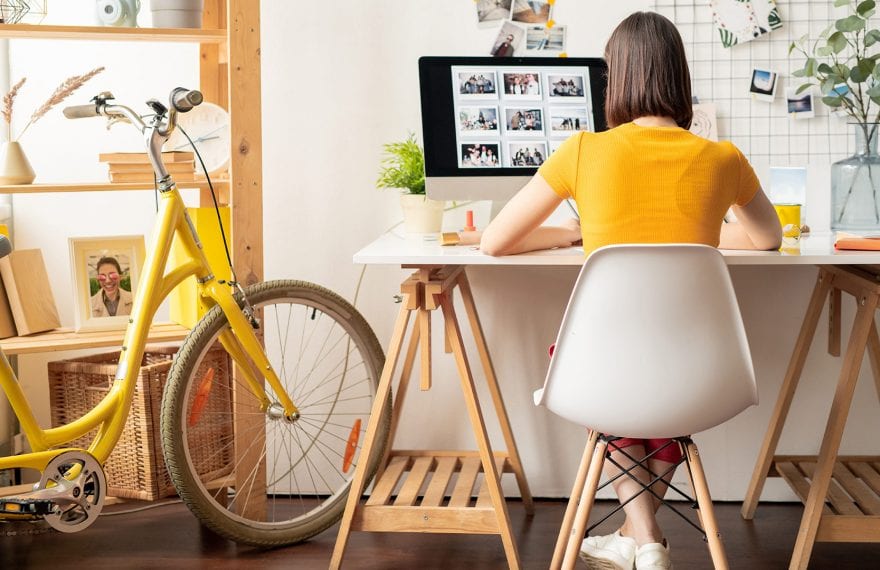 A few weeks ago, about 900 employees working at Better.com were asked to simultaneously attend a virtual Zoom meeting. They were probably expecting information about updated company policies or perhaps some sort of holiday bonus. Instead, Better.com CEO Vishal Garg notified all attendees during the three-minute video call that their employment was terminated “effective immediately.”

Apparently, Better.com, which is a popular online mortgage-lending service, claimed that hundreds of the employees who were let go had been “stealing” from the company by working remotely only a few hours a day. After videos of the termination meeting surfaced on social media, Garg faced significant criticism for his seemingly crass and heartless actions during the holiday season. He subsequently apologized, saying he “failed to show the appropriate amount of respect and appreciation for the individuals who were affected and for their contributions to Better.” He then took a leave of absence from work. “The bigger issue here seems to be that Better.com was not doing an effective job monitoring and motivating their remote workforce. This can certainly be a challenge when employees are home in their pajamas instead of in the office.”

There is a lot to unpack here from an employment-law perspective. For starters, was there anything unlawful about Better.com’s actions? Coldness aside, the answer is no, assuming none of the more than 900 employees were let go for discriminatory reasons, such as age, race, or taking medical leave (just to name a few). However, given the media spotlight on Better.com right now, I would not be surprised if at least a few of those fired employees brought lawsuits contending they were let go for unlawful reasons.

Let’s move on to the suspected stealing — can you fire employees who steal from you? That’s an easy one. Of course you can. But were these folks stealing by working less than an expected eight-hour day while at home? I don’t think they were. Employees often fail to work their expected hours in a day, week, or month, while being paid their full salaries at the same time. This is not stealing. Instead, it sounds more like a performance and time-management problem that should be addressed by managers and supervisors. If there is a significant gap between expected and actual hours worked, this could be a problem that warrants discipline or even termination from employment if particularly severe. But it should not be labeled or viewed as company theft.

The bigger issue here seems to be that Better.com was not doing an effective job monitoring and motivating their remote workforce. This can certainly be a challenge when employees are home in their pajamas instead of in the office. I have talked to executives who feel strongly that people simply are not going to get as much done at home because the temptation to slack off is too great. That may be so, but there are tools that businesses can implement to track and monitor employee work habits and productivity while at home.

For starters, daily Zoom meetings, or at least a few video calls per week, put people in the mindset of being at work while giving colleagues a chance to see and interact with their peers, even if it is through a video screen. Second, if a business has real concerns about employees slacking off at home, there are all sorts of employee-monitoring software products out there that do everything from tracking keystrokes to measuring time away from the computer. Just be sure these tracking tools do not run afoul of workplace privacy laws.

In order to satisfy these laws, you generally have to disclose to the employee that they are being tracked and/or monitored, which undoubtedly will cause concern to some of your workforce who feel ‘Big Brother’ is looking over their shoulder.

“The final and most important lesson brought to us courtesy of Better.com was how not to communicate a 900-person layoff to your workforce.”

The final and most important lesson brought to us courtesy of Better.com was how not to communicate a 900-person layoff to your workforce. Losing your job over a three-minute video chat alongside 900 peers is just awful. Many of those employees undoubtedly provided numerous years of service to Better.com. They were rewarded with no chance to ask questions about the layoff decision, no chance to talk about other opportunities within the organization, and apparently no offer of severance to get them through the holidays. Garg faced severe criticism in the media for his callous approach to firing 900 people at once — and deservedly so.

But is there an easy way to tell people they are getting laid off? No, there is not. But there is a right way and a wrong way. The wrong way was illustrated by Garg — cold and impersonal, and showing no signs that you care in any way about the employees’ future endeavors.

Based on my experience, the right way to conduct a layoff involves three things. First, employers need a polished communication strategy that involves one-on-one meetings with affected employees that gives them an opportunity to have some real dialogue about the decision-making process and suggestions for future success with another company.

Finally, providing some severance to affected employees is always recommended. This may not be an option if the reason for the layoff is driven by financial considerations, which is often the case. Even so, severance should absolutely be part of the conversation when thinking through a layoff, and, in my opinion, should be offered as a gesture of goodwill unless the bottom line just will not allow for it.

John Gannon is a partner with Springfield-based Skoler, Abbott & Presser, specializing in employment law and regularly counseling employers on compliance with state and federal laws, including the Americans with Disabilities Act, the Fair Labor Standards Act, and the Occupational Safety and Health Act; (413) 737-4753.