The ‘Tuition Claw Back’ 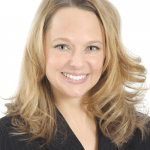 If you find yourself financially struggling while you are paying for your child’s college education, filing for bankruptcy protection may have a greater impact than you might expect. The concern is a newer trend that may be employed by bankruptcy trustees called the ‘tuition claw back.’

The tuition-claw-back scenario looks something like this: you have an adult child in college, and you have paid some or all of your child’s tuition and other costs and expenses for a few years.  As time passes, you find yourself struggling financially because you have accrued a great deal of unsecured credit-card debt trying to make ends meet. You file for Chapter 7 bankruptcy protection to discharge your credit-card debt. As a bankruptcy debtor, your financial transactions within the recent years become a matter of public record, and the bankruptcy trustee appointed to administer your case learns that you have been paying tuition and related college costs, but not other creditors.

The trustee files a lawsuit against your child’s college demanding that the payments made over the last few years be returned to the bankruptcy estate to be distributed to creditors of the bankruptcy estate in accordance with the priority prescribed by the Bankruptcy Code. Your child still has one year of college left.

The concept of a tuition claw back is quite alarming and worthy of serious consideration if you are contemplating bankruptcy and have paid college tuition for a child in the past few years. This certainly does not seem fair to the innocent child or college.

While some commentators are critical of the seemingly unsavory actions of the bankruptcy trustee, the reality is that the bankruptcy trustee is required by law to pursue transfers that may result in recovery of assets for the benefit creditors of the bankruptcy estate. The public-policy argument in support of the tuition claw back is that it would be unfair for the adult child’s college to receive the parent’s payments to the detriment of the parent’s creditors, given that the parent is not legally obligated to pay for the child’s college and the parent does not receive any benefit from the child’s education.

The next logical question is, what is the legal basis of the tuition claw back? The theory is based upon a state’s ‘fraudulent transfer’ laws, utilized in conjunction with the Bankruptcy Code to avoid the monetary transfers and recover them for the bankruptcy estate.

The word ‘fraudulent’ can be a bit of a misnomer. Clearly, the parent in this scenario is simply attempting to act in the best interest of the child and not to defraud anyone. Nevertheless, when a debtor has transferred money at a time when the debtor is financially insolvent, or rendered insolvent as a result of the transfer, and the debtor has not received consideration for the transfer — as an example, reasonably equivalent value in the form of a personal benefit — the transfer falls under the scope of the statute and has been called ‘constructive fraud.’

Under the Massachusetts fraudulent-transfer laws, the trustee may avoid and recover transfers going back four years from the date of the bankruptcy filing. This could amount to significant recovery for the bankruptcy estate’s creditors.

Currently, the issues presented here have not been reported in any published decisions in Massachusetts. However, there is at least one case pending in Massachusetts against Sacred Heart University, and several other claims have been made by trustees but ended in a settlement prior to trial. There are numerous reported decisions from other states’ bankruptcy courts. However, there is a split in authority as to whether tuition payments may be avoided and recovered on the basis of non-economic consideration. For example, might love and affection or family obligation satisfy the consideration issue?

The question as to what constitutes ‘reasonable equivalent value’ has been the focus of these cases. In Pennsylvania, two bankruptcy courts have ruled that non-economic benefits are satisfactory consideration, and therefore the trustees could not recover the payments. In one case, the court held that payments were “reasonable and necessary for the maintenance of the debtor’s family.”

In the other case, the court held that the “payments were made out of a reasonable sense of parental obligation,” noting that “there is something of a societal expectation that parents will assist with such expense if they are able to do so.” Conversely, in Michigan, a court noted that the parents had no legal obligation to provide their adult child with a college education and allowed the trustee to recover the college payments because any value received by the parents must be a concrete and quantifiable economic benefit.

Many trustees, lawyers, debtors, and colleges are eagerly awaiting a Massachusetts bankruptcy-court decision to settle the law in Massachusetts and provide guidance. Until then, suffice it to say, those who find themselves in a similar situation should discuss the matter with qualified bankruptcy counsel, as strategic options or defenses may be available. u

Attorney L. Alexandra (Alex) Hogan is an associate with the Springfield-based firm Shatz, Schwartz and Fentin, P.C., and concentrates her practice primarily in business, litigation, and bankruptcy law;  (413) 737-1131; [email protected]