Bay Path Initiative Is Designed to Position Graduates for Success 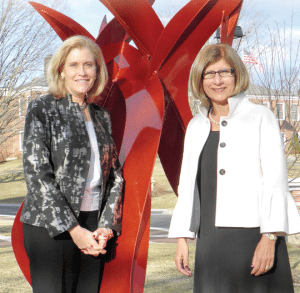 It’s called WELL, short for Women as Empowered Learners and Leaders, a new program at Bay Path College in Longmeadow designed to test and enhance leadership skills. It’s part of a bold initiative to reposition the school as ‘the new American women’s college for the 21st century,’ an endeavor launched with the goal of enabling women to seize the opportunities that await them in what Bay Path’s president calls “the New America.”

Carol Leary wants to plant a stake in the ground that will distinguish Bay Path College as a learning environment where graduates can master the skills and rounded education necessary for success in what she calls “the new America.”
That stake is grounded in ethical behavior, good citizenship, financial literacy, a solid academic education, and the knowledge that volunteerism and health and fitness play a vital role in a woman’s well-being. “We want to become known as ‘the new American women’s college for the 21st century,’” Leary said.
To that end, faculty, staff, and college officials at the Longmeadow campus spent 10 months taking a thoughtful look at their course offerings as well as the skills graduates will need to transcend barriers in the future.
“We began looking at our evolution, and realized our history included some very interesting and bold initiatives that changed the status quo in many ways,” Leary said. “We have been educating and advocating for women since 1897, and the DNA of Bay Path is very entrepreneurial, so we had to take a close look at our environment to figure out how to best serve our population. The America of tomorrow will be a very different place, so we also had to determine what it will be like, as well as what we could do to promote the advancement of women to meet the demands of the workforce in the future.”
Although women have made many gains in recent years, there are still arenas where tremendous opportunity exists, Leary told BusinessWest.
“Women have so much potential to go further in business, science, law, and heath-related fields, and will play a critical role in the future of this country,” she explained, citing statistics to back up her statement. “About 50% of all professional and management positions in this country are held by women, yet women hold very, very few of the top leadership positions. There are eight women CEO’s in Fortune 500 companies, but that only accounts for 3.6% of the positions. And although 60% of college students are female, only 26% of college presidents are women. The glass is half-full, so women will have the opportunity to achieve these positions in the future.”
Transforming this vision into reality is an involved process, but everyone at Bay Path is excited about it. Their new program, known as WELL (Women as Empowered Learners and Leaders), contains a revamped curriculum and speaks to the broad goals the school has outlined.

Building Confidence
WELL, launched in September, includes mandated courses, or ‘destinations,’ for each year of study. However, the focus of the program is rooted in liberal arts. “We believe that studying liberal arts gives students a depth, breadth, and appreciation of the world,” said Leary.
The first WELL course, which all students take during their first semester, teaches them about leadership styles. They figure out their own style and identify their passions as they learn to work in collaboration with others. Leary said understanding leadership styles, which range from authoritarian to laissez-faire, can go a long way when employees work on projects with people whose styles differ from their own.
“We want to create a learning environment with many opportunities where students can test and enhance their leadership skills,” said Leary. “They need to learn how to hone these skills in a way that helps them achieve their dreams; we want women to dream boldly about what they want to do with their lives.”
She explained that this does not mean every woman needs to become a CEO. “But when they see a problem, we want them to step out of their comfort zone and say, ‘I will make a difference in this person’s life or change the way things are being done.’ The whole environment we are trying to create is so much broader than what students can learn inside a classroom.”
Leary has an open-door policy and often invites students into her office to talk about how they can facilitate change on campus. If they want to start a new club, she urges them to create a business plan to “solve the problem” and bring it back it back to her.
About six months ago, she gave an international student the title of ‘presidential ambassador’ and had her put together a plan detailing how the college could attract and recruit more international students.
In addition, a freshman was paid an hourly fee to interview students and find out what they thought when they heard the words “new American women’s college.” The student was given a deadline for the project, which included research to determine the number of students she would need to interview from each class to get a fair representation.
“We’re creating an environment with expectations. During our open house, we tell the young women that each one of them has incredible potential,” Leary said, adding that adult learners in their One Day a Week Saturday program say Bay Path has given them a second chance at success.
“The WELL program helps students find their voice as women so their inner spirit can be translated into leadership and they can take the initiative and solve problems,” she continued. “We want them to be willing to volunteer and be part of a team. If we create an environment where their potential is valued and we show them that we believe in them, they will soar to incredible heights.”
Kathleen Bourque, vice president for Institutional Advancement, agreed.  “A lot of women have never stopped to take stock of their own value. We want to give them that opportunity and also give them experiences that will allow them to grow.”

Practical Matters
During their sophomore year, students will take a course in financial literacy, which is especially important since the majority of women in the undergraduate program are first-generation college students. “We want to make sure they know how to invest for retirement and do so immediately after they get their first paycheck,” Leary said.
The course will also teach students how to read the fine print in contracts, whether they are purchasing an automobile or signing a rental agreement or home mortgage. “Some of our students don’t know how to balance a checkbook. They need to have these skills to become financially independent and be able to support themselves and their families,” she explained.
Health and fitness is another area WELL addresses. “If you model fitness to young people, they will incorporate it into their lifestyle and continue it when they have families,” Leary said. Their program includes education about nutrition, so the calorie count and salt content is listed on the menu of foods served in the cafeteria. Fitness instructor Rob Panetti also creates a daily list of ‘Rob’s picks,’ or food choices he recommends, and often sits with students while they eat to discuss their diets.
In addition, “when we introduced a boxing class, 90 students signed up,” Leary said, attesting to the enthusiasm the program is generating.
The college has also added a number of new offerings designed to provide more life skills. They include a Toastmaster’s group to enhance communication skills, and new fields of study, including majors in neuroscience and biochemistry, which will be introduced next fall. Bay Path is also in the process of getting the accreditation needed to offer a master’s degree for physician assistants, and a new online completer program was launched in January that allows women to transfer up to 60 credits (which can include credits for life experience) towards a bachelor’s degree.
“Women will play a greater role in the new America, and these programs will respond to the needs of the future of this country as well as the region,” Leary said. “The new America will be diverse and a place where people will need to think globally every day and understand how we fit into the global economy.”
Ethics is another area incorporated into the WELL program. In the past, students signed an honor code on their first day of classes agreeing to behave in an ethical manner. But the new program will take things a step further by introducing ethical dilemmas graduates may face in their chosen professions. “Ethical behavior is one of the most critical things we can teach,” Leary said.
The plan is to rotate the chair in ethics between academic departments so students in different disciplines can be exposed to situations they may face in the workplace. Faculty members will also be available to speak about the topic in public schools, which reflects Bay Path’s focus on community service.
“That value is introduced the day students arrive on campus,” Leary said, explaining that every new student must take part in a community-service project. Endeavors have ranged from working at Goodwill Industries to reading to children at Square One in Springfield, to cleaning up embankments along the Connecticut River.

Enhanced Tradition
On the first day of classes each year, the school holds an ‘awakening’ ceremony that begins at about 5:30 a.m. Students and staff members gather in a circle after walking around campus with lit candles, and speeches are given about the alpha and the omega — beginning and end — of their life on campus. “We use the circle as a symbol of community,” Leary said. “It’s a very moving experience, and one that is very spiritual.”
The ceremony is also an introduction and segue into ‘the new American women’s college for the 21st century,’ a place where dreams are born, and also where education encompasses the critical values, knowledge, and skills students will need to fulfill their potential on a rapidly changing planet.

‘Where the Rubber Meets the Road’ 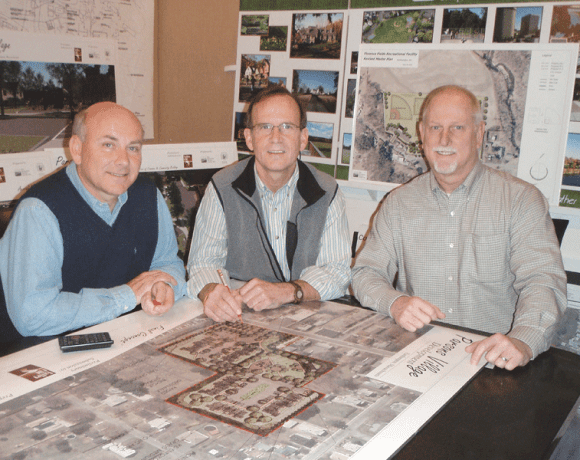