A Solar Boom in the Pioneer Valley 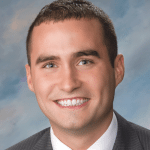 All across the four western counties of Massachusetts, solar farms are popping up on previously unutilized or underutilized land. This green technology that was once seen as an energy source of the future is thriving in Massachusetts because the Commonwealth has created financial and permitting incentives that have created a growing solar industry.
Massachusetts has become a leader in the nation for the development of solar facilities because of increased by-right zoning in municipalities, solar renewable-energy certificates, net-metering credits, federal tax benefits, and local payment in lieu of tax agreements.
What follows is a primer on these solar-power incentives, and the apparently bright future of this technology.

By-right Zoning
Massachusetts General Laws Chapter 40A, Section 3 prevents all municipalities from “prohibiting” or “unreasonably regulating” small solar-energy systems such as those commonly installed atop a home or business. However, it is not clear whether ths section applies to the construction of large-scale, ground-mounted systems which are commonly developed for private commercial purposes.
Purportedly to make up for this discrepancy and to promote green technology, the Commonwealth has made it financially lucrative for municipalities to remove zoning barriers for commercial solar developments.
In order to satisfy the Massachusetts Green Communities Act of 2008 and to be eligible for millions of dollars in state grant funding, municipalities must enact as-of-right zoning for solar photovoltaic  (PV) installations that utilize ground-mounted systems which individually have a rated name-plate capacity of 250 kW (DC) or more. Cities and towns across the Pioneer Valley that are anxious to become eligible for these state funds have enacted the expedited ‘by-right’ zoning process for large-scale PV installations.
As a result, the permitting environment is now more certain for solar developers who have long seen Massachusetts as an untapped market. To sweeten the pot even more for solar developers, the state has passed legislation allowing for the solar companies to re-sell the energy it harnesses from solar developments.

Solar Renewable-energy Certificates
Massachusetts retail electric suppliers are required to buy solar renewable-energy certificates (SRECs) for an increasing portion of the electricity that they deliver each year. SRECs are created as qualifying solar installations generate electricity.  One SREC is created for every 1,000 kHn (1 MWH) of electricity generated by a qualifying Massachusetts PV array. This has created a market demand for SRECs.  The owner of a solar PV array can sell SRECs generated by the project directly to the retail electric supplier or work with a broker who will help them identify buyers of the SRECs.

Net Metering
Additionally, customers of Massachusetts’ investor-owned utilities — National Grid, NSTAR, Western Massachusetts Electric Co., and Unitil, have the option of selling net excess electricity generated from a qualifying solar project via net metering. Net metering allows a project host to offset its electricity usage with electricity generated on site, reducing the amount of electricity the customer must buy from the distribution company. Electricity produced which is greater than the amount used by the PV facility can be sold in the form of a credit to another customer.

Federal Tax Benefits
Qualified solar PV projects are eligible for a federal investment-tax credit of up to 30% of eligible system costs if installed by Dec. 31, 2016. Additionally, under the federal Modified Accelerate Cost Recovery System (MACRS), businesses are able to recover investments in eligible solar PV through a six-year accelerated depreciation schedule. Moreover, for systems that were installed in 2012, bonus depreciation is available — businesses were able to depreciate 50% of the value of the system in the 2012 tax year.

Property-tax Benefits
Some Massachusetts towns have provided property-tax relief for large-scale solar arrays through payment in lieu of tax (PILOT) agreements. Under current Massachusetts law, municipalities have the discretion to tax energy-facility equipment or to negotiate PILOT agreements. However, the future of state law on this matter is uncertain, as there have been recent attempts to mandate a PILOT system for solar developments.
Recently proposed energy legislation on Beacon Hill would have exempted certain renewable-energy facilities, including commercial solar facilities, from local property tax, leaving communities with tax revenues equal to only 5% of electricity sales. After aggressive lobbying from the Massachusetts Municipal Assoc., that provision of the bill did not make it into the final law; however, the attempt to further incentivize solar developments through mandated local property-tax relief appears to be an ongoing discussion in Massachusetts.
The Commonwealth has emerged as a leader in the nation for the development of solar facilities; however, navigating the complex and ever-changing regulatory environment for solar development requires the assistance of experienced legal counsel. Interested renewable-energy businesses and private investors, as well as potential landlords and sellers of land for solar facilities, should speak with an attorney before pursuing a solar development in Massachusetts.

Attorney Michael A. Fenton is an associate with the Springfield-based firm Shatz, Schwartz and Fentin, P.C. He concentrates his practice in the areas of business law, real-estate development, and estate planning. He has served on the Springfield City Council since 2010, and was elected president in 2014; (413) 737-1131; www.ssfpc.com

Courses Look to Take Full Advantage of an Early Start

Giving Yourself a Gift