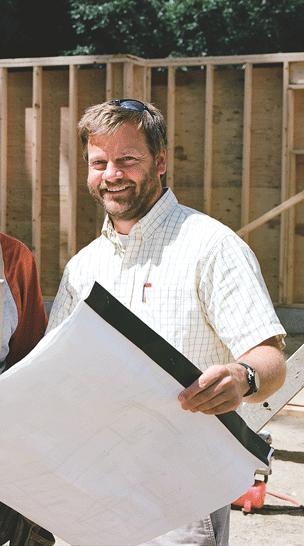 Kevin Rothschild-Shea launched his architecture firm seven years ago, just as the economy was starting to sour. But, though a combination of diversity, flexibility, and a commitment to service, he has seen his business not only survive, but grow. It helps that he’s got a number of what he calls “socially responsible” jobs under his belt, as he has a passion for working with clients who serve people in need.

Kevin Rothschild-Shea has designed buildings for a wide variety of residential and commercial clients, but he takes particular pride in projects with a social benefit.

Take the child-care center his firm, Architecture EL, designed in Chicopee for the Valley Opportunity Council. “They’re very excited to see a new building replacing a very small, old, out-of-date structure,” he said of the partially state-funded project. “For us, it’s a nice little job, but for them, it’s a big project that’s been a long time coming.

“It involved creating a space that’s bright and clean — not just a room, but a room that creates an opportunity for learning and positive experiences,” he went on. “For some of these kids, it’s the nicest place they’ll get to go all day.”

He also cited the E. Henry Twiggs Estates, a 75-unit affordable-housing project in the Mason Square neighborhood of Springfield. The client, Home City Housing, is a “great organization with the goal of maintaining affordable housing for people in the area. That’s a really significant project that we’ll be drawing through the wintertime, and we hope to start construction in late spring or early summer.”

Meanwhile, “we did some work with the Community Survival Center in Indian Orchard — space planning, space analysis,” Rothschild-Shea explained. “They’re an organization that continues to grow and provides a great service to people in need. I feel fortunate I’ve been able to work with them.”

Rothschild-Shea uses the word ‘fortunate’ often, occasionally applying it to the success of his own company, which he launched in 2008, into the teeth of an economic meltdown, followed by a lengthy recession. But he says he’s happy to be very busy today.

“The economy is typical of Western Massachusetts — there seem to be hot spots,” he said. “I’ve been busy while other people have been slow, and I’ve been slow while I’ve seen others swamped. It’s hard to get a read on it. So maybe I should just keep working.”

That said, “we’ve been pretty fortunate. We’ve had a good variety of work and great clients, and we were fortunate to survive the recession, and not only survive, but we managed to grow,” he went on, noting that the company has expanded from a two-person operation in 2013 to five employees today, and recently moved into new offices that effectively doubled its physical space. “That’s a good sign of our growth and the work we have on our plate.”

Rothschild-Shea has told the story of how he loved helping out around the house as a child, which inspired him to pursue a creative, hands-on career. After graduating from Roger Williams University in Rhode Island, he took a job with a small architecture firm for 18 years before deciding to strike out on his own. “I just jumped in feet first and said, ‘let’s get to work.’” 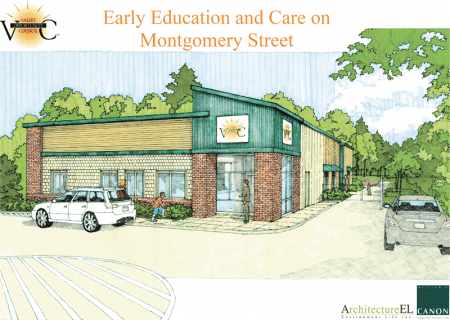 A rendering of the new Valley Opportunity Council early-education center in Chicopee.

Architecure EL — the acronym stands for Environment Life — was built on the idea of direct design. It’s more common than ever, in fact, to partner with owners and contractors in the design and construction of a building, whereas, a decade ago, those elements were bid separately. “The construction-management type of partnership atmosphere is much more common than we saw in the past.”

Setting up shop in East Longmeadow, he said, many customers assume the EL is an acronym for the town, “but the reality is, we want to be environmentally friendly, energy-efficient, and design the best space we can that’s comfortable to work and live in.”

Meanwhile, the industry — reflected in both customer demands and Massachusetts codes — is increasingly making green-friendly building the standard, not the rule, he said. “The codes require pretty high-performing buildings as a baseline. But from there, we always want to do better.

“When we were starting out, our simple approach was to do good design that was responsive to our environment, sensitive to the world we live in, whether that means making homes energy-efficient or salvaging materials and recycling building products.”

That’s the ‘E’ in a nutshell. The ‘L’ stands for life, and is a more amorphous idea, but just as important. “That’s the whole experience — making a space comfortable, whether it’s your house or office or truck-repair center. The core is making it rewarding to work or live in that space.”

Rothschild-Shea has weathered varying economic climates, he said, by focusing on personal service — working closely with clients from design conception through construction and occupancy — but also on flexibility and diversity, taking on most any type of proposal.

“We are pretty diverse for a small practice — everything from small studies and accessibility projects and single-family additions and renovations right on up to significantly scaled commercial and residential work,” he said.

For example, this past year saw the completion of Marcotte Ford’s commercial truck center in Holyoke, a 17,000-square-foot, 160-bay facility unlike any in Western Mass., he noted. “It can handle pretty much any vehicle — a lot of municipal and police work, SWAT vehicles, ambulances, right on up to big transport vehicles like retirement homes have.”

As part of the Ford’s ‘landmark design’ program, Rothschild-Shea’s firm will also handle Marcotte’s next job, which is giving its main showroom a facelift, expanding some office space, and completely renovating the service center.

“We’re also continuing to do small office improvements for the Insurance Center of New England,” he noted. “We worked with their Agawam branch a year or so ago, and now we’re doing some improvements at an office in Gardner.” 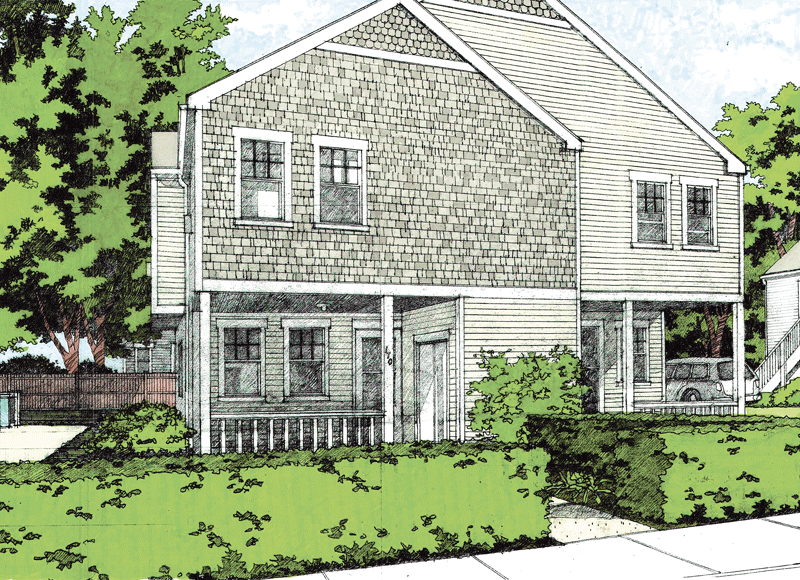 A rendering of one of the affordable-housing units at the E. Henry Twiggs Estates, a Springfield project set to begin construction in 2016.

Architecture EL also designed Hatfield’s town offices, with an opportunity to bid on additional work coming up in the next year or two. The firm designs plenty of residential work as well, including a recent project on the Connecticut River for a retired couple, replacing a small cottage.

Whatever the job, Rothschild-Shea said, “the core of it is good service. Being small, we’re able to be responsive and efficient and more economical with our time than perhaps a larger company.”

When asked what drives him the most, Rothschild-Shea paused for a moment before answering simply, “the problem solving.”

“For me, whether I’m designing a house or a service center, success lies in coming up with solutions — whether it’s creating an economical space, or one that’s energy-efficient, creative, comfortable, whatever. It’s taking the physical constraints and the site constraints and massaging that into a successful solution.

“That’s the core of what we do,” he went on. “All the imagery and design and final product are byproducts of solving a problem. That’s the core of good service — understanding the problem and solving it in a creative architectural fashion.”

It’s easier to focus that passion on each job now that the economy has improved, the construction industry is warming up, and architects are focused on more than survival.

“We’re seeing some great municipal work happening recently — maybe not as many schools as before, but there’s a fair amount of public work out there,” he said. “The economy seems to be strong and moving, and we’re looking forward to more of that socially responsible work we’ve been fortunate enough to do. We’re certainly looking forward to expanding on that, whether it’s affordable housing or things like the Survival Center.”

Meanwhile, phase two of the Twiggs project is coming online as well — just one more opportunity for Rothschild-Shea to do well for clients that are doing good.

“I’m fortunate I get to jump on board with these organizations that existed long before I did, and help support their missions,” he told BusinessWest. “There are still a lot of gaps in the economy, and so many people continue to struggle, and it’s nice to help fill in those gaps.”

After all, “people have to live and work in what we draw,” he went on. “So it’s a responsibility on a lot of levels; it’s not just a contract, per se. It is a nice feeling, like we’re making a difference.” 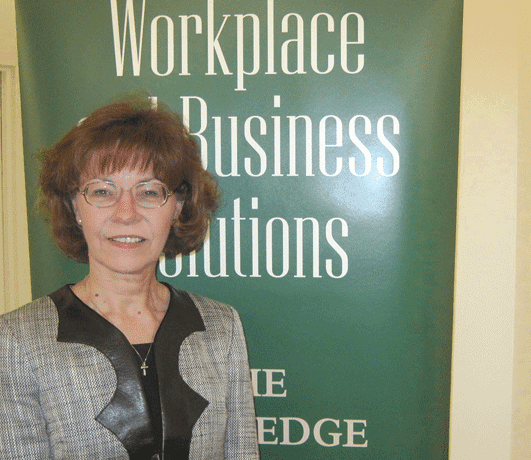 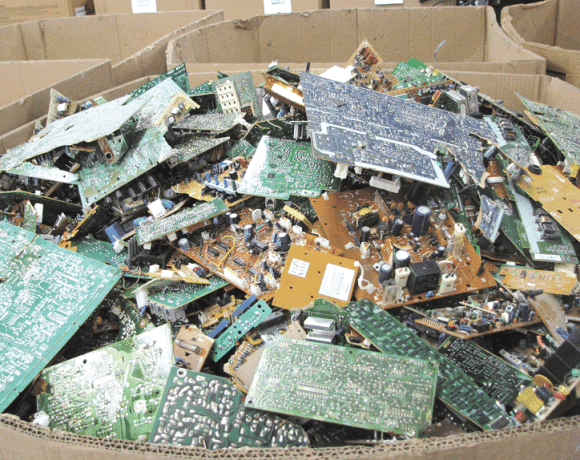