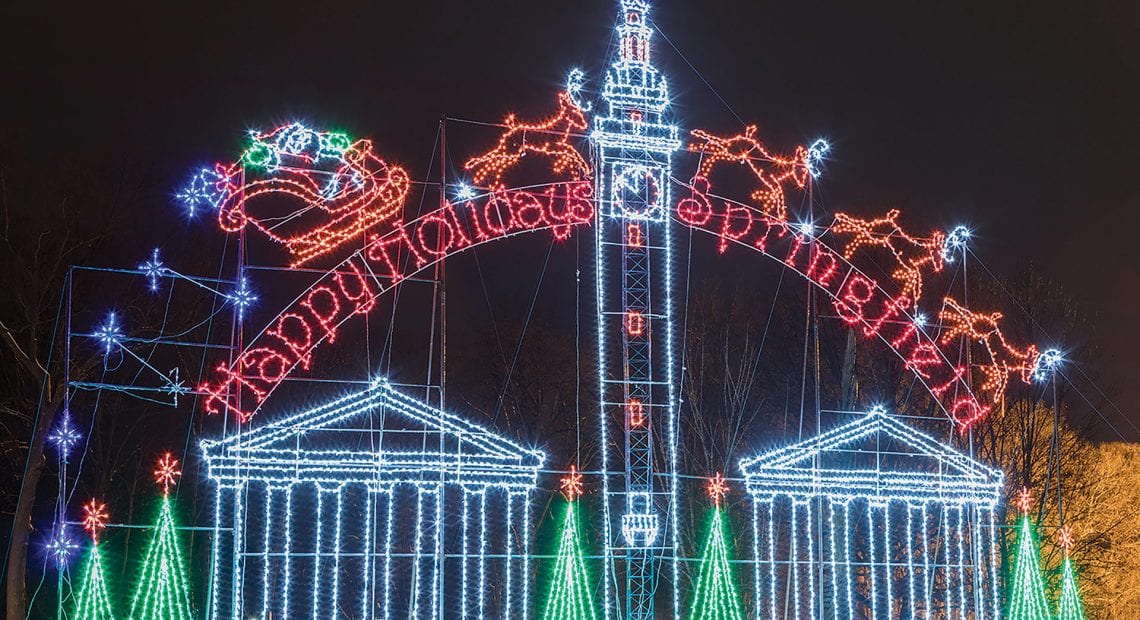 As It Marks 25 Years, Bright Nights Displays Power of Collaboration 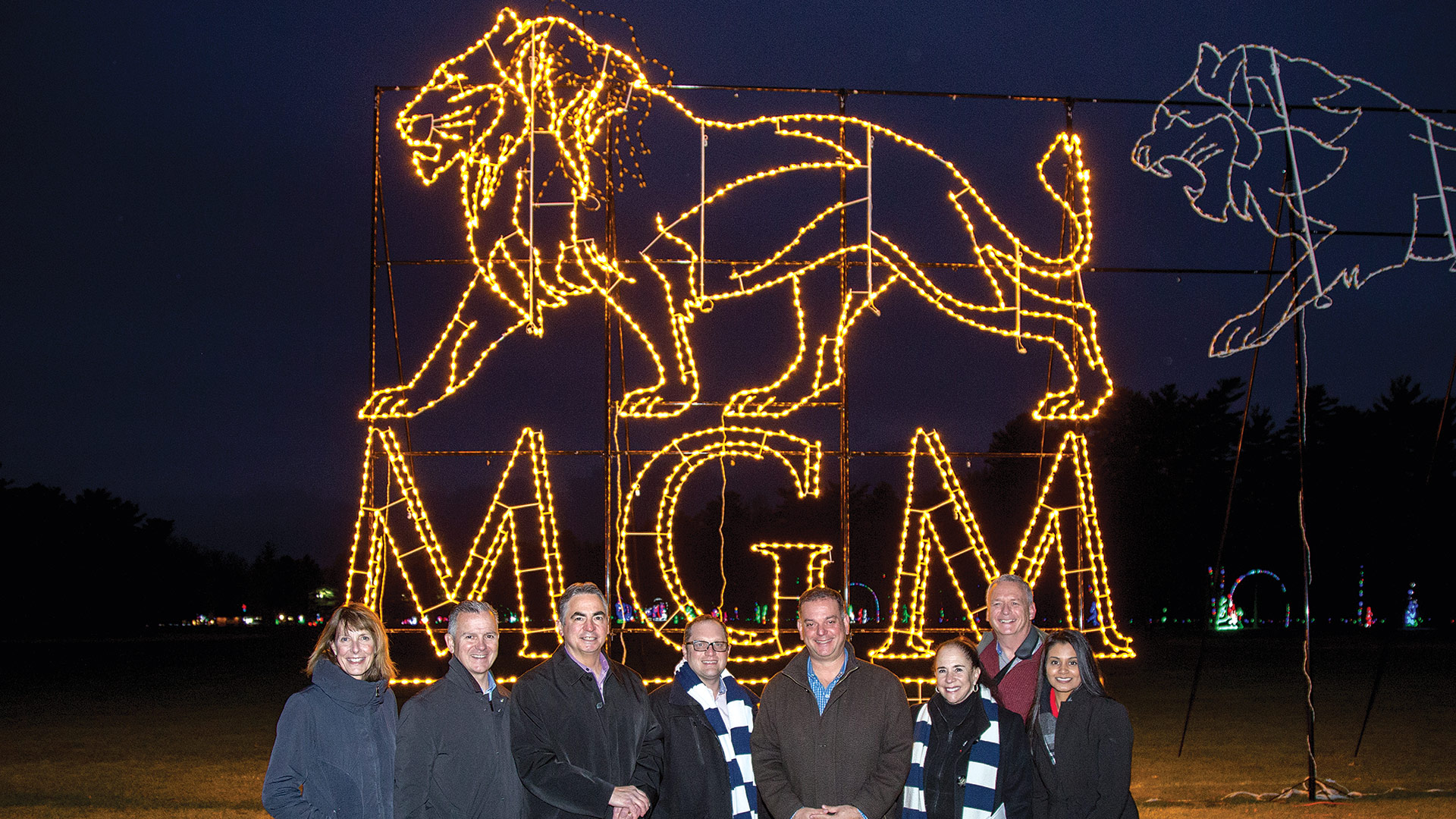 The MGM lion is the latest addition to the portfolio of displays at Bright Nights.

Judy Matt had been tracking the results daily, almost hourly, and then … she couldn’t any longer.

So, she’ll have to wait, like everyone else, to see how Bright Nights at Forest Park fares in this year’s USA Today competition to determine the top 10 holiday lighting shows in the country.

When she was last able to check the tabulations before the magazine stopped running a count — presumably to build suspense for the Dec. 13 announcement regarding this and some other contests — Matt noted that Bright Nights was running fourth, behind such vaunted displays as the Legendary Lights of Clifton Mill in Ohio, the Bentleyville Tour of Lights in Duluth, Minn., and Christmas Town USA in McAdenville, N.C.

“We were doing very well in the polling, and I think that certainly says something about Bright Nights, how far we’ve come, and how it can help put Springfield on the map,” said Matt, president of Spirit of Springfield, which manages the display. “We’re now certainly among the top displays in the country.”

But regardless of how it fares in the final vote, Bright Nights, now marking its 25th year, will always having something more to celebrate — the manner in which it has become a holiday tradition in this region, now already touching a number of generations of area residents and visitors alike.

“When we started out, we certainly weren’t thinking about winning any awards or anything like that,” said Patrick Sullivan, executive director of Parks, Buildings, and Recreation Management in Springfield and one of the architects of Bright Nights, while acknowledging that he has voted online every day in the USA Today competition, as the rules allow. “We just wanted to create a lighting display, something for families to enjoy during the holidays.”

To say that those involved have succeeded in that mission would be a huge understatement. Bright Nights has become one of the leading tourist attractions in the region, visited by more than 300,000 people and some 30,000 cars and buses annually. Those visitors come from around the corner, across the region, and well outside it, as license-plate-tracking efforts show. 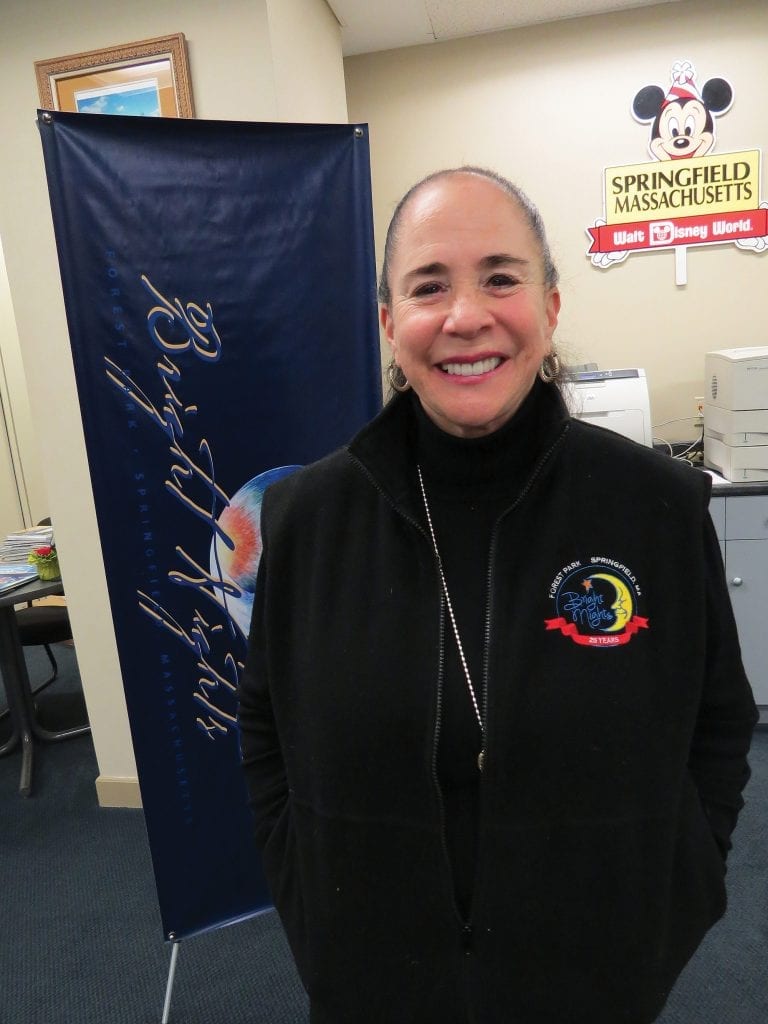 Judy Matt says Bright Nights has become a cherished holiday tradition in the region, one made possible by a collaborative effort involving a number of players.

But while Bright Nights is a success story as a lighting display — as its showing in the USA Today poll shows — it is also a shining example (figuratively and quite literally) of the power of collaboration, said Matt. She noted that launching Bright Lights, keeping the lights on for 25 years, and continually expanding and improving the portfolio of displays (a leaping MGM lion is the latest addition) have been possible because of a powerful partnership between the city, Spirit of Springfield, the business community, and the public, which continually supports it each year.

“It takes a lot of people working together to make this happen,” she explained. “All the contributions are important, and we need every one of them to make this work.”

While Bright Nights is certainly a success story, Matt said, keeping the lights on is certainly a challenge. Margins are slim, and a few days lost due to bad weather (many of the other displays on the USA Today list are in warm climes) can be a disaster in terms of the bottom line.

“In many ways, we make it look easy,” she said of the Bright Nights operation. “It’s certainly not easy; it’s a tremendous challenge, and it takes a great amount of support, on many levels, to make this possible.”

By now, most people know the story of how Bright Nights came to be. And if not, it’s retold in a commemorative 25th anniversary book that is, for the most part, a collection of cherished memories offered by residents from across the region.

In most ways, the saga begins with a brochure from a North Carolina-based outfit called Carpenter Decorating, a company that designed and built holiday lighting displays, that found its way onto Sullivan’s desk.

But actually, we need to go back several more decades, to a time when Sullivan can recall visiting Forest Park during the holidays and seeing wooden displays on the baseball field, a nativity scene in the zoo, and bells hung on wires over the main road. Those simple displays created lifelong memories, and the brochure from Carpenter Decorating spurred thoughts of creating something similar for different generations of area residents.

“In many ways, we make it look easy. It’s certainly not easy; it’s a tremendous challenge, and it takes a great amount of support, on many levels, to make this possible.”

Fast-forwarding quite a bit, the brochure was shown to Matt and others. Someone from Carpenter Decorating came to Springfield, toured the park, and eventually created a plan, if you will, to fill a small portion of the park with relatively simple displays of Santas throwing snowballs and playing baseball.

Matt, Sullivan, and others were thinking bigger. Much bigger. They were thinking of creating displays that would be regional in nature and pay tribute to Dr. Seuss and the characters he made famous; incorporate some of the games created by Milton Bradley (now Hasbro), a company founded in the city and by then located in East Longmeadow; and honor other figures from the city’s history. Meanwhile, their plan would make far more extensive use of Forest Park, designed by Frederic Law Olmstead, who also designed Central Park in New York.

“I had just become parks superintendent maybe 18 months prior,” Sullivan recalled. “And I felt strongly that the parks could be an asset to the Springfield community; I wanted to ensure that our parks complemented not only the neighborhood community, but also the business community by bringing people to the area.”

But that much bigger dream came with a huge price tag and a long list of logistical concerns. And that’s a big part of this story — overcoming all of these hurdles, and in roughly six months’ time.

Such efforts created a number of Bright Nights heroes, if you will.

They include the late Peter Picknelly, then chairman of Peter Pan Bus Lines, who signed the note for the Bright Nights financing. In what has become a bit of Springfield lore and legend, he is said to have told a Spirit of Springfield board of directors wary about taking on such a gamble, “if you don’t want to take the risk, I will.”

But there were other hurdles as well — everything from bringing electricity to a park that had power in only a few areas to piecing the massive displays together (more legend has it that the boxes carrying the displays started arriving with no instructions inside). And, of course, the biggest challenge was raising the money needed to turn the lights on.

And this is where the business community has come to the forefront. Indeed, a number of area companies have stepped up as sponsors and consistent supporters of Bright Nights and Spirit of Springfield, including MassMutual, Baystate Health, MGM, Peter Pan, and many others.

The Springfield Thunderbirds display is one of the latest additions to Bright Nights, which is celebrating 25 years of creating memories.

And the business community continues to provide a strong foundation of support, said Matt, adding that this was clearly on display at the annual Bright Nights Ball, an event that celebrated the first 25 years and all those who made them possible.

“Without the business community, Bright Nights wouldn’t happen,” she noted, adding that support on many levels is needed to keep Bright Nights in the black.

“There are a lot of expenses that go with this — insurance, the crew from the city that sets up the displays and takes them down, police details, park rental, payroll for nearly 60, marketing, and more,” she explained, adding that it costs more than $1 million to stage the lighting display each year. “And all of our [Spirit of Springfield] operating income comes from Bright Nights. So if we don’t have a good Bright Nights, it follows us all year.

“That’s why every day is so crucial,” she went on. “And that’s why we’re so grateful when we get sponsors and when we get the state to give us some funding because we need all of that; if we lost a few weekends due to bad weather, we’d be in trouble.”

As the ambitious initiative marks 25 years, there is much to celebrate, said both Matt and Sullivan, who noted that, while it has become one of the nation’s top lighting displays, for Springfield and the region, it has become much more.

It is a popular tourist attraction, they said, and also a revenue generator for Spirit of Springfield. But it has also become a point of pride for the city and now one of many factors contributing to the city becoming a real destination.

“It’s a labor of love because of what the event does for our community,” said Sullivan. “When we started this, there wasn’t a lot of good happening for the city, and this became a bright spot. Now, it’s one of many bright spots — we have the Museums, MGM, and many other attractions.

“When we started, there wasn’t much going on in Springfield,” he went on. “I really believe Bright Nights was a catalyst for some of the other successes we’ve had.”

Those involved with Bright Nights don’t have to wait for the results from the USA Today competition to come in to know this lighting display has already made a name for itself — and for Springfield.

Indeed, it has already been ranked — along with the Radio City Music Hall Rockettes show, the Rose Bowl, and others — among the top-10 ‘Holiday Happenings,’ according to People magazine.

And beyond cracking those top-10 and best-of lists, they know that Bright Nights has accomplished something far more important.

It has become a tradition, one that continues to grow in size, stature, and relevance.

And that’s certainly worth celebrating as a region marks this milestone year. 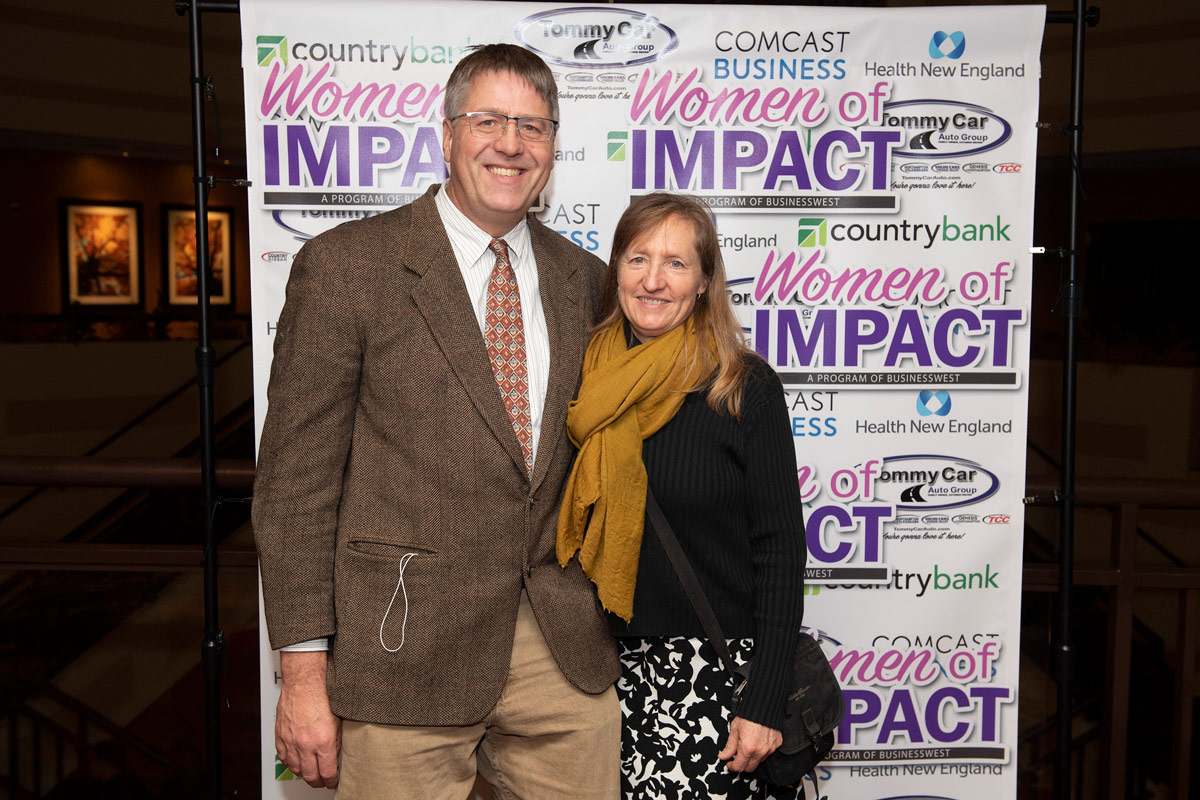