Sit down and read some bad news. No, don’t sit like that — you might be part of the problem.

According to statistics from the American Chiropractic Assoc. (ACA), more than 30 million people across the U.S. suffer from back pain at any given time, and over a year’s time, half of all working Americans admit to back-pain symptoms at some point. The condition is the second-most-common reason for visits to the doctor’s office, outnumbered only by upper-respiratory infections, and back pain is one of the most common reasons for missed work.

And much of the problem stems from — you guessed it — simply sitting down. Or, more accurately, rarely standing up.

“The kicker is being in a static position — or, actually, doing repetitive motions while in a static position,” said Jeff Reed, physical and occupational therapy manager at Holyoke Medical Center. In fact, every 20 minutes or so, get off your chair and walk to the bathroom, the water cooler, the filing cabinet. The bottom line is, you need to change your position.”

Joe Welch, a rehabilitation specialist with Baystate Health, said office workers often find a comfortable position, and then they never leave it; “they just get stuck in one position and hammer away. I try to encourage people to change position during the day.”

“The key is to monitor your posture and move around. Get up and go for a walk. Contributing to this trend is a shift in job roles, Reed said. Specifically, he suggested, a generation ago, people were more likely to do many different tasks at work, constantly changing positions and moving around, but things have largely changed today.

“Nowadays, people are so specialized that there’s an increased risk of repetitive-work injuries,” he said. “Look at the static position of data entry, sitting at a workstation all day. You have to make a decision to change your position, to get up, to get an ergonomic chair.”

In this issue, BusinessWest examines what habits lead to persistent back pain and other chronic aches, and what office workers can do differently to start feeling better.

Even workers who follow the advice to get up now and then are doing damage if their posture is wrong when they’re back at their desk. With ergonomic aches and pains so widespread in corporate America, the Occupational Safety and Health Administration (OSHA), a division of the U.S. Department of Labor, has issues extensive guidelines for safe positioning at computer workstations.

Among them is the need to keep the head, neck, and trunk all facing forward and not twisted, meaning the computer monitor should be directly in front of the user, not to the side, with the top of the screen at eye level or lower.

In addition, the upper arms and elbows should be close to the body and not extended outward; wrists and hands should be straight and not bent to the side when using a mouse or keyboard; and feet should rest flat on the floor or be supported by a stable footrest, with the knees forming a 90-degree angle.

It’s a lot to keep in mind — and the suggestions don’t stop there — but Reed said failing to take these simple steps can lead to serious complications down the road.

“I can walk into any workplace, and it’s easy for me to see what’s wrong with this picture,” he said. “We’re seeing tons of injuries because of it.”

Welch said many chronic problems give plenty of warning, but workers too often ignore body aches. “Too many people work in pain,” he insisted. “They figure, ‘it doesn’t hurt that badly; I’ll just gut it out,’ instead of saying, ‘gee, why is this hurting? What can I do differently?’”

Essentially, he said, people are reluctant to ask for help, preferring to think of aches and pains as temporary issues they can handle on their own. “They think, ‘I can figure this out myself,’ instead of asking another person.”

What they don’t realize, however, is that many such pains are chronic issues caused by lifestyle factors they may never have considered. “There’s a quote: ‘stupidity is doing the same thing over and over and hoping for a different result,’” Welch said.

Mindi Fried, who owns Motion Chiropractic Center in Easthampton, said many bad habits cause subluxations of the spine — basically, taking the spine out of alignment — and, in turn, put stress on the nervous system, and that can impact general health and well-being in a number of ways.

“It’s not just about relieving pain or a headache, but allowing your body to do what it’s supposed to do,” Fried said. “Your body is not supposed to be in pain all the time. That’s an indication that something is wrong. So we need to consider what you’re doing wrong.”

“Sometimes people don’t pace themselves enough,” Welch added. “Another problem is trying to do too many new things all at once. They’re similar to weekend warriors, doing nothing for weeks and then trying to play football, wanting to run, jump, and throw without a proper warmup. It can be like that at work, too.”

Even with the added education many people get in the workplace, The problems aren’t going away. According to the ACA, as many as 80% of the population will experience a back problem at some point in their lives, and the costs aren’t just physical. Americans spend at least $50 billion each year on back pain, and that’s just for the more easily identified costs, and don’t include the cost to employers in lost productivity.

“A lot of people have their computer off to the side for whatever reason, or they have their wrists flexed or extended,” Welch said. “They get into all kinds of bad postures and bad habits, and in the short run, they might not see the negative results. But it’s like smoking — you’re hacking with the first couple of cigarettes, but then you get used to it, and you don’t notice the damage it’s doing.

“The body is pretty resilient,” he added. “It can accommodate a lot of stress over time, but then it reaches a breaking point. As people get into their 40s, 50s, and 60s, they can no longer do the things they could in their 20s and 30s.”

Among them are a vibrating mouse that periodically signals users to remove their hand to prevent overuse; undulating chairs that create a massaging, wavelike movement to alleviate back pain when sitting; and a movable arm that suspends a flat-panel monitor in the proper position without taking up too much space on the desk.

“One-third to one-half of all compensatory injuries are repetitive-motion injuries associated with office-type work,” Hedge told the magazine. “Everything we do can be summed up in the phrase, ‘good ergonomics is great economics.’ More than 90% of a company’s costs are people costs, so making small investments in improving the workplace by using good ergonomic products pays huge dividends.”

And it’s simply common sense for millions of office workers for whom going to work is already enough of a pain in the neck.

“You don’t have to be a zealot,” Reed concluded. “Just make sure you have a sensible workstation. And then get up out of it.” 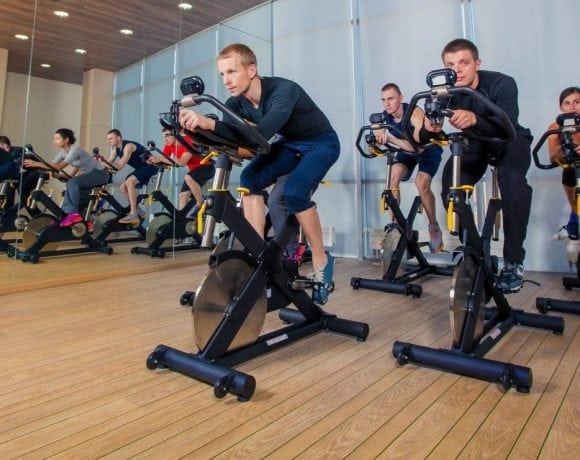 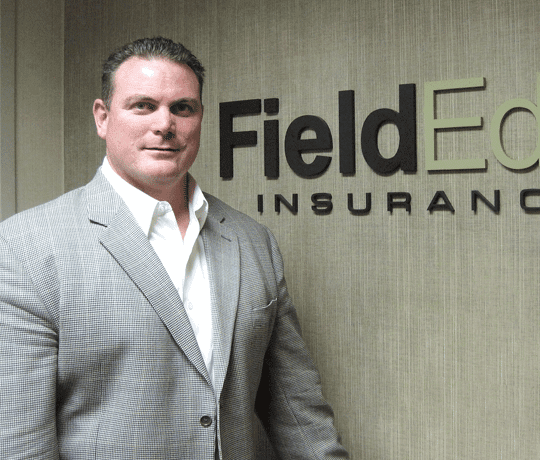