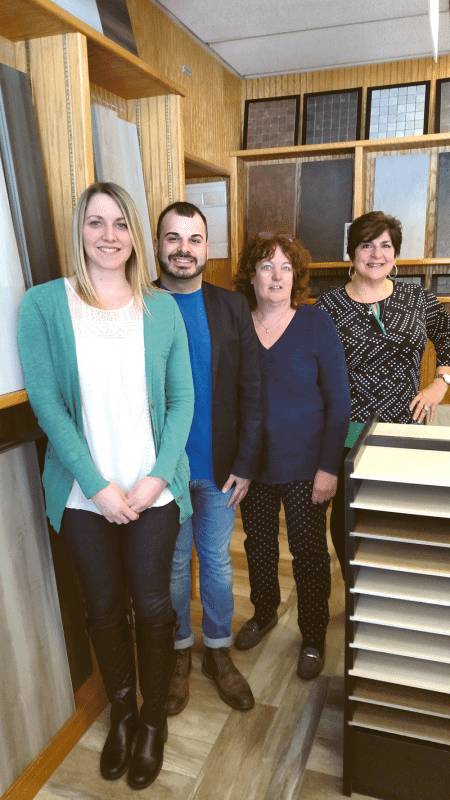 Harry Marcus started installing tile way back in 1955, so Karen Belezarian-Tesini considers herself lucky to have known him.

“Harry would say, ‘why are you here? Why do you like the business?’” said Belezarian-Tesini, manager of Best Tile in Springfield — one of some 30 locations that have sprung from Marcus’ original business 60 years ago. “I said, ‘I have a passion for it.’ Harry said, ‘that’s why you’re going to last. You have to have a passion for what you do.’”

Marcus Tile was born in the City of Homes, but there were no tile distributors in Springfield, meaning he had to travel to Hartford almost every day to pick up tile for his four-man team of installers. So he and his wife, Mollie, decided to start their own tile-distribution business. They sold their installation business and partnered with the Wenczel Tile Co. to open up Standard Tile Distributors in August 1956.

“It was a true rags-to-riches story,” Belezarian-Tesini said. “He was selling so much and so well, Wenczel asked him, ‘if we got you a bricks-and-mortar shop, would you open a store?’ He said yes and opened up his store.”

That’s where the story began — a story that has since expanded well past the Springfield-Hartford corridor, across the Northeast and down the Atlantic Coast. The Marcuses’ oldest son, Steve, eventually entered the family business and, after managing the Hartford branch, opened a new location in Albany, N.Y., naming it Best Tile — the word ‘Best’ representing the first two letters of his first name and that of his wife, Beverly.

By the early 1970s Best Tile was importing tile from around the world, and Steve Marcus and his business partner, Bob Rose, had expanded well into Central and Western New York. Meanwhile, Steve’s brother, Brad, expanded the company into the Boston area, and Steve Marcus and Rose later expanded into Pennsylvania with another partner, Chet Whittam. Following that, the company set up shop in Rhode Island, New Jersey, Maryland, and Virginia, and more recently Vermont and North Carolina. 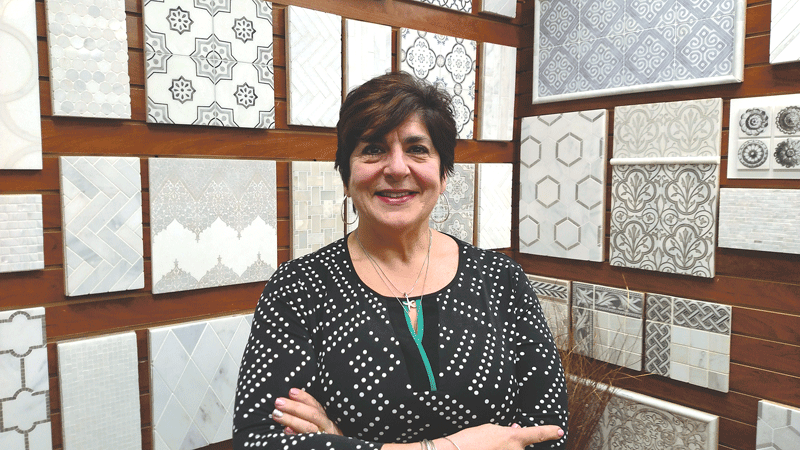 Karen Belezarian-Tesini says a slowing of the building boom over the past 20 years has coincided with an uptick in remodeling, which certainly benefits Best Tile.

“They’ve done very well managing and growing the business. It’s a great company to work for,” Belezarian-Tesini said. “They’re smart investors, and they direct-import everything, buying direct from factories. They’ve kept a great relationship with these factories over the years, which gives them great buying power.”

Those factories are based in countries as far-flung as Spain, Italy, Brazil, England, Turkey, Mexico, and the U.S., she added. “We pride ourselves on quality. In all the years I’ve worked here, no one’s ever come back and complained about quality of the tile, which is huge.”

From her position managing the bustling shop on Belmont Avenue — where customers come looking to inject new life into their kitchen and bathroom floors and walls, among other areas — Belezarian-Tesini has seen a number of changes in the tile business.

“Twenty years ago, it was a contractor-driven industry, big time. It’s now more of a remodeling industry, with maybe 50% of the business retail — years ago, there was not as much retail,” she explained. “The building boom isn’t there like it used to be; you don’t see big tracts of homes going up. There’s a lot more remodeling going on.

“It’s still the City of Homes; I do believe that,” she went on. “You can tell by the remodeling going on in our neighborhoods. People are retiring to over-55 communities, and the younger generation is moving in and remodeling the home. That’s where a lot of our business is coming from nowadays.”

She noted that the contractors working in this field are an aging lot. “I don’t know what the future holds, but I wish trade schools would introduce more tile-related careers, because it’s an industry that should continue to grow.”

It’s growing in part through social media, websites, and especially home-improvement networks like HGTV and DIY, which showcase transitions that inspire viewers to tackle tile jobs themselves or hire someone to bring their vision to life.

“That’s what’s driving people, opening their eyes to what’s current, what’s hot,” she said. And that means Best Tile needs to stay on the cutting edge of what shoppers are looking for.

“Flooring has gone from a marble look to a wooded look,” she noted as one example. And large-format floor tiles are extremely popular, like 8-by-48-inch floor sections and 12-by-24-inch wall tiles; 12-by-12 pieces have become a bit passé. Meanwhile, “mosaic is hot, hot, hot — glass mosaic, glass and stone mixed, all stone, stone and ceramic. It can be for a floor, wall, backsplash, bathroom, kitchen, you name it. It’s everywhere, and it’s beautiful.

“The industry has come a long way,” she added. “The digital imaging, the handcrafted tile, so superior to what we had years ago. It’s beautiful.”

Since the 2000s, the third generation of Roses and Marcuses have led the company through continued growth, showroom upgrades, and product expansion, under the umbrella of the East Coast Tile Group of companies.

But that’s the big picture; Belezarian-Tesini is more invested in the individuals — and, more often than not, couples — that show up at Best Tile looking to realize their vision of a beautiful bathroom or kitchen.

“You do this with your spouse; it’s not usually something you do alone. Husbands and wives make decisions together. And when they shop, they’re generally shopping together,” she said, adding, however, that some husbands embody man-shopping clichés. “Most of the time, we offer the husbands coffee or water, or ask if they want to sit down somewhere. Some spouses are very involved, and some are just here for the ride.”

It’s a ride that began with Harry Marcus’ vision, and passion, for building a business from the ground — well, the tile floor, anyway — up.