Yasir Osman Has Taken a Long, Twisting Ride to Entrepreneurship 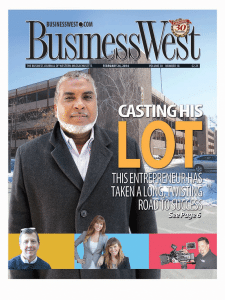 When Yasir Osman arrived in New York from his homeland of Sudan in 1989, he had $100 in his pocket and very limited knowledge of English.

Actually, he brought a few other things with him, although it would take several years before some would emerge. One was a basic understanding of business he gained while doing the books for his father, the owner of a butcher shop in Sudan’s capital city of Khartoum, starting at age 6. Another was an entrepreneurial spirit he believes he acquired from his time spent in that shop, watching his father work for himself, enjoy it, and take great pride in it.

And then, there were the business values that he would also take from his father, especially transparency and honesty, terms he would use early and often as he talked about how he runs what has become a multi-faceted operation.

Indeed, he has put all of the above to extremely good use as he’s made the shift from employee to business owner — and in a big way.

Osman, who would relocate to Springfield a few years after arriving in Brooklyn — only a few months after meeting his future wife, who grew up in the City of Homes — has taken an intriguing ride from being an attendant in a parking garage on East Court Street to working his way up with that enterprise to regional manager, to starting his own company, Executive Parking. That venture now manages more than a dozen garages and surface lots and hundreds of metered spaces for the parking authorities in Springfield and Holyoke. Osman also owns taxi operations that operate in both communities, and serves as a chaplain for the state Department of Corrections.

And he makes it abundantly clear that this entrepreneurial ride, which began just over five years ago, is really just getting started.

He wants to make Executive Parking more of a regional force, perhaps expanding it into Hartford, New Haven, and other New England cities, and then, perhaps, becoming a national player.

“There’s really no limit to where we can go from here,” he said, adding that he believes he has the know-how, the lean business model (more on that later), and the entrepreneurial drive to take this venture well beyond Springfield and the Northeast. 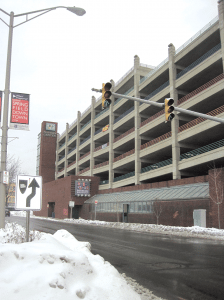 The Columbus Center Garage in downtown Springfield is one of many facilities now managed by Executive Parking and its president, Yasir Osman.

But while casting a wide net in terms of hopes and aspirations, Osman is keeping a hard focus on his home of Springfield. In addition to basing two of his businesses here, he lives just a few blocks from downtown in the Hill-McKnight neighborhood, and is becoming increasingly vested in — and involved in — a city he believes is awash in potential and bound for better days.

“I love it here — I love being in Springfield,” he said. “I’ve been in the city for 22 years, and I’ve seen many ups and downs. But I’ve seen a lot of progress, and I think the city is heading in the right direction, especially with the economy; Springfield will see a lot happen in the next year or so.”

By that, he was referring to the casino slated to be built in the South End — a development that certainly has the potential to impact both of his business enterprises — but also other developments in and around downtown.

And as he looks ahead to a brighter future for the city, and himself, he has become one of the faces of a new breed of entrepreneur — minority business owners who are creating jobs as well as momentum in a city still trying to reinvent itself.

For this issue, BusinessWest talked at length with an individual who is still mastering English, but has become an entrepreneurial success story in any language.

His Lot in Life
As he wrapped up his talk with BusinessWest, and the conversation turned to the weather, as it often does in this winter that seemingly won’t end, Osman clicked on his phone to check the conditions in Khartoum, something he does regularly enough to have his device programmed to do so.

“It’s 72 degrees and sunny there,” he said with a nod of his head and a smile on his face, adding that he keeps tabs on much more than the forecast for the city he left 25 years ago. He still has family in Sudan, including his mother, whom he visited recently. In fact, his gray hair was mostly black from the dye job that his mother insists that he get before returning to what is still, in many respects, home.

“The economy was very bad, and I was one of 10 children,” he said. “I saw my family struggling, I saw my father struggling, so I decided that something needed to be done.” 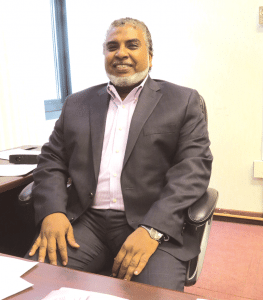 Osman Yasir says he has the team, and the experience, to take his parking venture regional and then national.

Picking up and leaving for the U.S. — something a growing number of people in that East African country were doing, or thinking about doing — was not an easy proposition, nor one without a good deal of risk. But it was certainly preferable to staying put.

Osman scraped together enough money to get a plane ticket to New York, and soon, with the help of a fellow countryman he connected with, was introduced to the city’s subway system. He would ride the train to Queens each day and actively pursue work, especially in realms where one could get by with just a little English — or very little, in his case — such as construction and security.

And while securing a succession of jobs, Osman was also working to gain a foothold with the English language. He took a few classes on the subject in New York, but has picked things up mostly from interacting with others — a broad constituency that has included everyone from his wife and children to customers in various parking garages.

“In my language [Sudanese], we move from right to left,” he explained. “In English, we move from left to right. That’s the hardest thing about learning the language; you have to think it in your mind before you speak it.”

He eventually saved enough money to buy a car, and was getting by in the Big Apple, when, through the intervention of another Sudanese native — a woman who was asked by Osman’s mother to help him find a wife — he met Asilla Eubanks. Five months later, they were married, and soon thereafter, the dateline for this story shifted to Springfield.

After relocating here, Osman soon took a job as a parking attendant at a small lot on East Court Street, working for a Hartford-based outfit called Professional Parking. He would stay with that firm for more than 15 years, serving in roles ranging from maintenance person to location manager; supervisor to city manager, meaning he oversaw all the lots and garages in Springfield.

The last title he had was regional manager, he noted, but in 2008 he was laid off from that post, a development that ultimately kick-started the next chapter of his career — as an entrepreneur.

He started by buying, at auction, a closed gas station with an accompanying convenience store on Allen Street in Springfield, and immediately began applying lessons in business not only from his youth and his father’s butcher shop, but also from the classroom, specifically the one at Cambridge College, where he earned a master’s degree in business management.

With a loan from NUVO Bank, he put the gas station back in operation and soon launched a taxi service and ran it out of a trailer on the Allen Street property. He now operates Ace Taxi, with eight cars, in Springfield, and Metro Taxi, with five vehicles, in Holyoke.

But the business he knew best was parking, and toward the end of 2008 he created Executive Parking.

“I just thought it was common sense to get into the business I understood most — and that’s parking,” he told BusinessWest, adding that his venture got a huge boost roughly a year ago, when it captured the contract to service the garages, surface lots, and metered spaces controlled by the Springfield Parking Authority (SPA) after submitting a bid $2.5 million lower than the company that previously had that assignment — Republic Parking.

When asked how he was able to submit such a number — and then convince the parking authority that service would actually improve — Osman laughed.

“Like I said, I know how to do parking,” he told BusinessWest. “Plus, I’m the owner of the company and the general manager of the company. I work … we don’t have a lot of overhead, like those other companies do.”

He’s also been applying those aforementioned lessons he learned while watching, and working for, his father all those years ago.

“You need transparency and to be honest in everything that you do — that’s what he taught me,” he explained, noting that his father passed away in 2007. “Communication is also important — communication with the people in the city, with your employees, with the managers, and with the public.

Looking ahead, Osman is focused on what he called smart, controlled growth.

His first priority has been to bring stability to the lots and garages operated by the SPA, something he believes he’s done.

“We’ve stabilized the operation in Springfield — right now, things are going smooth,” he went on. “In the last year, since we’ve taken over the operation, we haven’t had even one complaint.

“Our plan is to take this operation to the next level and make it more customer-friendly, actually,” he went on. “We have training for our employees every three months, we talk to them about being more customer-friendly, and we talk to them about being sensitive to customers’ needs; we’re drilling into their heads the need to put customers first, and we’re getting results.”

The next challenge will be to expand regionally and, in essence, replicate the success registered in Springfield and Holyoke. And he believes there are opportunities to do so within New England.

“There are many possibilities with neighboring cities, such as Hartford, New Haven, Stamford — wherever we can help stabilize operations and make money for the city, we’ll be there,” he said. “We can do for them what we did in Springfield, where our low-cost, efficient operations enabled the Springfield Parking Authority to give $300,000 a year to the Springfield Police Department to put more officers downtown.”

Osman said he’s not sure how far he can take Executive Parking. But he is sure that, wherever this venture goes, Springfield will still be the base of the operation — and, more importantly, his home.

The Hill-McKnight neighborhood is nearly half the globe and worlds apart from the still-struggling country he left 25 years ago, but the same business principles that worked there are creating results — and opportunities — here.

In short, Osman has done quite a bit with that $100, those two words of English he knew, and those all-important lessons from his father.

And, as he said, the ride is really just getting started. 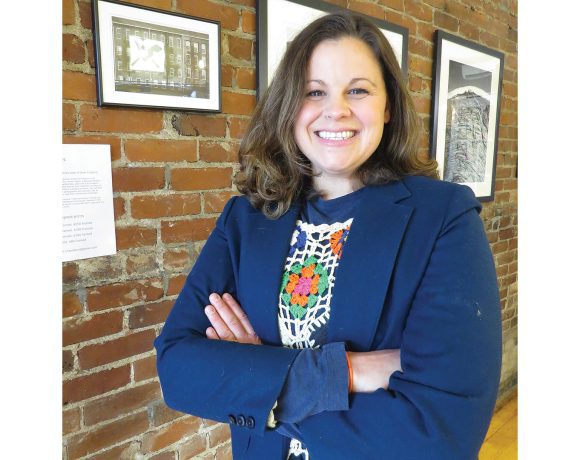 For Mentors of Entrepreneurs, There are Many Kinds of Rewards

Thrill of the Hunt