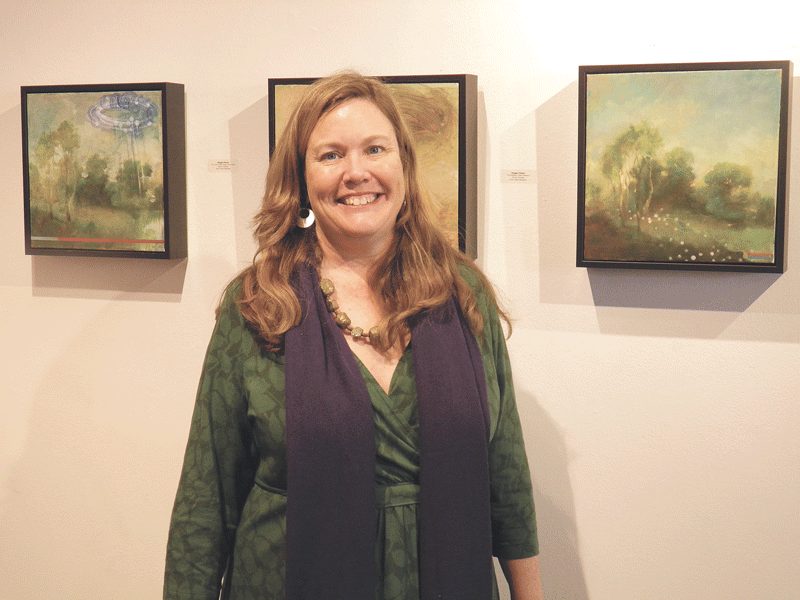 Pittsfield Remakes Itself as Center for Arts, Sciences 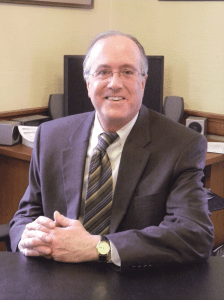 Mayor Daniel Bianchi has a vision for the future.

It’s decidedly ambitious, but coupled with a strategic plan designed to make Pittsfield the center for life sciences in Western Mass.

“Gov. Deval Patrick is adamant about making Massachusetts the life-science capital of the world, and I want Pittsfield and Berkshire County to be the western end of that,” Bianchi told BusinessWest.

The cornerstone of his plan is the proposed Berkshire Life Sciences Center, which has a $6.5 million earmark from the state and will be situated in the new William Stanley Business Park, on 50 acres of ground once occupied by General Electric’s large transformer-manufacturing complex.

“We like to think that ideas can be brainstormed in Boston but can be built here in the Berkshires, and we plan to leverage the $6.5 million with private investments. We know we won’t attract research companies, but once they are ready to commercialize a product, they can come to the beautiful Berkshires and rent space at $50 a square foot,” Bianchi said, adding that agriculture plays a significant role in the area and is related to the life sciences and green energy.

Another part of the park will be utilized for traditional manufacturing, but Bianchi noted that Pittsfield is a great place for any business to position itself, due to its geographic location and comparatively low cost of living. “Synergy is a key word here, and we are examining that as part of our business plan, because clustering is so important, especially in the life sciences.”

The plastics industry is already flourishing in Pittsfield, as are small companies that make innovative medical devices. And some of the most sophisticated work being done for the armed forces is taking place at General Dynamics Advanced Information Systems.

In addition, the city’s Economic Revitalization Corp. was selected as one of four communities in the state to receive a $150,000 grant to help small businesses increase their Internet use.

Bianchi has also started a fund for small companies that are successful, but need help to expand their operations. “We are hoping to grow from within, and the money we set aside for these businesses is pegged for job creation,” he said. “But our strength isn’t only in our community, but the entire region. Pittsfield is the largest city in Berkshire County, but we are fostering collaborative economic development.”

Meanwhile, the city has undergone a real renaissance, especially in the cultural arena. Year-round events staged by the Office of Cultural Development have spawned a number of new restaurants and retail shops, as well as new apartment complexes created within the shells of historic buildings that are rented as quickly as they are built.

In fact, young people are flocking to the city from New York and other metropolitan areas and opening businesses that utilize cutting-edge technology. As Bianchi sees it, they are moving to Pittsfield for a reason.

“There is a lot to be said about the great lifestyle here. People who live here can leave work at 5 p.m. and be on a ski lift at 5:30,” he said. “We have state forests, beautiful lakes, and very competitively priced land and real estate, along with a solid educational system that includes both a four-year and two-year college. And one of my goals is to build a technical vocational high school, which will be a great boon to economic development.”

Bonnie Galant, acting director of the department of Community Development, is working collaboratively with Bianchi and others to fuel the city’s progress. “There is so much going on here that it is hard to keep track of, and it’s incredible to see how much Pittsfield has changed,” she said. “People who haven’t been here for years wouldn’t even recognize the city. There is an amazing difference in the skyline, and we are trying to encourage the life sciences because it is an up-and-coming industry for the future, especially here in the Berkshires where the cost of living and doing business is significantly less than in Boston.” 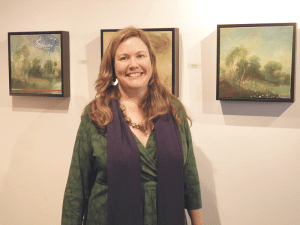 Bonnie Galant says people are amazed at the amount of money being invested in Pittsfield.

Pittsfield’s new Upstreet Cultural District was the first area west of Boston to be designated as a cultural district by the state, and director of Cultural Development Megan Whilden has been named a Gateway Cities Innovation Institute senior fellow.

“We are one of only five communities in Massachusetts with this designation; the rest are in the eastern part of the state, and we are seen as a leader in cultural revitalization, especially among Gateway Cities,” she told BusinessWest.

The Upstreet District encompasses most of the downtown area, and the name is a throwback to yesteryear. “Upstreet was what the old-timers called downtown. We have tried to integrate the old with the new so everyone feels included when it comes to the arts,” Whilden added.

Their efforts have been successful, and thousands of people visit Pittsfield each year to take part in cultural offerings, which range from First Friday Art Walks to Third Thursday events, an annual Jazz Festival, the Latino-American Family Fiesta de Pittsfield, and a popular Ethnic Fair.

In addition, the Office of Cultural Development manages the Lichtenstein Center for the Arts, a year-round community-arts center owned by the city, which features monthly exhibitions, performances and classes, as well as working artist studios.

Its most recent event was the 10×10 Upstreet Arts Festival, held Feb. 14-24, which was an enormous success. “It’s a contemporary arts festival held downtown that we started last year,” Whilden said, noting that there were more than 75 offerings this year, ranging from comedies and theater performances to dance, music, film, art shows, and other offerings.

“We had more than 20 programming partners, which is an example of how we work collaboratively to create new events and initiatives that will benefit residents and attract visitors,” Whilden said. “The festival was a hallmark of what we do and will continue to do.”

Another celebration held last summer was named “Call Me Melville” to pay tribute to author Herman Melville, who wrote Moby-Dick when he lived in the city. “We had new plays written for the celebration and brought in a rock band from Brooklyn that wrote a song for each of the 135 chapters in the book,” Whilden said. “We also had an online book club which posted a chapter from the book each day.”

The event included youth initiatives, and high-school students formed a giant white whale on their football field in a flash mob. “We like to be creative, collaborative, and inclusive so everyone is part of the cultural life in Pittsfield,” Whilden explained.

There is also the historic Colonial Theater and the Tony Award-winning Barrington Stage Company. The two joined forces over the past two years and formed the Berkshire Theater Group, which stages a full roster of performances.

Galant says the Common, a park within walking distance of downtown, is being restored, and new housing continues to be built. “The Amsterdam Apartments are a block west of downtown, and last year a $15 million historic renovation was completed on the former Rice Silk Mill, which turned it into 45 apartments. It’s a really interesting building, and they kept the beams, bricks, and large windows as well as a lot of other architectural features.”

In addition, the Onota Building has been purchased and will be renovated into 25 apartments with commercial space on the ground floor, while the Howard Building, which sits a block from downtown near City Hall, has also been purchased with plans to create 39 high-end apartments, along with a roof terrace, workout room, and other amenities.

“People are astounded at the change and the amount of money that has been invested in the city,” Galant said. “Berkshire Regional Transit runs an $11 million intermodal station that opened in 2004, and $100 million has been invested downtown in the past 10 years. The McKay Street parking garage is undergoing a $7.6 million renovation, $14 million has been put into streetscapes so far in an improvement project that is expected to exceed $20 million, the Colonial Theater underwent at $19.3 million renovation, the Barrington Stage project cost $6 million, and the multiplex Beacon Cinema Center cost $23 million.”

In addition, a $40 million expansion of the municipal airport was completed last fall, which will make it accessible for larger jets.

Plus, the healthcare sector continues to expand, led by Berkshire Health Systems. Berkshire Medical Center boasts a new surgical wing and emergency room, which cost approximately $43 million, and a new, state-of-the-art, $32 million cancer-treatment center is in the works. “They will break ground for it this summer,” Bianchi said, adding that these projects, combined with the city’s proximity to UMass Amherst and the fact that the Massachusetts College of Liberal Arts is building its own life-science center, makes it an ideal place to establish the Berkshire Life Science Center.

“We will have a strong case to make in Boston because we can build on our existing strengths,” he said.

Overll, Pittsfield’s future holds great promise on many levels, from the arts to the life sciences to its attractiveness as a home to young professionals.

“Our collaborations with successful businesses and government, combined with civic support, will accelerate innovation and success,” Bianchi said. “We are engaging young people on our boards, have an old-fashioned marketing and recruitment effort planned, and are very confident we will be successful.” 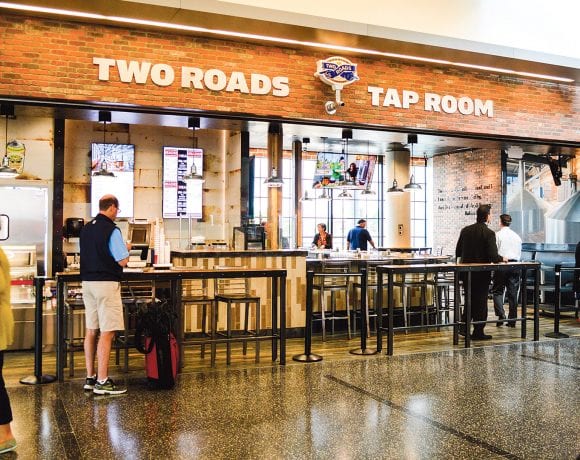 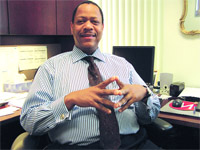