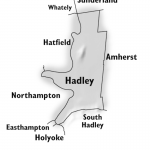 When Jonathan Carr and his wife Nicole Blum moved to the U.S., they spent time looking for a good place to farm. The couple had been growing gourmet vegetables in Ireland and selling them to restaurants, but wanted to establish themselves in a better climate, because it rained frequently there.

In 2002, they bought 38 acres of land with a large apple orchard in Hadley after relatives and friends in the Boston area steered them to Western Mass.

Last year, they opened Carr’s Ciderhouse and produced about 3,000 bottles of sparkling cider and dessert-style wine on their property. The business is growing, and Carr said they are happy to be situated on River Road.

“There is a network of farms that runs up and down the river for miles, and Hadley is a great place to raise a family and own a business because of the accommodating spirit within the town government,” said Carr, adding that the couple appreciates their central location, the vibrant local economy, and the beauty of the area, along with the fact that they can go hiking or canoeing on the Connecticut River without leaving town. 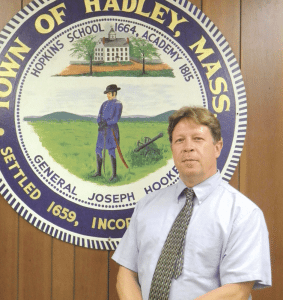 Town Administrator David Nixon says Hadley has the largest amount of preserved land in the Commonwealth.

David Nixon said the ciderhouse is one of dozens of home-based businesses in Hadley, which include self-employed consultants, architects, web-based firms, and about two dozen landscapers with employees. The town administrator said Hadley is also home to historic family farms that have been operating for generations, as well as a healthy mix of retail establishments, located mostly on the seven-mile section of Route 9 that runs through the town.

The balanced mix of open land, agricultural enterprise, and retail business has been carefully orchestrated by town officials.

“It’s the reason for our success,” Nixon said. “We provide a high quality of life with lots and lots of open space that contains forests, grasslands, and farmlands. But we also have a strong commercial district that allows us to keep taxes low and provide the products and employment people need, coupled with small, family-owned businesses, particularly in agriculture.”

In addition, Nixon said, the town offers a central location, an affordable single tax rate, and space for new and existing businesses to grow. “We’re ideally situated between Northampton and Amherst, so we have the synergy of what these communities offer. We also live in a 30-campus community,” he told BusinessWest, explaining that one-quarter of the UMass Amherst campus is in Hadley and the other campuses are within an hour’s drive of the town, which sits off the Interstate 91 corridor, with the Massachusetts Turnpike a short distance away.

“Northampton Airport is just across the river, and we’re a 45 minute drive from Bradley International Airport,” Nixon continued, adding that, when the rerouting of the Amtrak Vermonter commuter train is complete, it will include a stop in nearby Northampton.

Hadley is one of the oldest towns in Hampshire County, and thus it has lots of history, said Nixon, noting that it was incorporated in 1661 and was an agricultural center for hundreds of years.

Today, the town is still home to three operating dairy farms, a number of tobacco farms, and an untold number of farms that grow produce, ranging from corn to asparagus, strawberries to squash. “We have lots of little farm stands, and there are a number of small agricultural businesses developing here,” Nixon said. They include Sister’s Bistro, a restaurant and specialty food store that opened about a year ago, a vineyard under development, and Valley Malt, which opened about three years ago and has been very successful.

Although the farms have stood the test of time, town officials have been proactive in taking steps to insure the bucolic atmosphere is preserved and will remain that way. “We don’t want our population to grow too quickly,” Nixon said. “We lead the Commonwealth in preserved open space. We have about 3,000 acres of it, which doesn’t include the state parks or the land along the Connecticut River.”

He noted that these measures ensure that the high quality of life in Hadley will continue. “It gives us the ability to provide residents with the services they want at an affordable price and helps keep the town recession-proof. We may not see the highs that other places have experienced, but we also don’t see the lows.”

The town’s finances are also sound. “We have a strong financial base with an AA bond rating from Standard and Poor and are always looking to improve things,” Nixon said.

To that end, town officials recently asked the state Department of Revenue to conduct a commissioned study of its financial-management practices.

“We’re not content to sit on our laurels, and are always looking for ways to improve public services and reduce our costs,” he explained.

Although Hadley has plenty of open space, the town also contains a healthy mix of businesses. They include the Hampton Inn, which is adding a conference center with seating for 300 people that is expected to open this summer.

Building Commissioner Tim Neyhart said the inn was recently granted a liquor license, and the new center will have a kitchen for catering and provide the town with much-needed facilities for meetings, conventions, and events. “We didn’t have a place where people could hold large weddings,” he said, explaining that, although many couples use the Marriott Hotel, its capacity is limited to 125 people.

“There are already weddings booked in the new conference center, and the large space will also allow the U.S. Fish and Wildlife office to hold conventions there,” he told BusinessWest, adding that its District 5 office is in Hadley. “They use the Marriott for meetings all the time, but the space there is limited.”

There are also three solar projects in the works in Hadley. Neyhart said two are being reviewed by the planning board, while the third involves a pilot program with NexAmp Hadley Solar LLC, which has obtained permits to built a 2.9-megawatt facility on Mill Valley Road.

The solar company and the Hampshire Council of Governments have partnered to form an agreement that is still being reviewed. It would provide Hadley with a discount rate on electricity in lieu of taxes from NexAmp over a 20-year period. If it is passed, Nixon said, it could result in a 21% reduction in the cost of municipal electricity in Hadley, or about $600,000 over two decades.

He explained that the energy NexAmp will generate will be fed into a network that will earn the company credits from Western Massachusetts Electric Co. The credits would then be sold to the Hampshire Council of Governments, which would apply them to the town’s electric bill.

The town is also looking to widen Route 9, although that project is still in the feasibility stage. “We’re also taking concrete steps to improve our water and sewer systems. They will be upgraded over the next 10 years,” Nixon said.

And although there is available space for new business to be established along Route 9, many existing businesses have reinvented themselves to keep up with the times. Nixon cites the former Mountain Farms Mall as an example. “It was in pretty bad shape about 20 years ago, with vacant storefronts and a blacktop that was in terrible condition.”

But the former traditional mall has been transformed into a large strip mall, which is home to Whole Foods, Barnes & Noble, and other thriving businesses. “It has become a very, very vibrant shopping area,” he said.

Hadley also caters to many startup companies, which get help from the UMass Amherst Family Business Center on Venture Way. “They are able to thrive because we have an educated workforce, the infrastructure capacity for new businesses, and the zoning to develop it,” Nixon said.

Although the town welcomes business growth, the provisions its leaders have taken to ensure that the landscape remains unsullied is part of its character.

“The goal has always been about maintaining balance,” Nixon reiterated. “Hadley is blessed with a strong and vibrant commercial center, but also has wonderful residential villages and the bike path, which is 300 yards off of Route 9, that illustrates the balance of life here. One side has a view of open land, while the other is home to restaurants, auto-service stations, and stores.”

That combination is a proven recipe for success, making the town a place that honors its agrarian past while keeping pace with the future. 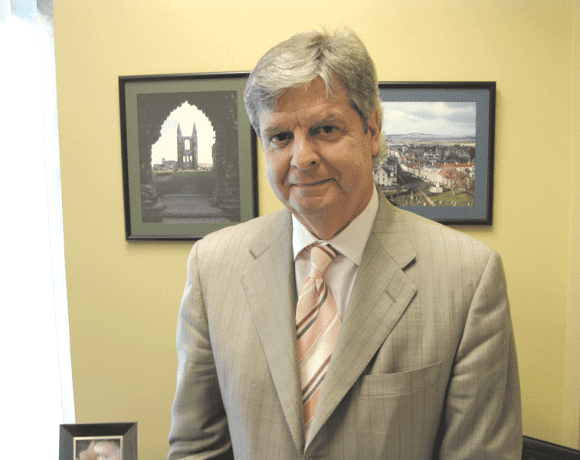 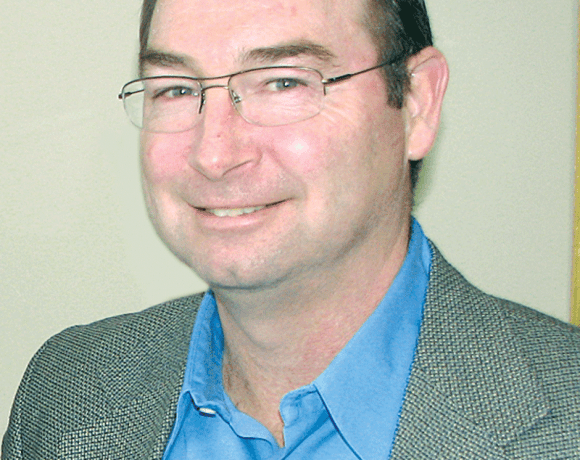