Easthampton Savings Bank Surpasses $936M in Assets
EASTHAMPTON — At the end of the third quarter, Easthampton Savings Bank had total assets of $936 million, according to William S. Hogan, Jr., president and CEO. Assets were up more than $86 million from a year ago, an increase of 10%. Also, over the past year, total loans increased 8% or almost $49 million, an increase of almost $18 million over the last quarter. Total loans now stand at $635 million. Hogan noted that the bank’s deposit growth was more than $87 million or 13% from a year ago. Deposits were up almost $11 million for the quarter. Total deposits now stand at $755 million. “This past quarter has been another successful one,” said Hogan in a statement. “We achieve this level of success with exceptional employees and support from all of the communities we call home.” Hogan added that bank officials look forward to completing the year on an “up note” with strong performance.

Big Y Foods Opens
Store in Lee
LEE — Big Y Foods opened a 45,900-square-foot World Class Market at 10 Pleasant St. on Nov. 3, at the site of the former truck stop Diesel Dan’s. The new Big Y reflects today’s modern supermarket standards along with an in-store pharmacy, prepared meals section and eat-in cafe, according to store director Steve Gigliotti. Additionally, there is 5,000 square feet of retail space that is available for a future tenant. Cocca Development of Boardman, Ohio, served as general contractor for the expansion in conjunction with several local subcontractors for the completion of the $15 million development. Gigliotti and his team has hired approximately 150 employees to operate the store. The hours of operation will be 7 a.m. to 10 p.m. daily. Big Y’s pharmacy will accept most major insurance plans and will be managed by Darice Taxter, R.Ph., along with John Graham, R.Ph. Wellness services include flu shots, total cholesterol and blood pressure, glucose and body fat and osteo with blood pressure. Pharmacy hours are 9 a.m. to 7 p.m. weekdays, 9 a.m. to 5 p.m. on Saturdays, and 9 a.m. to 1 p.m. on Sundays. As part of Big Y’s grand opening celebration, the four schools in Lee each received $500 as part of the company’s longstanding commitment to education.

MassMutual Plans $1.33B Dividend Payout for Policyholders
SPRINGFIELD — Massachusetts Mutual Life Insurance Company (MassMutual) recently announced it has approved payment of an estimated $1.33 billion in dividends to eligible participating policyholders in 2012, an increase of $105.5 million over the prior year, representing an 8.6% increase. The annual dividend, which MassMutual has paid to policyholders consistently since the 1860s, is one of the key benefits of purchasing a participating policy from a mutual company that is operated for the benefit of its policyholders, according to Roger Crandall, chairman, president and CEO, MassMutual. “The value of doing business with a mutual company has never been more abundantly clear, and MassMutual is proud to deliver on that enduring value by continuing our legacy of strong dividend payouts,” said Crandall in a statement. “Our increased dividend payout in 2012 demonstrates our longstanding commitment to mutuality, financial strength, and those who matter most to us, our policyholders.” The total dividends for 2012, approved by MassMutual’s Board of Directors, include a dividend interest rate of 7.0% on all eligible participating life insurance policies. This announcement comes at a time when MassMutual maintains among the highest financial strength ratings in its industry and is reporting record levels of surplus ($11.2 billion as of Sept. 30) and total adjusted capital ($13.4 billion as of Sept. 30), which are key indicators of the company’s overall financial strength, added Crandall.

Carrazza Financial Merges with St. Germain Investment Management
SPRINGFIELD — Michael R. Matty, CFA, CFP president, of St. Germain Investment Management announced the merger of his company with Frank Carrazza Financial Planning. Frank A. Carrazza Jr. assumes the position of director of Financial Planning for the firm. He will oversee the financial planning services of St. Germain while continuing his responsibilities of managing client assets and providing financial and insurance planning advice to individuals and small business owners. Carrazza brings a broad range of knowledge and experience in areas of investments, income and capital preservation.  Since 1976, he has been an independent professional since leaving a senior position at IBM in Boston. As a financial advisor, he offered securities through Commonwealth Financial Network, a broker/dealer and member of FINRA and SIPC. He has served as president of the Estate Planning Council of Hampden County as well as president of the Western Mass Chapter of Financial Service Professionals. Because of his expertise in financial planning, business succession planning, insurance and estate planning, Carrazza holds the following certifications: certified financial planner [CFP], chartered life underwriter [CLU], chartered financial consultant [ChFCA], accredited investment fiduciary [AIF] and registered investment advisor [RIA]. St. Germain is a privately held company specializing in investment management for individuals and institutions. Founded in 1924, St. Germain services national and international clients from two offices, one in Springfield,  the other in Hartford.

UMass Amherst Police Have New Station
AMHERST — The UMass Amherst Police Department recently conducted a ribbon-cutting ceremony for its new building at 585 East Pleasant St. At the ceremony, speakers included Robert C. Holub, UMass Amherst chancellor, Henry Thomas III, UMass trustee from Springfield, who represented the UMass Board of Trustees and the UMass Building Authority, and Johnny C. Whitehead, UMass Amherst police chief. During the festivities, the department opened the building for tours and had specialty units, including the police horses and motorcycle officers, available. The $12.5 million facility is located at the intersection with Tillson Farm Road, across from the Amherst Fire Department’s North Fire Station. The department began full-time use of the new building in April. The building, designed by the firm Caolo & Bieniek Associates, is also the first new construction on campus to meet leadership in energy and environmental design (LEED) certification standards. Whitehead noted in a statement that the new station provides the department with all of the tools that a highly professional police force needs. 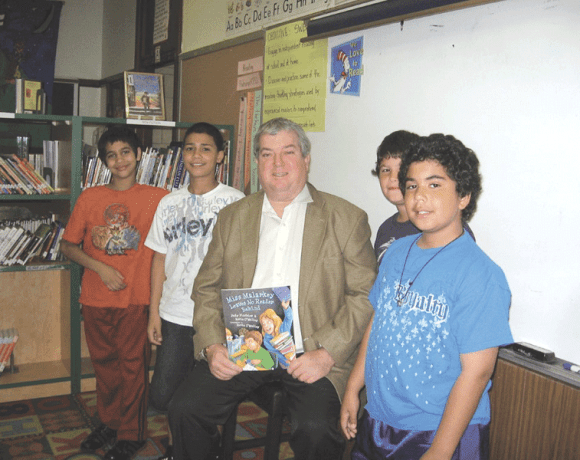 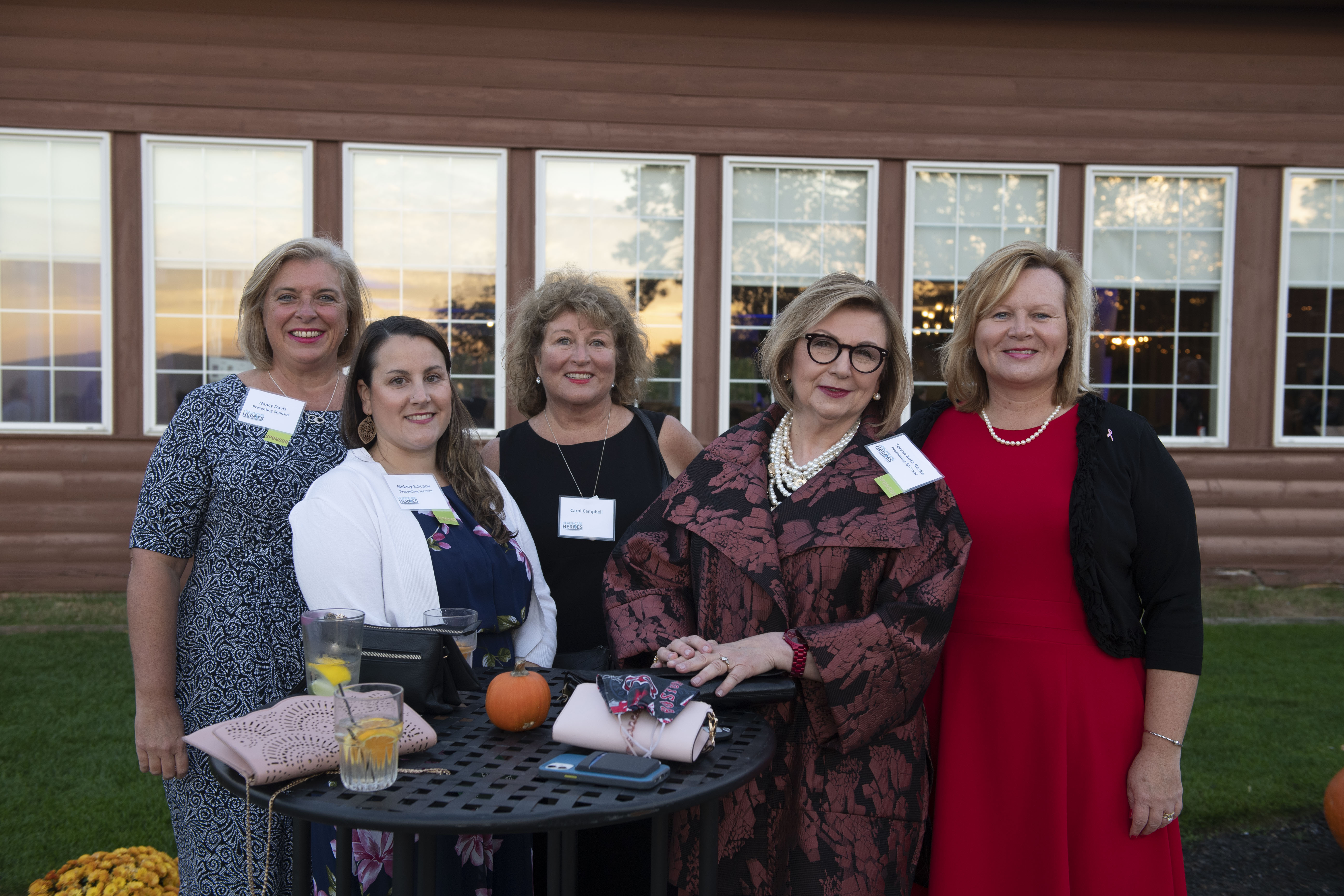