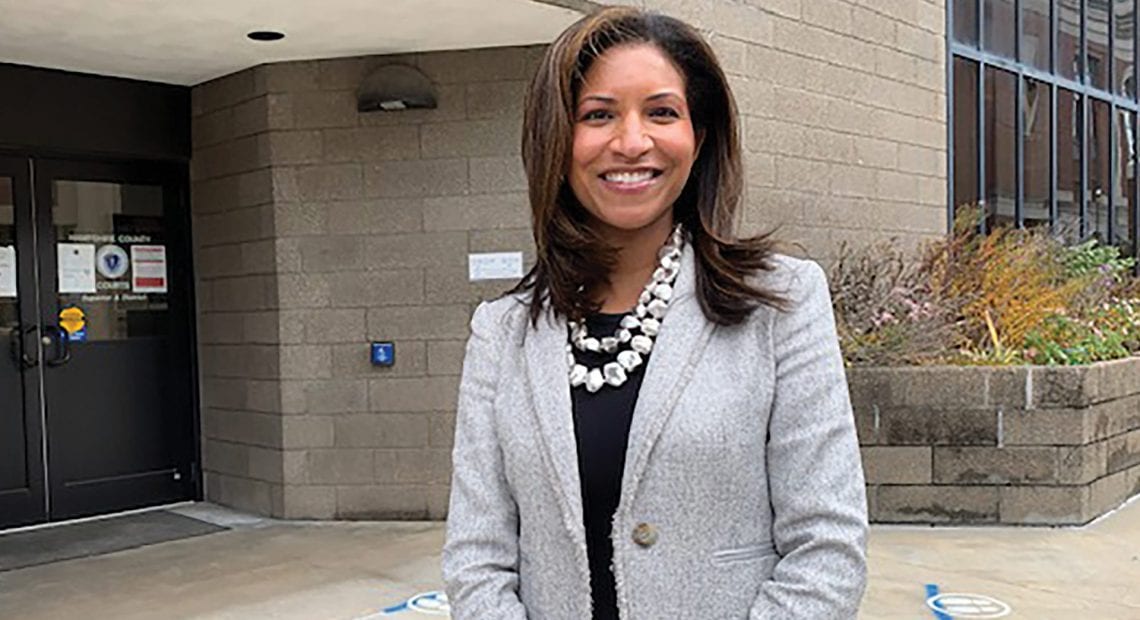 Danielle Williams Takes Her Place on the Bench 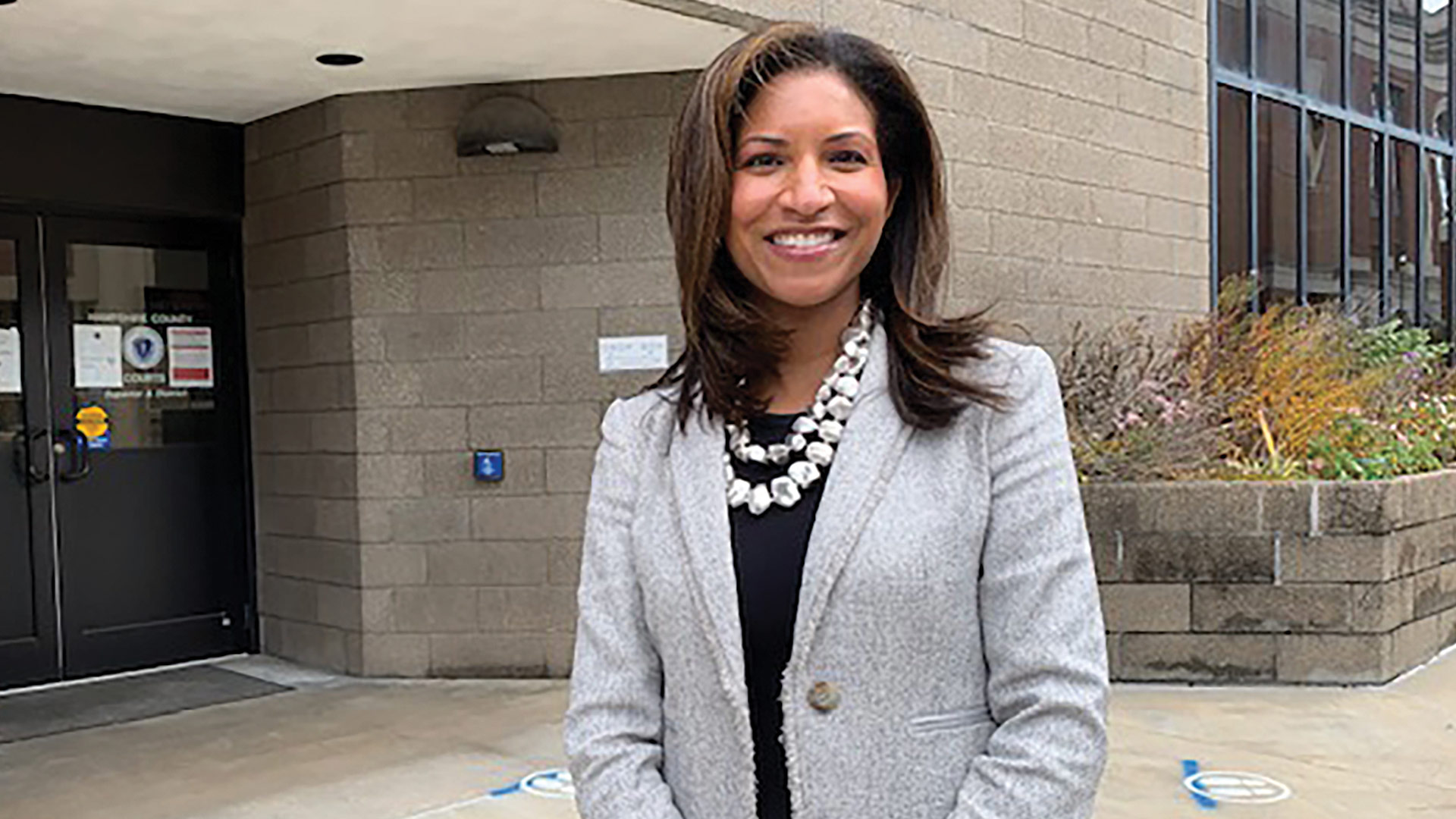 Danielle Williams, seen outside the courthouse in Northampton, says her time as an assistant clerk magistrate has helped prepare her for service on the bench.

Danielle Williams was asked about the style, or approach, that she would bring to the bench as a District Court judge.

She paused for a minute to think, and then recalled a conversation she had with a colleague recently — one that revealed just how she intends to address each matter that reaches her.

“Each case that comes before you represents people, it represents families, and it represents communities,” she said. “Cases are not just papers, they’re not just documents … and you have to address each case with that in mind.”

She told BusinessWest that this human factor, the people represented in the words typed on those pages, was driven home during her years spent as an assistant clerk magistrate in the Commonwealth of Massachusetts Trial Court, a position with a wide job description (more on that later), and one that opened her eyes to not only court procedure, but also the many issues facing those living and working in this region — and her own skill sets and abilities.

Williams said she didn’t take the clerk magistrate’s job with the goal, or intention, of becoming the first African-American woman to be sworn in as a District Court judge in Western Mass., but she was eventually convinced by many of those she was working with that this was the logical next step — and that she was ready.

Williams brings what might be called an eclectic résumé to her latest position, one that includes experience in the Hampden County District Attorney’s office … and experience writing and producing comic books.

Indeed, as she told BusinessWest when she was named one of its 40 Under Forty honorees in 2015, Williams, while practicing law with the Northampton-based firm Fierst, Kane, and Bloomberg LLP, specializing in, among other things, intellectual-property law, she was also writing stories about unlikely superheroes known as the Mighty Magical Majestics.

While Williams still has somewhat of a passion for science fiction and graphic novels, she has spent the past several years focused entirely on the law and, more specifically, the courts.

After a short stint working in the Office of the Attorney General in Springfield, she joined the Trial Court as an assistant clerk magistrate in the spring of 2016, a role she’d been drawn to since very early in her career.

“I really admired how they [magistrates] really controlled the courtroom and set the tone for giving people access and making sure they felt comfortable in the courtroom,” she noted. “They dealt with all the components of the courtroom, whether it was probation, members of the public, the lawyers, the other court officers. There was the administrative aspect and also the substantive aspect, where they presided over small claims and criminal show-cause hearings, and I decided that’s really what I wanted to do.

“When I got that job, I was thrilled, and I loved it,” she went on. “I really anticipated staying there.”

“I think we’re always our toughest critics,” she said. “We want to be at our very best before we move on to the next level; you want to make sure you’re ready for the responsibility, have the education and knowledge, all that.

“Judge Boyle said, ‘why don’t you think about it?’” she went on. “I said, ‘but I’m not ready, judge; I haven’t even thought about it.’ And he said, ‘well, you should think about it.’ That meant a lot to me that someone who has seen me grow through my legal career thought this was something I should consider.”

Eventually, she gained the confidence to apply, and while her first bid for the bench was not successful, she applied again, and this this time, in a decidedly different interview process in the midst of a pandemic, she succeeded in impressing various interviewers and the Governor’s Council, the body that confirms nominations made by the governor.

She said her four years as assistant clerk magistrate certainly has prepared her for this next stage of her career.

“Also,” she went on, “to sit in those sessions with the judges in motion hearings and trials, and listen and try to anticipate how I would respond to those issues, has been a tremendous platform for me, and a way to be prepared for the role of associate justice.”

If the interviewing and selection process was different because of COVID-19, so, too, was the swearing-in ceremony.

Usually a formal affair attended by hundreds of colleagues, friends, and family, this swearing-in was conducted from her dining room with just a few people in attendance.

“I had planned to have it in the atrium on the Springfield District Court, where I could hopefully social distance and have the public, friends, and colleagues in attendance,” she said. “But, given the circumstances, it seemed safer just to have a small swearing-in for now.”

As for where she’ll be next week, or the week after … she doesn’t know yet. While appointed out of Westfield, she could be in one of several other courts across the region, from Chicopee to Palmer to Orange, depending on where there is need.

What she does know is that, whichever court she’s in, she’ll bring in that mindset she mentioned at the top — that court cases are not documents or pieces of paper; they represent people, families, and communities.

It was the ability to communicate this philosophy, if you will, that helped her win this coveted — and historic — appointment, and it’s the one that will guide her for the next 26 years or so. 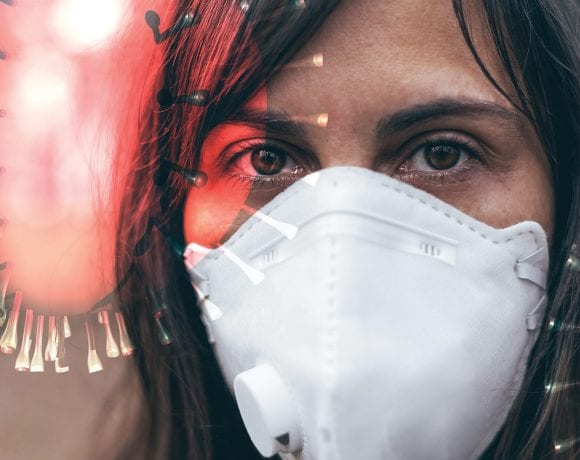 COVID-19 Takes Significant Toll on Women in the Workforce