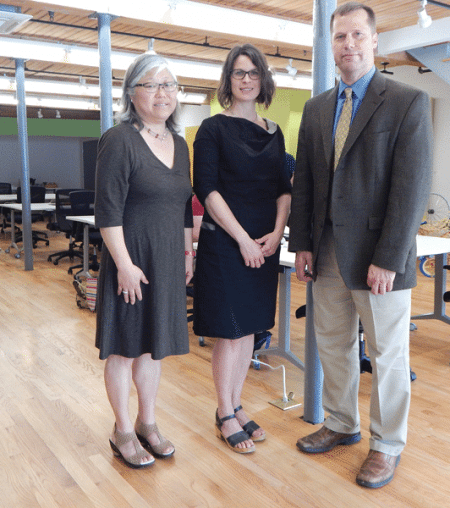 Northampton Mayor David Narkewicz says the scope of new construction and renovation projects that were recently completed, are underway, or are in the planning stages total $36 million, and attest to the city’s strong financial position and vibrant downtown.

“We’ve seen high levels of residential and commercial construction over the past few years, and Standard & Poor’s recently upgraded our bond rating to AAA,” he said, adding that only 65 out of 351 cities and towns in the Commonwealth have attained that status.

Meanwhile, downtown Northampton has long been the envy of nearby cities as a center for arts and culture, renowned for live music, and has a plethora of restaurants in every price range.

It is also home to many retail shops, and Thornes Marketplace on 150 Main St. is fully rented for the first time in 40 years.

However, reports surfaced in January that the city’s downtown was suffering a setback, with 14 of its 251 storefronts vacant.

Narkewicz doesn’t discount the concerns and discussion that occurred when the information was publicized, but says people have been writing the city’s obituary for the past decade, and the majority of closings can be attributed to cyclical turnovers that occur whenever long-term owners retire, which is the case for many businesses that closed their doors.

The vacant storefronts are filling back up, and the city has taken a proactive stance to ensure that the public gets accurate information. To that end, data has been collected that provides an accurate analysis of existing properties. It has been published in a new ‘Downtown Indicator’ on the city’s website that will be updated in July.

Architect Mary Yung is a well-known resident who is enthusiastic about the city’s downtown. She lives in the neighborhood, and created Market9.5 LLC 18 months ago so she could purchase and develop a 9,000-square-foot building at 9 1/2 Market St. It was chosen with the intention of using it to expand Click Workspace, which offers shared space to entrepreneurs, techies, and professionals who work remotely.

“After I was contacted by Click and asked to help them grow, I made it my mission to find a space within walking distance of the restaurants and shops that could also offer cultural events and professional development,” said the manager, member, and president of the Click Workspace board, adding that she had another client looking for a downtown location whose search also proved successful.

Click offers memberships on a variety of levels, and reflects the growing popularity of shared workspace among young professionals, who find that the concept promotes collaboration and networking. And since its Market Street location opened, it has grown from 27 to 41 members.

“The neighborhood is thriving, and a new Edward Jones office and juice bar also opened on the street,” said manager and member Erika Zekos.

The mayor added that new bike racks have been installed in the area because some Click members want to bike to work, which aligns nicely with the Sustainable Northampton Comprehensive Plan and Complete Streets ordinance.

In addition to the $1.6 million conversion of the Market Street building occupied by Click Workspace, two other projects are taking place in the eastern section of downtown, and another four are underway that will allow more people to live in the neighborhood and increase foot traffic for existing businesses and potential new ones, making the city even more of a destination.

Housing options are increasing, and Christopher Heights of Northampton opened earlier this year at Village Hill on the grounds of the former Northampton State Hospital. The 126-acre, mixed-use, assisted living complex is within walking distance of downtown, and its 83 units, half of which are affordable, are slowly being occupied.

“Christopher Heights increases people’s options because they can enter at the market-rate price and transition to the affordable rate as they deplete their resources,” Narkewicz said, noting many people find Northampton an attractive place to retire due to its walkability.

The new development is one of three assisted-living projects in the city, including Linda Manor and Violette’s Crossing at Rockridge, which is under construction and expected to open late this summer. It will offer 25 one- and two-bedroom apartments for seniors with annual incomes of less than $40,000 and assets of less than $200,000.

New England Urban Senior Living is another important project focused on an $18 million re-conversion of the historic former St. John’s Cantius Church into a three story, 61-unit independent-living facility with a restaurant that faces Hawley Street. The property was purchased from the Roman Catholic Diocese of Springfield. and the project is in the permitting stage.

The third project in the eastern section of downtown was initiated by Northampton Arts Trust. It purchased 33 Hawley St., across from the church, and plans a $5 million to $6 million renovation that will transform the building into a multi-dimensional, energy-efficient arts, cultural, and education center with a black-box theater.

The Mass. Cultural Council awarded the trust a $300,000 grant, but the rest of the money for the project will be raised through private donations and by leveraging state art grants.

“This is really, really important in terms of sustaining this part of our economy,” Narkewicz said, explaining that Northampton’s reputation as a center for the arts makes it difficult for new artists to find affordable exhibit space, and this project is aimed at filling that need.

The city is also in the middle of a $3.4 million renovation and expansion of the one-acre Pulaski Park, located between the Academy of Music and Memorial Hall. Phase 1 of the project is coming to an end, and the renovated, improved park is scheduled to open later this summer. It will feature a vibrant plaza, a performance stage, a sloping green lawn, new nature play area for children, and a garden watered by stormwater channeled from Main Street.

Phase 2, which will begin sometime in the near future, will expand the park by providing a better connection with the Roundhouse parking lot below, which is now accessible only via steps that lead to South Street behind the Academy of Music.

Construction is also taking place on Pleasant Street, which is an area the city hopes will become an extension of downtown. In addition to the city’s Union (Amtrak) Station, Valley Community Development Corp. plans to transform the former Northampton Lumber Co. Inc. property at 256 Pleasant St. into housing, retail, and office space.

Narkewicz told BusinessWest that these investments are being supported by infrastructure improvements. “The city is working to increase economic activity and extend sidewalks and bike lanes throughout the Pleasant Street area, and the state is redesigning the intersection at Conz and Pleasant streets,” he said, explaining that a roundabout is being created that will provide a beautiful gateway to that section of downtown.

Change is also occurring on the campus of the Clarke School for Hearing and Speech, which sold two former dormitories to a group led by developer Peter Picknelly.

A $10 million luxury apartment complex is being created in Hubbard Hall and Rogers Hall, which are listed on the National Register of Historic Places and offer stunning views of mountains and the city’s eclectic downtown, which is a 10-minute walk away.

Narkewicz said everything possible has been done to preserve the historic character of the buildings, and some apartments feature relics such as old classroom chalkboards.

Economic Development Director Terence Masterson said Gawith Hall on the Clarke School campus is also being repurposed by CheckWriters HQ, a regional human-resources service firm in Holyoke. “Fifty employees will be moved to the building when the $1.8 million renovation is complete,” he noted.

Two years ago, when the city’s business-improvement district was declared null and void due to a lawsuit that involved a technicality, Narkewicz convened a stakeholders meeting of business and property owners. It resulted in the creation of a new entity called the Downtown Northampton Assoc., better known as the DNA, that launched in April and recently hired a new director.

“We took a proactive role in the DNA’s creation and are supporting it because we view it as an important investment in the future health and growth of downtown and the entire city. It represents a new chapter,” the mayor said, explaining that the city and chamber of commerce are key partners in the DNA, and the city created a new position for a maintenance staff person whose job will involve cleaning and beautification efforts downtown.

A number of other projects are also underway or have been recently completed. Last October, Smith College finished a $1.5 million project. Major renovations were made to the historic Grecourt Gates as well as to the front entrance of the campus that enters the downtown area.

In addition, Narcewicz said, the state recently approved a major funding award to HAP Inc. to help it raze Northampton Lodging on Pleasant Street and build a new facility that will contain a office space and both market-rate and affordable housing.

Development is also continuing at Village Hill, and VCA Inc., which was one of the first business tenants on the property, is purchasing an adjoining parcel of land from MassDevelopment.

“They’re planning a $1 million, 13,000-square-foot addition that will include a 3,000-square-foot metal shop,” Masterson said. “VCA currently has 30 employees, and they plan to add six new positions when the expansion is complete.”

Efforts are also underway to convert the long-dormant Male Attendants Building on the Village Hill campus into upscale condominiums, and plans have been approved for Transformations Inc. to build Summit Oaks at Village Hill, a net-zero-energy housing complex on 35 acres that will include duplex town houses, single-family homes, and co-housing. Another project that has been completed is the new $6 million Fairfield Inn, which opened last fall. It’s a short distance from downtown and is expected to lodge at least 20,000 people each year.

The combination of new construction and redevelopment bodes well for the city, and Narkewicz says the outlook is positive.

“I’m bullish on the city,” he said, “and we consistently see people interested in moving their businesses here.” 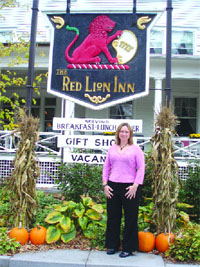 Looking at the Big Picture 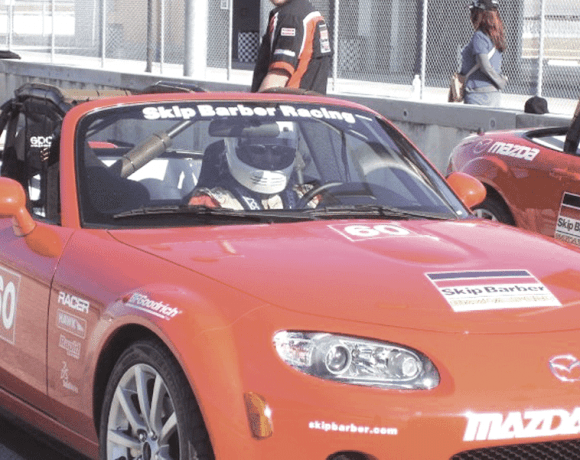 Getting Up to Speed 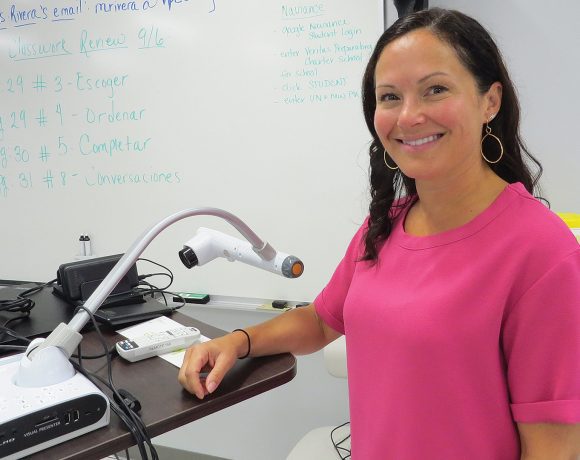