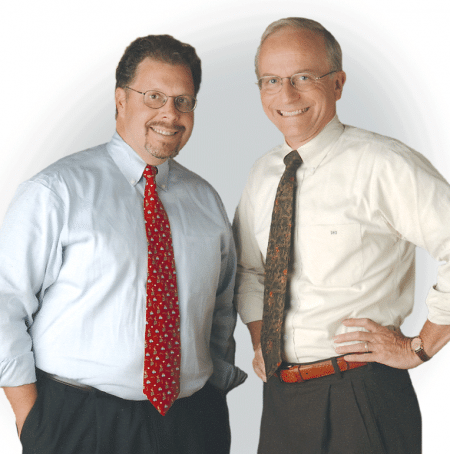 The A stands for ‘achieve academically.’ The I, ‘inspire to attend college,’ and the M, ‘move toward personal, family, and community advancement.’

The Y? Well, that’s there for two of the main drivers in this ambitious initiative, the YMCA of Greater Springfield and the 75-year-old local grocery chain Big Y, which provided financial and logistical support to help get it off the ground, and remains a strong supporter.

In a nutshell, the program, which started with Springfield Sci-Tech High School and has recently been expanded to two more schools, places youth advocates in those facilities to help young people stay connected, engaged, motivated, and productive. And the first-year results were stunning.

In a school system where the dropout rate is just under 50%, 38 of the 39 seniors who participated in the initiative’s pilot program graduated, 36 applied to college, and all of them were accepted; two more entered the military.

“And these were at-risk kids,” said Charlie D’Amour, president and COO of Big Y. “This was not a selected pool of kids who would do well anywhere; they were clearly at risk of dropping out and not finishing high school.”

Participation in the Y-AIM program is just one of myriad reasons why D’Amour and his cousin Donald (chairman and CEO), the sons of Big Y founders Gerry and Paul D’Amour, respectively, have been chosen as Difference Makers for 2012. The two have long records of success in business, community service, and philanthropy, and perhaps the best thing they’ve done is involve other executives at Big Y, rank-and-file employees, and customers in many of the initiatives, a point they reiterated many times.

Here is just a partial list of those reasons:

• Company growth. Under their joint leadership, which unofficially began in the late ’80s (the transfer of power was a fluid process), Donald and Charlie D’Amour have more than doubled the size of the family business, with total sales now above $1.5 billion, and a projected annual economic impact (payroll and spending at local businesses) of $375 million.

• Employment in Big Y food and liquor stores in Massachusetts and Connecticut, which now totals more than 10,000. Meanwhile, over the years, the company has provided several thousand people with their first job, a fact the two cousins say they are seemingly reminded of every day.

• Community service to area organizations and institutions. While there are many lines on both résumés, Donald is perhaps best known for his work with the Springfield Library & Museums. In fact, one of the facilities is now known as the Michele & Donald D’Amour Fine Arts Museum in recognition of their many contributions of time, money, and inspiration. Charlie, meanwhile, is most known for his long service to Baystate Health; he’s been on the board of directors for many years, and was president in 2009 when the critical decision was made to move forward with the $296 million Hospital of the Future project, despite the fact that the economy was in free fall.

• Many contributions in the broad realm of education, from Y-AIM to a scholarship program that has awarded more than $3 million to date, to the Homework Helpline, a one-on-one homework-assistance service for students in kindergarten through grade 12.

• Donations of food by the Big Y corporation to area food pantries that average an estimated $5 million annually.

• Contributions in health care, perhaps the most notable being a financial donation that put the D’Amour name over Baystate Health’s cancer center.

• Fund-raising efforts staged at Big Y stores to benefit the victims of disasters ranging from the tornado in Springfield to the earthquake in Haiti, to the tsunami in Japan.

• An annual giving campaign involving employees which now raises in excess of $350,000, with all proceeds spent locally.

• The BEST (Big Y Employees Sharing Time) program, through which employees of specific stores donate time to the host community for initiatives ranging from park cleanup to service at a local shelter.

On the occasion of their being selected as Difference Makers for 2012, BusinessWest conducted a lengthy phone interview with the two cousins (Donald now winters in Florida), which was laced with good-natured barbs between the two, who grew up delivering watermelons together for the business their fathers were then taking to the next level.

While noting that his time spent on endeavors within the community has escalated over the years, Charlie said, “people say I’m pretty good at what I do here at Big Y; they joke that maybe I should try doing it full-time.” To which Don remarked, “they’re not joking.”

But the two were much more serious when talking about that lengthy list of reasons why they’ll be honored at the Log Cabin on March 22. Indeed, when asked about the motivations for their work with area institutions and within the broad realm of philanthropy, Charlie said, “we look for things that can have an impact.”

“We’re focused on health, education, and hunger, because we’re in the food business,” he continued. “We look for programs that are going to be meaningful in the community and that will have direct impact.”

Don concurred, noting that, in many respects, he and Charlie are continuing and escalating a tradition of giving back started by their fathers.

“They set the tone for us,” Donald said of his father and uncle. “They were always doing things in the community — and they were very busy, too; they worked around the clock. I’m not saying that we don’t work hard, but Gerry would work at home on Sundays doing the ads, and those two were always on the phone talking to one another.

“They didn’t have a lot of leisure time,” he continued. “But they somehow found the time to get involved in the community. They sat on local community boards, be it chambers of commerce, hospitals, or colleges, and were always in a philanthropic mode. They set a very good precedent for us.”

Don noted that his paternal grandmother was a schoolteacher, and she impressed upon his father and uncle the importance of education, a philanthropic attitude that has manifested itself in many ways, from donations of time and money by the first generation to Western New England University, where the library now bears the names of Big Y’s founders, to the Homework Helpline.

The Y-AIM program is the latest example of this focus on education, and the results speak for themselves, said Charlie.

“There is so much being thrown at the Springfield schools to try to move that needle and improve graduation rates and improve college matriculation rates,” he said. “And they’re nowhere near as successful in terms of getting results as this one, and I think it’s because of its comprehensive nature with youth advocates in the schools working directly with these young people.”

There is a work component to the program, said Don, noting that many participants land jobs with Big Y, and for most of them, it’s their first work experience. Providing such opportunities is a responsibility all those at the company take very seriously, he noted.

Charlie agreed. “We have to teach these young people how to dress, work with the public, read a schedule, and what to do with a paycheck,” he explained. “It’s very gratifying to see that sense of empowerment that these kids feel when they earn their first paycheck and it’s their money.”

For providing a path to those first paychecks — and for the many other reasons listed (and not listed) above, Donald and Charlie D’Amour, and all those in the Big Y family involved in their efforts, are truly Difference Makers.