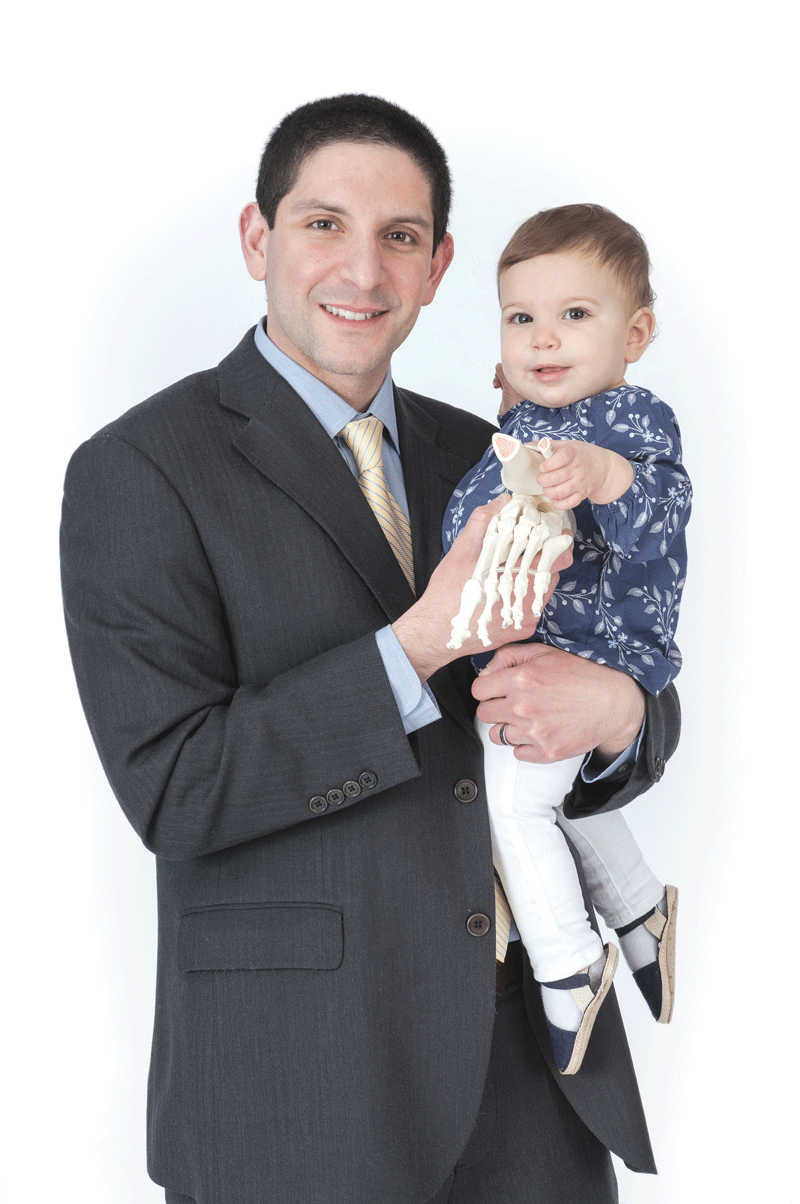 From his grade school days, Dr. Anthony Sarage was intrigued by medicine. “I always wanted to do something in the medical field — that was always something interesting to me — but there were so many different medical specialties out there.”

What wound up grabbing his interest were the lowly feet — not a part of the body people often think about enough, or at least not as much as they should, especially as they get older or are especially active.

As a podiatric surgeon, he treats patients of all kinds — from newborns to geriatric patients — at Western Massachusetts Podiatry Associates, P.C. in East Longmeadow.

“I joined back in 2007 and have been a partner for the past four years,” said Sarage, who performed his residency in reconstructive foot and ankle surgery. “There’s a wide variety of things we see on a daily basis, from medical management to surgery to sports medicine. It really is a comprehensive foot and ankle practice.”

The practice boasts additional locations in Northampton and Ware, and Sarage performs surgery at Baystate Medical Center, Baystate Mary Lane Medical Center, and Mercy Medical Center. He has also served as a trustee of the Mass. Podiatric Society since 2012, an examination reviewer with the National Board of Podiatric Medical Examiners since 2008, and the Springfield College Alumni Assoc. since 2000; at college, he racked up numerous academic awards and was class president for four years.

In addition to the variety of conditions he treats on a daily basis, his practice also has a partnership with the Baystate Wound Care Center, he noted, an important aspect of podiatry since effective wound treatment is often a key factor in limb preservation.

Sarage understands the importance of healthy feet for an active lifestyle, as he and his wife, Dawn — a nursing administrator at the Hospital of Central Connecticut — are avid fans of the outdoors, enjoying running (including half-marathons), cycling, and golfing, among other activities. But he’s a sports fan of the more passive kind, too.

“I’m definitely big into the Patriots, Bruins, and Yankees,” he said. “Yes, a Patriot and Yankee fan. That’s not an easy thing to be.”

Sarage’s love of family — he and his wife had a daughter, Lea, late last year — is just one more reason podiatry makes sense for him.

“My job is more conducive to a 9-to-5 schedule, as opposed to being up all hours of the night and weekend,” he said. “That’s a big draw, the lifestyle and family standpoint.”