Ruling Blurs the Line Between Public Use and Private Economic Development

In June of this year, the U.S. Supreme Court, in a 5-4 ruling, granted cities and towns the right to take private property to promote private economic development projects even though the Constitution prohibits the government from taking private property except for a ‘public use.’

The ruling, derived from Kelo v. New London, a land-use law case argued before the court on Feb. 22, 2005, ended a bitter, intently watched confrontation between homeowners and the City of New London, Conn. The case arose from New London’s use of eminent domain to condemn privately owned real property so that it could be used for economic development.

A private entity acting as the city’s legally appointed agent, the New London Development Corporation (NLDC), created a development plan that included the construction of a resort hotel and conference center, a new state park, 80-100 new residences, and various research, office, and retail space. In 2000, the city of New London approved the plan and authorized the corporation to acquire the land in the Fort Trumbull neighborhood.

The owners of approximately 100 of the subject lots agreed to sell to the corporation at a negotiated price. However, 15 owners did not agree, and the city ordered the development corporation to condemn the 15 holdout owners’ lots.

The last clause of the Fifth Amendment to the United States Constitution, known as the Taking Clause, states “nor shall private property be taken for public use, without just compensation.” The owners sued the city in Connecticut courts, arguing that the city had misused its eminent domain power, therefore violating the public use requirement of the Takings Clause of the Fifth Amendment.

However, the Supreme Court disagreed. The court, led by Justice John Paul Stevens who wrote the opinion, concluded that the government can legitimately use eminent domain if it believes it will “provide appreciable benefits to the community, including but by no means limited to new jobs and increased tax revenue.” Furthermore, the court reiterated its policy of deference to local municipalities in determining what public needs left the use of the takings power. As such, the NLDC’s conclusion that the 90-acre redevelopment area was sufficiently distressed to left a program of economic rejuvenation was entitled to deference by the court. Moreover, Justice Stephens cited cases in which the court has interpreted ‘public use’ to include not only such traditional projects as bridges and highways but also slum clearance and land redistribution.

Justice Stevens’s opinion provoked a sharply written dissent from Justice Sandra Day O’Connor, who wrote that the decision will “wash out” any distinction between public and private uses of property, leaving homeowners vulnerable to the whims of unelected planning agencies. Furthermore, Justice O’Connor contended that the “specter of condemnation hangs over all property. Nothing is to prevent the State from replacing any Motel 6 with a Ritz-Carlton, any home with a shopping mall, or any farm with a factory.”

The decision also elicited strong opinions from those in academia. For example, Richard Epstein, Professor of Law, University of Chicago, wrote that “[t]he ‘public use’ test is so broad that no major government initiative fails to meet it, for every large-scale project could be justified in the name of ‘economic development’ even if the plan is a dead loser from the moment of conception.”

The backlash against the Supreme Court ruling has bolstered landowners and politicians to fight the seizures. According to a lawyer at the Institute for Justice, “It is finally dawning on homeowners and small businesses that ‘this could happen to me.’” A Quinnipiac University poll shows just how much the eminent-domain issue resonates. By an 11-to-1 margin, those surveyed said they opposed the taking of private property for private uses, even if it is for the public economic good.

Justice Stephens declared in his opinion that states may use their own constitutions and laws to limit eminent domain powers. In the six weeks after the Supreme Court’s ruling in the Kelo v. New London case, bills have been introduced in Congress and in more than half of the state legislatures that would restrict, to varying degrees, the use of eminent domain for private development.

In Massachusetts, a bipartisan group of state lawmakers led by State Rep. Bradley Jones, (R-North Reading), has filed a petition, a bill, and a proposed state constitutional amendment designed to limit the power of cities and towns to take private property by eminent domain. The bill would bar cities and towns from seizing private property solely for economic development except in cases where the property is “a substandard, decadent, or blighted open area” under state law.

Massachusetts has a history of unpopular and economically flawed takings. Two
famous examples are the eradication of four townships nearly a century ago to
construct the Quabbin reservoir in central Massachusetts, and the bulldozing of
Boston’s West End in the 1960s in the name of urban renewal. Both are now routinely lamented.

Local leaders and agencies such as the Boston Redevelopment Authority, who
fear that restricting the power of eminent domain will hamper their efforts to rejuvenate rundown neighborhoods by providing new jobs and increasing tax revenues, will likely provide strong resistance to the proposed bill.

These leaders and agencies will argue that the current legislative standards are sufficient and in recent years Massachusetts courts have held local officials to a relatively high standard of what constitutes the public good. They will cite a 2000 Superior Court decision barring Springfield from taking private land to build a minor league ballpark as an example of the impartiality and effectiveness of the current legislation.

In conclusion, courts have long struggled to determine what is a constitutionally permissible justification for taking property. Some argue that the Kelo decision is a landmark decision greatly expanding the government’s power to take private property
while others view the decision as not much of a change, as it has long been recognized that the government has broad powers to order the sale of property.

However, it can be definitively stated that businesses that hope to benefit from
an eminent domain taking can expect organized resistance and negative publicity
despite the intentions of the proponent. 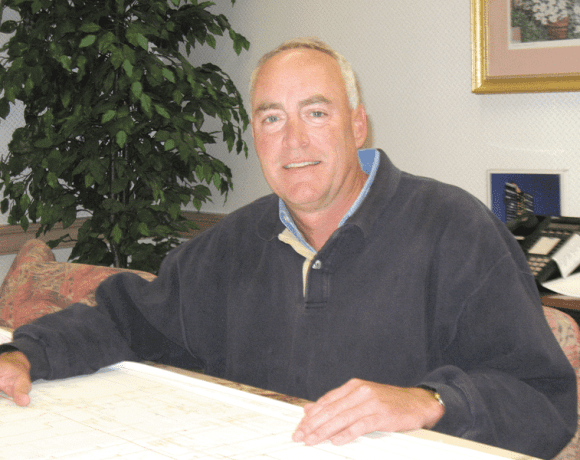