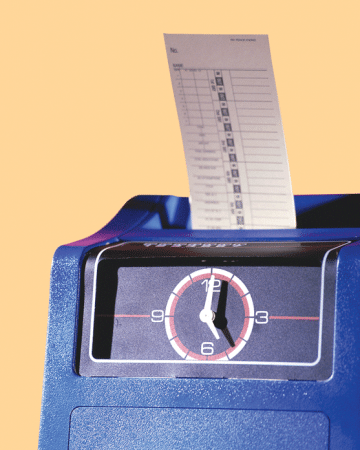 The income threshold under which workers are entitled to overtime pay, many argue, has been far too low for far too long. But raising it from $23,660 to $47,476, as the U.S. Department of Labor will do on Dec. 1, is a more significant jump than most businesses expected. With that deadline looming, employers are considering a number of strategies aimed at adhering to the new rule, keeping employees happy, and protecting the bottom line.

If employers are just starting now to grapple with the implications of the U.S. Department of Labor’s new rules regarding overtime pay, Mark Adams said, they’ve wasted a lot of time.

“That’s a lot to plan for in two months,” said Adams, who leads the HR Solutions team at the Employers Assoc. of the NorthEast, which has been helping EANE members navigate the change, which will dramatically increase the number of workers who qualify for overtime pay.

“Some of these proposed rules were being articulated back in 2015,” he noted, “so as we turned the page into 2016, we were saying, ‘don’t wait for some legislative bailout to happen. When Dec. 1 arrives, you want to have a plan in place that could work and minimize the impact as much as possible for your business.’ Frankly, much of this should have been done early in the game.” 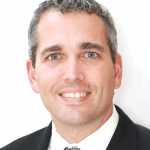 We’ve heard from our members, small businesses, nonprofits, and other employers that the salary threshold is going to result in significant new labor costs and cause many disruptions in how work gets done.”

In fact, a bill recently passed the U.S. House of Representatives aiming to delay implementation for six months, but even if it passes the Senate, it’s unlikely to overcome a promised veto by President Obama.

Currently, DOL rules grant overtime pay to people who gross a salary of less than $23,660 per year. On Dec. 1, that salary threshold will jump to $47,476, meaning employees who gross less than $913 per week would be eligible to claim time-and-a-half pay beyond 40 hours worked in a given week.

Between 4 million and 5 million workers are expected to be impacted within the first year of implementation, and employers in sectors including fast food, retail, colleges and nonprofits worry that the rule will drive up their costs and force them to cut employees’ hours and depress hiring. A lawsuit filed last month by a coalition of labor groups and state attorneys general claims as much.

“We’ve heard from our members, small businesses, nonprofits, and other employers that the salary threshold is going to result in significant new labor costs and cause many disruptions in how work gets done,” Randy Johnson, the U.S. Chamber of Commerce’s senior vice president of labor, immigration, and employee benefits, said in a statement.

But lawsuits and legislation are question marks, and the Dec. 1 deadline is, for the time being, a sobering reality for employers, Adams said.

“We’re sitting here, it’s October, and people need to plan. It certainly isn’t a one-size-fits-all proposition for companies,” he said, noting that the EANE has conducted a number of briefings with members. The first step in developing a strategy to deal with the new rule, he explained, is identifying the population that will be affected.

“There are going to be some people not affected at all because they’re making more than the revised amount,” he said. “For those who are going to fall below the threshold that were previously above the threshold, how large is that employee population? What types of jobs are they? What is the gap between what they are making and what the threshold is?”

John Gannon, an associate attorney with Skoler, Abbott & Presser in Springfield, has also been communicating with employer clients on how to handle the new rule, which begins with whether to reclassify employees — from exempt, meaning salaried and not entitled to overtime pay, to non-exempt.

“The rule itself, unlike a lot of things in law, is pretty straightforward. If you’re not earning $913 a week in salary, you need to be reclassified,” he said. “And if we are going to reclassify people, how are we going to pay them? Are we going to convert them to an hourly rate, or keep them on salary and set them up so we still pay them overtime when they work more than 40 hours in a week?”

These questions are being asked in companies across the country. Hopefully, as Adams noted, the conversations started long ago.

As he spoke with BusinessWest, Adams laid out a number of potential strategies for handling the new overtime rule.

“One strategy might be to bump salaries up to the minimum and nothing more,” he said. “But for some, the gap between where they currently lie and what the minimum is might be too much of a financial pill to swallow. 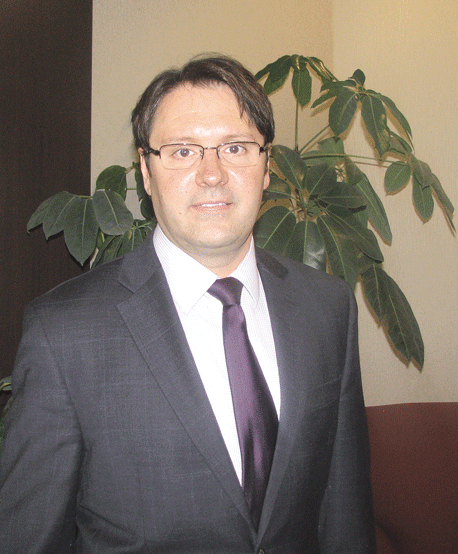 John Gannon says the new overtime rule is a good opportunity for companies to take a fresh, top-to-bottom look at how they classify, pay, and provide benefits to employees.

“A secondary strategy might be to keep the pay where it is, ‘but we’re going to acknowledge you’ll be non-exempt, and we’re going to make the effort to manage your workload so you don’t go above 40 hours a week and trigger overtime,’” he went on. “For some businesses, that might not be feasible, based on the workload and schedule and how they deliver services to clients. For example, there might be production schedules in the manufacturing world that make that impossible.”

A third strategy is to raise an employee’s salary to the new threshold, but add more to their plate to justify the pay raise.

“Again, how readily achievable is that? Are you talking about eliminating positions and rolling two roles into one?” Adams asked. “There are a lot of different strategies that can be employed, but to decide what strategy makes the most sense, you really need to take stock of the business and the culture, what you can afford to do financially, and what kinds of jobs will be affected, to know which strategy is going to work — or maybe a combination of those strategies.”

Gannon noted that the new DOL rule allows employers to include non-discretionary income to comprise up to 10% of the $47,476 threshold, meaning an employee making 90% of that figure in base pay and the rest in bonuses and commissions could still be considered exempt. The old threshold considered base pay only.

There are other ways to navigate the new rule creatively, he added.

“Some employers were surprised to learn they can still keep on paying employees a salary, even though they’re non-exempt,” he said. It’s a classification known as ‘salary non-exempt,’ he explained, and it’s currently uncommon, but the new overtime rule could lead more employers to consider that option.

Whatever the case, he went on, employers must deal with more than the financial challenges of expanded overtime; newly exempt employees moved from salary to hourly status will need to be trained in timekeeping practices they’ve never worried about before. There’s also the matter of status that many employees attach to being salaried.

“From an administrative standpoint, it’s easier to convert everyone to hourly; it makes everything cleaner,” Gannon said. “But from an employee-morale perspective, you might consider keeping them salaried.”

He concedes that just raising everyone’s pay to the new threshold is unlikely to be the best answer for anyone, so reclassifications will be necessary for countless businesses. Questions like whether to convert to hourly pay, keep salaries in place with the potential for overtime, or eliminating overtime altogether must be made on a company-by-company basis. In other words, “how do you implement this in such a way that doesn’t hurt employee morale?”

However, pay isn’t the only test of whether a worker is exempt. There’s also the matter of job duties. An employee is considered exempt even under the $47,476 threshold if their job involves the responsibilities of an executive, administrative, professional, computer, or outside-sales employee. That part of the DOL rules is not changing.

That means raising someone’s pay by consolidating roles and giving them additional responsibilities might itself trigger an overtime exemption, Adams said.

“The duties test is the one that leads to the most litigation — those tests that say the employee has to do X, Y, and Z on a daily basis, or as part of their primary duties, in order to meet the exemption,” Gannon added. “Those aren’t impacted by the new rule. The only thing changing is the salary threshold.”

With that in mind, he’s encouraging employers to take a holistic look at whether some employees may be misclassified in regard to their job duties. “It’s a good opportunity to look at the company and its practices as a whole.”

Gannon noted that the overtime threshold has gone up several times before, albeit not to this degree, and the new law includes an automatic escalator provision that will increase it again every three years — so a strategy of simply raising someone’s pay to the threshold won’t work unless that pay will continue to rise along with the automatic updates.

The National Retail Federation, which is part of the lawsuit being spearheaded by the U.S. Chamber of Commerce, has a different concern, arguing that the new rule will force businesses to limit hours or cut base pay for workers to offset added payroll costs.

“Retailers are already struggling to implement this new government mandate before the swiftly approaching deadline, and the automatic update included in the rule would make them do this same dance every three years,” David French, the trade group’s senior vice president for government relations, said in a statement.

“The dollars-and-cents part of it is not the end-all, be-all. You can’t think of it in a vacuum,” he told BusinessWest, noting that companies are also grappling with the rising costs of healthcare reform, new pay-equity and transparency laws, and ever-changing compliance rules in a host of areas, and the overtime change is one more significant hurdle.

“That’s not to say change wasn’t needed,” he went on. “The salary base was antiquated; if you were making minimum wage, you were almost at the federal threshold. People knew it had to change. But it’s quite a leap to make this quickly, and that’s why a lot of people are pushing back and expressing frustration.” 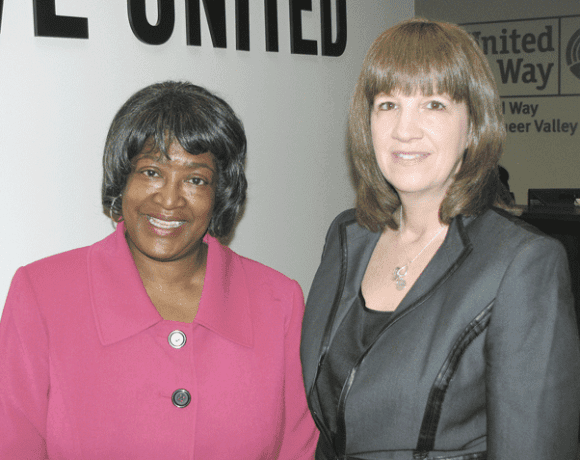